3.1 Difficult questions and answers
​
​One morning Beryl was caught off guard by Christian's unexpected question.

Christian: "Mom, is my dad a criminal?" 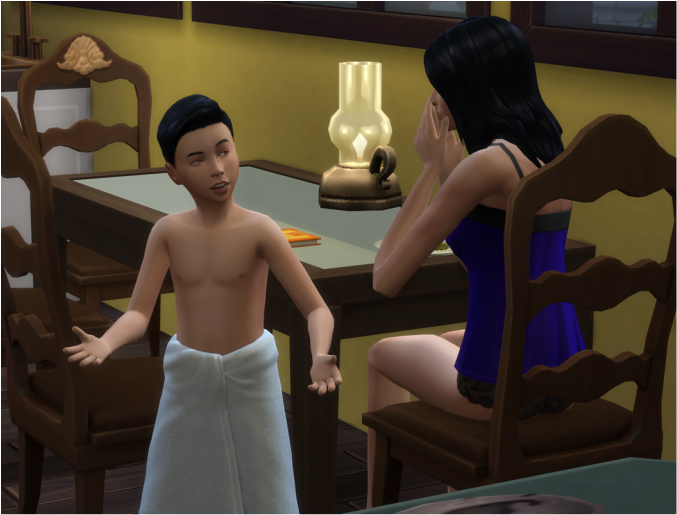 Beryl knew, the idea couldn't come from Christian's own head.

Beryl: "Where did you hear that?"
Christian: "Max Caliente said that his mother said it was in the newspaper. He said that's why my father isn't with us. Cause he's a criminal and is rotting in a prison."
Beryl: "What an awful thing to say! Max's parents did a poor job if they let him talk like that!"
Christian: "So is he? A criminal? My dad?"
Beryl felt a lump in her throat. Tears stung in her eyes.
Beryl: "Your father is a good man, Chris. Never forget that. He saved your uncle Brian." 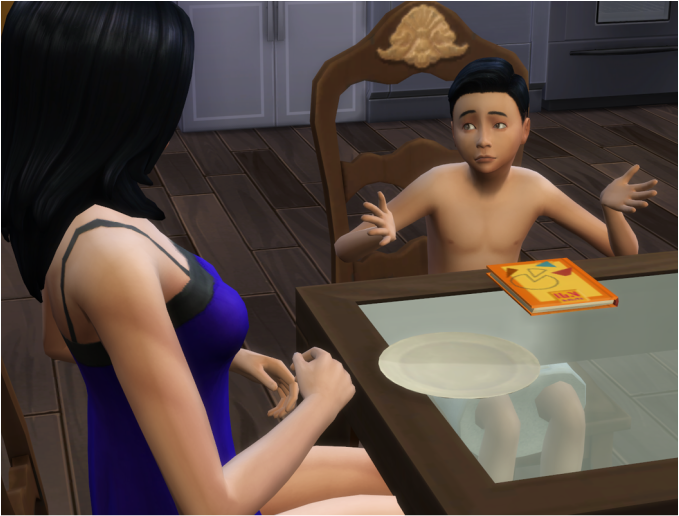 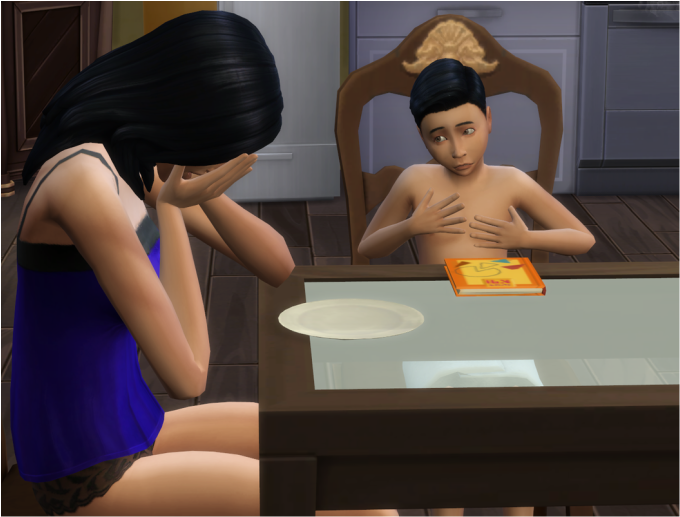 Christian felt awful that he made his mother cry. And it was all Max Caliente's fault! He's gotta have some serious talk with him! 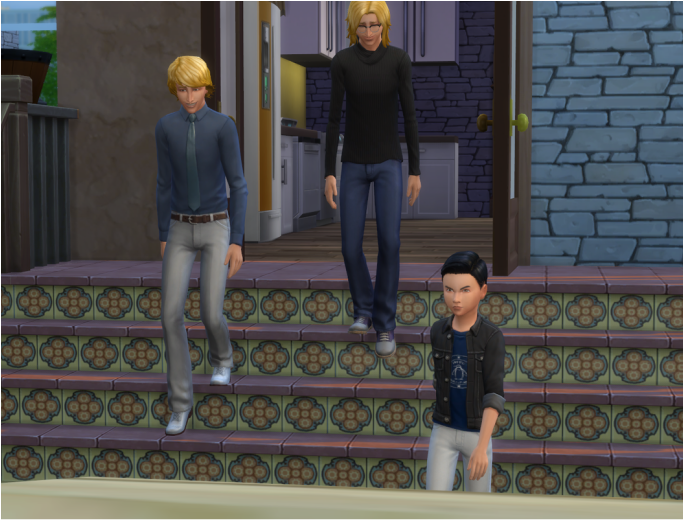 And if he will not listen to a reason, well... Chris has three big uncles to help him with that. 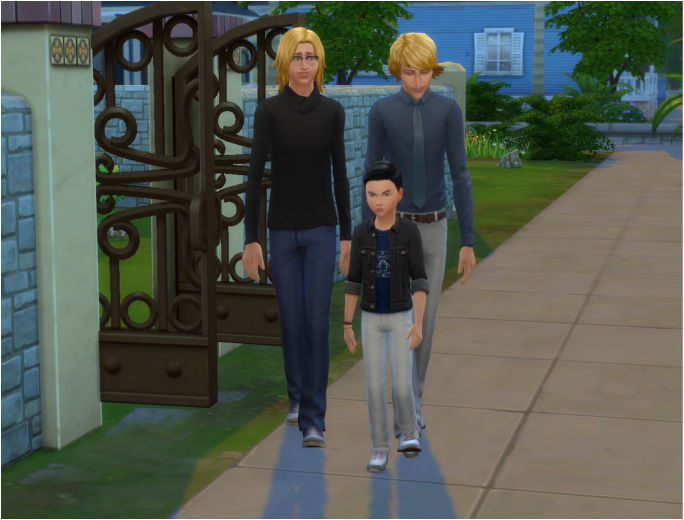 In the afternoon when school was over, Christian confronted Max in the park. 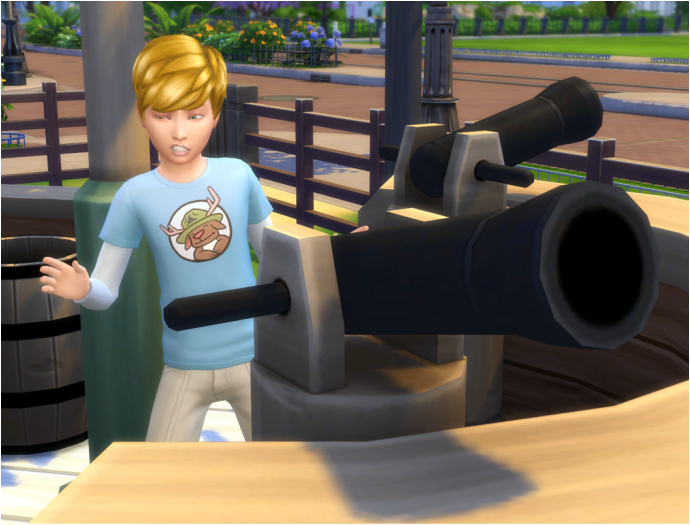 Christian: "My father is a good man, you liar!"
Max: "Me and my mom are no liars! You're a son of a criminal and that's the truth. It was in the newspapers. They never lie in the newspapers and in the tv!" 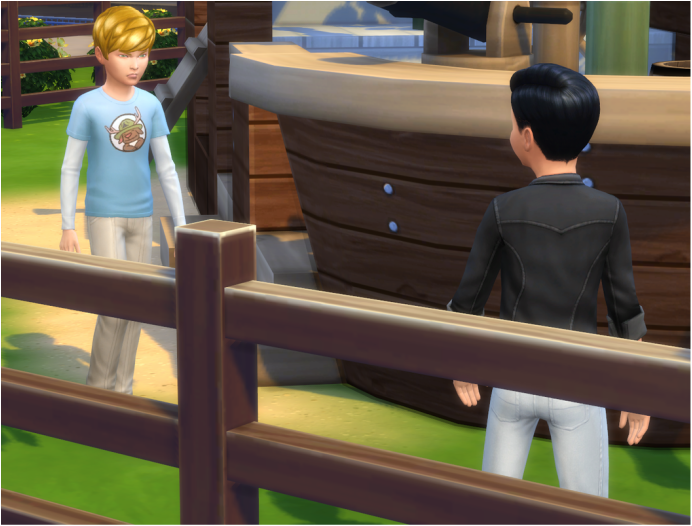 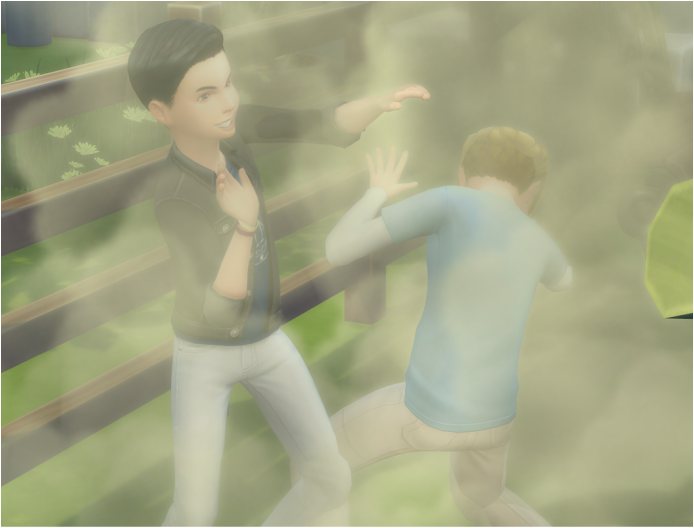 But even though Christian felt he was in the right, Max was stronger than him and beat him badly.

Max: "Who's the llama now, huh? You can go home and tell your daddy. Oh, wait, there's no daddy waiting for you at home. You don't even know what your daddy looks like, haha." 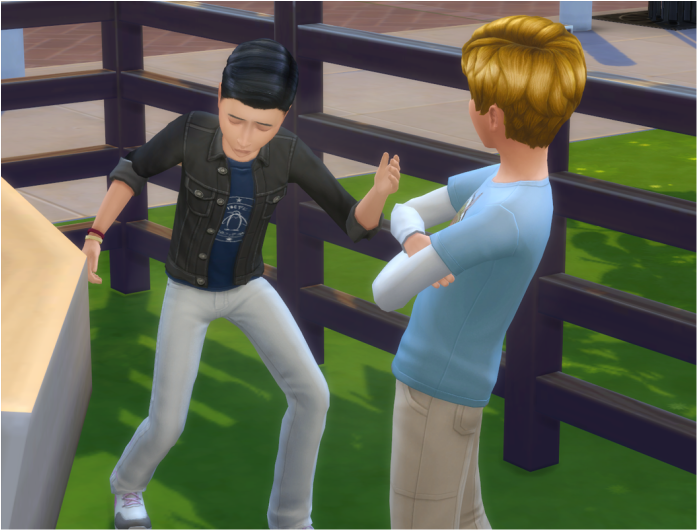 ​Christian went home defeated. He hid in his room and wouldn't come out. Brian was first to notice something was wrong. He went to Chris's room to find out what's troubling his nephew. 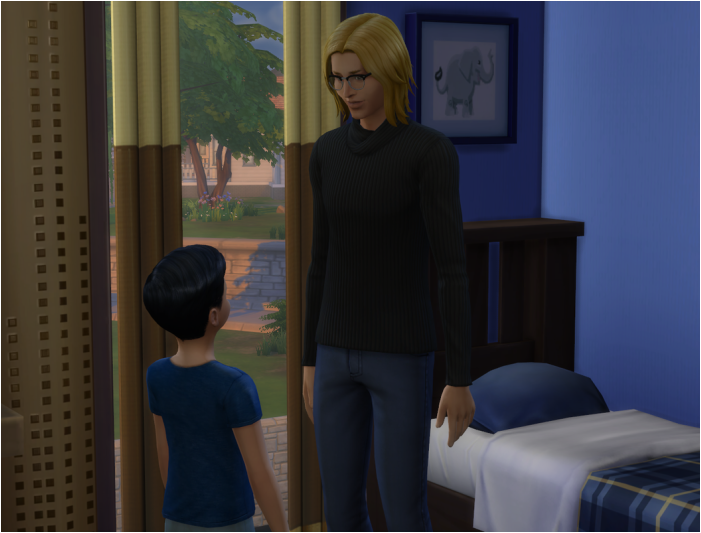 Chris told him everything and asked for his help. Brian was in shock when he learned that his nephew had gotten himself into a fist fight with another kid. 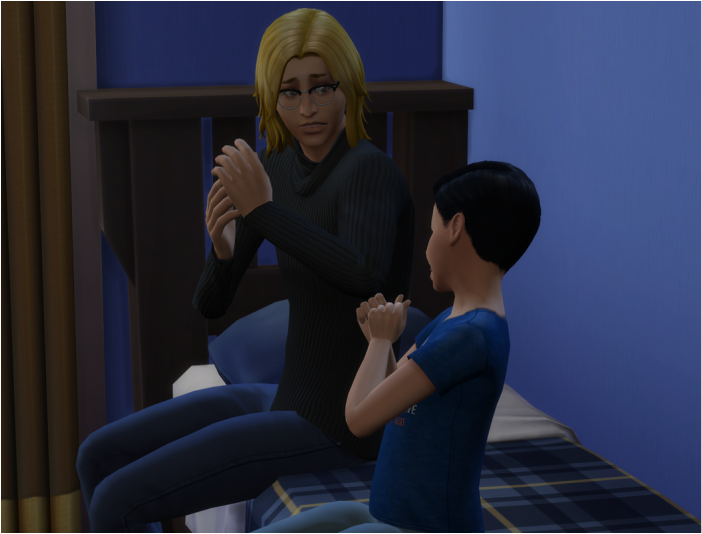 Christian: "If you come with me next time, we can teach him a lesson. Together we'll beat the plum out of him and he won't say those things about my dad anymore. I don't want mom to ever cry again." 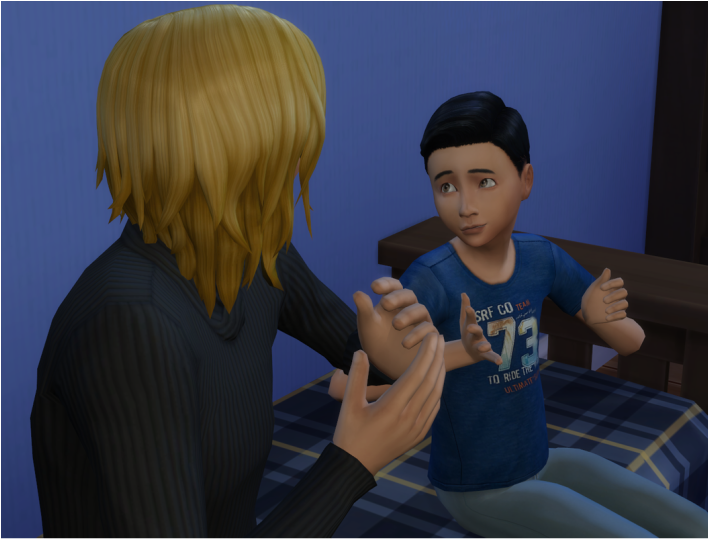 However, Brian realized that it was Christian who needed to learn a lesson.

Brian: "Chris, do you know, why us boys never hit girls?"
Christian: "Because they're weaker, they cannot fight. It wouldn't be fair. It's on us to defend them."
Brian: "That's correct. You're a smart boy. And if we both went and beat Max, would it be fair?"
Christian: "No. But he deserves it!" 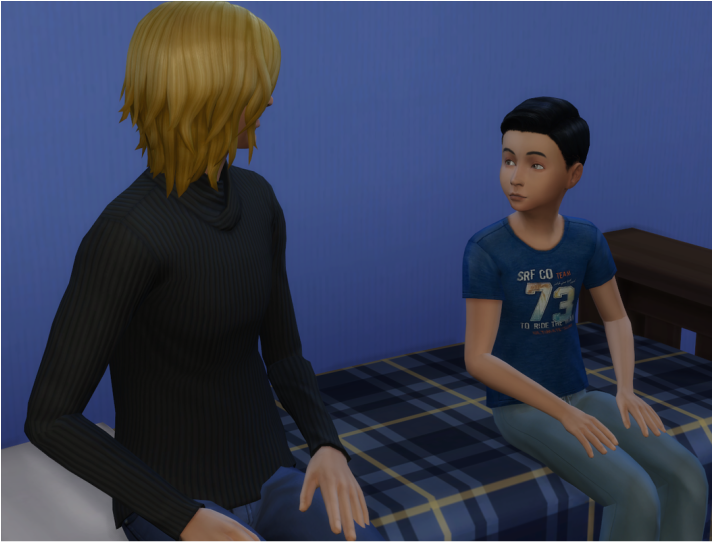 Brian: "That's not the point. If you want to defend someone's honour, Chris, you must do it honourably and fairly. Or you'll be just another bully. Do you understand?"
Christian: "So I must do it alone?"
Brian: "I'm afraid so. I would prefer you didn't fight at all and so would surely your mother. But as a man, I understand that you must defend the honour of your parents."
Christian: "Did you see him?"
Brian: "Who?"
Christian: "My father. When he saved you."
Brian: "I don't remember any of it. I was just a baby. I'm sorry, Chris. I wish I could tell you more." 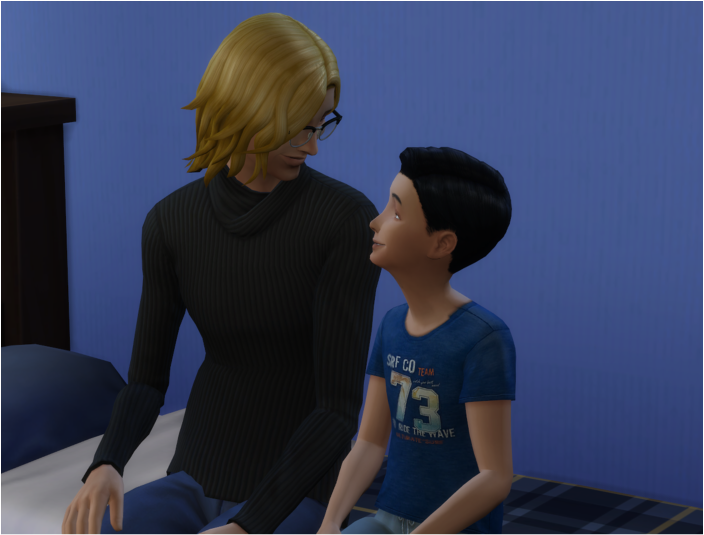 Christian: "So, what should I do to beat Max?"
Brian: "You need to get stronger. You should play more at those monkey bars outside. And I can teach you few tricks. Or you can ask uncle Bradley. He's the one who spends most of his time in the gym. He keeps forgetting going to school every morning, when he's working out. I'm sure he has couple of tricks up his sleeve himself."
Christian: "Okay."
Brian: "But we should keep this between us men. Don't tell your mom. She would get upset."
Christian: "Thank you, uncle Brian. You're the best!" 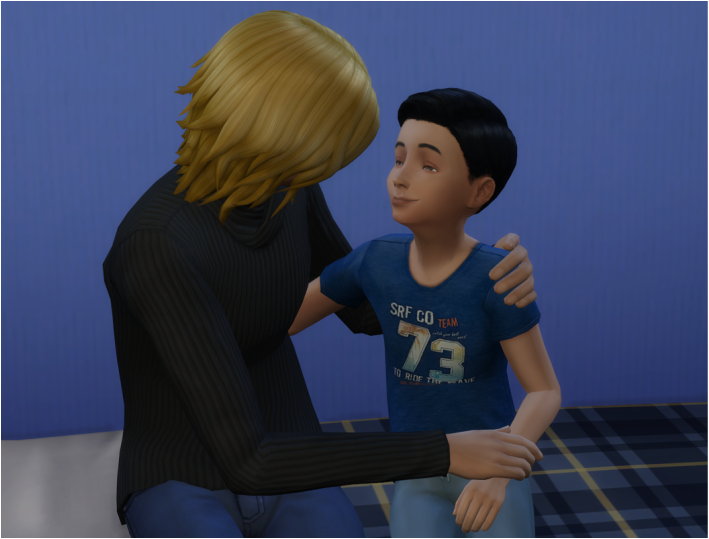 And so Christian started working hard on his motoric skills, his reflexes and endurance. Next time he's going to win the fight with Max, he was sure of it. He's going to make his dad proud. 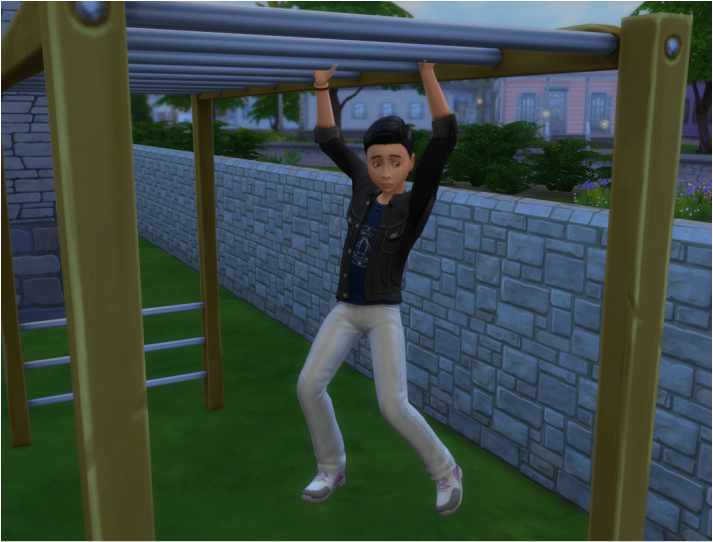