While I was taking pictures for chapters 2.8 and 2.9, I collected some that call for sharing. I hope it is not too distracting for you readers, I know you are probably eager to learn how the baby rescue went, but I couldn't help myself.

Before Tony and Beryl embarked on their rescue mission, they had to fill their status bars to full green. They had to get some sleep, watch tv... But instead of watching tv they were otherwise occupied. They might have shared a bed and a meal or two, but never kissed or woohooed, I swear. No need to say I had to stop them before things got out of hand. 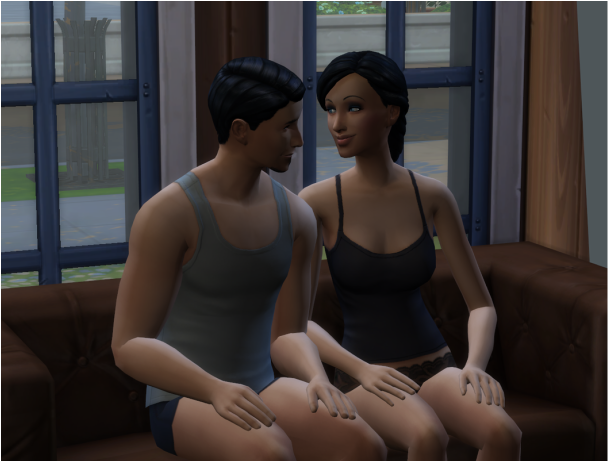 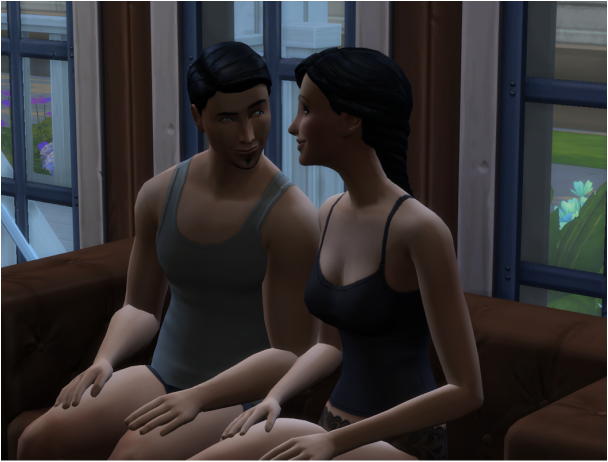 Finally, they were ready to go, when Beryl decided that playing Blicblock on her phone is more important than saving a baby...
Tony: "Watcher, HELP!"
Also notice the sim in the background. He will come closer. 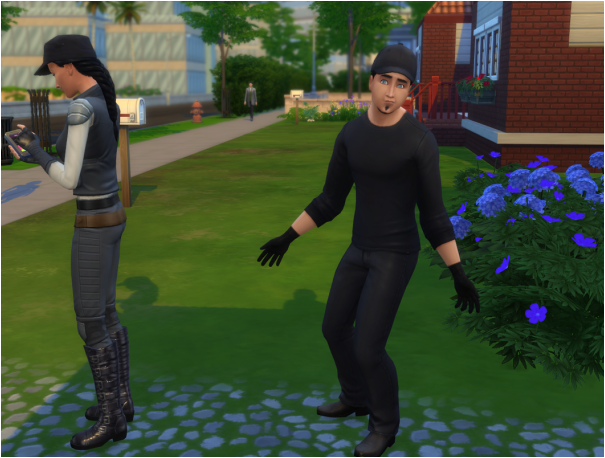 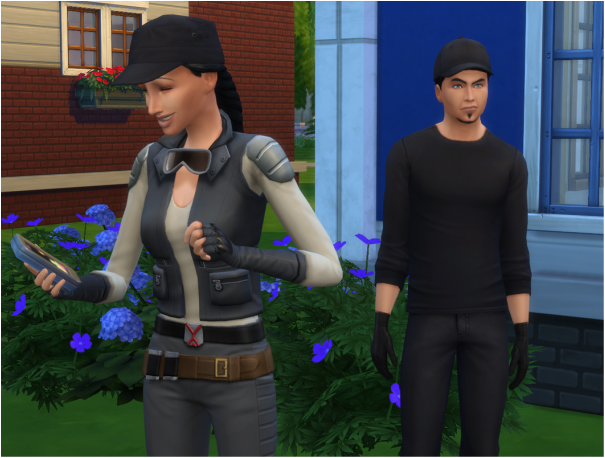 And then all of sudden Beryl's father is passing by.
Me: "What the plum? Aren't you supposed to be at home consoling your wife? And those two sims behind you - you NEVER saw them. Is that clear?" 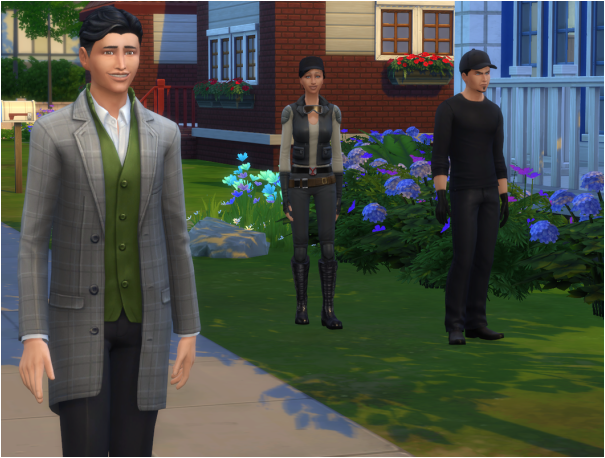 In the middle of the mission Tony had one of his evil laughter moments.
Tony: "I'm a criminal mastermind, baby, mwahahahaha."
Beryl was clearly shocked. 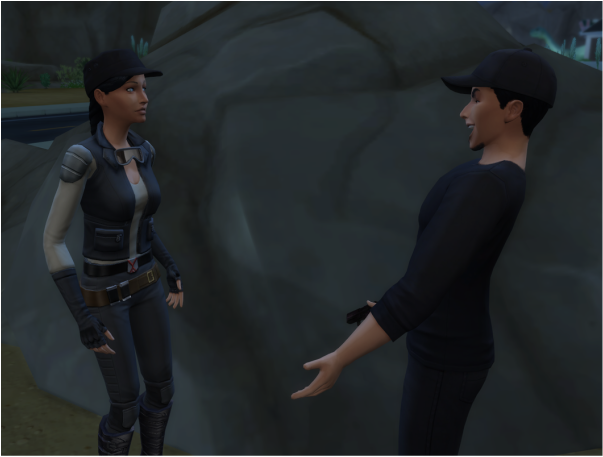 Beryl: "I'm not sure I can handle this anymore. There are criminals everywhere around me. I'm doomed."
Tony: "Come on. Let's kill some sims and have fun." 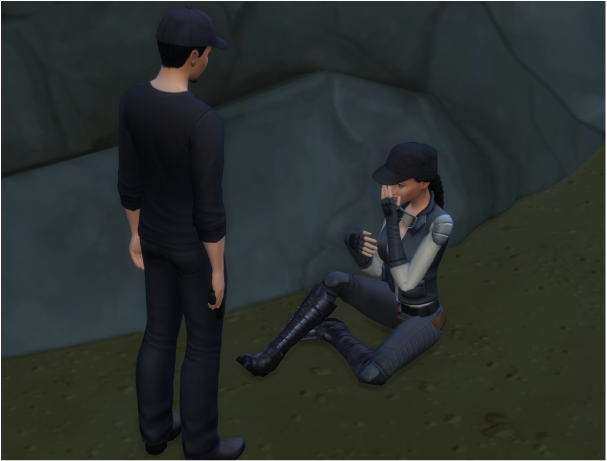 I had to move Tony and Beryl to the kidnappers' lot for the mission. It led to more awkward situations... 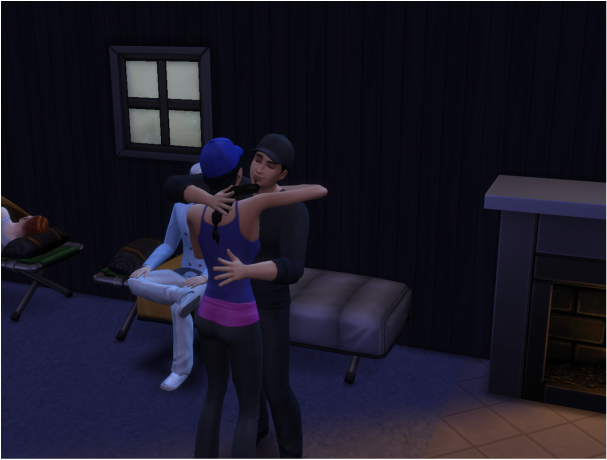 I should also mention that during last couple of chapters several babies were adopted and then robbed of their childhood years as they were forced to have multiple birthdays in a row to be able to leave their foster families in order to adopt new babies. I promise to donate for charity to make amends.