WARNING: Language
​
3.41 Love & Ruin (Part II.)
Tony entered the bookstore in hopes he'd get a chance to speak with Beryl. Bookstores are nice and quiet places, almost like libraries, people tend to whisper there. Perfect place for meeting your girl unnoticed by public.
Unless your beloved is a rising star among romantic novel writers of course. Which somehow escaped Tony's notice. He was more of a disassemble-and-assemble-your-gun-in-two-minutes kind of guy. If it was up to him Encyclopedia of Weapons and History of Torture Techniques Through the Ages would become bestsellers. It simply didn't occur to him that Beryl could become so famous thanks to her book. He knew this was a signing event. He just didn't expect the attendance would be so high. 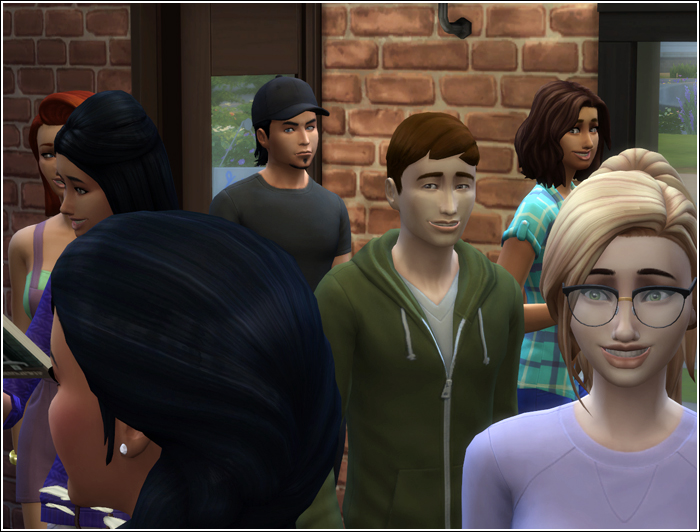 This didn't look good. Too many people. Anyone could recognize him and call the police. Luckily, these people were like from a different world and didn't care about a hitman in their midst. Bad thing was he'd probably have to stand in the line to get to Beryl. 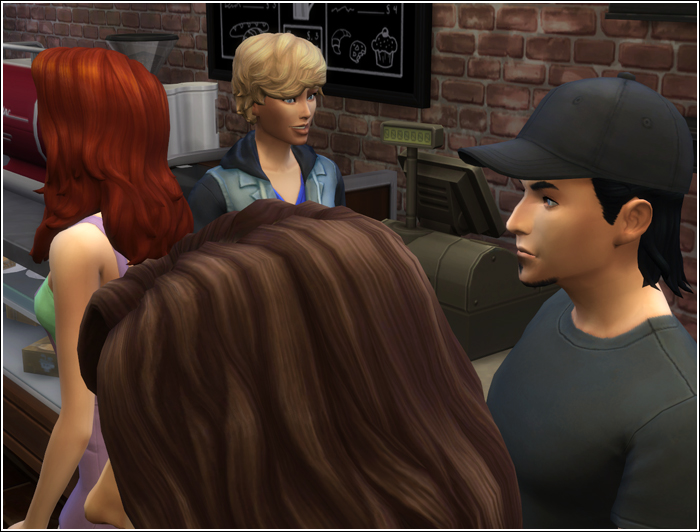 These teenage girls. They were constantly giggling about something in the books. What could they possibly giggle about? He had read the book too and had not find anything worth so much giggling. Soon it was clear to him that if he spends any more time waiting in the line he would soon have to strangle someone. Most likely one of these gigglers. 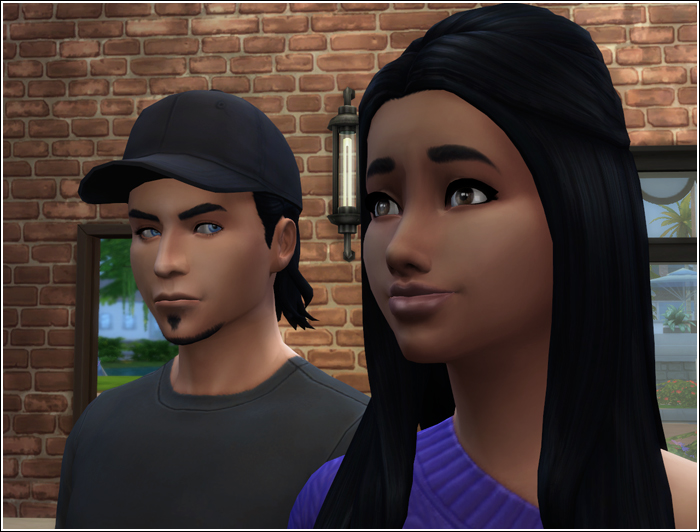 ​He started elbowing his way through the crowd. There was some annoyed muttering following his advancement, but that was it. Nobody attempted to stop him. Until he was passing this teenage girl clad in pink. As he was trying to shove past her, she gave him The Look. "Where do you think you are going, mister?"
Tony wave his hand ahead. "I just need to speak with Mrs. Heffner."
"Well, then you'll have to wait in the line like the rest of us." 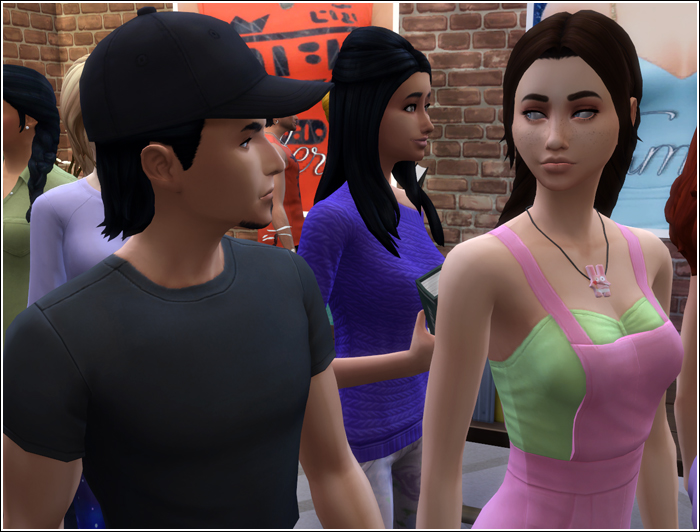 Tony gave her The Glare™.
​It didn't work.
Then someone exclaimed: "Enzo is here!" A wave of squealing followed and Tony had to fight the urge to cover his ears. A ripple ran through the crowd as many of the girls moved in the direction of some poor guy in a red shirt and surrounded him. Tony used this opportunity to move forward again. 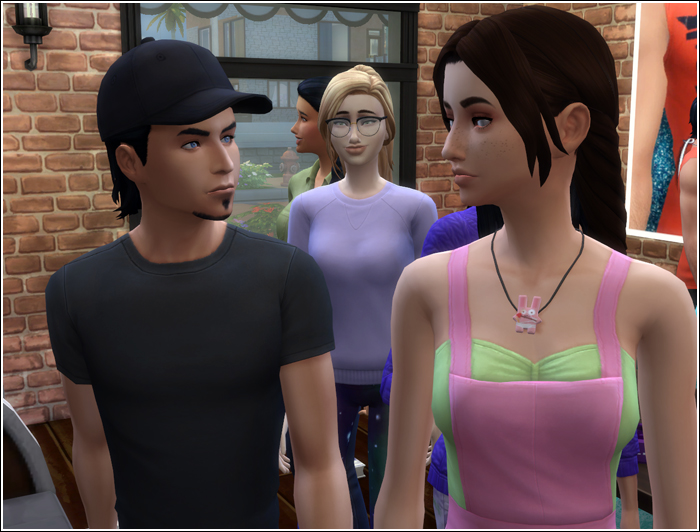 But the girl in pink watched him like a hawk. "Come back here!" She started yelling. "Somebody stop him! He's jumping the line!" People started turning their heads in his direction.
Tony realized he underestimated her. She was capable of making a scene only because someone beat her to Beryl's desk.
He had to choose a different approach before she draws the attention of the whole store to him. 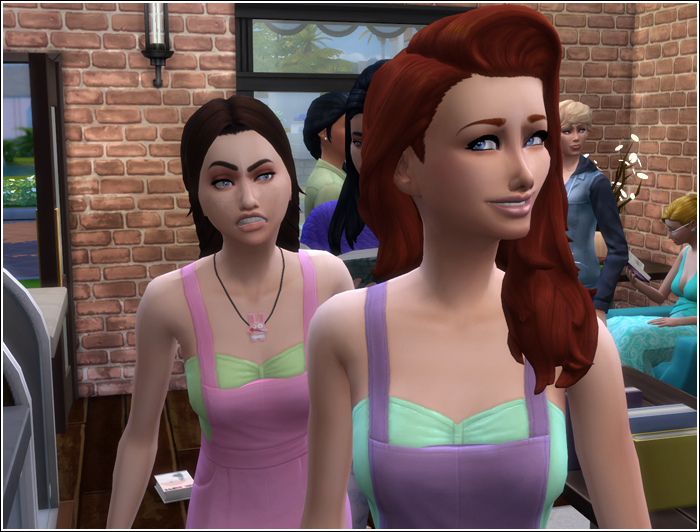 "No need for yelling, miss. I'm back here, see? What if I bought you a piece of the cake they're selling here as a peaceful offering? Would you forgive me?"
"You can't bribe me, mister!" The word mister sounded more like a spit from her mouth hitting him right between the eyes. Yes, he was the most despicable person to have tried to step between the fan girl and her goddess of an author. I wonder if Beryl knows what kind of freaks she attracts, he thought. He put his hands up in a gesture of surrender. "Hey, I'm as big fan of the book as you are."
She looked him up and down. "I doubt that."
"Really! You know," he was desperately searching his memory, what the hell was the guy's name...? "Enzo Olivieri is like my second name!" He noticed she blinked when he said the name of the character from the book. Ah-ha! "I will kill that son of a bitch and when I'm done with him I will make mad passionate love to you, Jewel," he said in a husky voice quoting the character from the book.
A red flush suffused the girl's cheeks and she finally smiled at him. "Okay, I forgive you. And that's only because I haven't met a guy who can quote Enzo. You must be a big fan of him."
Tony gave her a wink. "Actually, I'm more of a Jewel's fan." 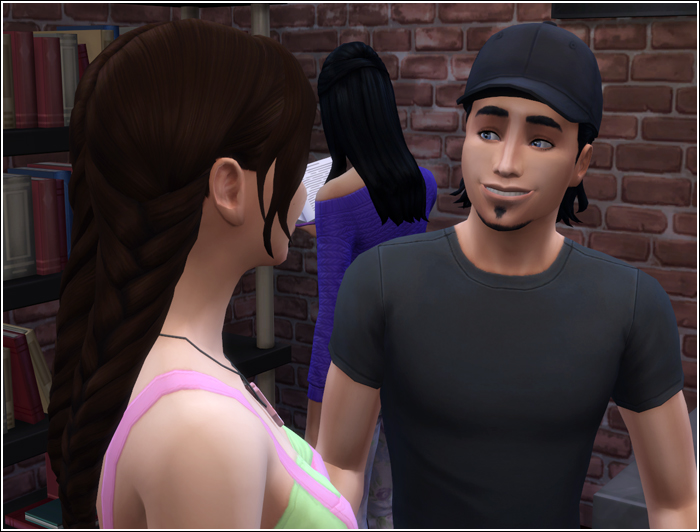 When they got to Beryl at last, the girl proved to be a font of information on the Lessons of Love. Tony didn't even know so many pieces of information could be extracted from just this one book. It had him wondering if there's any space left in that brain of hers for algebra, chemistry, history and all the important stuff. But Beryl didn't seem to mind the demonstration of this vast knowledge of her book and answering dozens of questions that followed. Meanwhile Tony could take a delight in watching her lovingly and stripping her with his eyes. 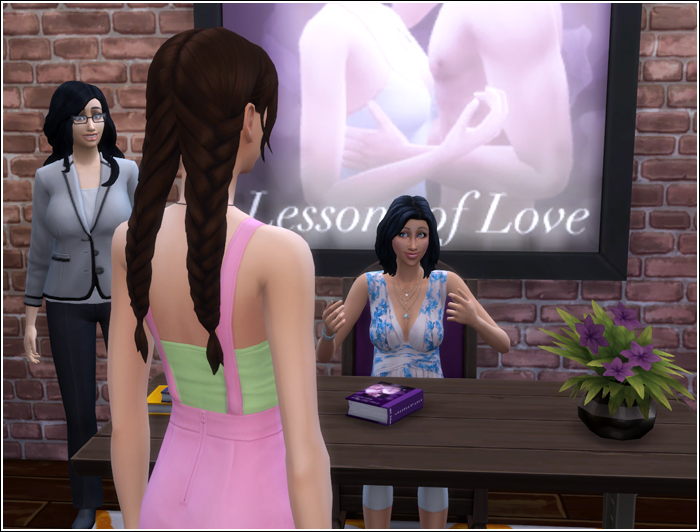 After couple of minuter (or was it hours? days?) he finally stood in front of Beryl himself. While waiting in the line he managed to grab one of her books displayed on a shelf and now he placed it in front of her. He couldn't resist teasing her with a reference on the book. 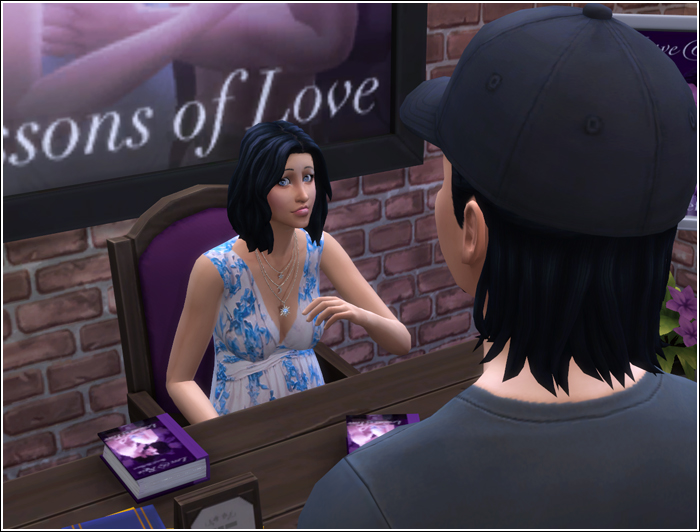 But she didn't appreciate his humour. In fact she looked as if she had seen a ghost. She shot a quick glance behind him and to his right. He followed her look and saw the husband of hers talking to some guy. Beryl was completely thrown off balance with his presence. Usually it was rather a good sign and even better things followed, but today she looked more like a frightened little animal.
"Can I get an autograph, please?" he tried to help.
She blinked and grabbed the book. She scribbled something inside and shoved it into his hands. He briefly opened the book to read what it was.​

Now it was his turn to blink. What is going on with her? "Thank you," he said aloud and did as she asked. But he didn't go far. He was almost two blocks away when he turned back. He needed to speak with her alone. There was only one place in the store where he could do that. He waited until Beryl had to go to the bathroom and followed her. He carefully slipped past Beryl's husband. 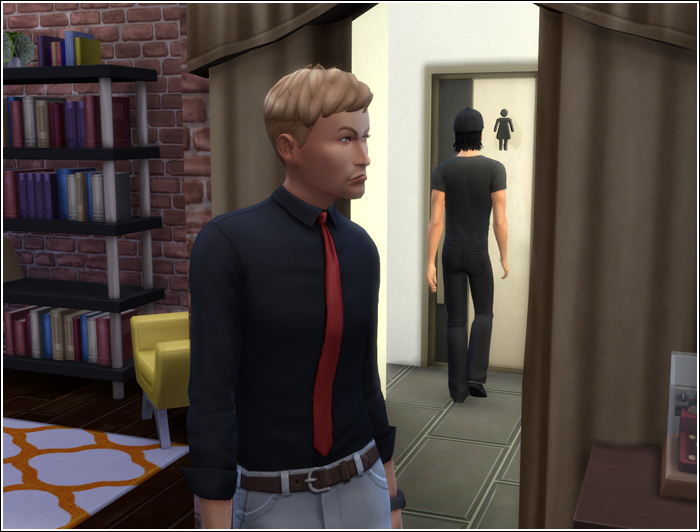 Only now he noticed she's heavily pregnant. He felt a sudden pang of jealousy. He knew she had to have sex with Ronan even before they were married, but knowing and seeing the proof are two different things. He suppressed his anger.

"We are alone. You can talk to me now, Beryl."
She looked up. "You are in the ladies bathroom!"
"Well, let's not such triviality stand in the way of our conversation, okay?" 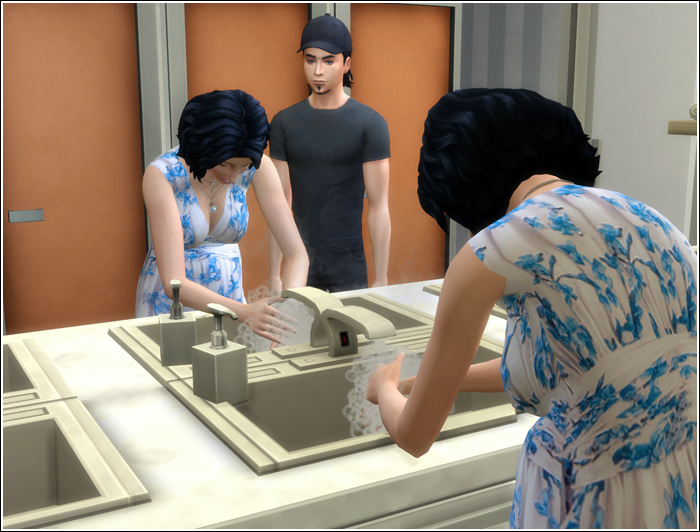 "You have to leave! Now!"
"Beryl. I can read. I read your note. Now I'd like to hear some explanation why you are so eager to send me away."
"Because..."
"Uh-hm?"
"Because I'm married now, Tony. You can't just sneak up on me whenever you want anymore and endanger my marriage!" 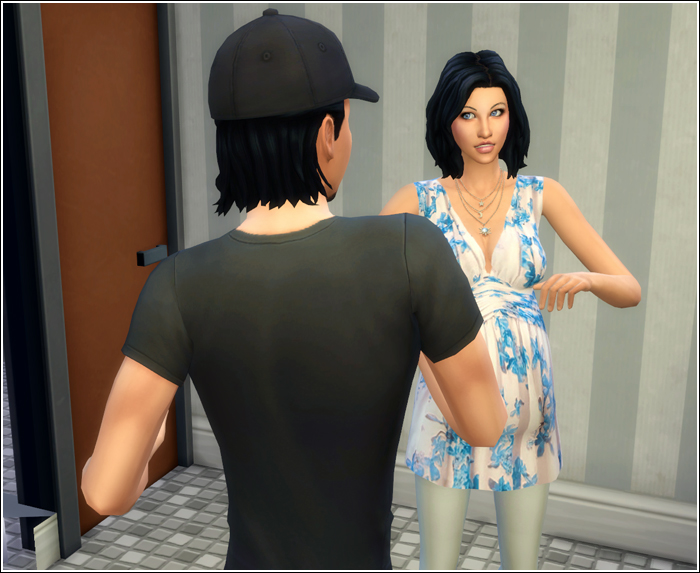 "So you really don't need me anymore, do you? You have your baby now. Is Ronan that good, hm? Does he know every inch of your body like I do? I bet he does by now. Does he know how to make you..." He already hit the nerve. Beryl covered her mouth with a trembling hand. But why would she be so frightened if she was happy with him? Unless... Over the red haze of anger and jealousy Tony recalled Ronan's smirk at the wedding. "He knows about us, doesn't he? Your gem of a husband? He knows we were in his house." 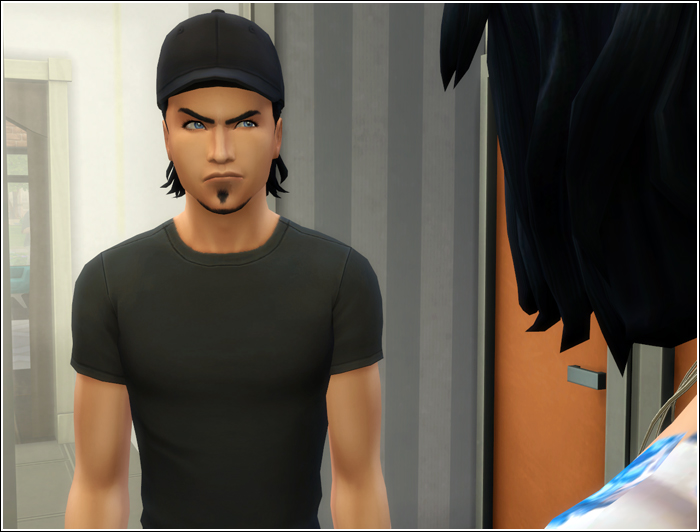 As soon as he finished his question a sob escaped Beryl's lips and with it came a flood of tears. She collapsed in his arms. The fabric of his t-shirt readily absorbed her tears as his heart absorbed her despair making it his own.

"Is he hurting you?" he managed to say through his clenched teeth.
"Not the way you think," Beryl said between sobs.
"I have pretty vivid imagination as for how to cause pain, Beryl. You know that. What has he done to you?"
She shook her head sniffing.
​"You have to tell me. Please."
​She shook her head again. 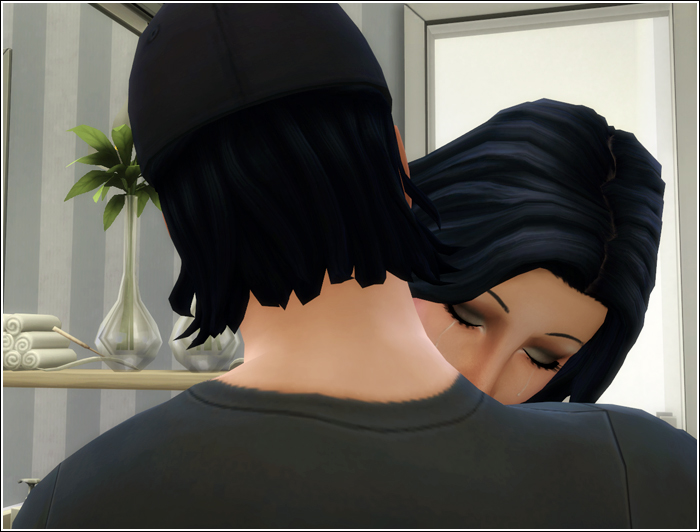 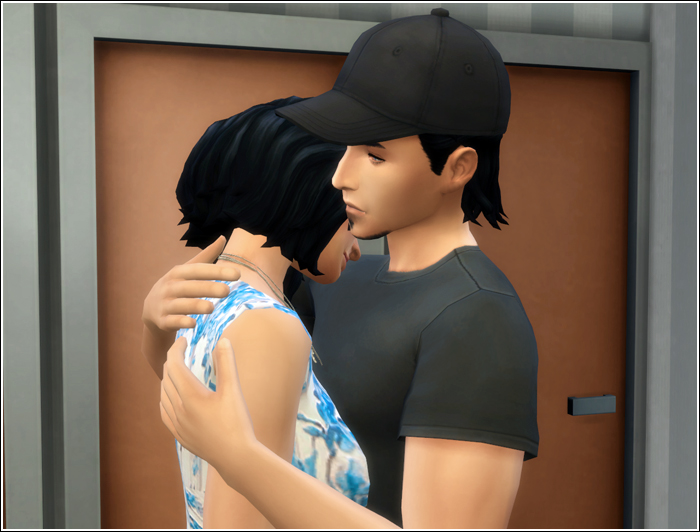 "No."
"No? Like 'No, I want to cut off his family jewels myself, Tony' or 'No, I want you to think of a more painful way to kill that bastard'? Perhaps I could let the hydrofluoric acid drip slowly on his body, my beautiful Beryl?"
"You can't solve every problem with murder, Tony."
"Why not? It's the fastest, most efficient and most permanent solution of the majority of problems. People cause problems. I prevent problems. I eliminate the people. No problem."
"You can't kill Ronan," she said and then she told him why. 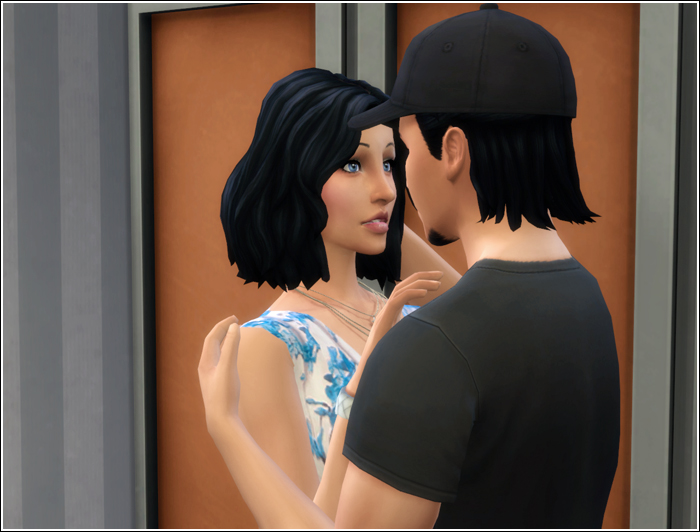 "Oh, Beryl. I'm sure you would survive couple of weeks of media madness and a little shame. Actually it has a nice ring to it, 'shameful Beryl Heffner'. I would feel obliged to explore this new shameful you in detail or rediscover might be more appropriate term."
"It's not funny. I could end up in prison because of the video. Because of being in touch with you!"
"There was not nearly enough touching involved in our brief encounters if you ask me. As for going to prison, with a good lawyer a woman like you would walk free. And I happen to know an excellent lawyer. You remember Vincent?"
"You make it all sound so simple."
"Because it is simple. It is your stubborness what keeps getting you into all these kinds of mess. Luckily, you have me to clean it up for you only for the small price of your company."
"He could get the baby into his custody when I'm dragged through the mud."
Tony smiled at her. "Sweetheart, you have such a lovely way of speaking. You and mud in one sentence. Do you have any idea what my imagination does with it? Are you sure the baby is Ronan's?"
"There's a slight chance it could be yours, but I wouldn't bet my head on it."
"You won't have to. If he's dead, there won't be any custody battle."
"No. You have to promise me, you won't kill him, Tony. Promise me."
"You always ask so much and give so little, love. I promise I won't kill him. Now come to me, I want to hold you for a while longer before I go find a way to punish the son of a bitch." 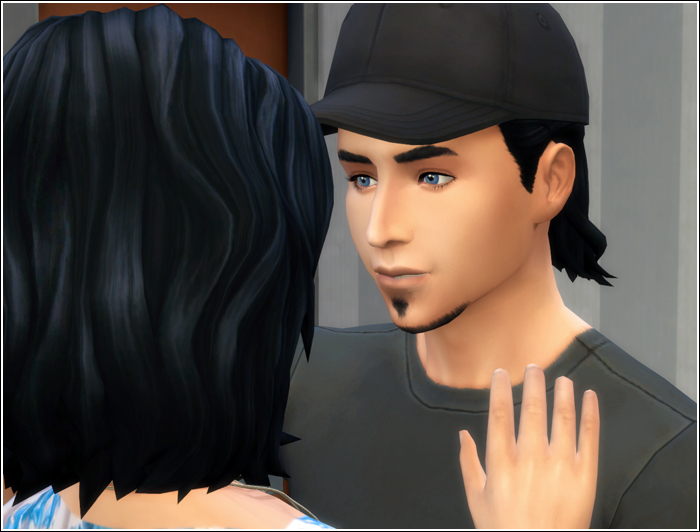 In that moment the door of one of the cubicles behind them opened and a girl emerged.

"I'm sorry, I really didn't mean to eavesdrop. I... I waited for the right moment to leave, but it never came. I didn't want to disturb you." 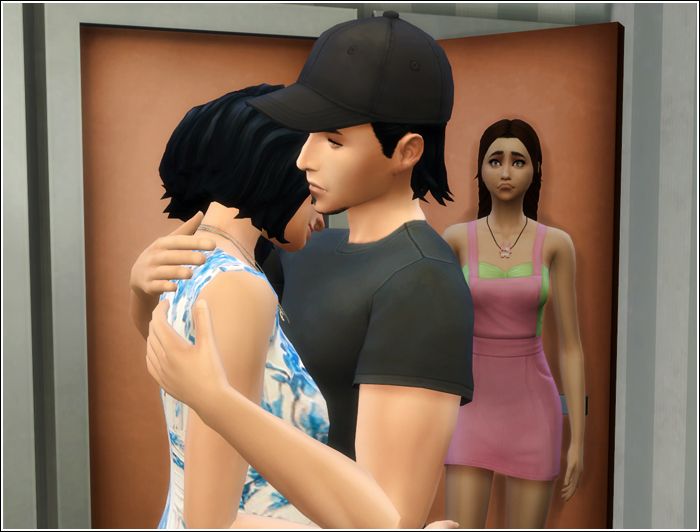 "You again? Remember all the things I said I could do? If you tell anybody what you've just heard they can happen to you!"
"Tony! For the Watcher's sake, you can't talk to the girl like this! You're scaring her!"
"That's the point, Beryl! She was eavesdropping and she will tell everyone!"
"I didn't mean to! I won't!" 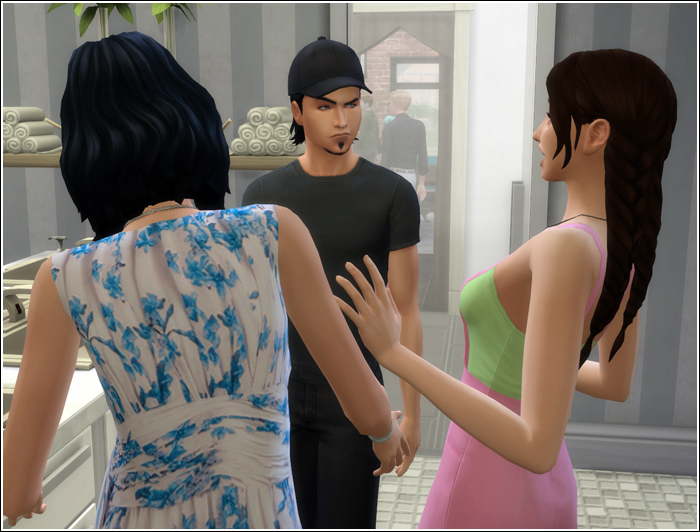 "Sweet mother of the Watcher! Can't you stop it, you two? I think my water just broke."
"What?"
"Fuck!"
"Tony! Watch your tongue in front of the girl! Now you, girl, bring my agent here right away. It's the dark-haired lady with glasses. And you, Tony, get the hell out of here!"
"I'm not leaving you alone here in this state!"
"Do what I say or I swear I'm going to do something terrible to you!"
​"Like what, love? What could you possibly do to drive me away?"
"Puke at you!" 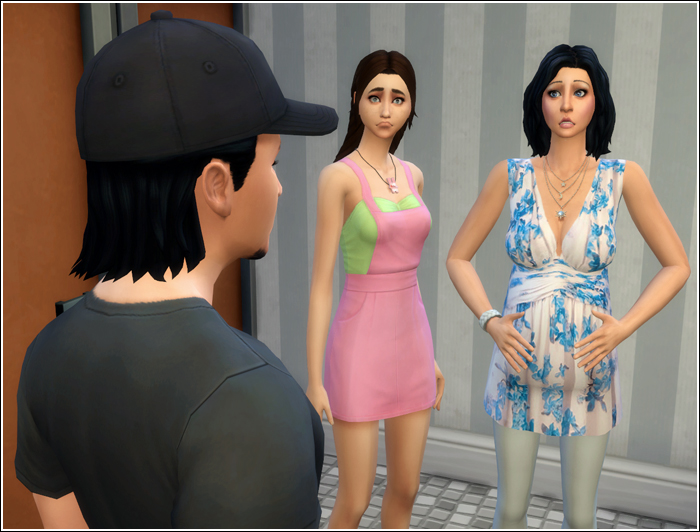