It happened again. Me and Raven. It probably wasn't the best decision of my life, but the sex was great. I guess I shouldn't be surprised. She had a certain reputation back then when we were at high school.

While she was lying next to me and purring happily, I felt conflicted. This was nothing like I experienced in the past weeks. Raven was intense in everything she did. Almost violent. The skin on my back stil burned where she had dug her nails in it and my lips were swollen from our kissing and her bites. She swept me like a storm. And yet there was something else I saw before she kissed me. A different person buried under layers and layers of what the world was allowed to see and know as Raven Nightshade. 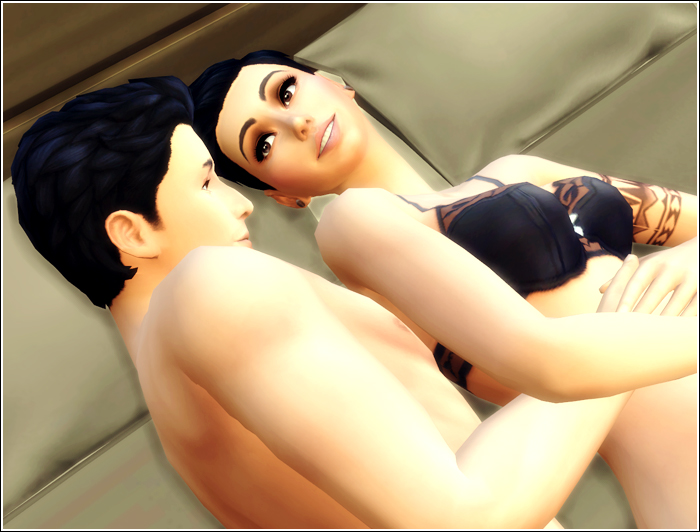 She was surprisingly sweet when she snuggled close to me. We didn't say anything to each other though. Silence reigned in the bedroom. Words eluded both of us.
​
My eyelids got heavier soon. I realized I might fall asleep next to her and forced my eyes open. No. I can't stay here overnight. The idea of Raven witnessing one of my nightmares woke me up at once. I sat up on the bed. "I have to go," I said.

Her content smile faded away. Several emotions flashed across her face before her expression turned blank. "I see," she said only. 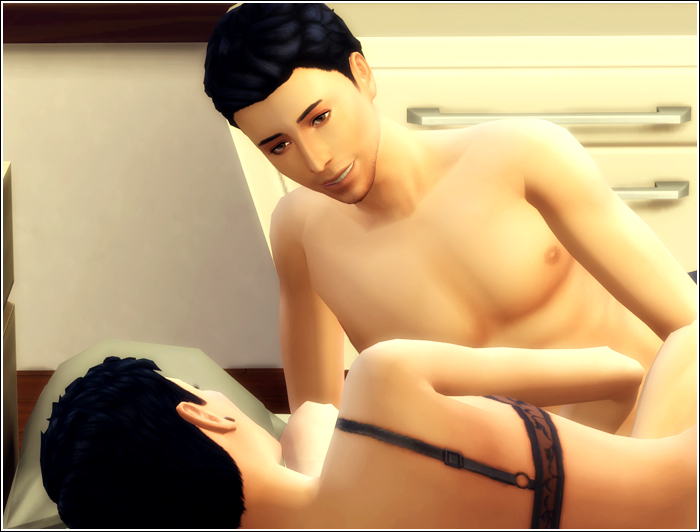 I should have given her an explanation, but this was something I couldn't even talk about with my family. How could I tell her? This was Raven who was calling me an idiot one moment and throwing herself at me in the next. For all I knew the citizens of Newcrest could be reading about the unstable heir and his nightmares in her newest article before I even left her house. This information must never get out. They can discuss my love life all they want, my nightmares and fears were mine only. 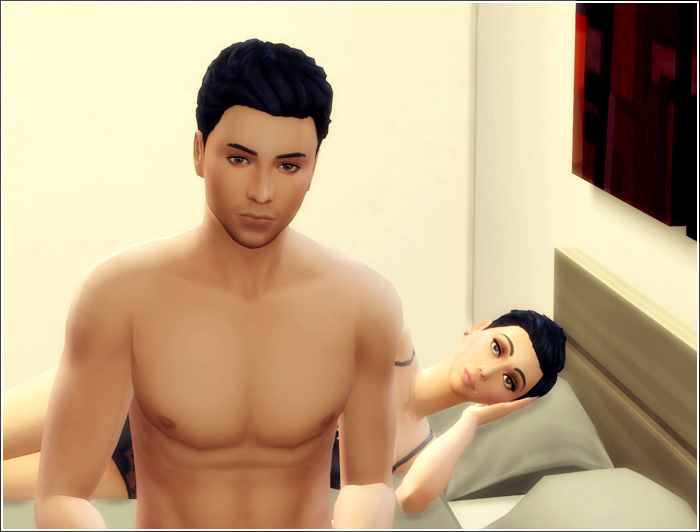 I looked over my shoulder and saw Raven watching me. Her face remained expressionless, but her eyes told a different story. Did I just hurt her? All I could think of at the moment was to get out of there.

​With thoughts whirling I put on my clothes quickly and hurried out of the door. 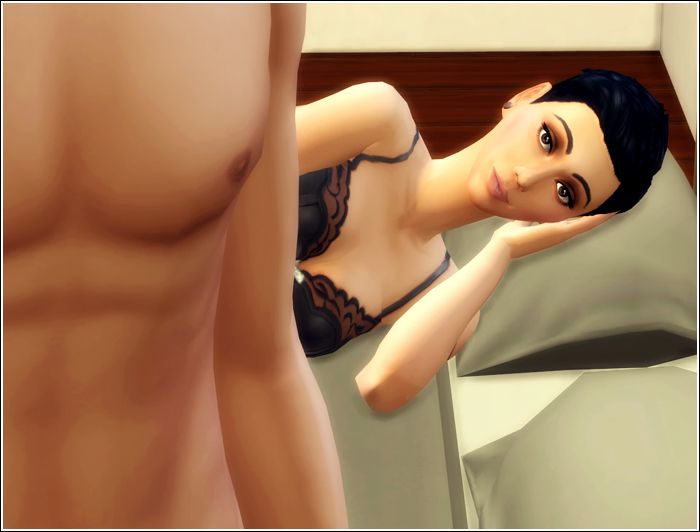 As I was walking away from her house I felt worse and worse with every step. I still could see Raven's eyes in front of my inner sight and hear her voice in my head. This wasn't just a random girl I had sex with. Raven and I shared a history. I had seen a glimpse of a different person before she kissed me. A vulnerable person that intrigued me and made me stay despite my decision to leave immediately after our argument. She disappeared again, replaced by something wild that tore my clothes off. The duplicity confused me so much about her.

​I should probably call her tomorrow and apologize. 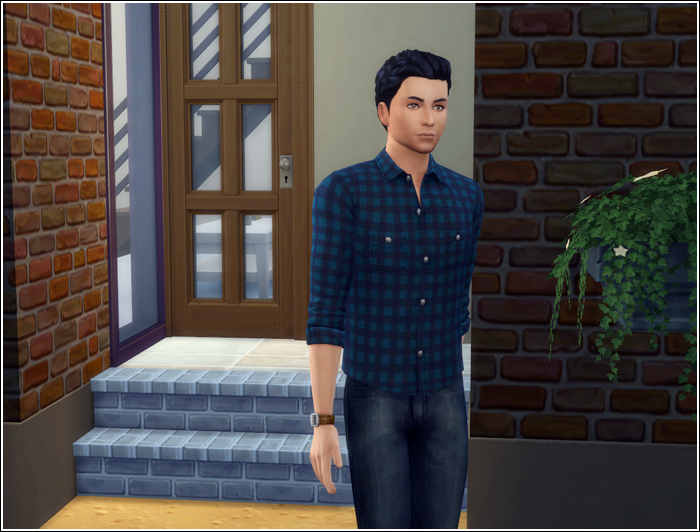 It was late when I got home. I expected Kellie and Celeste would be asleep by then, but I was wrong. She was waiting for me with Thomas in the lounge. Seeing Thomas so soon after what I did with his sister and after leaving her the way I did made me feel guilty. I really shouldn't have got involved with Raven again. If Thomas and Kellie find out, things will get pretty awkward.

I noticed Thomas face was bruised. Strange. I wouldn't expect him to get into a fist fight. Maybe when we were teenagers, but certainly not now with his new image of a serious businessman. I thought him to be a man who rather pays others to do the dirty work these days to keep his expensive clothes clean.

"What happened to your face?" I asked hoping my sister hadn't been anywhere near him when that happened.

He grumbled something I didn't understand, but before I could ask him again, Kellie chimed in. "We need to talk, Chris." 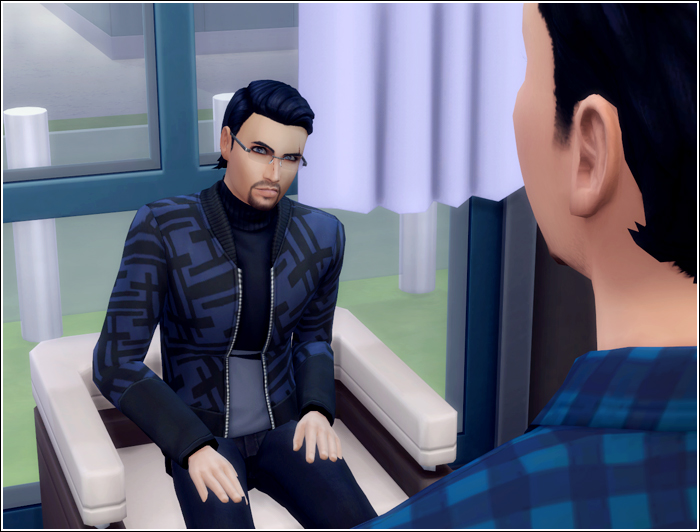 I don't remember ever seeing her so annoyed. She waved a magazine in front of me. I noticed there was a picture of me kissing somebody on the cover.

"This has to stop, Chris! You have to stop using these girls!"

"I'm not using anyone. And with all respect, Kellie, what I do in my spare time is my business."

"No, it is not, when it harms me and Celeste too!"

"How so?" I asked wearily. Everyone seemed to be poking their nose into my matters these days.

She blushed. "Because of what you do people think that I am an easy lay too!" she blurted out.

That was like a cold shower. "What do you mean? Has someone tried to take advantage of you? Who?"

​"It's been taken care of!" Thomas snapped. 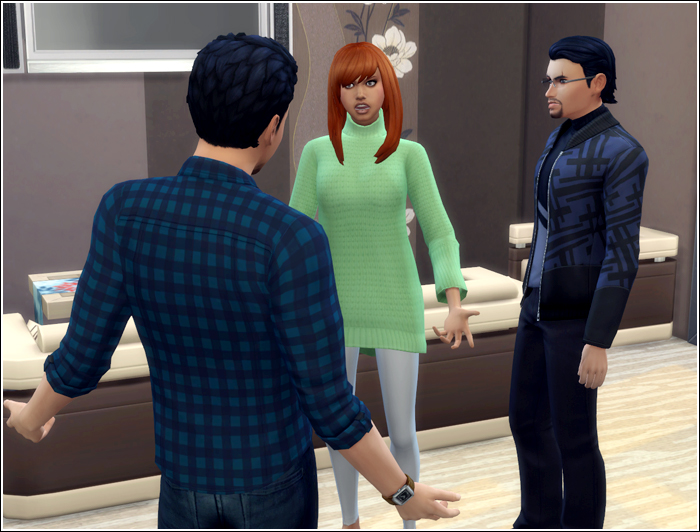 ​So that's where the bruises are from. Maybe he's not such a dolt after all if he can fight. Kellie shot him an angry look instantly. Something interesting was going on between the two of them or maybe Kellie was just angry at everybody tonight.

"Tell me who harassed you, Kellie." 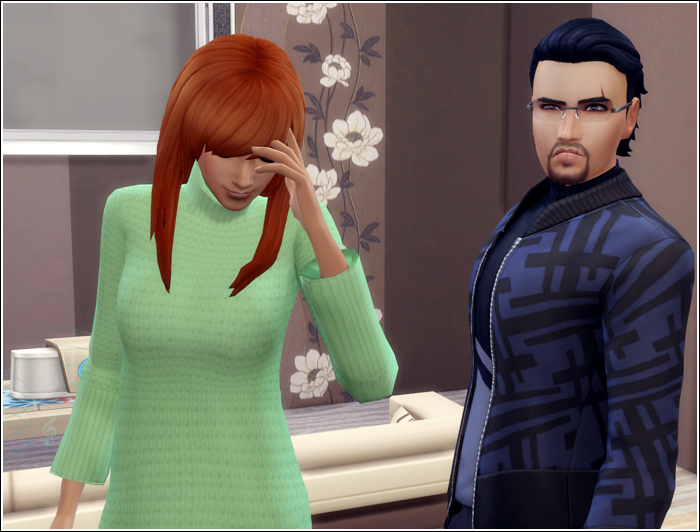 ​​
​This time her glare settled on me. "I told you all you need to know. Just stop chasing the girls. Celeste brought home this magazine today. Some teenage girls were reading it and giggling over it and started calling her Playboy's sister. She came to me asking what it meant. Maybe you should answer her questions next time."

"Maybe he should stay home more often and babysit Celeste so you could have a life too," Thomas chimed in.

​How dares he? "Did I ask your opinion, Nightshade?"

"You didn't, but let me give you my piece of mind. Your sister does everything in this household. She comes home from the lab and does homework with Celeste, makes dinner for everybody. She takes care of both of you, while you're having fun with your ladies. I can't even take her out because she's so damn busy all the time! You should stop being so self-absorbed and start looking after your sisters for a change, Chris!"

​"I'm not taking advice from you. This is not one of your corporate meetings." 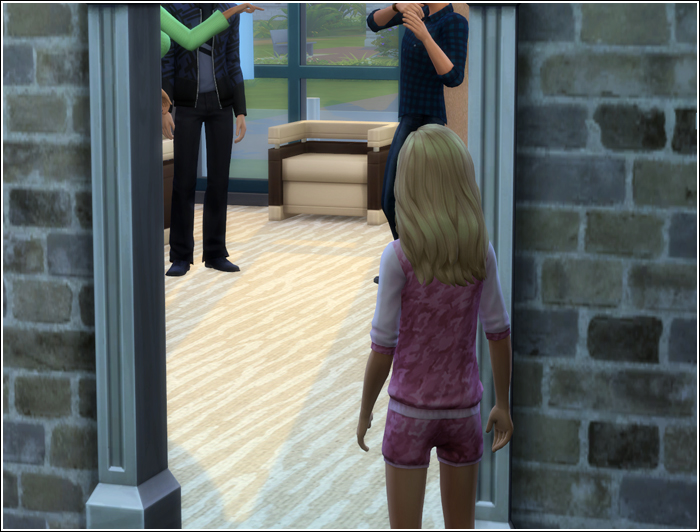 "You know what, you two?" Kellie said, "You keep arguing here all you want. I said what I had to and I'm going to bed. I'm too tired and I have to get up early tomorrow."

"I can't believe you, Kellie. You're going to bed while I'm fighting your battle here?" 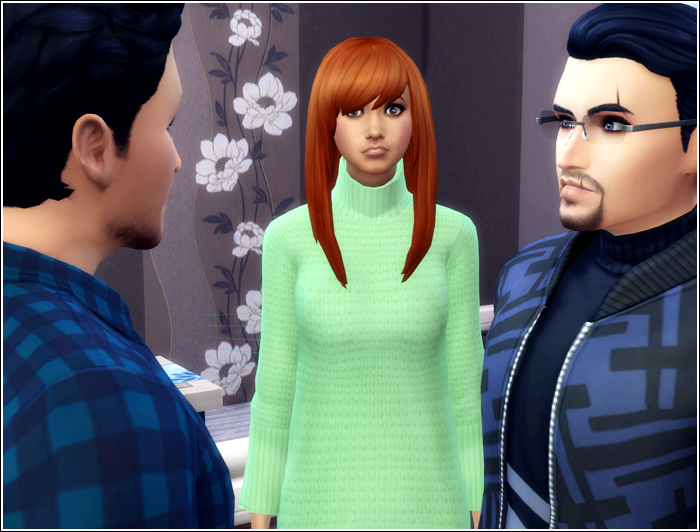 I would laugh at him if I didn't know there was a bit of truth in his accusations. "I think it's a good idea. I'm going to bed too."

"But we are not finished here!" Thomas objected.

"I think we are. Good night. You know where the door is." I smirked because I knew how it annoyed him that Kellie didn't invite him to stay over night. She never did. Any other guy would have gotten it by now. 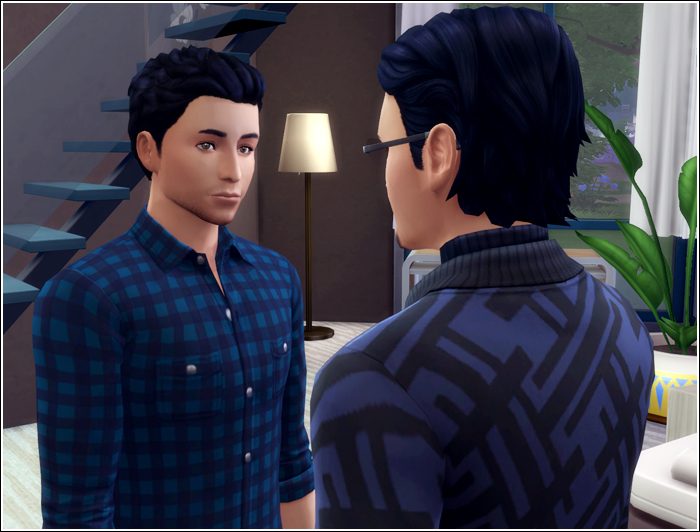 ​
I went to my room and turned on the computer. I wanted to text Raven but didn't have her number. I searched for it on the Newcrest Courier site.  I thought I might as well start fixing things from there.
​ 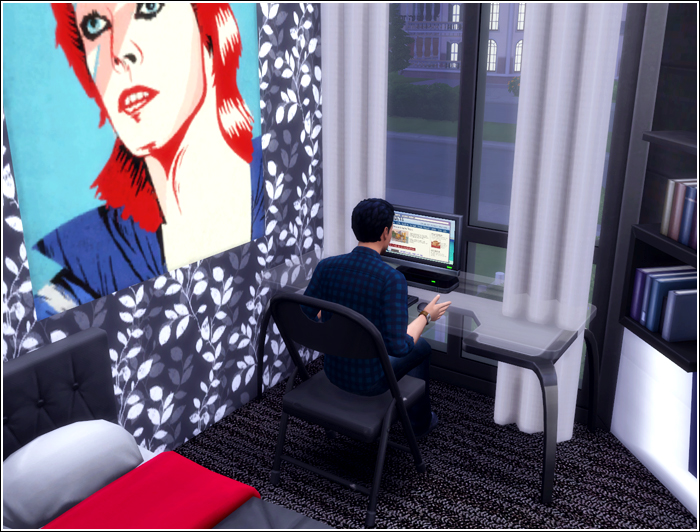 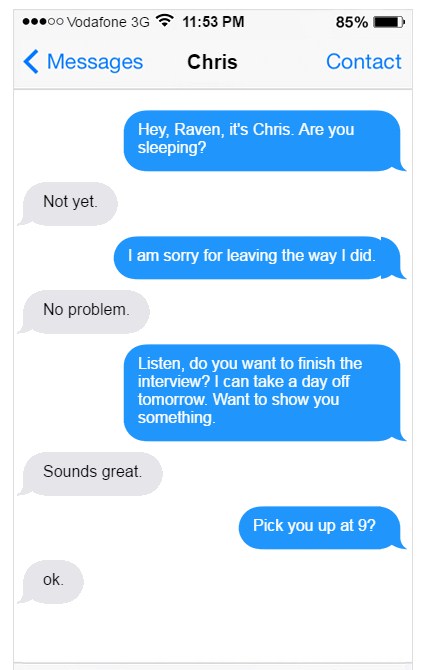 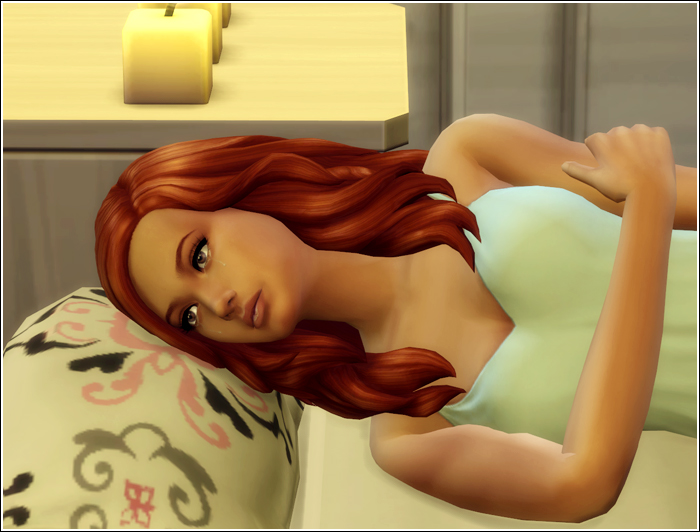 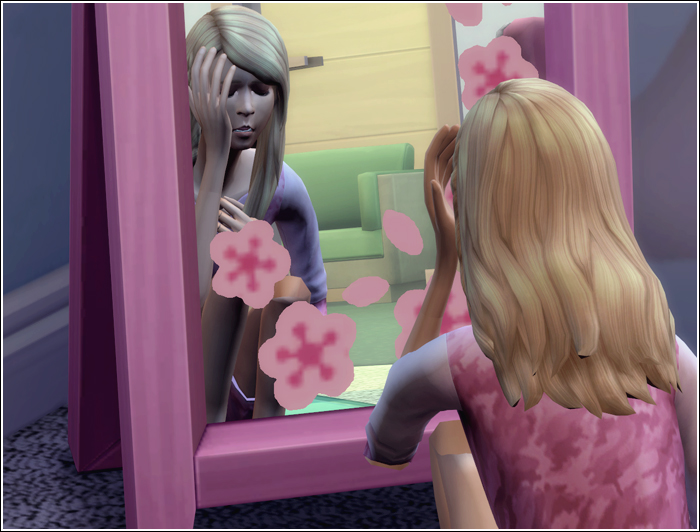 Two days later the newest issue of the Newcrest Courier featuring the interview with Chris Heffner hit the shelves.
​ 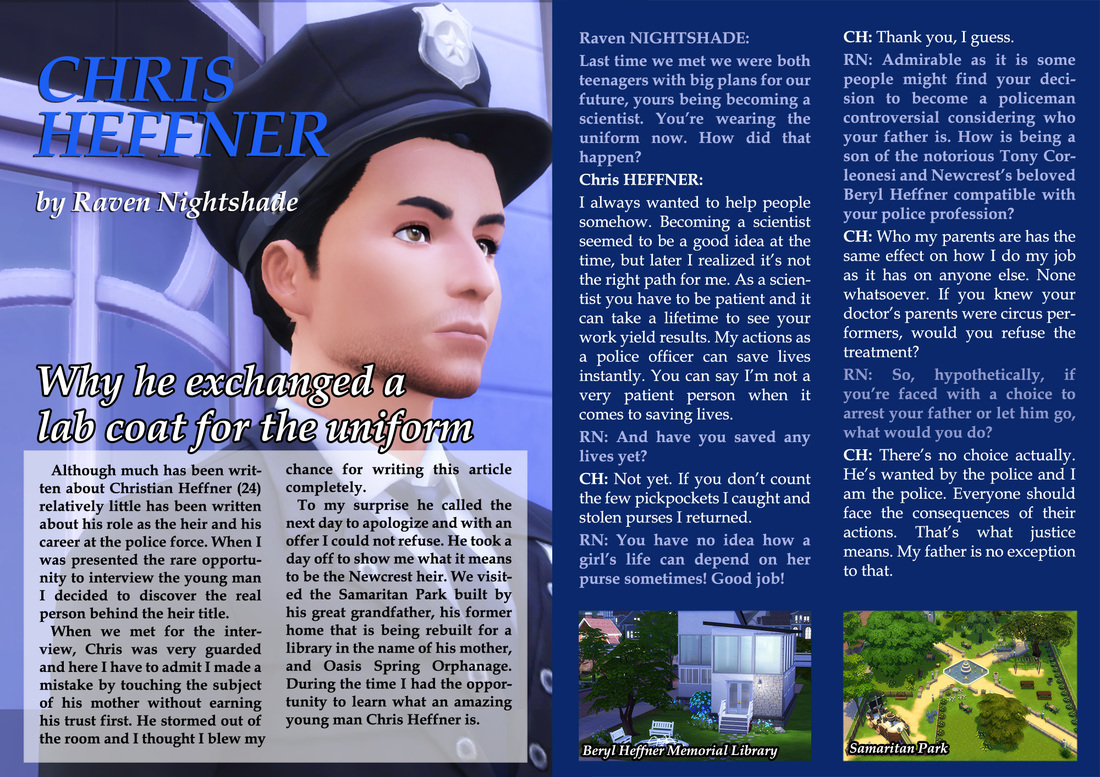 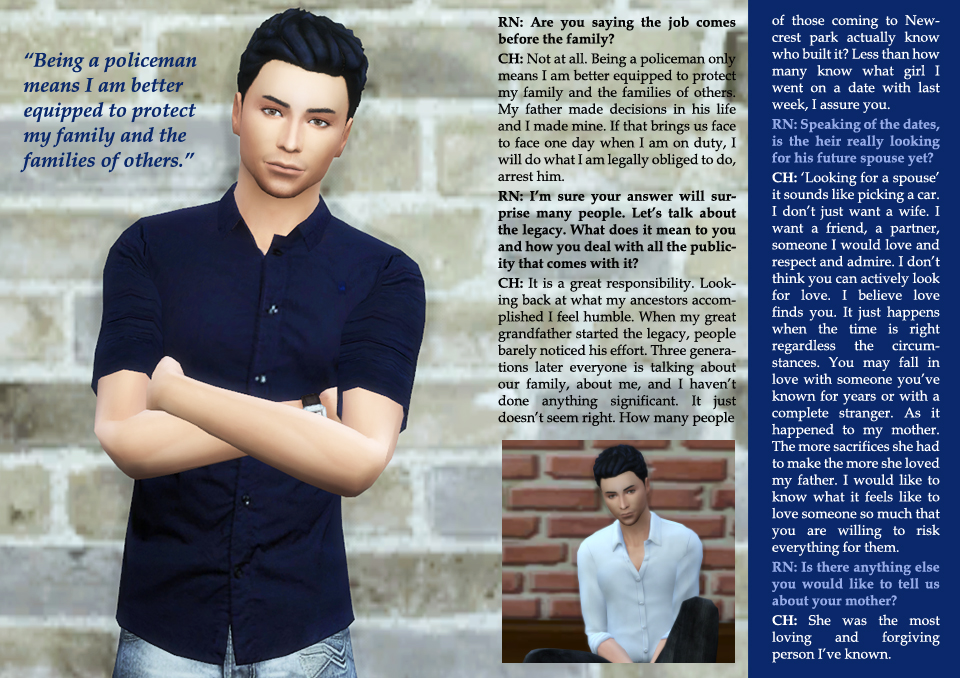 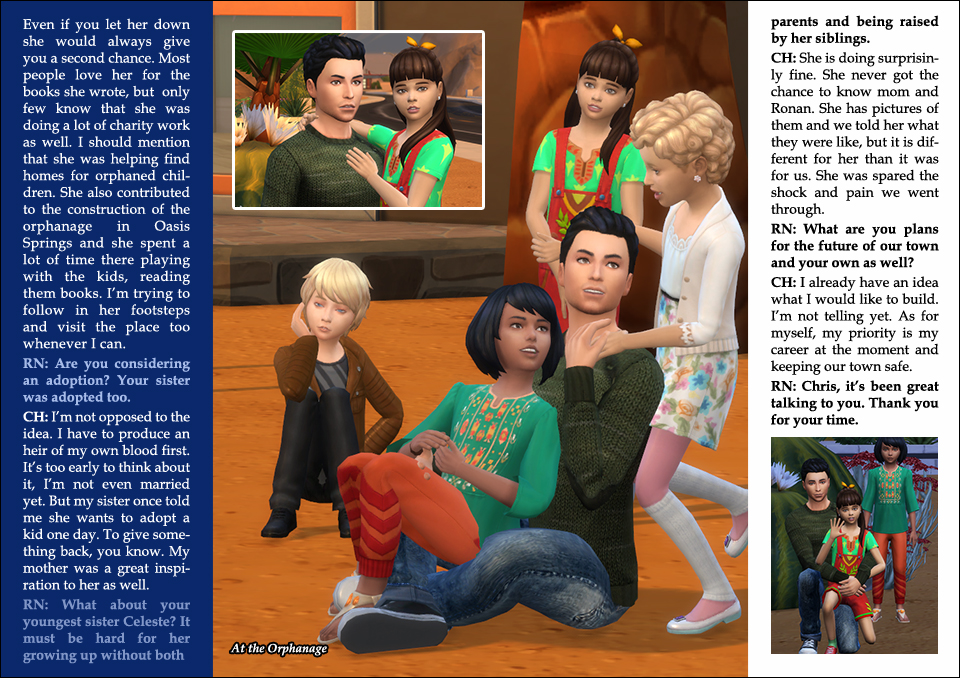