Chapter 2.19
Tony Corleonesi, the man they started calling "Meatball", after he had chopped the man, who caused the death of his love, and his whole family into pieces. He was nineteen at the time. He went a long way since then. He had a reputation of the man who always gets the job done.
The reputation he's been working on all his life was now in pieces too. Michael Castelli took care of it. It's been a couple of weeks since anybody called him with a job offer. And somehow he didn't care. Not much. Money wasn't the issue. 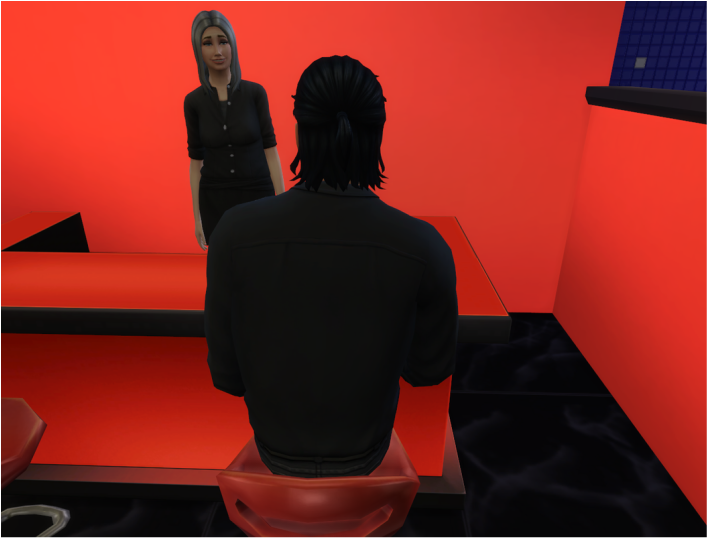 He's been spending his days and nights in this damned bar. Since the night with Beryl, things have been going downhill. He thought the woohoo with her would cure him of his attraction. Well, it didn't. He wasn't quite himself these days. 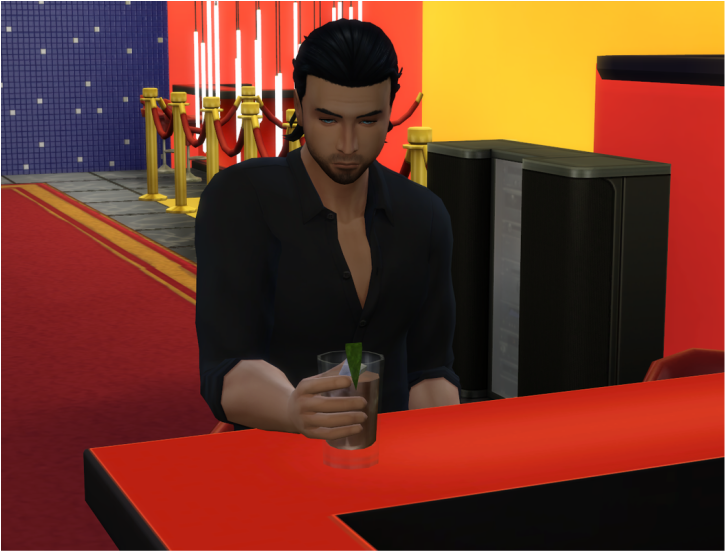 The memory of her sleeping in his bed while he was sneaking away was still fresh in his mind.  And he kept torturing himself with it. Speaking of torture... The newspapers were full of her pictures. And that's how he learned that he had left her with more than just a memory of a great woohoo with him. They conceived a son that night.
When the baby was born, Tony even bought the stupid magazine to see his pictures. And hers too, of course. 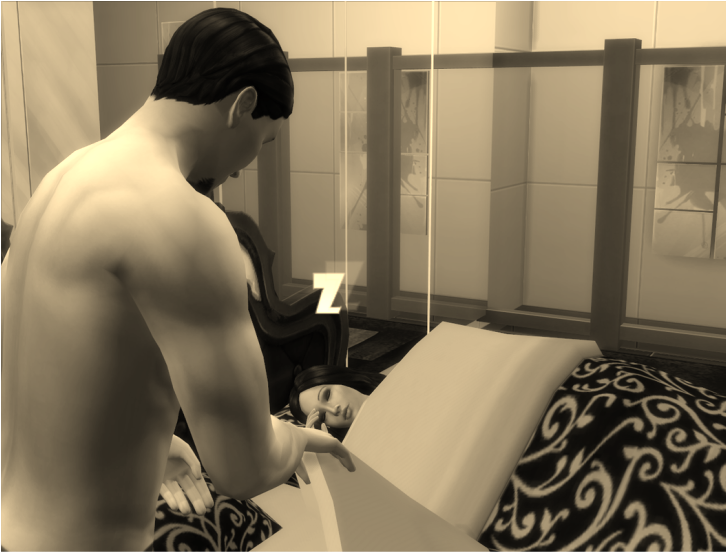 The old bartender probably heard his story a hundred times by now. So what? He was listening to her constant grumble about pain in her back too. Sometimes he thought she would surely drop dead on the spot by the way she looked. Old and tired. But here they were. Still talking.

Tony: "How's your back today, Rebecca?" 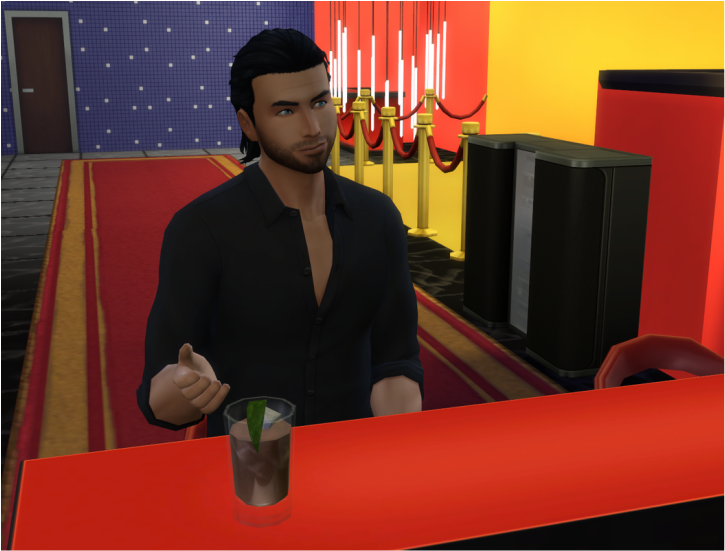 He even told her how he tried to get rid of his feelings by working out hard. All that - futile. 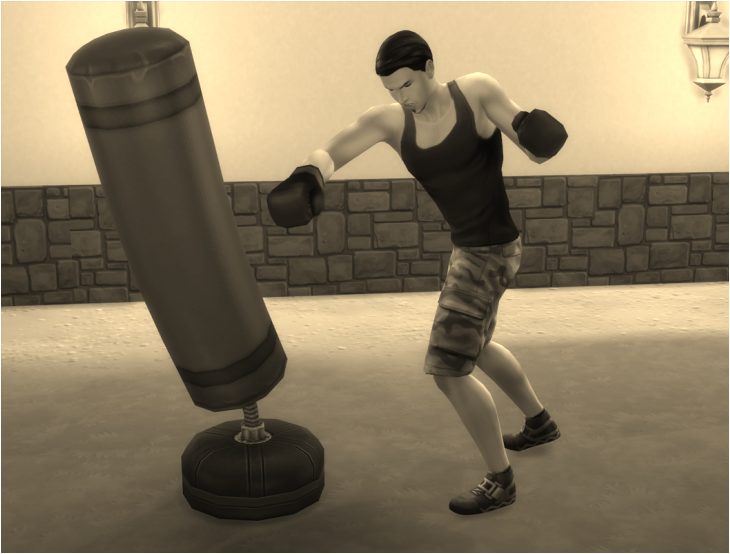 But talking to the bartender was not the only reason he's been spending so much time in this bar lately.
There was this dancer. She called herself Salome (probably not her real name). 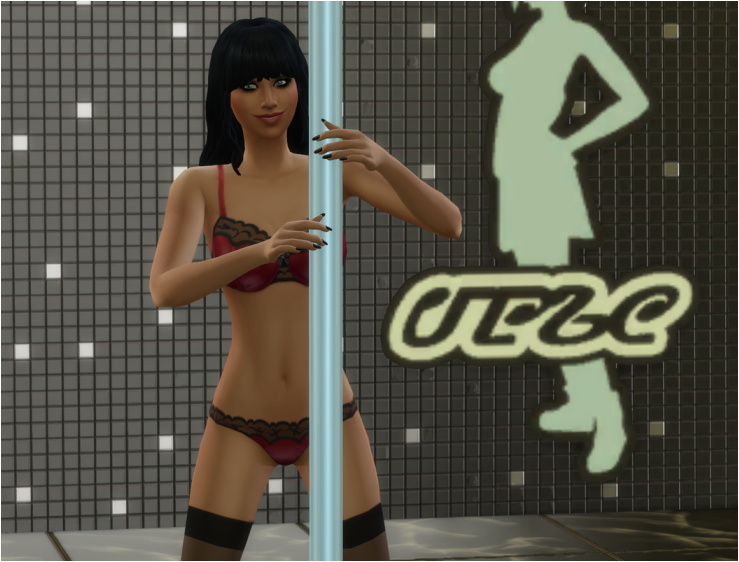 ﻿The truth was she reminded him of Beryl. A lot. She had similar smile and eyes. However, she lacked Beryl's naive look and her natural elegance. She's also much younger than her, but beggars can't be chooser's, right? 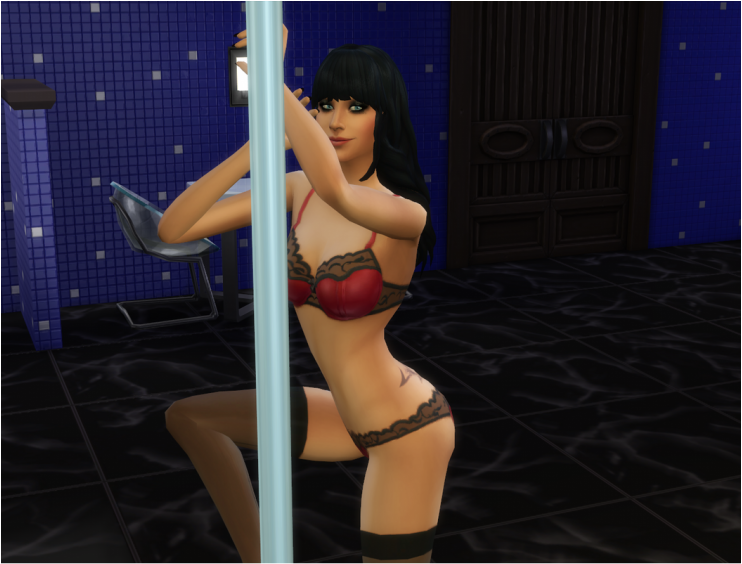 And so Tony was coming to this bar to watch her rehearsals and performances... 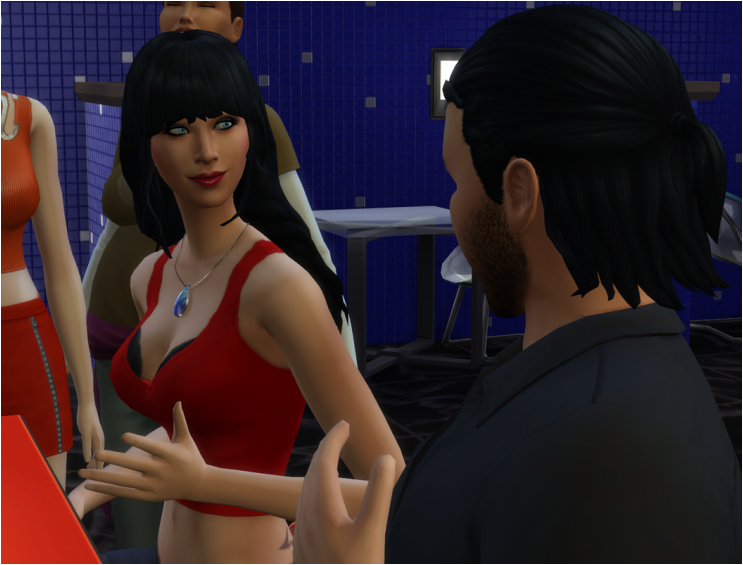 ​...and to get to know her better. When he couldn't have the real thing, he grabbed the second best. 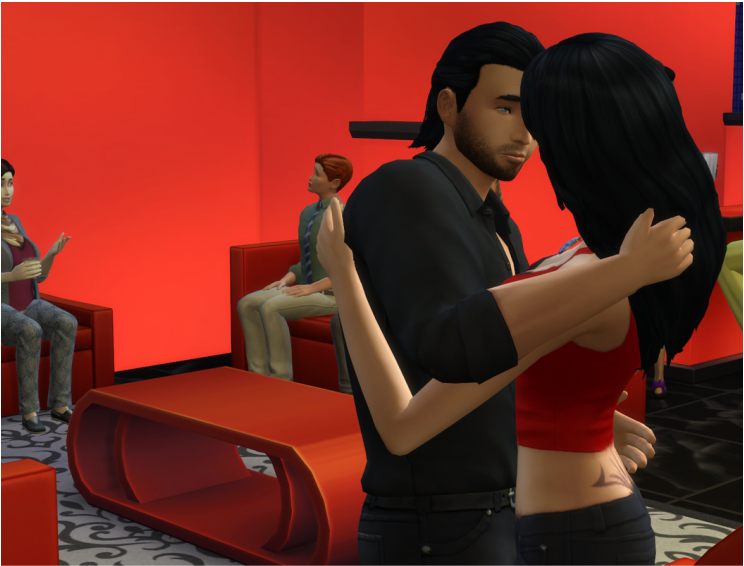 He did all possible things to forget about Beryl, yet his heart still yearned for being with her and their son. With every kiss and touch he exchanged with Salome he was actually fooling himself into thinking he's holding Beryl in his arms. 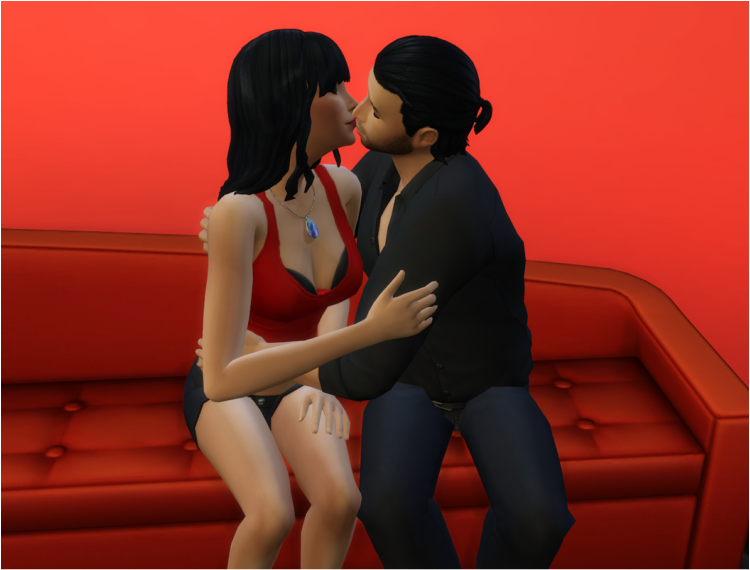 But at the end of the day, he didn't feel any better.

You look like crap. Get your plum together, Tony. 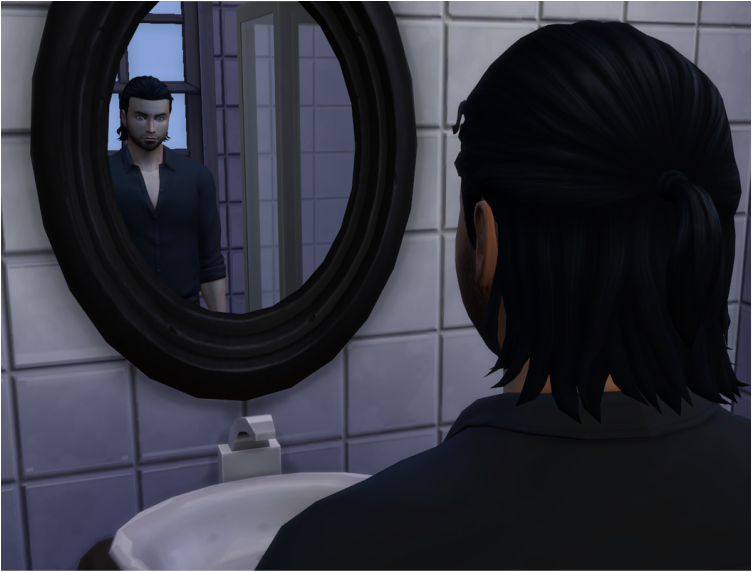 ​In that moment his phone rang. Marissa. The girl I could have been with but didn't want to.

Tony: "Hello, Marissa. To what do I owe the pleasure of hearing your lovely voice? No, I haven't checked my mail lately. An invitation? I don't think it would be wise of me to come, in case I encountered your father, which is very likely to happen. 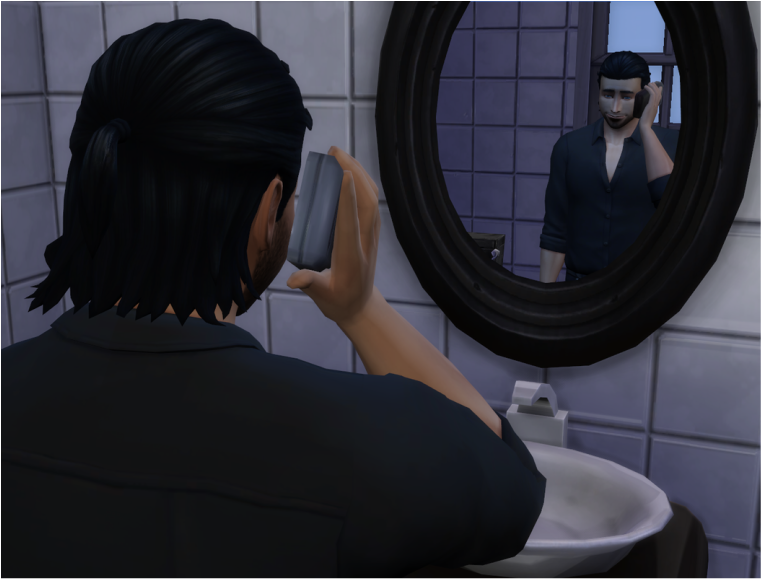 Tony: "You did? Well, that's nice of you, but I can't promise you, that I won't have a fight with him. You know what he did to my business by spreading rumours about me. I would prefer if he punched me in the face instead, when he was so disappointed with my last job. I offered him a compensation... Okay, no more talking of it. Alright, I need time to think it over. I'll let you know, if I decide to come." 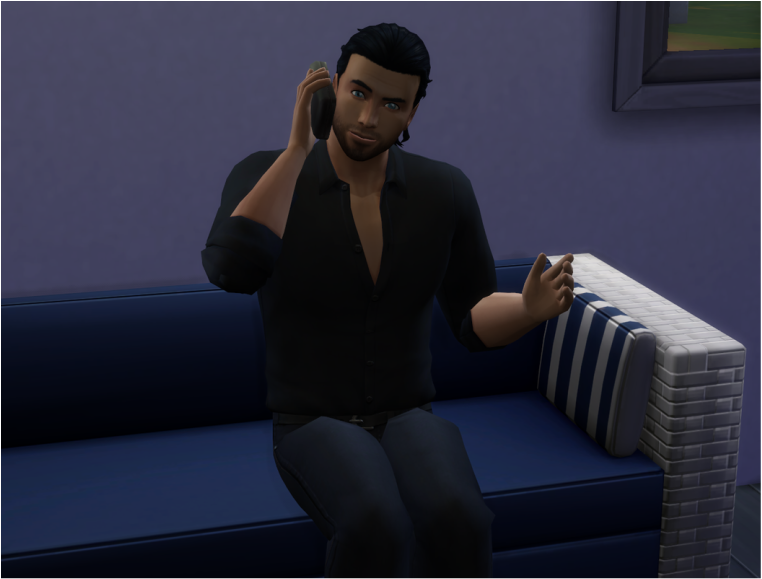