​I decided to go downstairs to watch tv or read a book. My own thoughts were killing me. I really needed a distraction to make it through this night. Maybe tomorrow the police will have some good news.
​As I was descending the stairs I noticed there's a light in the kitchen. I heard raised voices of my uncle and aunt. 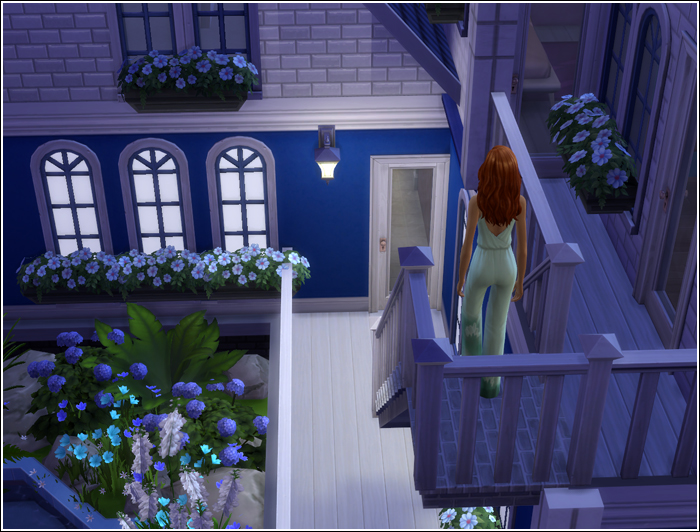 "You didn't know my father, Brian. Having grudges? He invented grudges! This could be his revenge against Tony." 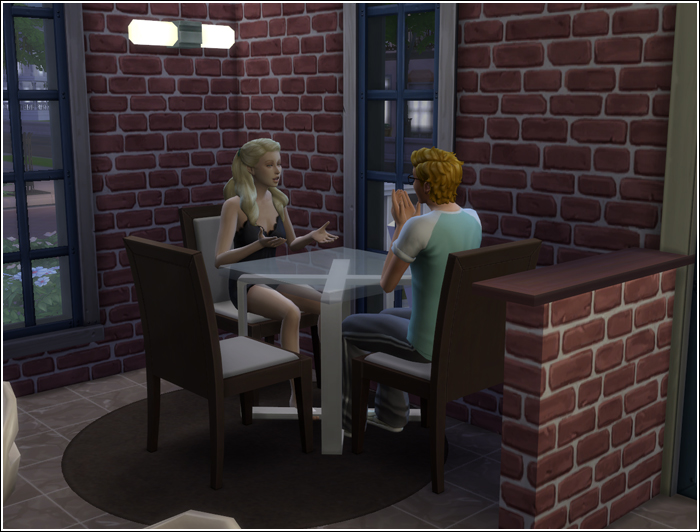 When they noticed my presence, Marissa got up. "Poor thing, you can't sleep, can you? Neither can I. Come, sit with us. I need to tell you something that's been bothering me since I learned about your family's diappearance."

"I don't think it's a good idea to scare Kellie even more, Marissa."

"She needs to know." 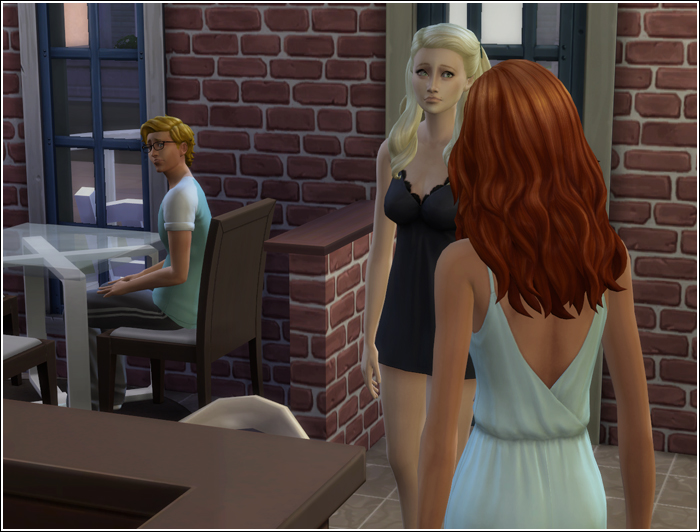 "There are things in my past I'm not very proud of," Marissa started.

Uncle Brian watched her with unhappy look on his face. He put his hand over hers as if asking, Are you sure you want to go through this? Marissa smiled at him reassuringly.
​
"I wasn't always fond of the Heffner family," she continued. "Before I met your uncle, I had lived a life of luxury and expensive parties. I used to be this proud rich girl who could have anything she pointed her finger at, except one thing..."
​ 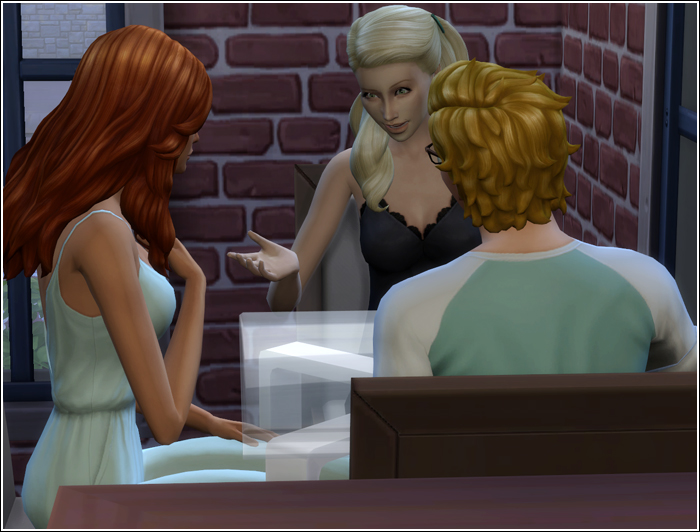 "...wait a minute, you're telling me that you and mom were both in love with the same man? With Tony?"
​
"Yes. I thought she was the only thing standing between me and him. I devised this plan to humiliate her in front of the whole high society, to show that she didn't belong, that she was nothing. I wanted Tony to see I was superior to her. Oh, how wrong I was. I had absolutely no idea how much he loved her. It was me who ended up humiliated in front of everyone thanks to Tony. But I think I deserved that, I was a terrible person."

"Don't be so hard on yourself, Marissa," uncle Brian interjected. "As I remember it, you were unhappy more than anything. And Tony was no saint. He must have been well aware of his power over you. Men like him always enjoy the attention of multiple women. He teased you and played with you. My sister could have been another you. I still don't understand what happened that he became so infatuated with her."

"I still don't understand how I ended up married to you," Marissa said and the two of them exchanged impish smiles. Clearly this was some sort of their private joke. 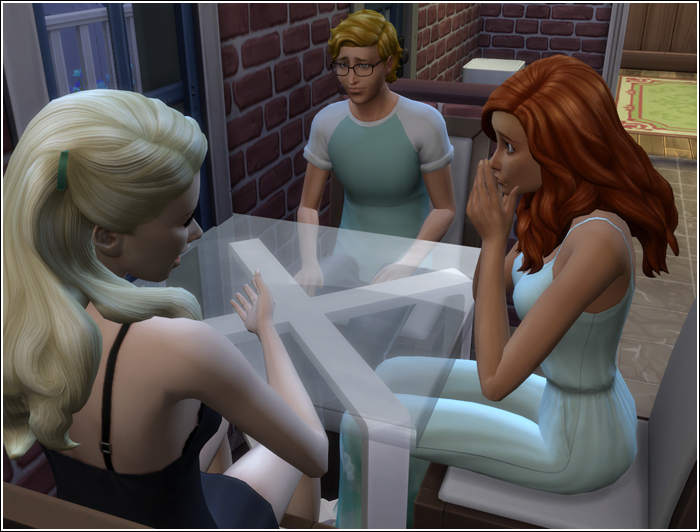 "Anyway, at the same time there was a bad blood between my father and Tony regarding a business going wrong. After Tony humiliated me if front everyone, my father swore to take revenge on him. I didn't pay any attention to his plans for I started seeing Brian. When I decided to marry him it drove wedge between me and my father. He didn't like the Heffner family because Tony had a soft spot for them, among other things.

The reason I'm telling you all this is that when I was leaving my father he said something that stuck in my memory and resurfaced again tonight. He said that there were bad things in motion and I could get caught in the middle of them if I married Brian. I believe he might have done something to cause this. Your uncle thinks it is too far-fetched, but he didn't know my father. My father... he was in connection with bad people and doing business with them. He could have paid them to hurt your family to destroy Tony."

​Unlike uncle Brian I did not think it far-fetched. It would explain why they took mom and Chris and not Ronan or Celeste.

"You know, the book your mother wrote has rekindled all these speculations about her and Tony. The publisher seemed to encourage it too. And when you look at Chris, you don't have to be a genius to see these rumours are based on truth."

"But what are we going to do? We should tell the police."

Uncle Brian shook his head. "I'm afraid they won't believe a theory about a dead man's revenge. Not without a proof."

"We have to do something! Did your father have any documents anything?"

"There are few boxes with his stuff and his old computer in the basement. I brought it from his house after he died to look through it later but I never got to it."

"What are we waiting for then? Let's go to the basement!" 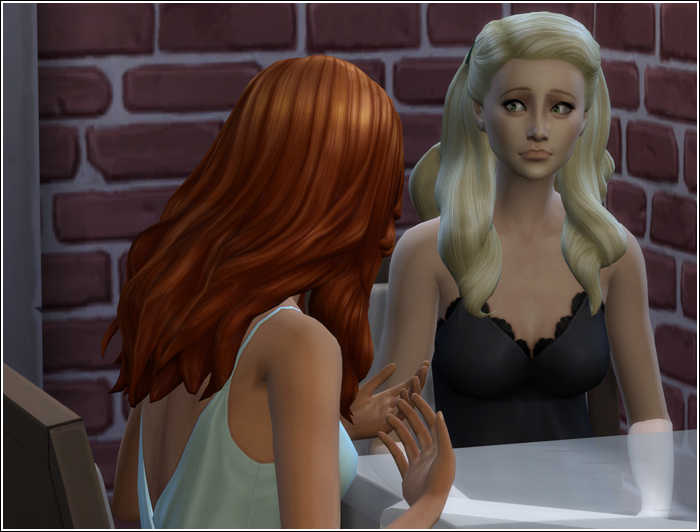 "Listen, Kellie, before we go downstairs, I have to ask you not to tell anyone what you'll see down there."

I gave her a quizzical look.

Uncle Brian who was following us chuckled. "Kellie, Marissa doesn't want you to tell anyone about her collection of garden gnomes." 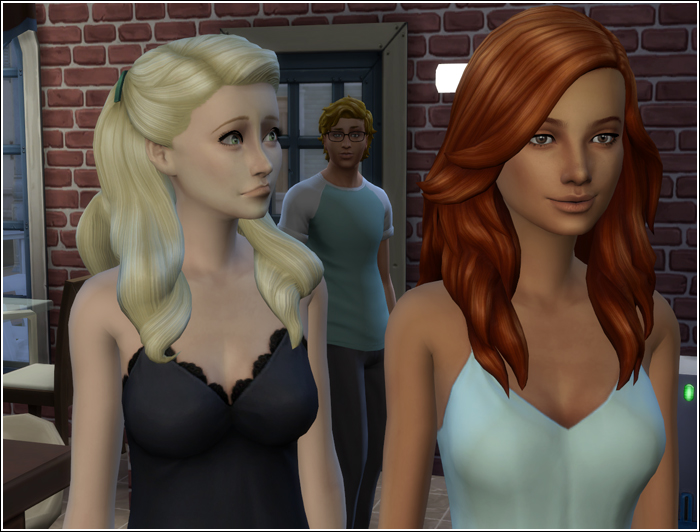 How do we find anything here? I thought when I saw the mess in the basement. "Ever heard of garage sale, auntie?"

Probably not. "Erm, nothing." 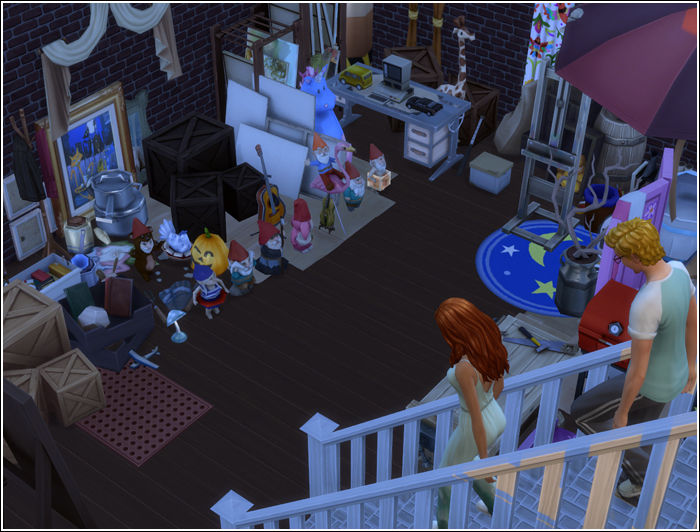 Fortunatelly, aunt Marissa knew what was where in this chaos and we retrieved her father's stuff in no time. 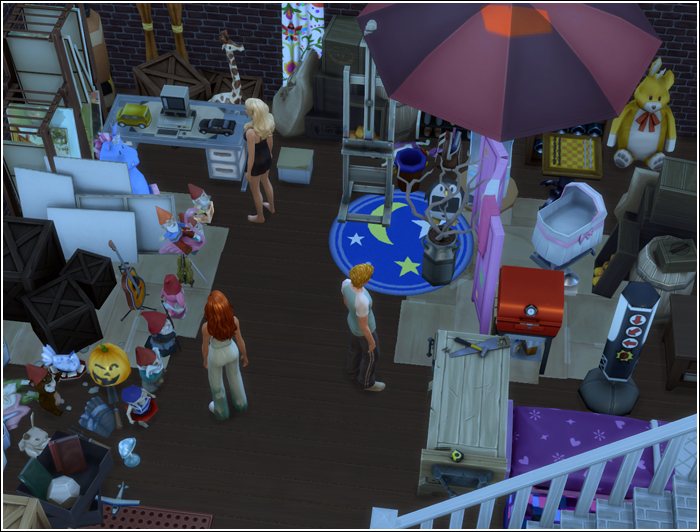 The computer was still functional, but the problem was Marissa didn't know her father's password to get in and none of us was a skilled hacker.

"I'm going to call detective Mitchel," I said. "The police have experts to get in. And he gave me his number to call him in case I remember anything important. If this is not important, I don't know what is."

"No, I can't. It's another six hours my mom and Chris will be in danger." That seemed to have taken the wind out of his sails.


Detective Mitchel arrived pretty quickly. It turned out he was still on duty. I told him everything my aunt told me.

"Miss Heffner, I thought you said you never saw Tony Corleonesi. You seem to know a lot about him though."

"I said I never saw him speaking with my mother or brother."

"So you've met him. Aren't you too young to be twisting the truth like that? We don't like being played for fools, young lady." He said that in serious tone but he was smiling. I had a feeling he's not taking me seriously. Maybe it was because I was standing there in my sleepwear. I noticed his eyes often wandered to my jumpsuit. Great job, Kellie. Now he thinks you are sleepwalking.

I blushed. "I'm not twisting the truth. It was just a little omission. Can I now show you the computer I was talking about? Will you help us?" 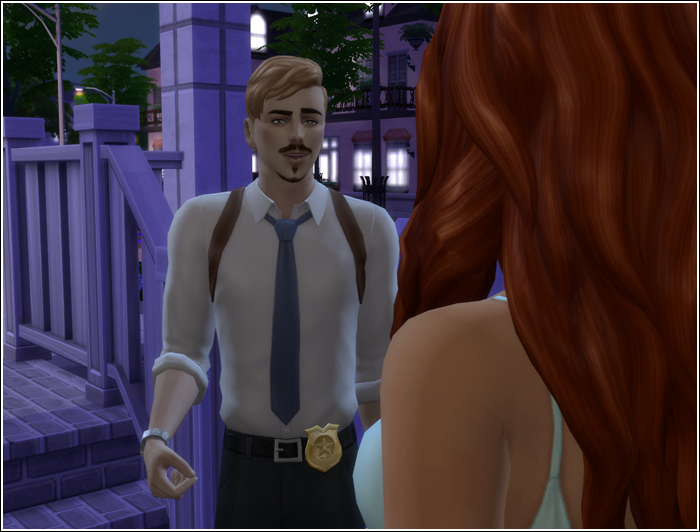 "Alright then. Show me what you've got, miss Heffner." 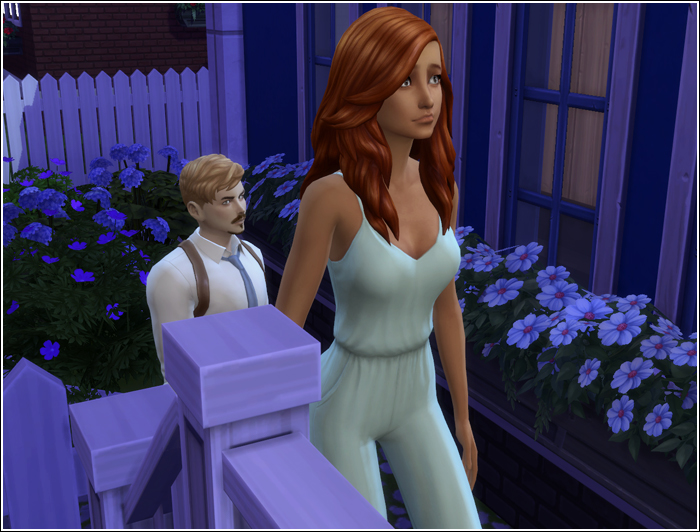 I picked up the gun and was now twenty minutes from my first target's location. Curiously my breathing didn't cause me too much pain anymore. I felt better. Must be the fresh air. Being outside also gave me the illusion of having more options, which I didn't have, of course. I was going through my plan over and over in my head. It was a good plan. The best I could come up with in this situation. 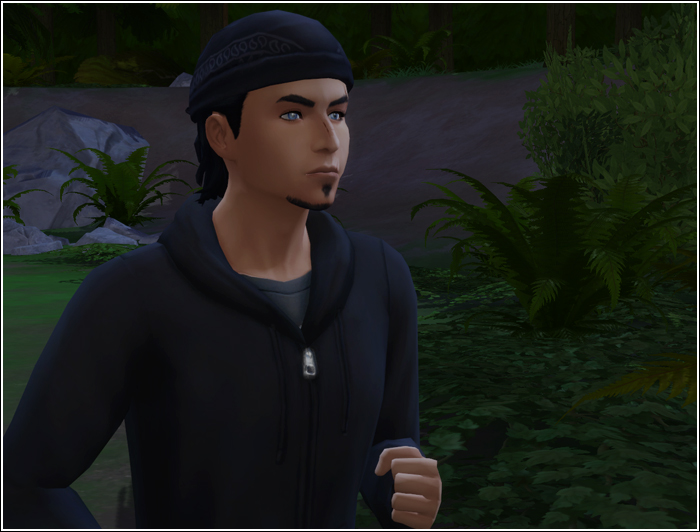 After twenty minutes of brisk pace I finally saw my first target. He looked like he was having a great time. I felt almost sorry for having to ruin his night. 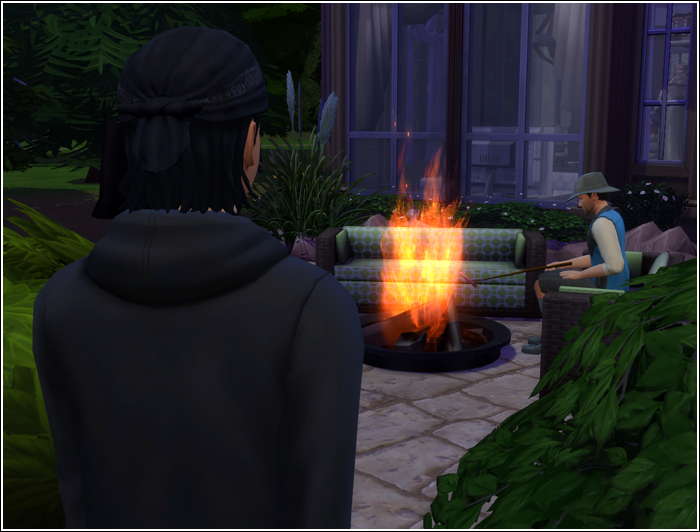 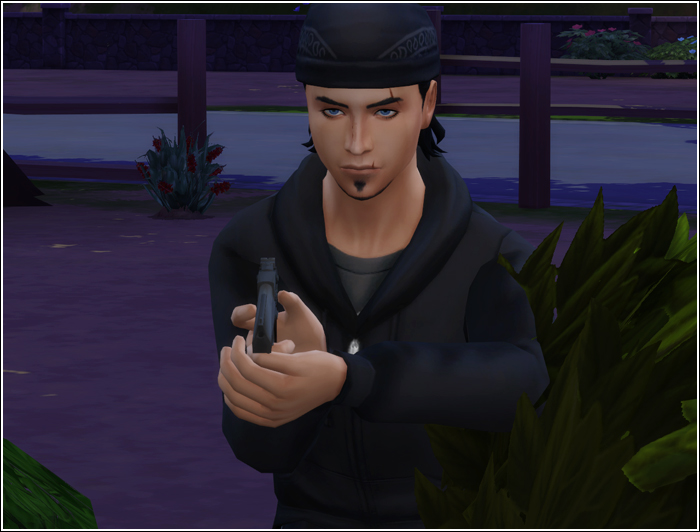 "Ah, Tony!" He looked at the gun in my hands. "Don't tell me. You've been contracted to kill me. Again. How much is it going to cost me this time?"

"Inside the house, Vincent. Move. Now."

He rolled his eyes. "I know you're enjoying this, Tony, but there's no need to be overly dramatic. I'll pay you twice the prize as usual. Now let me finish roasting my hot dog." 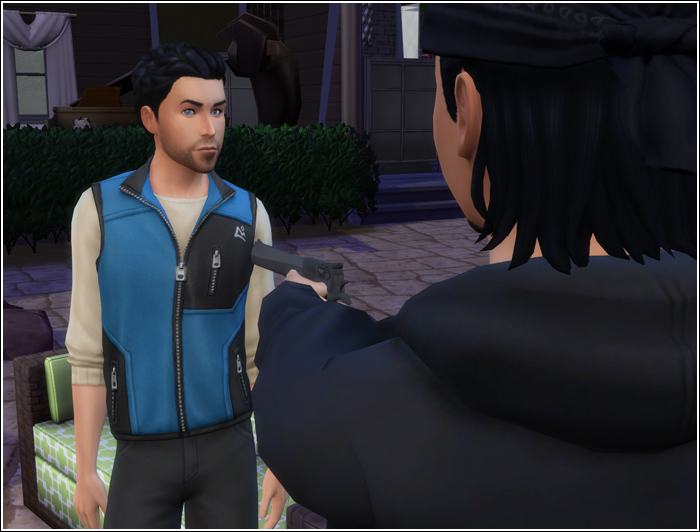 "I'm afraid there will be no payoff this time. Move, Vincent."

He reluctantly headed for the house. "Have I told you my assets quadrupled since the last time?" he threw over his shoulder.

​"Congratulations. Or maybe not." 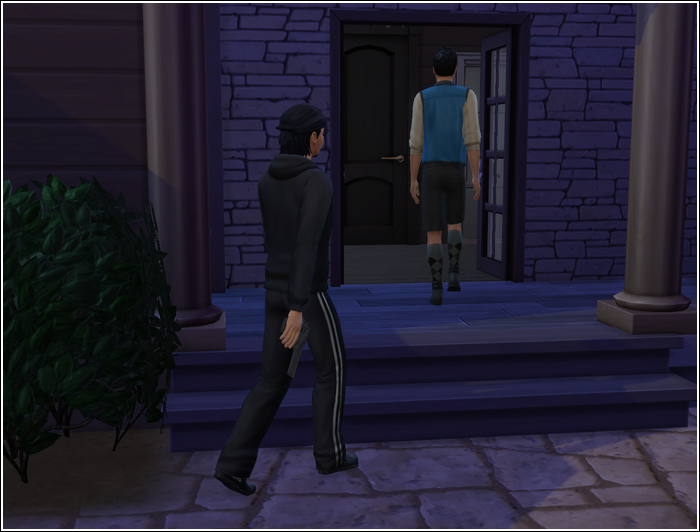 "Oh. Hm. When did you make so many friends?"

"Stop talking and move to the window."

He complied with a sigh.
​
"You'll have to do more than just press a button for a transaction to occur or write a check, Vincent. Now, listen to me carefuly and do exactly what I say and when I say..." 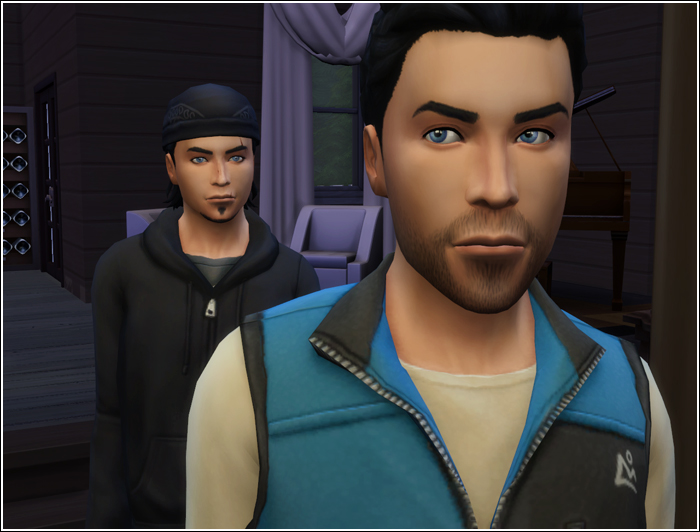 Vincent was obviously taking his role very seriously after I had told him what I wanted from him. "Suit yourself. I wouldn't be doing this, if I didn't have to. You're a good friend, Vincent. The best, actually."

"Okay. Make it quick, Tony. Don't let me writhe in pain on the floor, because your hands were shaking. I really don't want to go down shot in the groin."

​He took a deep breath and nodded. 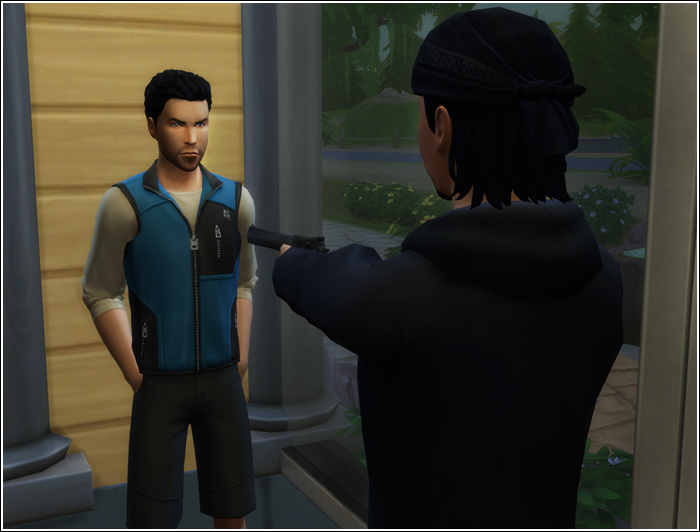 I fired my gun and Vincent collapsed on the floor. I dragged him into the bathroom. In few minutes I'll be on my way to the next target. Or at least that's what Lien's men will see. 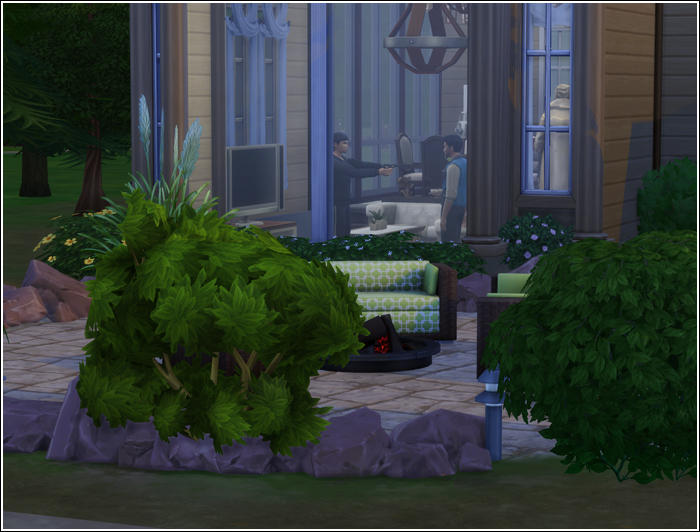 Author's note: Again big thanks to Swcheppes for building this awesome holiday house for my favourite disgustingly rich lawyer Vincent. Available for download.
Powered by