So everyday goes by
and everyday I fall
it makes me wonder why,
my life's worth nothing without you

But everyday I say I'll try
to make my heart be still
'cos every way there is to cry,
ourselves to sleep, we will

3.10 We have Kellie now
Dead dad,
it's been a month since I met you and lots of things happened. Next few days after you left, mom was really sad. She was crying every night before sleep and I often caught her just sitting and staring at her phone.
​ 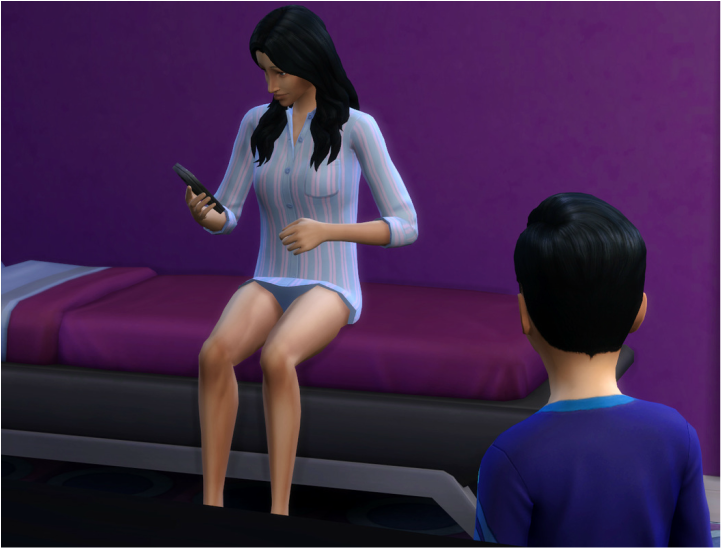 She didn't even want to go to the park with me and play, instead she spent days at home in pyjamas and eating lots of ice cream. Well, that part wasn't all bad, cause I got to eat lots of ice cream too. 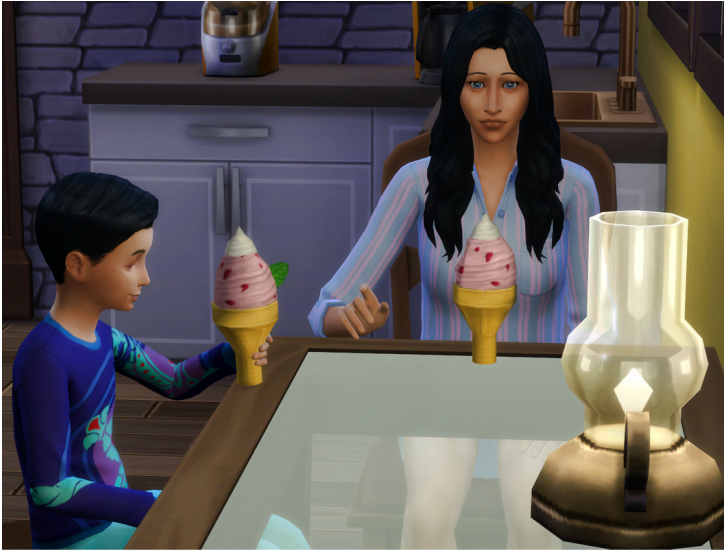 ​Grandma Babs has grey hair now. She says it's from her constant worrying about my mom and her future. She said you broke mom's heart. I don't know what that means exactly, but I think my heart is broken too, because you are not here to play with me. I guess that's why mom is sad. She looked happy when you and her were playing a prince and a princess the night you were here. I think the adults love to play make-believe too, even though they like to pretend they don't. 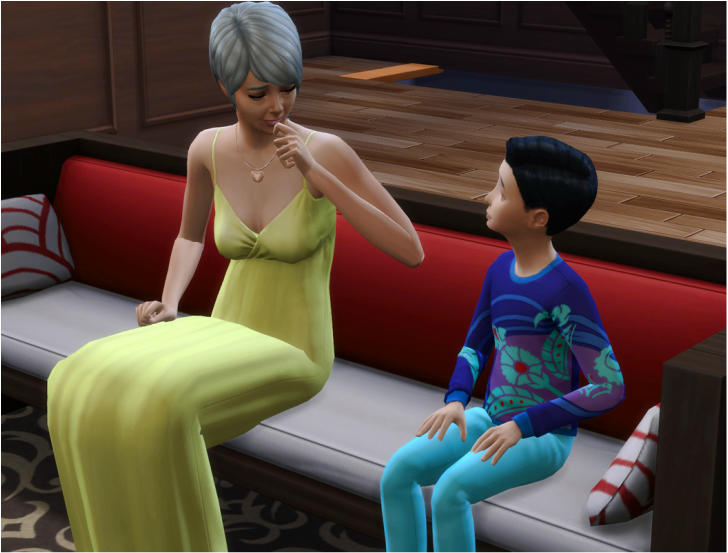 ​
Uncle Bernd moved out. He needed solitude to compose his music. That's what he said. He's living on the same street, so he can visit anytime he wants and so can we.
Uncle Bradley works out most of the time. He taught me couple of dirty tricks to beat Max Caliente, which I finally did the other day. It felt so great! But the next day he came with his brother Edward and together they beat me up again. It's so unfair! I don't have any brothers to help me beat them. I don't have many friends either. There's Taylor Scott, but she's a girl and everyone knows girls can't fight. Well, most girls. Then there's Kellie, but more about her later. 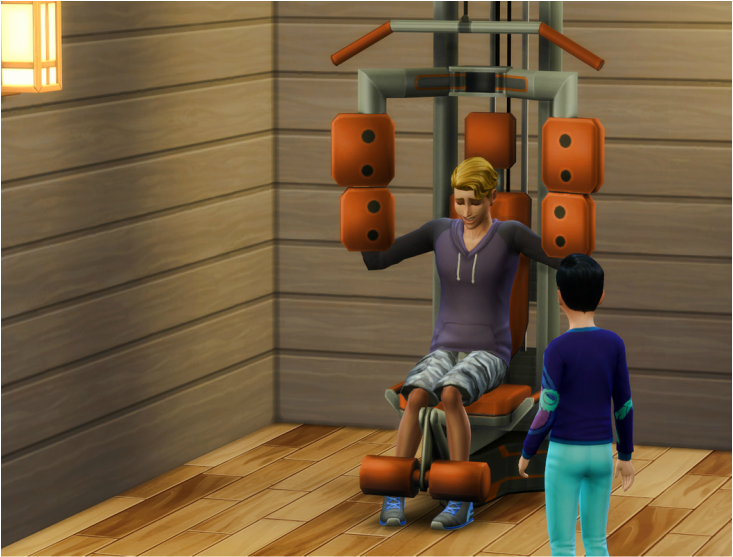 Uncle Brian has been acting weird also. Anytime I went to him to play with me, he's on the phone with someone. 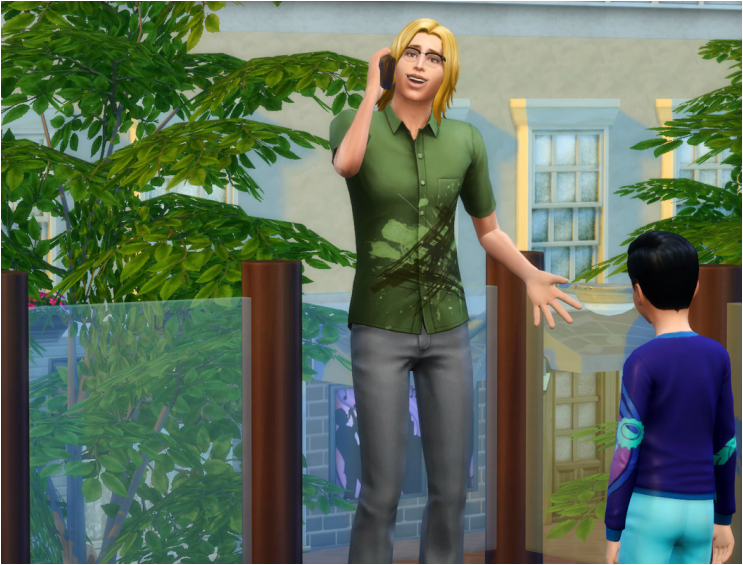 Everything pretty much sucked at the time. But then mom received a phone call one day and from the day on she started looking pretty again, not that she hadn't looked pretty before, but her face wasn't puffy anymore. Grandma said it's a good sign. I also heard her say that mom looks somewhat determined. I wasn't sure what that meant, but I guessed it's a good sign too. 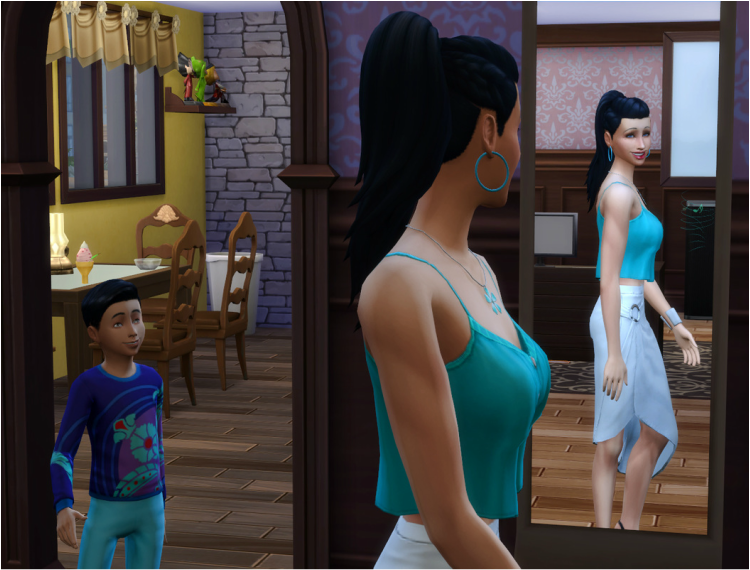 It turned out that the phone call wasn't from you, as I had thought, but from a guy, who later told me to call him Dr. Angel. He invited us to a house where children that have no parents live. I didn't have to go to school that day which was cool. 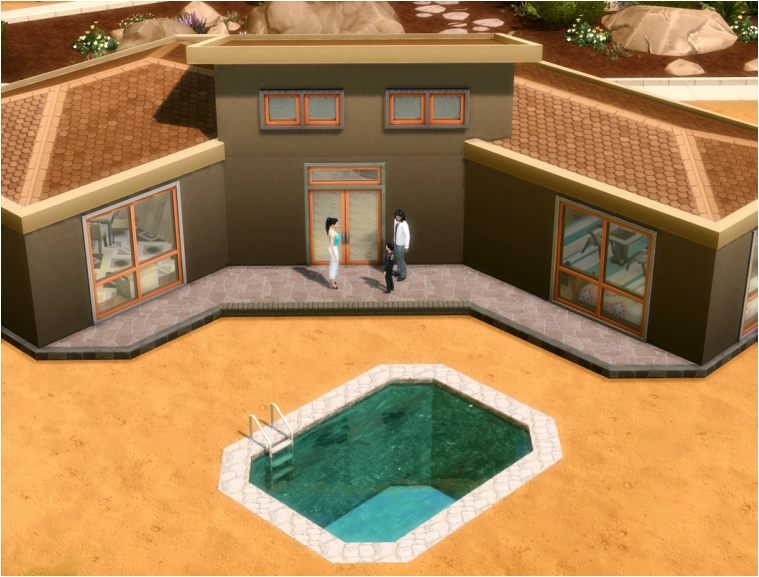 I know I had been bothering mom a lot about you not living with us. I won't do that anymore. I hanged out a bit with the kids who lived there when they came back from school and they told me they had had a pretty rough life. Most of them didn't even know their real parents. That's awful! The good thing is I met Kellie there. I tell you more about her later. 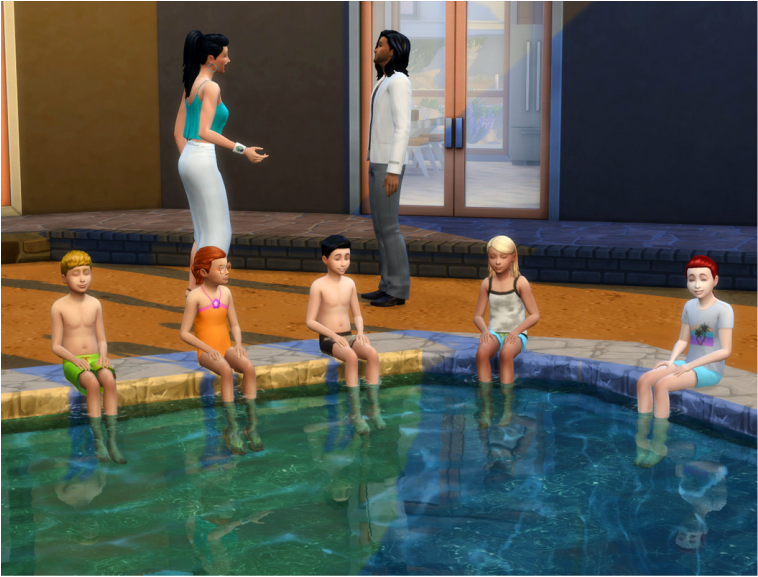 ​Dr. Angel showed us the whole place. Mom told him she liked it very much, especially both bedrooms for kids. 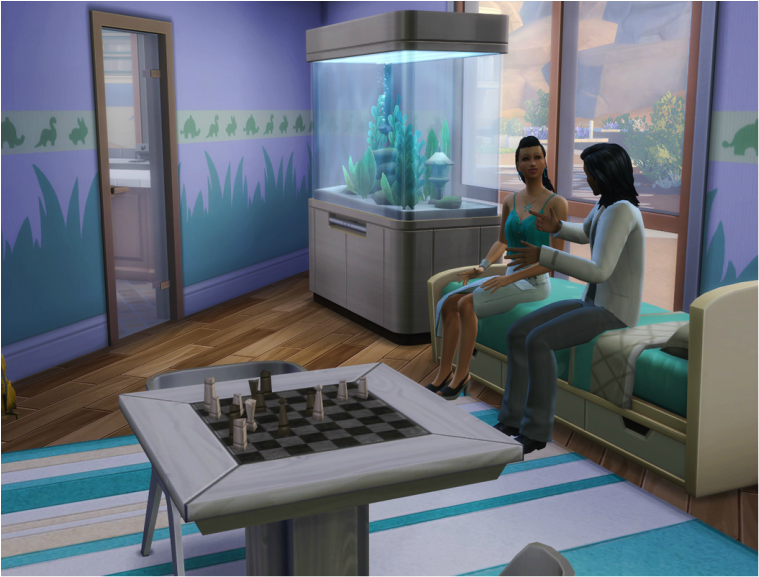 Mom also said she's sure the kids were happy there, but I don't know. How can they be happy without mom and dad? I'm glad I have mom and grandma and the uncles. 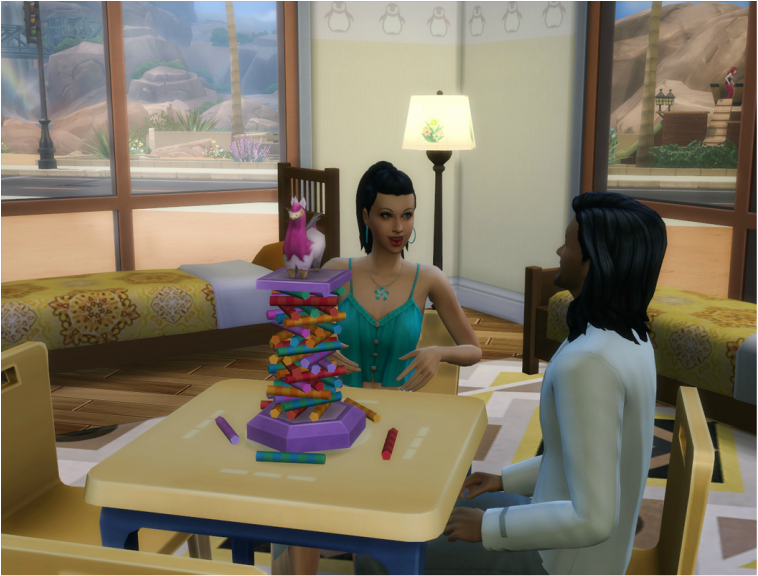 I was playing with the other kids, while still keeping an eye on mom and Dr. Angel. I thought he was smiling too much at her and I didn't like it. 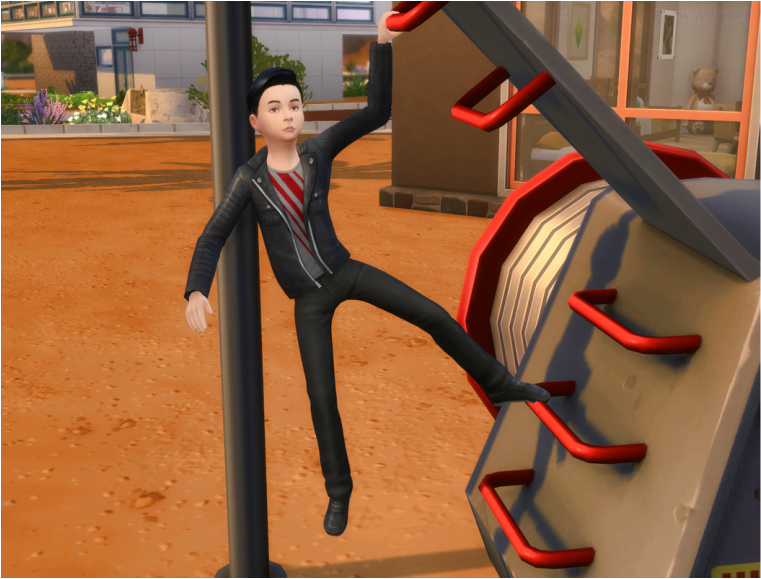 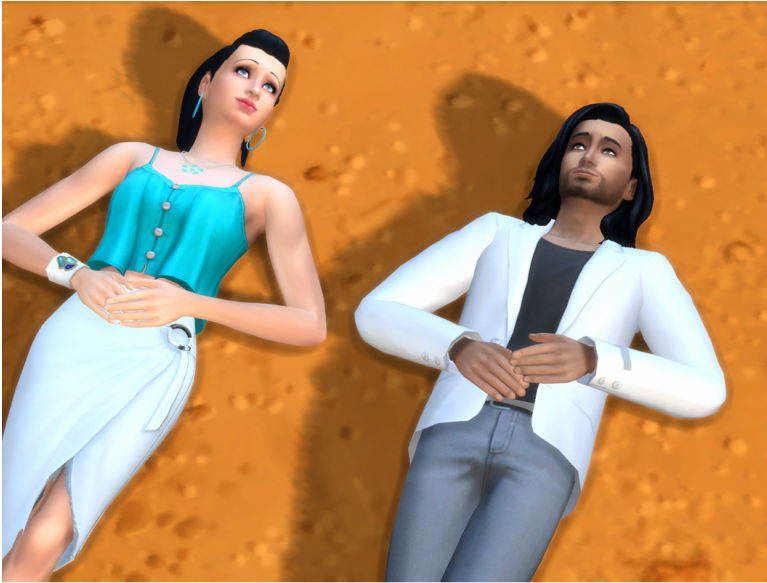 And then suddenly they were not. Dr. Angel was leaning over mom and I think he was going to kiss her. I had to stop him! 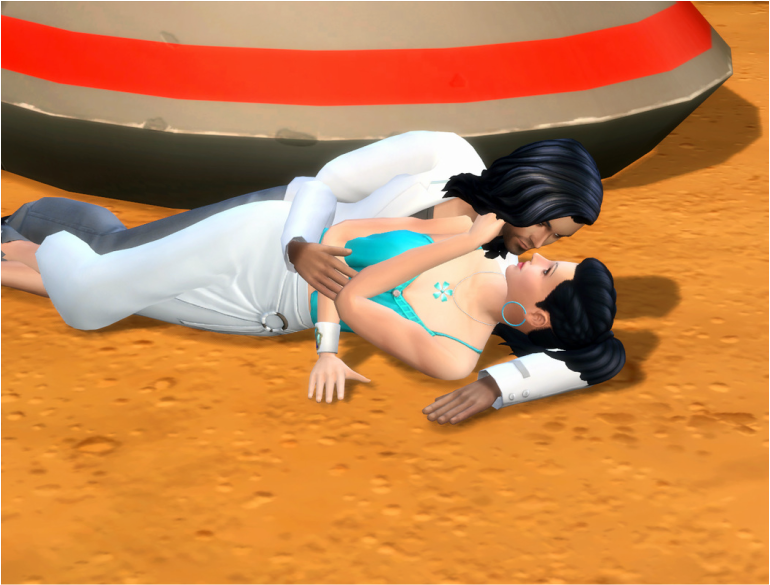 "What are you doing down there?" I yelled and startled them. Mom just giggled and Dr. Angel stopped touching her, but I could tell he wasn't happy at all. 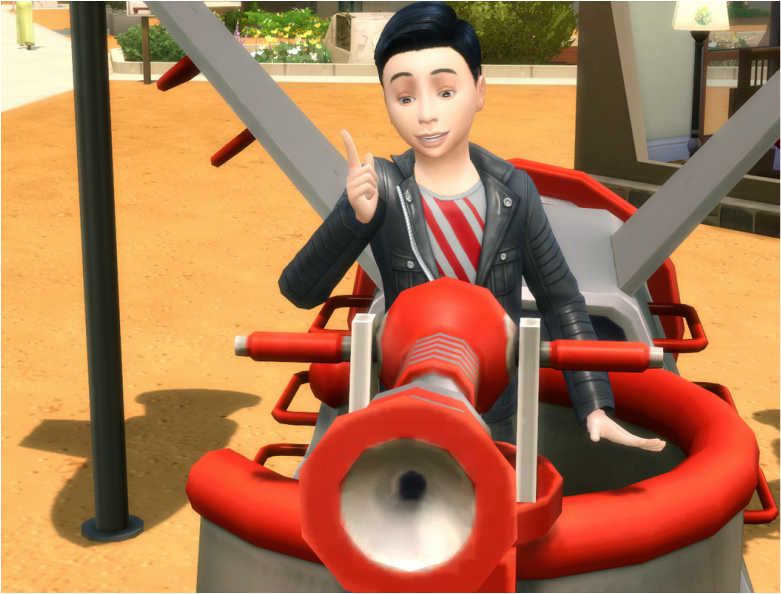 He kept making eyes on her after that, but I couldn't do much more about it. 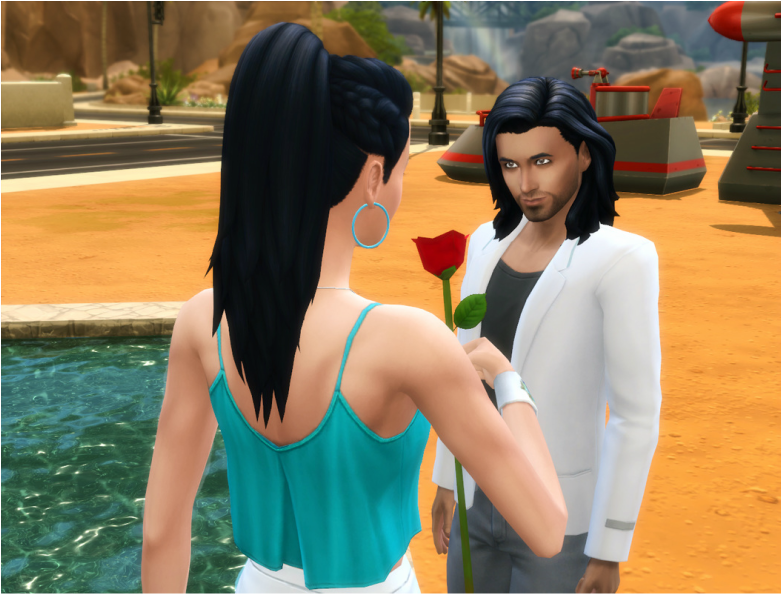 I was thinking about you, dad, and that you ought to come back soon, before mom would decide to marry Dr. Angel. 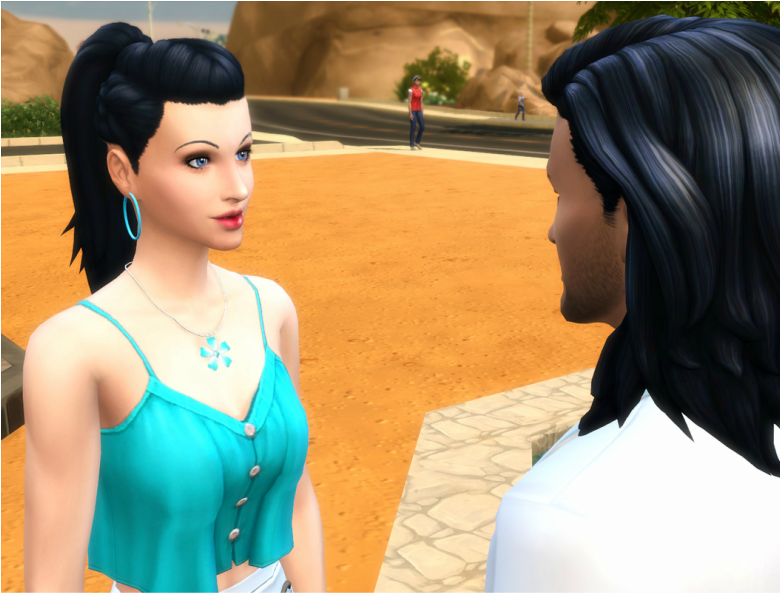 Mom was even taking pictures with him. I don't want her to replace your picture with his on her night stand. 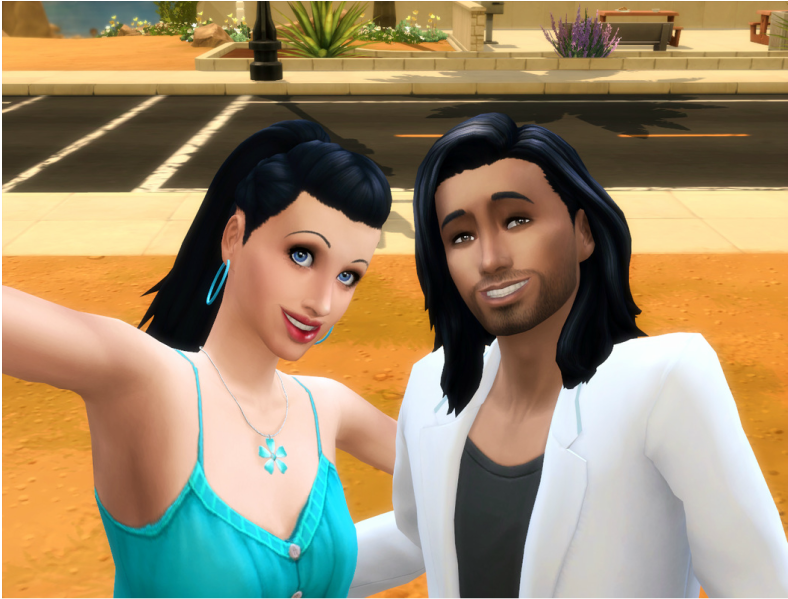 Thankfully, Kellie went to Dr. Angel and asked him to play Don't wake the llama with us and that got him too busy to woo my mom again. I started to like Kellie a lot from that moment.
Kellie is now Heffner too. And I'm really happy she is!
When mom talked to all those orphaned kids, she felt so sorry for them and wanted to take them all home with us. But we couldn't take them all, you know. We had to leave some for other people. Anyway, mom asked me who I liked to play with most and I pointed at Kellie. And we took her home with us. Actually, it took couple of days to "do the paperwork" as mom said, but it is now official: Kellie is my adopted sister.
​ 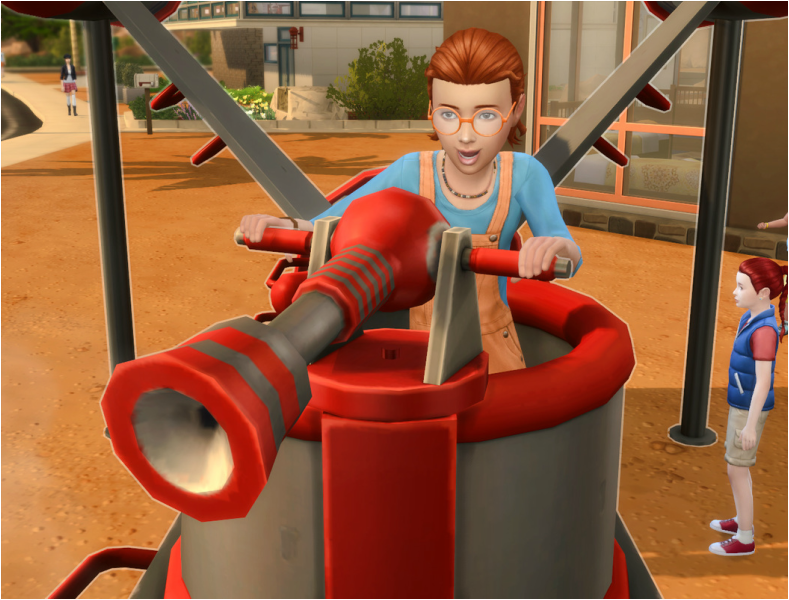 ​And let me tell you, dad, she's totally cool! We met the Caliente boys in the park the other day and they started beating me up. Kellie dropped her school bag, roared like a tiger and jumped at Edward's back, scratching him and pulling his hair until he ran away. I dealt with Max then. She's the best sister ever. I don't want a brother anymore. I've got Kellie now and she can fight like a boy. 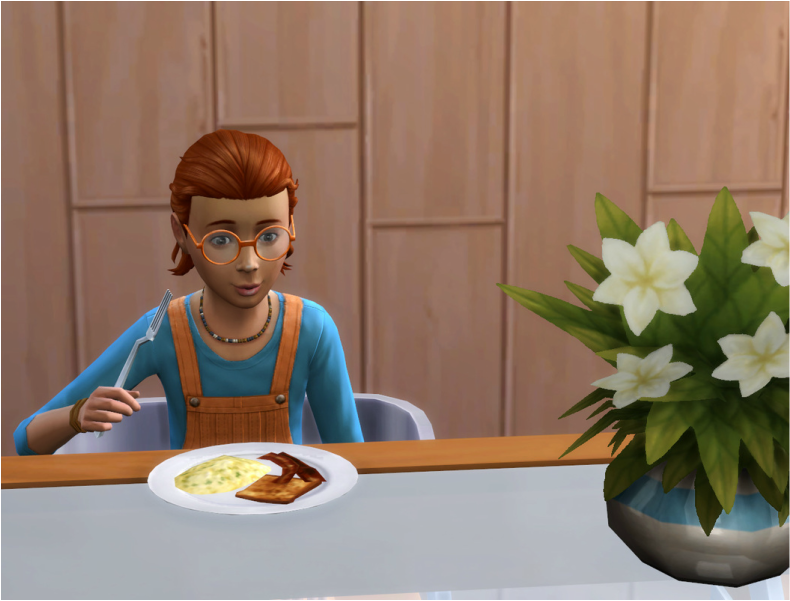 Mom went out with Dr. Angel several times. Then he called one day and didn't show up ever since. Mom was sad again, but not as much as before. I asked her if Dr. Angel didn't want to see her again because of me. She said he told her there was an emergency and he is needed in Windenburg and had to leave immediately. But he never called again.
"It's just us, again, Chris," she said sadly.
"Not just us, mom. We have Kellie now!" 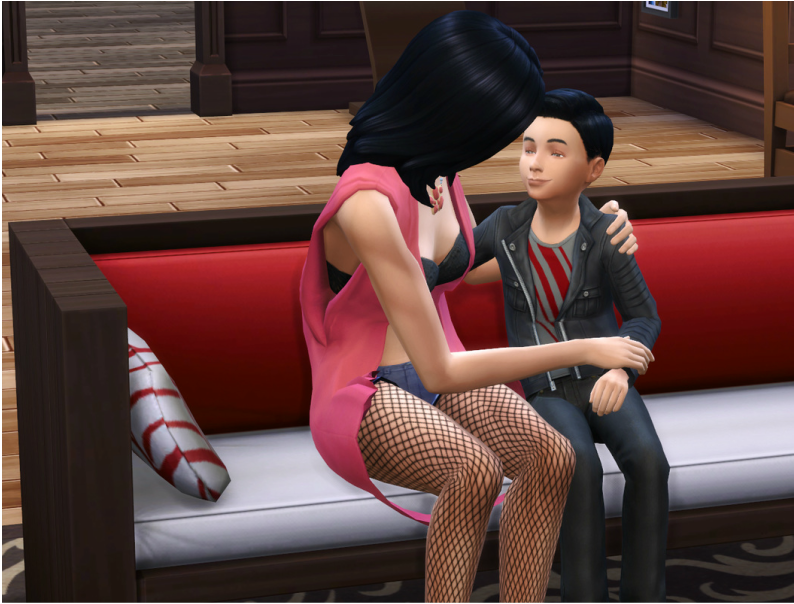