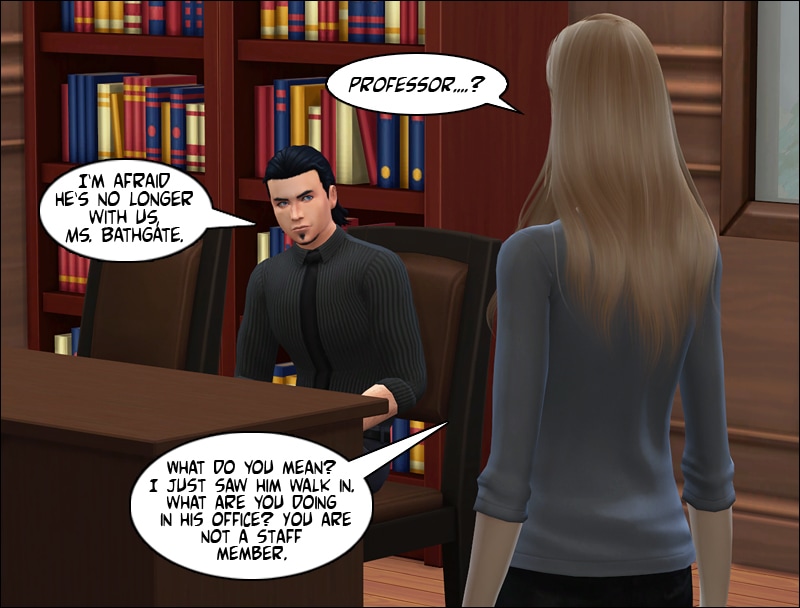 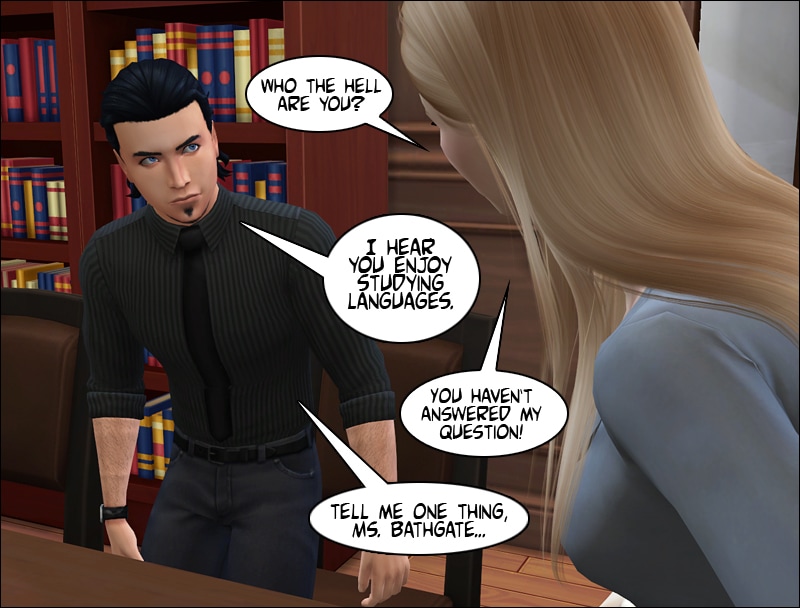 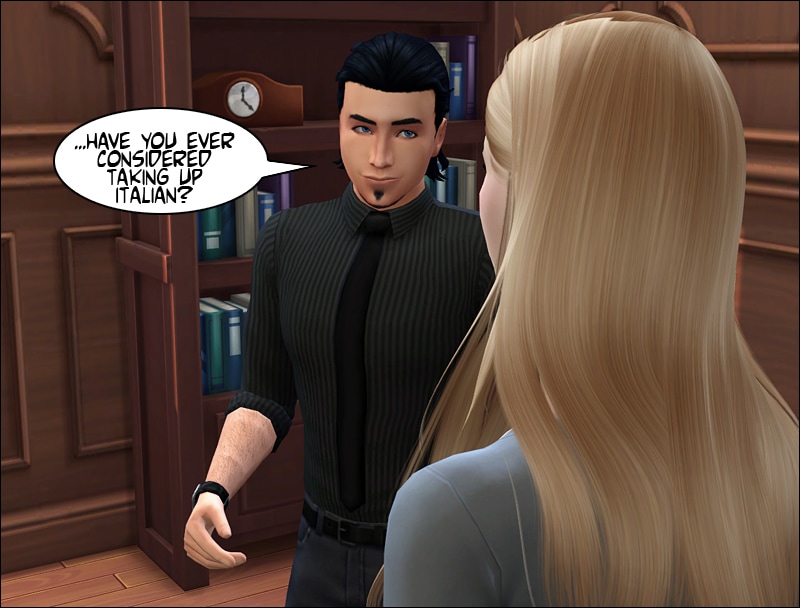 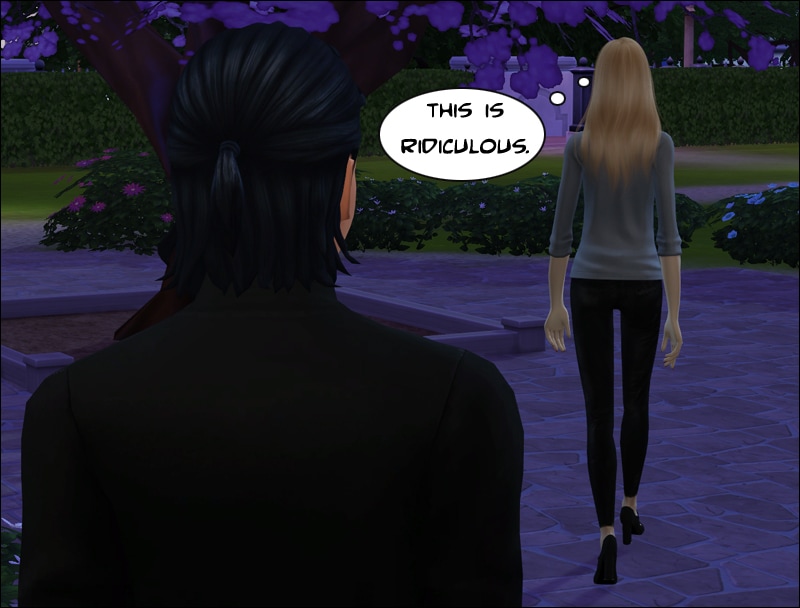 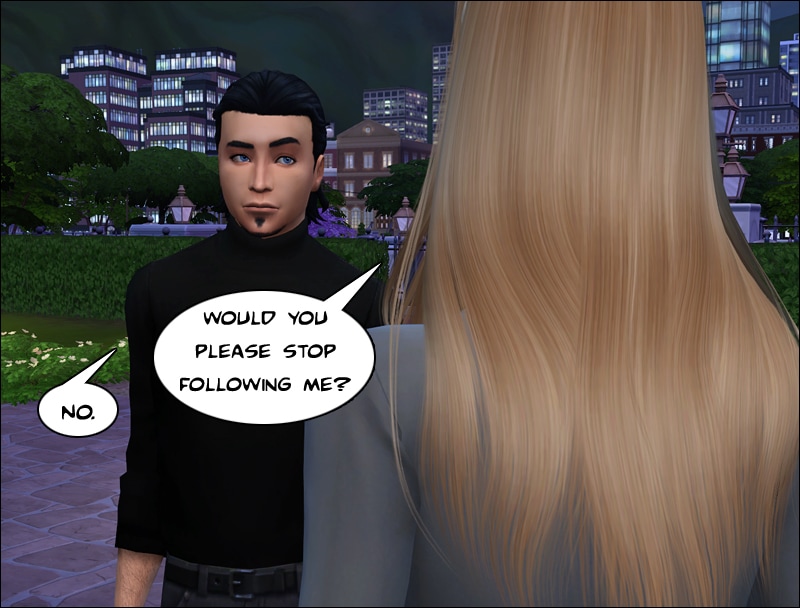 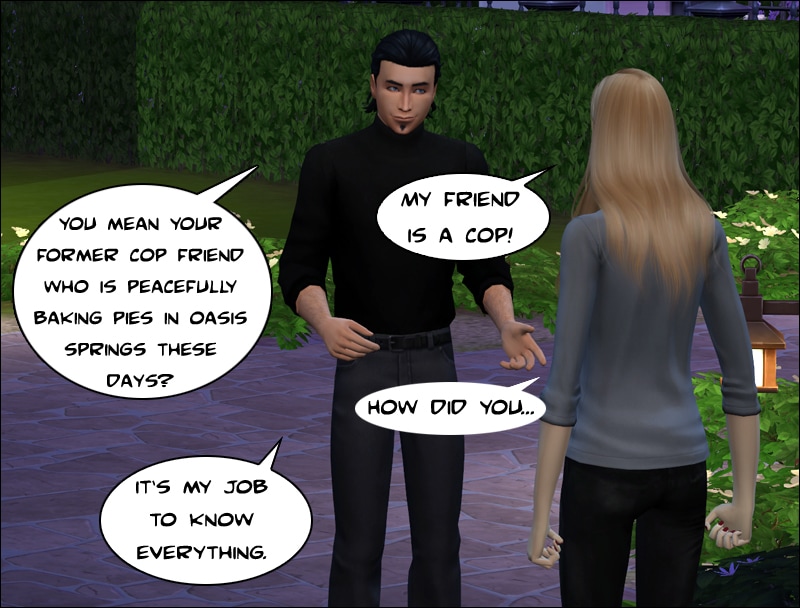 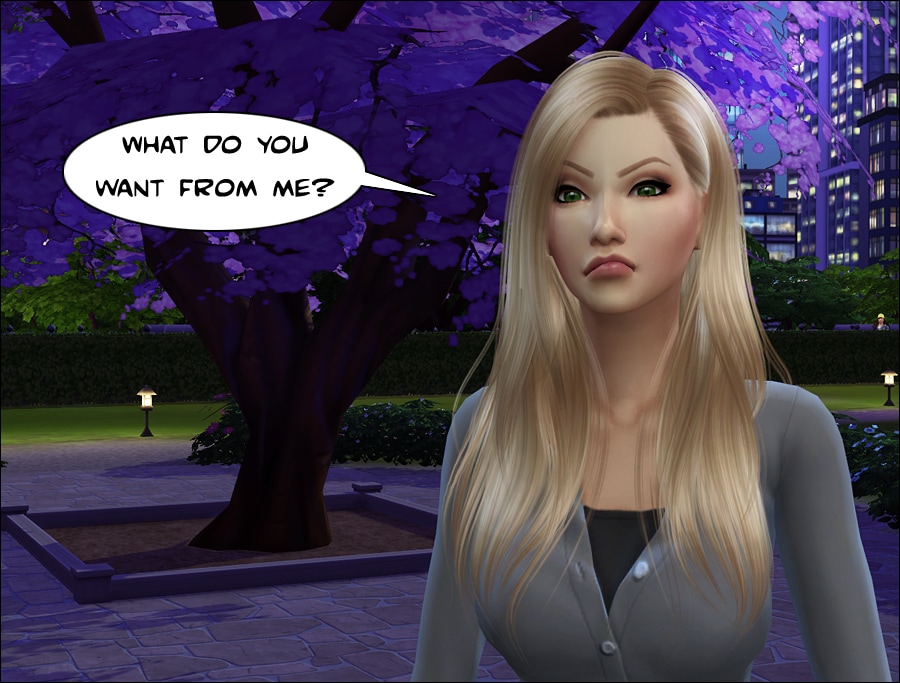 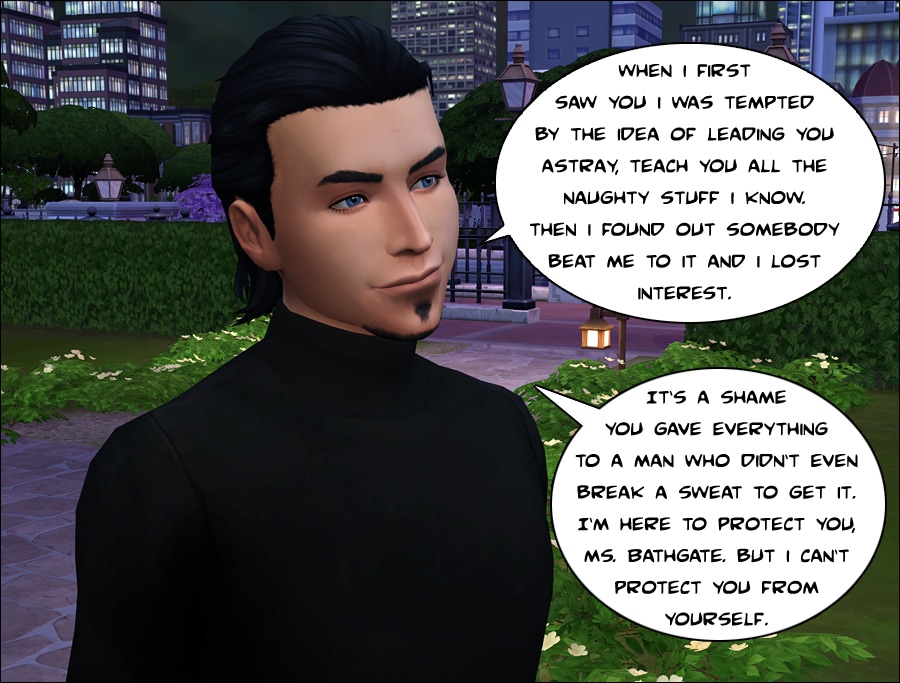 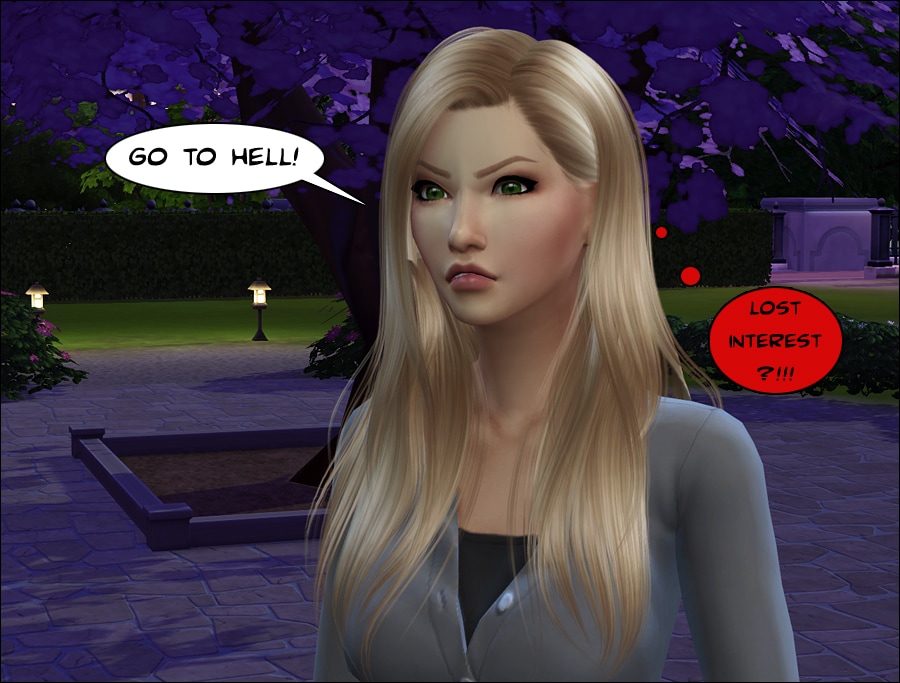 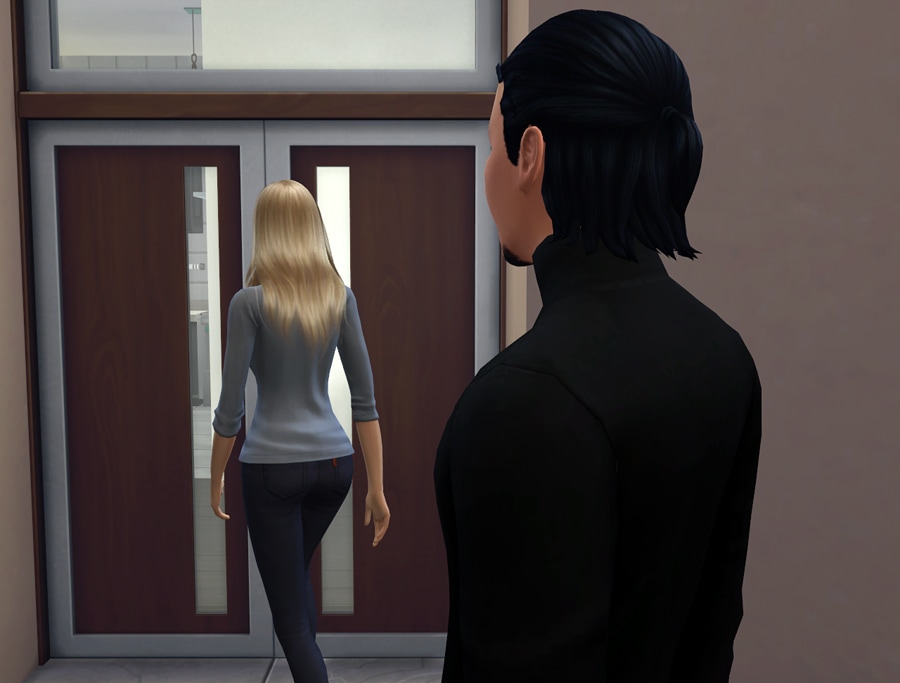 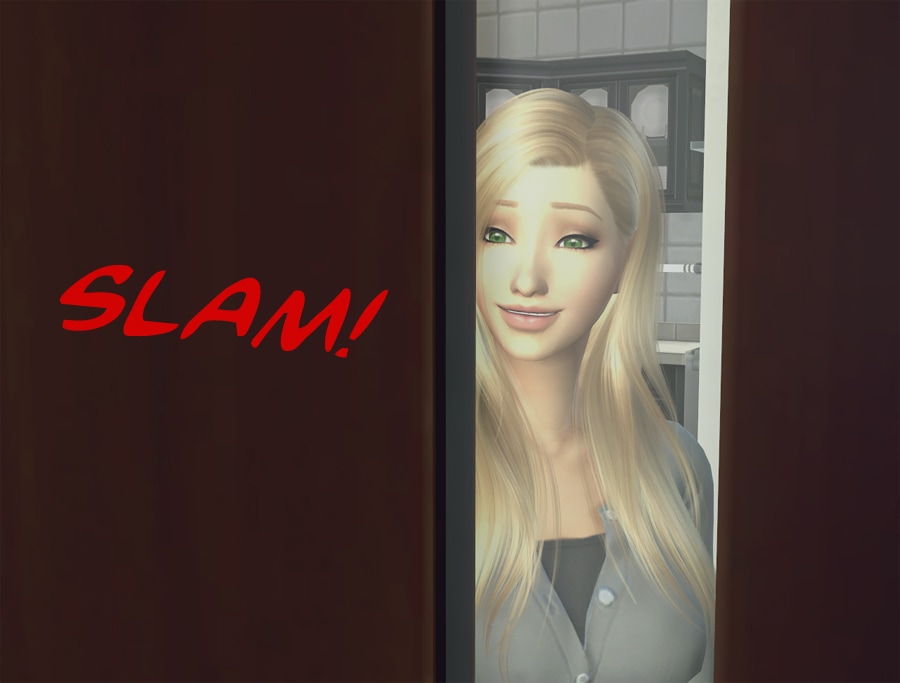 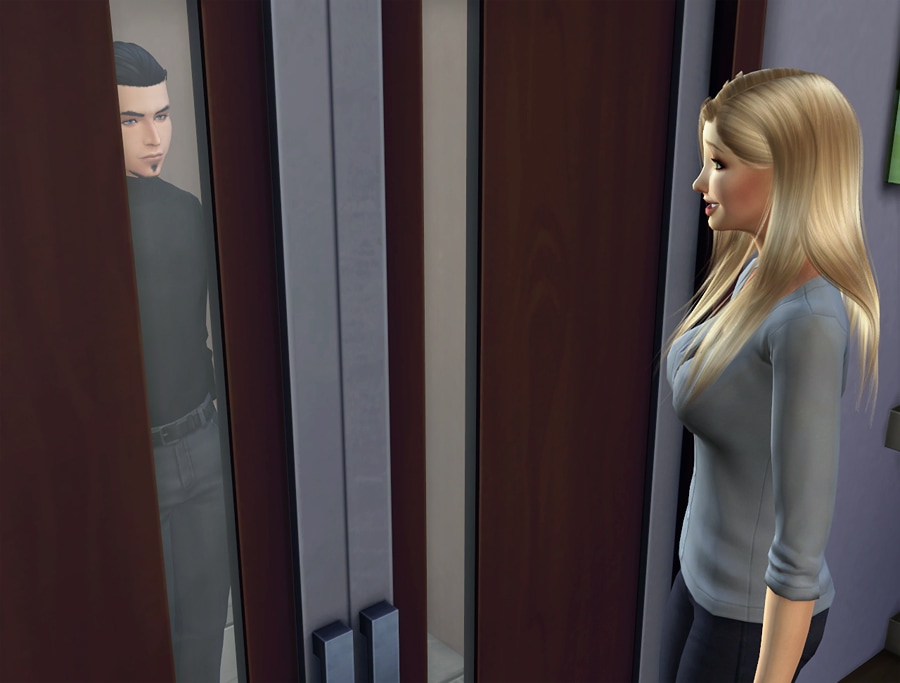 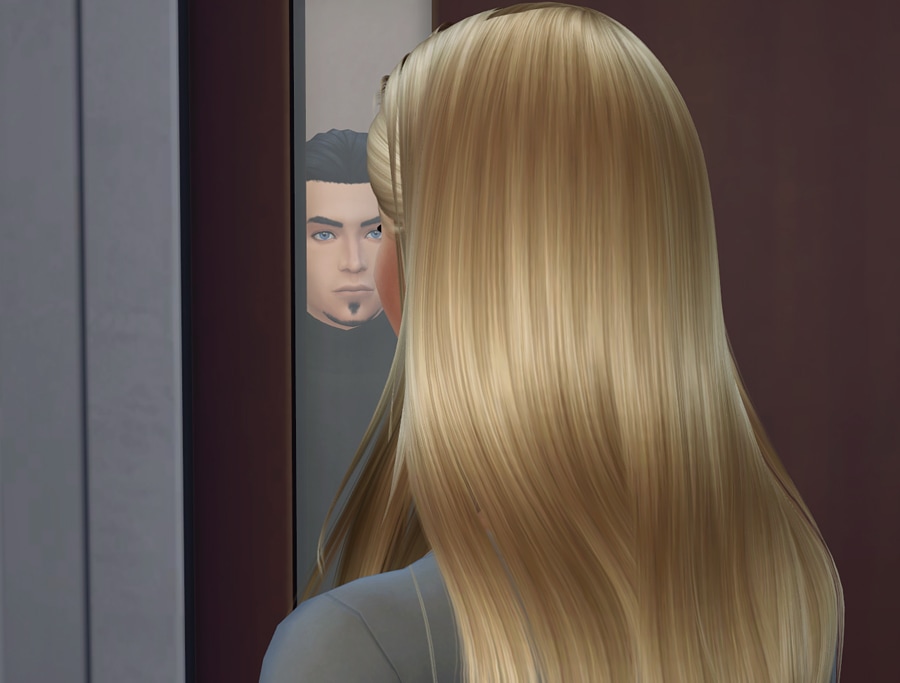 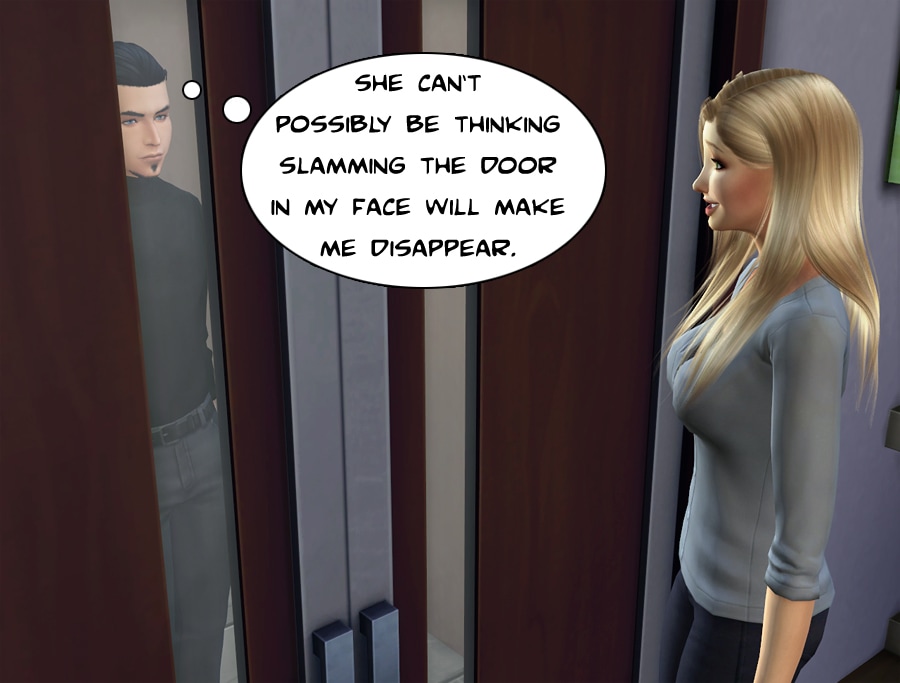 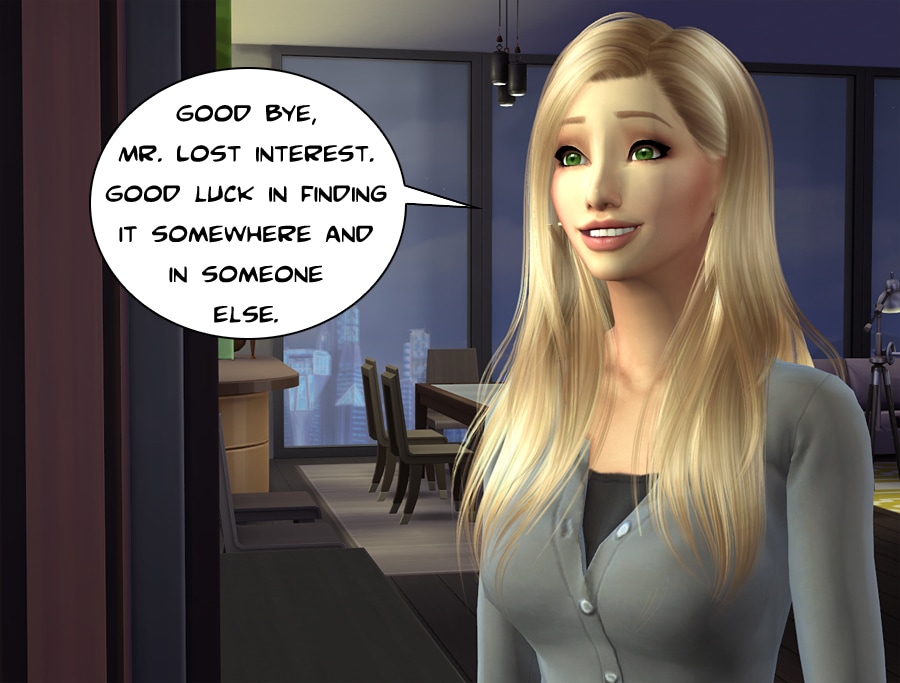 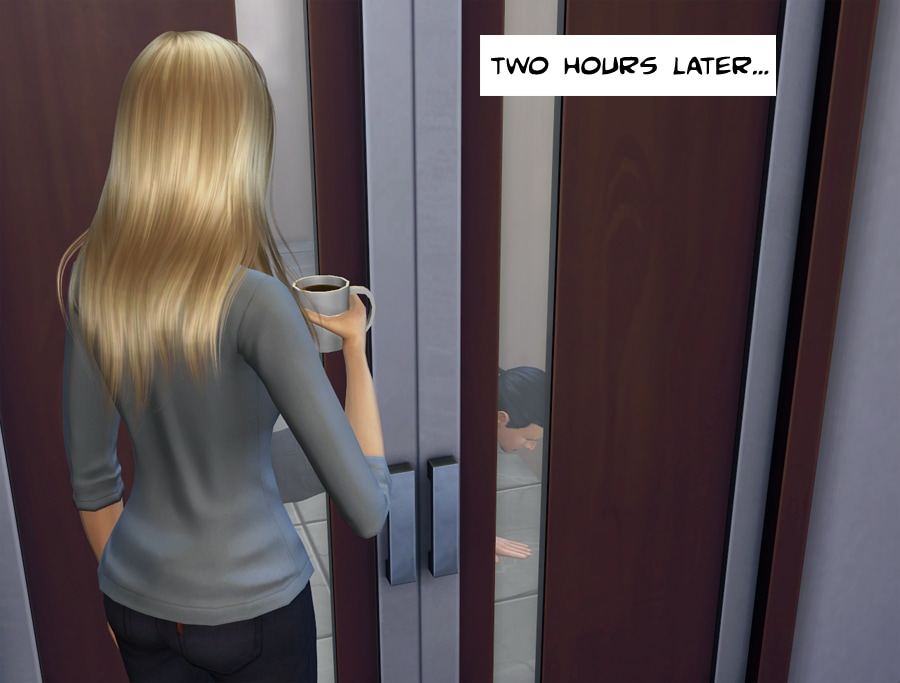 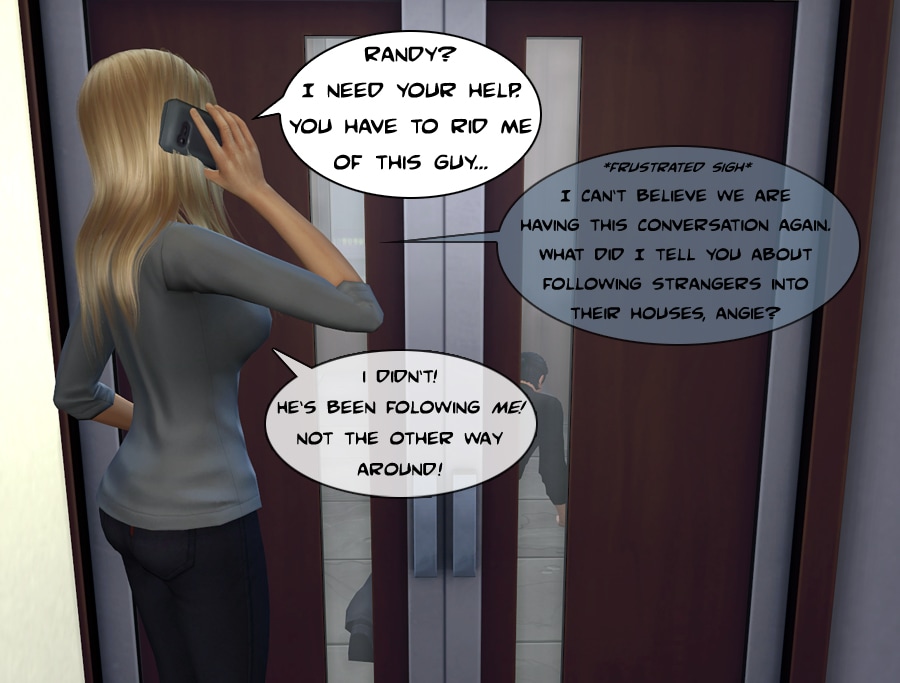 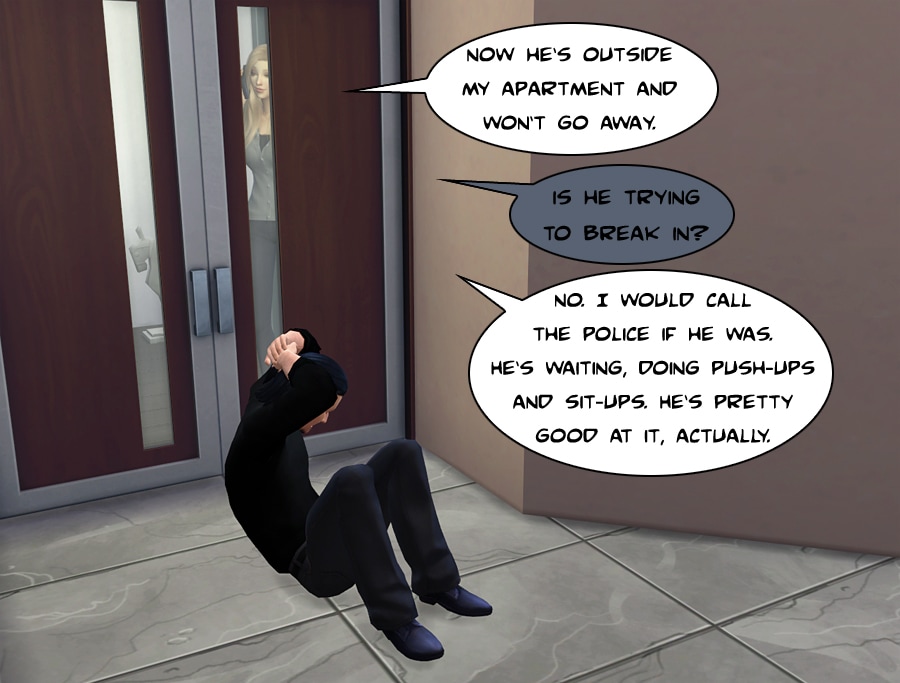 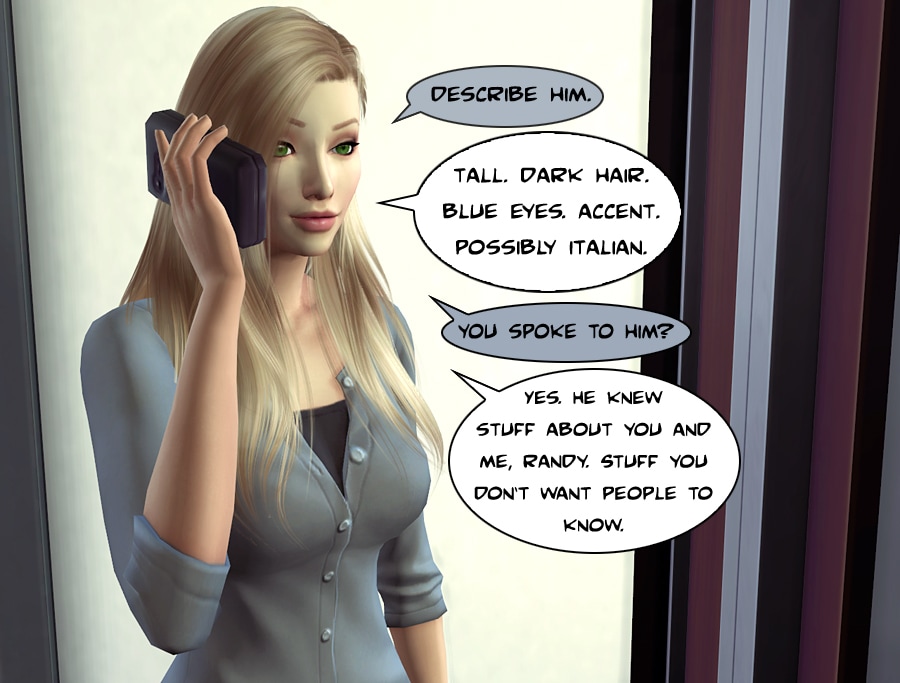 Ash: Oh, wow, what a man!
Arleen: Who’s he? Oracle, you said we all need to look at him.
The Oracle: Mr. Tony Corleonesi, the most wanted hitman in New Crest.
Arleen: Someone hired him to kill Angie? It doesn’t make any sense.
The Oracle: I don’t think so, she’d be dead by now.
BB: I can take care of him.
Randy: Always looking for someone to kill, Bane?
Arleen: What else do we know about him?
The Oracle: He’s tightly connected with the Heffner legacy. Current heir, Chris Heffner, is his son. He and his mom were once taken hostage. Guess what happened to the kidnappers? When police came to save Heffners, they found around twenty dead men. Tony killed them all, alone!
Randy: Not impressed.
The Oracle: Купер, завидуй молча.
Randy: Было бы чему завидовать. За одну миссию я убивал большее число и не каких-то шестерок, а тренированных солдат. Только это не повод для восхищения.
Arleen: English, please, Randy.
Randy: I will talk to him…

Tony: It didn’t take long. Have you brought me a pie?
Randy: Mr. Corleonesi, what are you doing here? What would a person like you want from a young lady like Ms. Bathgate?
Tony: Funny question coming from you…
Randy: What is that supposed to mean? She’s a… friend of mine. And you scared her. Don’t you have other things to do? Like looking after your son? Or you came to make another kid as the first one isn’t too fond of you?
Tony: We can go on like this forever, Randy Cooper. We both have done questionable things, haven’t we? I’m not here to harm her if that’s what you’re worried about.
Randy: Then why are you here?
Tony: I had a debt with her grandfather that I never got a chance to repay. Let’s just say it got passed to Ms. Bathgate automatically.
Randy: Huh, a debt… Angela is doing fine and I think she doesn’t need you or your service. But it’s not for me to decide… Angela, will you let us in?

Randy: Angela, this is Tony Corleonesi, he says he’s got some debt with Nigel.
Angela: So?
Tony: I’d like to speak to you in private, Ms. Bathgate.
Angela: Okay, I think I can at least hear you out.
Randy: I won’t be far.
Angela: Thank you, Randy… 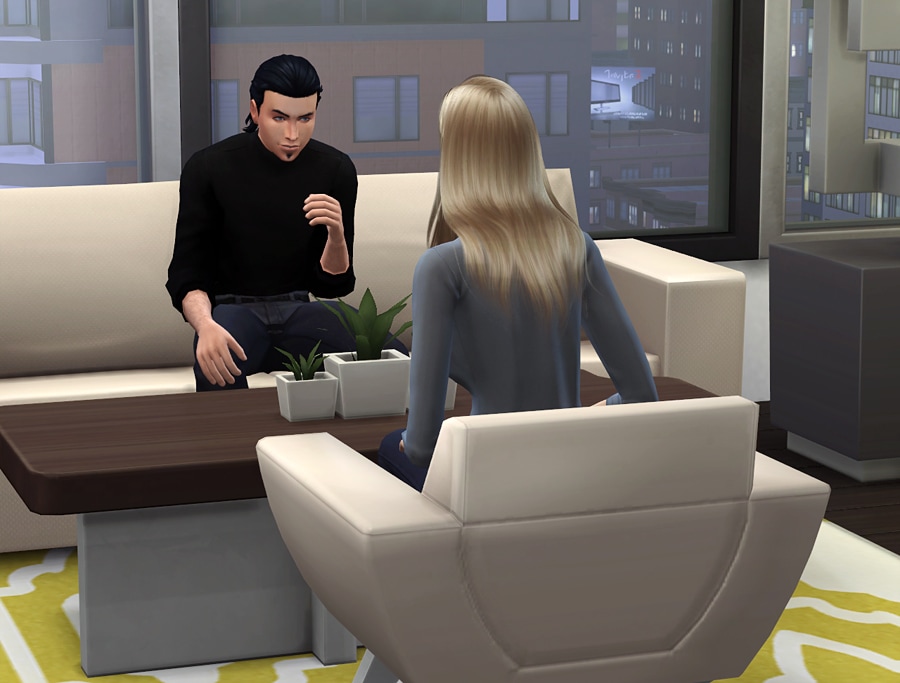 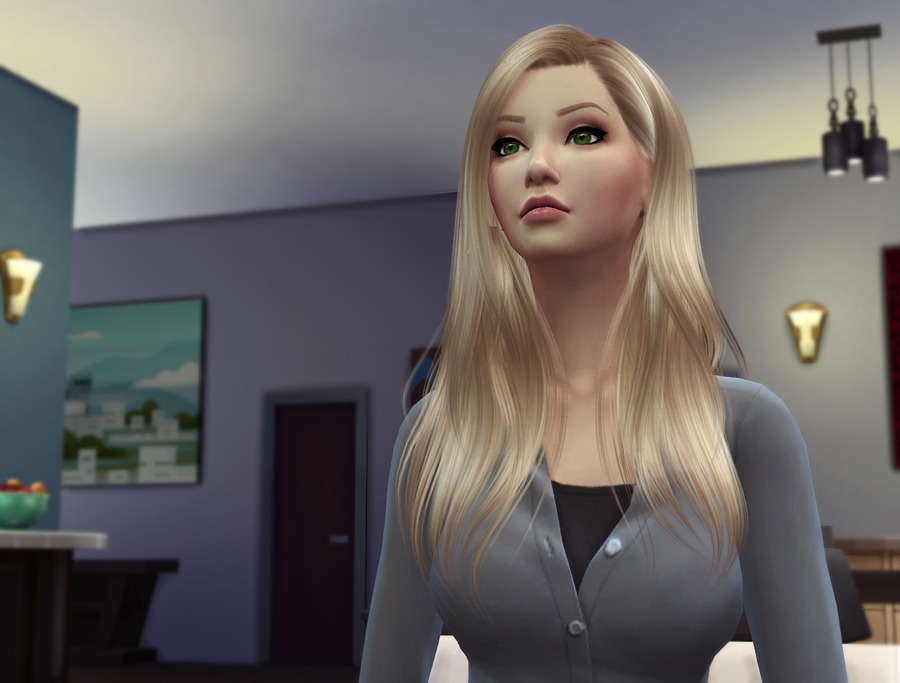 Tony: Ms. Bathgate, before I tell you how I became indebted to your grandfather, you need to understand something. People like me very rarely owe anything to anyone. If we do, well, it’s generally not recommended to come to a person who kills people for a living and ask for your money. Usually, it’s the other people who owe us and let me assure you, such situation never lasts long… 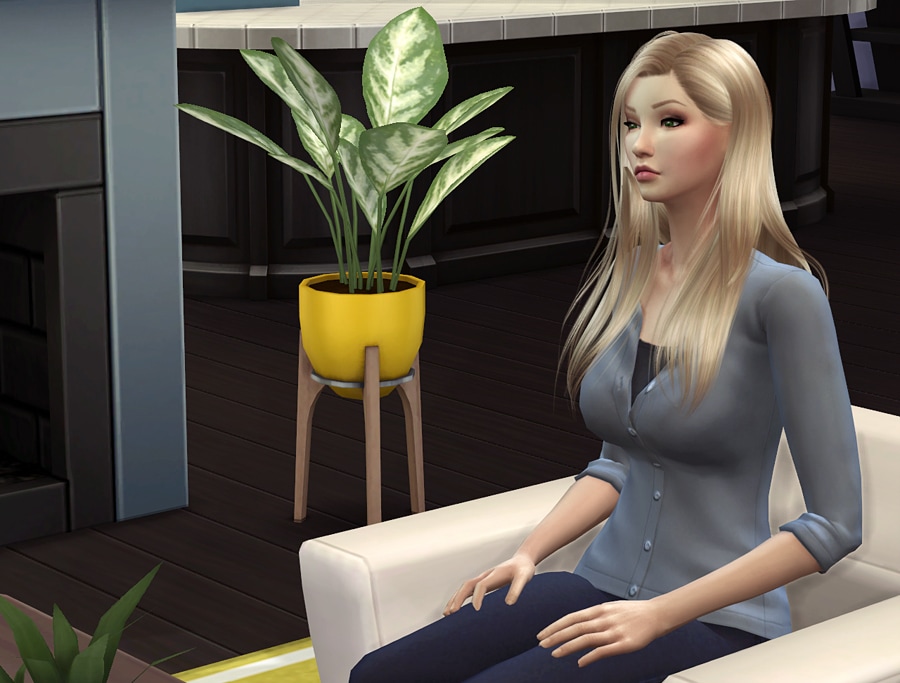 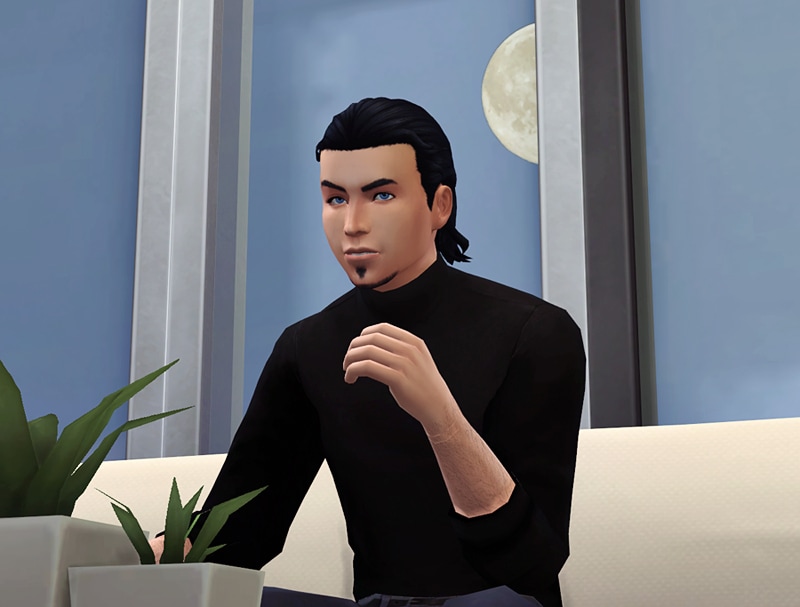 Tony: Did Nigel ever mention he lived in Italy?

Angela: Not that I remember. I didn’t know him too well. His past is a blank page for me.

Tony: Does the name Salvatore mean anything to you, Ms. Bathgate?

Angela: Aren’t they some large law firm?
​
Tony: Yes, among other things. They are a major crime family in Sicily, although their influence does not reach as far as it used to back in the days when Giovanni Salvatore ruled their clan. I killed someone for the first time at the age of seventeen and Giovanni Salvatore took a notice of me. You see those were dangerous times and people got killed very often back then. It wasn’t the kill itself what made him notice me, but the way it was done. I won’t bore you with details, the important thing is Giovanni decided to help me cultivate my talents and took me under his wing. 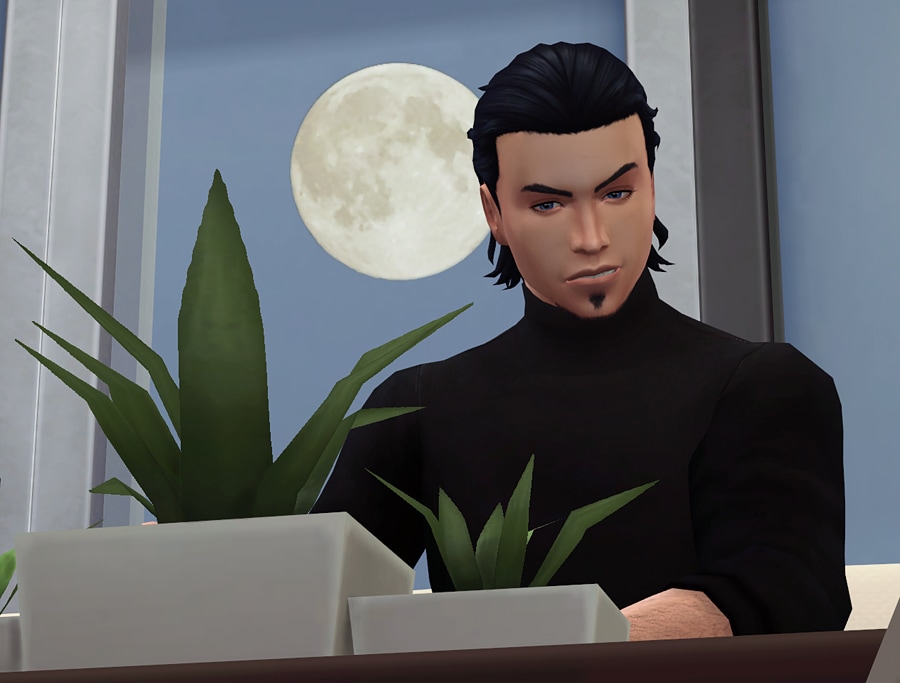 Tony: With time I became the enforcer for the Salvatores. I was most loyal and deadly efficient. To my great surprise Giovanni started to favour me over his own sons. Now this is where Nigel comes in. Your grandfather’s name carried weight among other families. He and Giovanni never had any major conflicts until the day I received an order to eliminate one of Nigel’s high ranking men. I had never questioned my benefactor’s motives. I went and killed the man very ruthlessly as I was asked. It turned out Giovanni never gave the order. I made a grave mistake and didn’t check with him. I was deceived and the war among the two families was imminent. 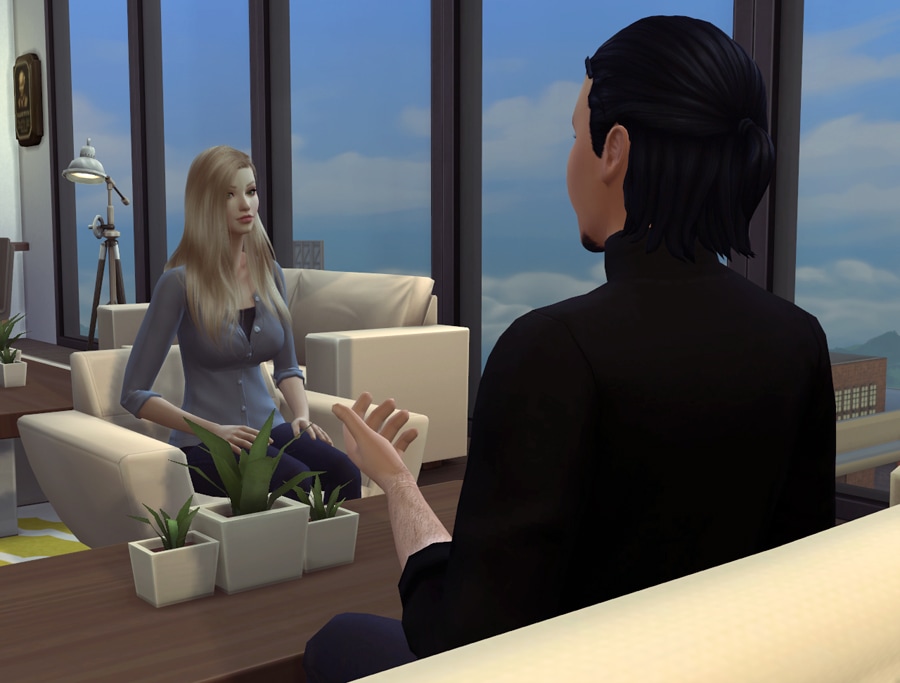 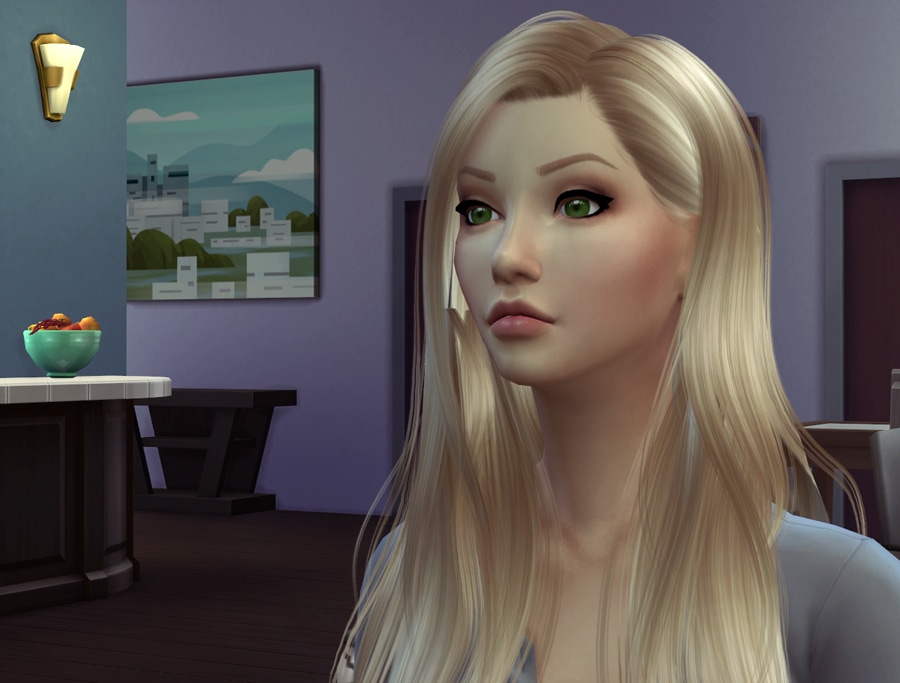 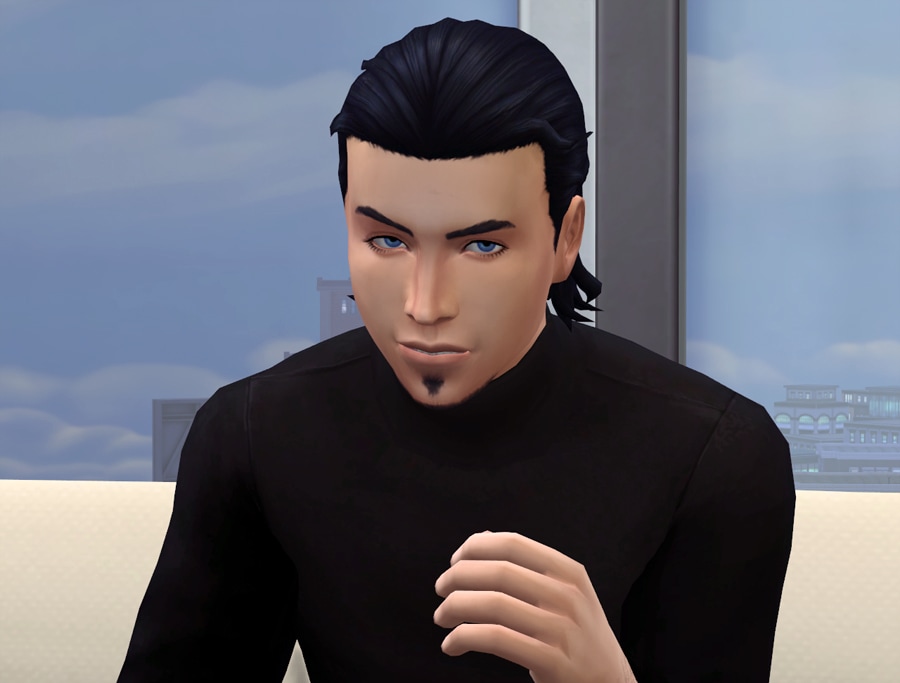 Tony: Giovanni did the only sensible thing he could to prevent the war. He had me tied up and delivered to Nigel, offering my life as an apology for what happened.

Angela: Wait a minute, why you? It was Giovanni’s sons, wasn’t it, who tricked you?

Angela: Why didn’t you tell him?

Tony: It was my finger that pulled the trigger, Ms. Bathgate, figuratively speaking, of course. I didn’t actually use a gun to kill the man, well, not just a gun to be accurate. Besides there was no time to investigate before your grandfather’s men would retaliate. I killed the wrong person and I had to pay for my mistake. It wasn’t an easy decision for Giovanni as he was really fond of me. I didn’t fear death nor did I welcome it, but I agreed to the decision.

Angela: This is crazy. I think you were too loyal for your own good, Mr.Corleonesi.

Tony: Perhaps. Anyway, I was dragged to Nigel and thrown to his feet. I remember his men were so eager to start working on me. He looked at me and said something I didn’t understand as I wasn’t speaking the language at the time. Then he sent me back. I learned much later what it was he said.

Angela: What did he say?
​
Tony: Apology accepted. It was an extremely generous gesture to let me go. I have no idea why he did it. Maybe he knew Giovanni was fond of me, maybe the mere fact that he was willing to sacrifice me to keep the peace between the families was enough. 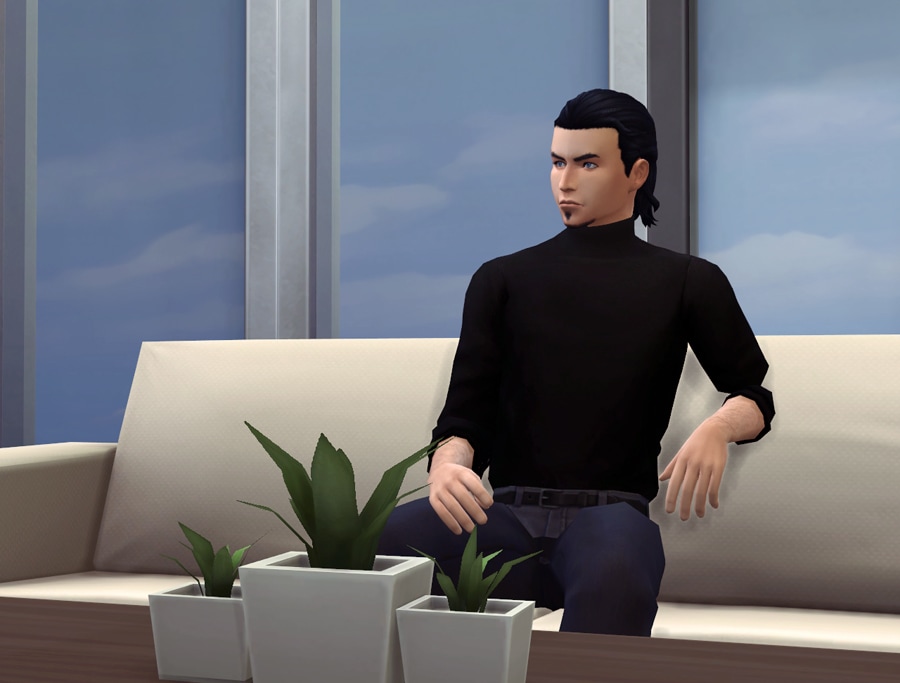 Tony: Years later Nigel moved his base of operations to another country. I left Italy myself couple of years after that. I contacted him to tell him my services are always available to him should he ever need them. He never did.
The news of his death saddened me. The unpaid debt bothered me, but there was nothing I could do about it anymore. Few days ago while on a job I stumbled upon an information that someone was hired to abduct Nigel’s granddaughter. I left for San Myshuno immediately. I’m ready to protect you against your will if necessary, but I would prefer your cooperation. What do you say, Ms. Bathgate?
Powered by