Chapter 2.13
As it turned out the Police had no solid proof Beryl knew Tony "Meatball" Corleonesi. The only witness wasn't 100%  sure it was Beryl who he'd seen with the notorious criminal. They had to let her go.

Beryl: "I can't even tell you, how glad I am, that you showed up when you did. The agent was grilling me pretty hard. Did my mother send you?"
Vincent: "No."
Beryl: "Who then? My father?"
Vincent: "I think you know who it was, miss Heffner."
Beryl: "Wait. Are you telling me it was... him? How did he even know?"
Vincent: "I would assume, that you've already found it's better if you don't ask."
Beryl: "Right."

Of course it was Tony. Who else would have a friend as cryptic as himself? Beryl thought while they were coming up to Vincent sport car.

Beryl: "So. Are we going to you-know-who now?"
Vincent: "Yes."
Beryl: "Can you drop me off at home? I need to pick something up for him."
Vincent: "Naturally."

Vincent obviously wasn't a man of many words. 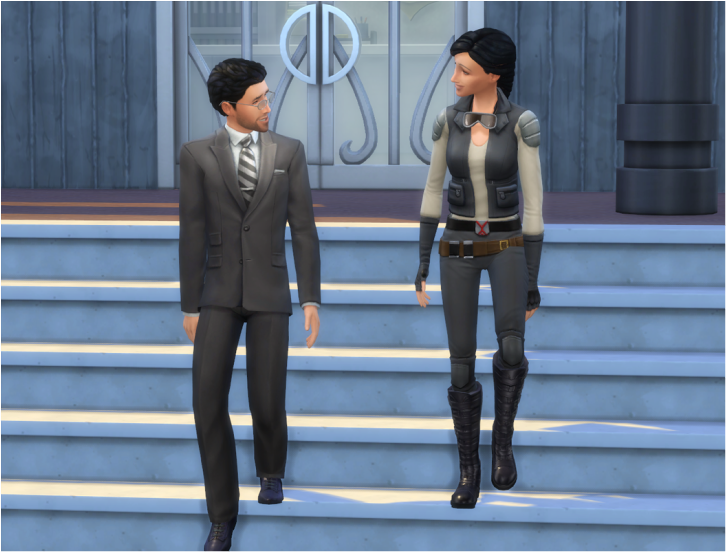 At home Beryl grabed the old suit of armor for Tony and loaded it in Vincent's car. Then she took a quick shower and changed her clothes and had a quick cup of coffee. She almost passed out of exhaustion in the shower, but she had to keep going few more hours before everything's over. Then she'll be able to sleep for two days solid. 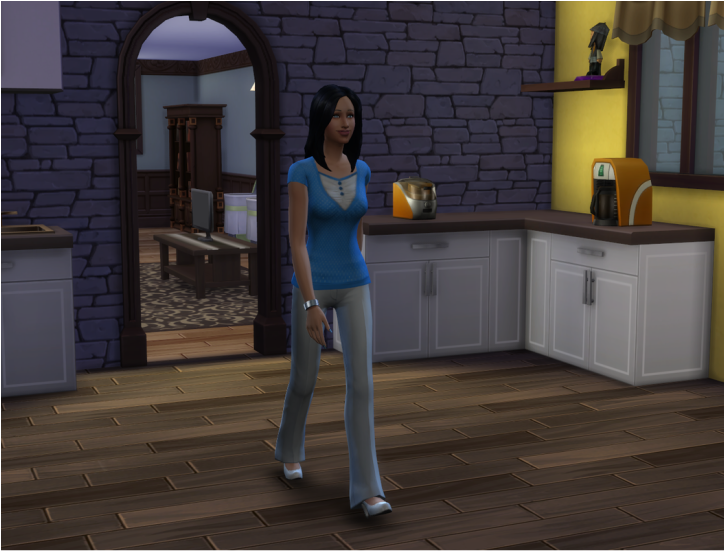 She was almost out of the house when her mother caught up with her. 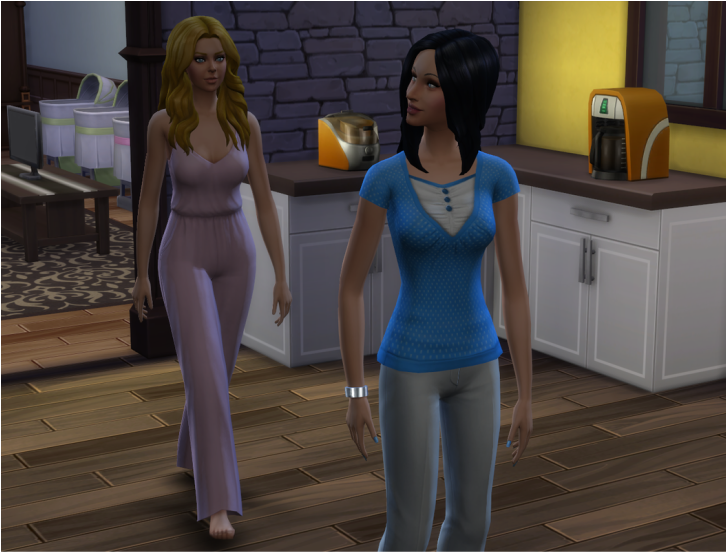 ​Babs: "Beryl! I thought you were at the police station. Your dad went there with a lawyer few minutes ago. How did you get home? And where are you going again? Don't you think it's time for explanation now?"
Beryl: "Mom... I had a lawyer get me out of the station. He's waiting for me outside. I need to go."
Babs: "Another lawyer? You're not making sense, girl! Sit down and tell me everything."
Beryl: "I can't mom. Not yet. Just let me go. I'll be back in a few hours with Brian, hopefully."
Babs: "Honey, you look awfully tired tired. Have you even slept?"
Beryl: "Mom, please. Not now. Give me few more hours and then I'll tell you everything in detail."
Babs: "Let me at least meet that lawyer of yours." 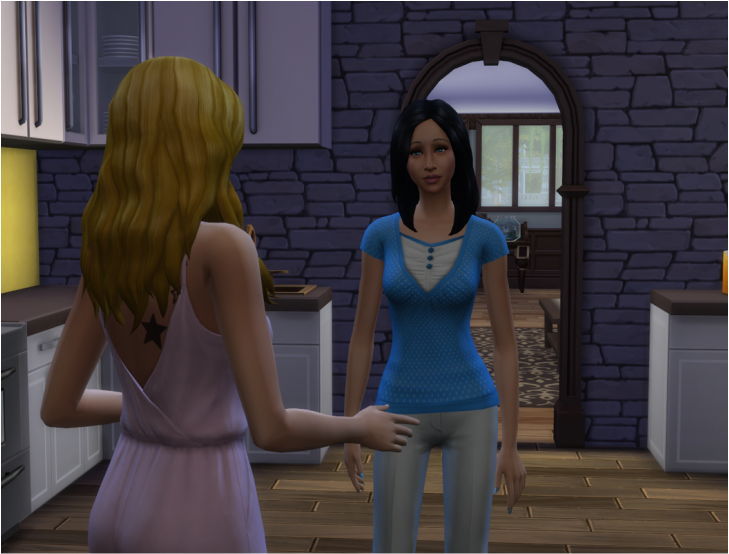 Beryl was too tired to argue at this point. She let her mother follow her to Vincent's car. Then she introduced them properly, though she wasn't even sure Vincent Salvatore was the man's real name. 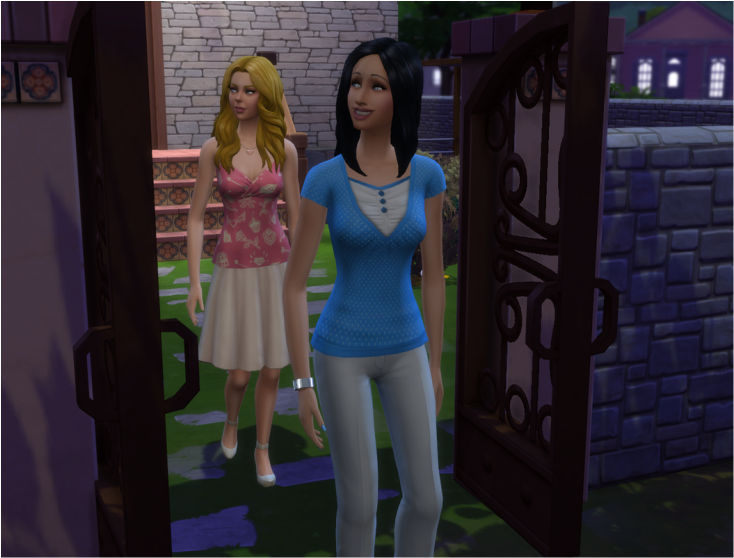 Her mom gave Vincent a very suspicious stare and asked him many questions, but he managed to dodge all of them more skillfully than Beryl would ever be able to. Assuring her mother everything will be alright soon, Beryl got in Vincent's fancy car, and they hit the road, leaving Newcrest behind. 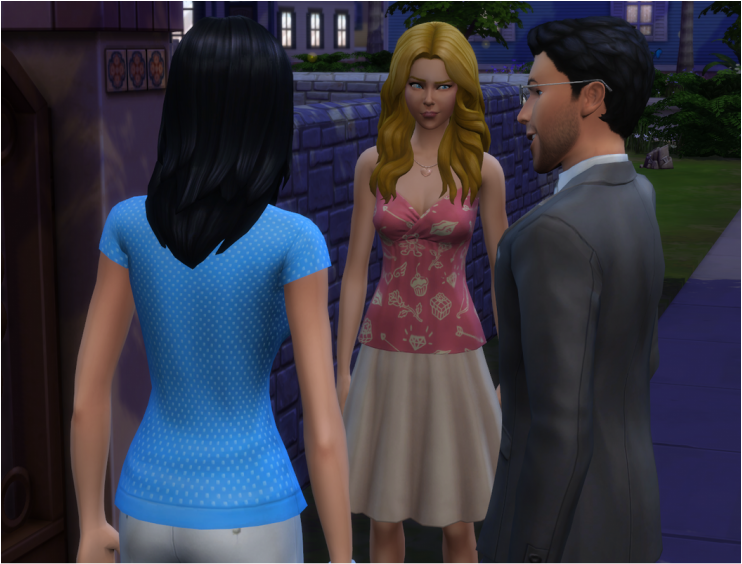 ​​The journey was much shorter in Vincent's car than in the taxi before. In less than 30 minutes Beryl saw the house she left this morning again. Something deep inside her stirred excitedly. Was he worried about me? she wondered. 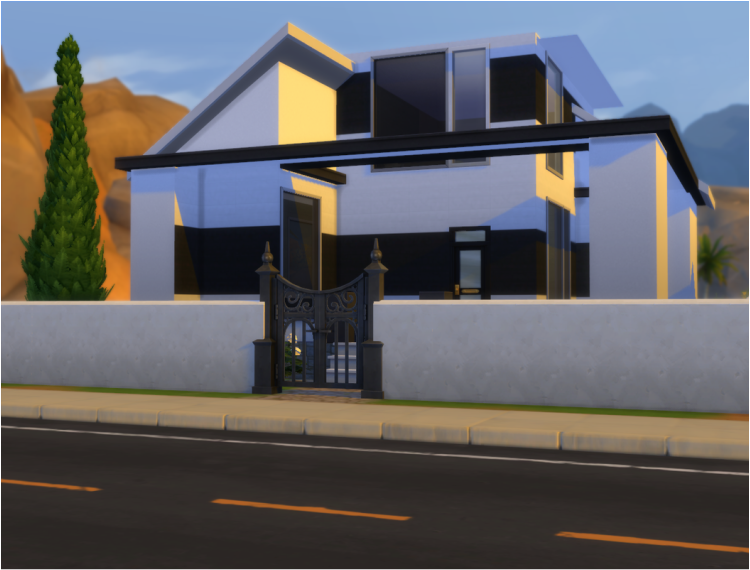 When she saw Tony again she realized everything's completely different than it was in the morning. As if she'd been gone for weeks not hours. Suddenly colours were brighter and sounds were louder and the scent of flowers surrounding the house was stronger and Tony was now more attractive than ever... 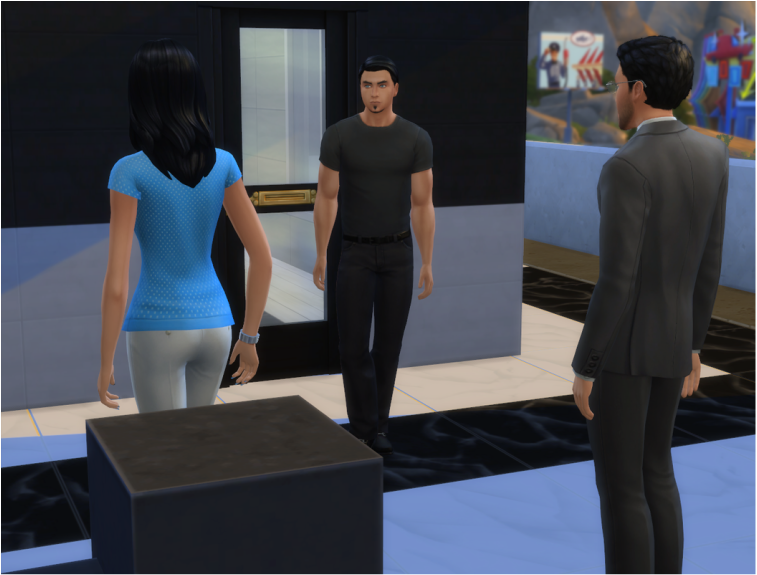 ​Tony and Vincent greeted each other and then Vincent jerked his head toward the gate. "A word with you, Tony." Tony gestured to Beryl to wait for him inside.
​
Tony: "Nice tie, man."
Vincent: "Thanks. Care to tell me what is going on here?"
Tony: "It's complicated."
Vincent: "Clearly."
Tony: "How did it go at the police station?"
Vincent: "I arrived just in time. They had her cornered and an SBI agent was grilling her over your picture."
Tony: "Since you're both here, I assume they had nothing on her."
Vincent: "They had this old poor-sighted witness. But luckily the Heffner chick didn't talk. If I were you I wouldn't stay on this place much longer. Finish what you have to, grab your price and vanish. You're in hot water here. 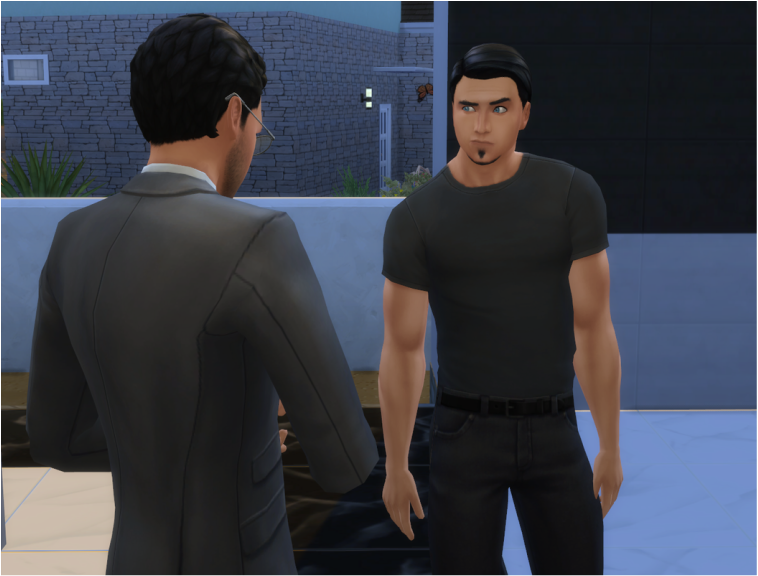 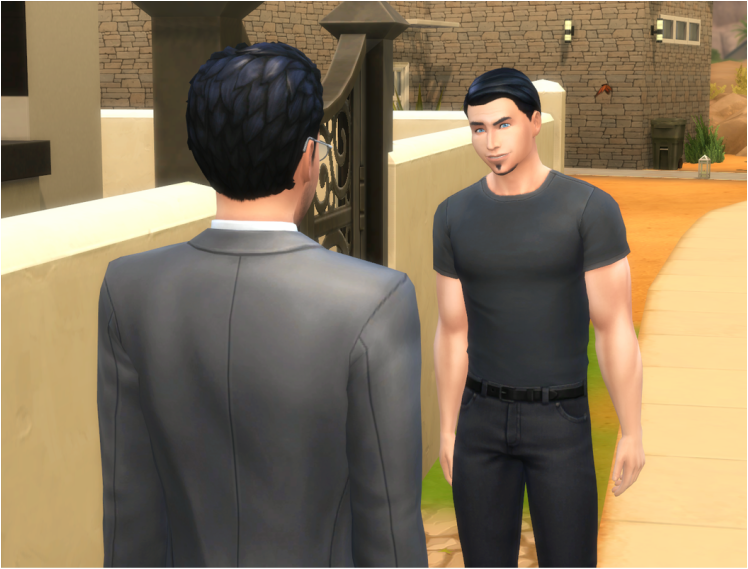