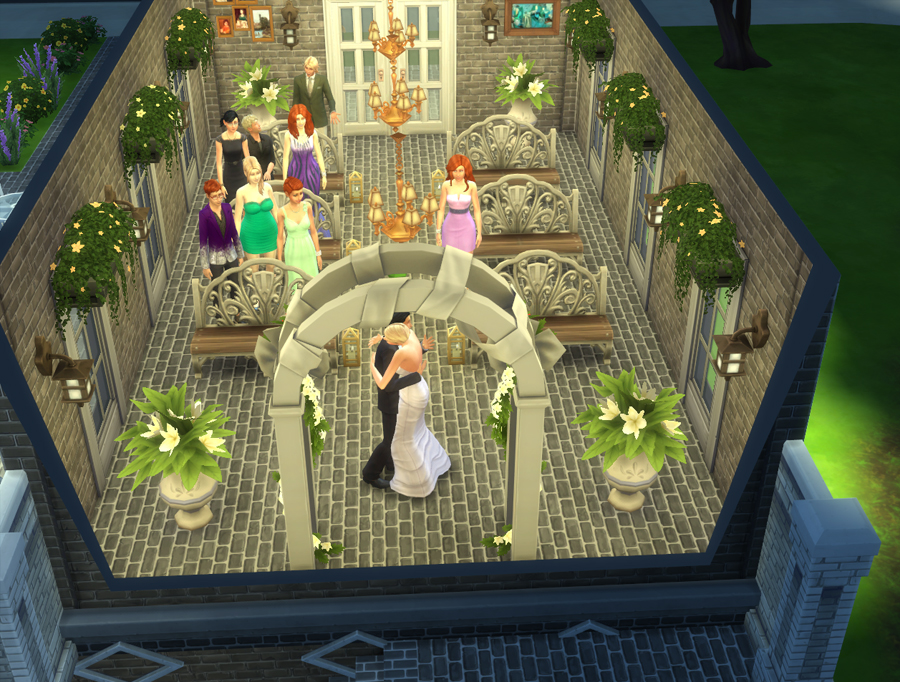 Today's entry to my family's chronicle is all about wedding. I want future generations to remember how important this moment was. It's happening! The legacy thing.

We invited all friends old and new. Alice's and Corey's son Mateo (standing in the front next to Alice) aged up to teeneger and arrived too. He's such a nice mix of his parents' genes. 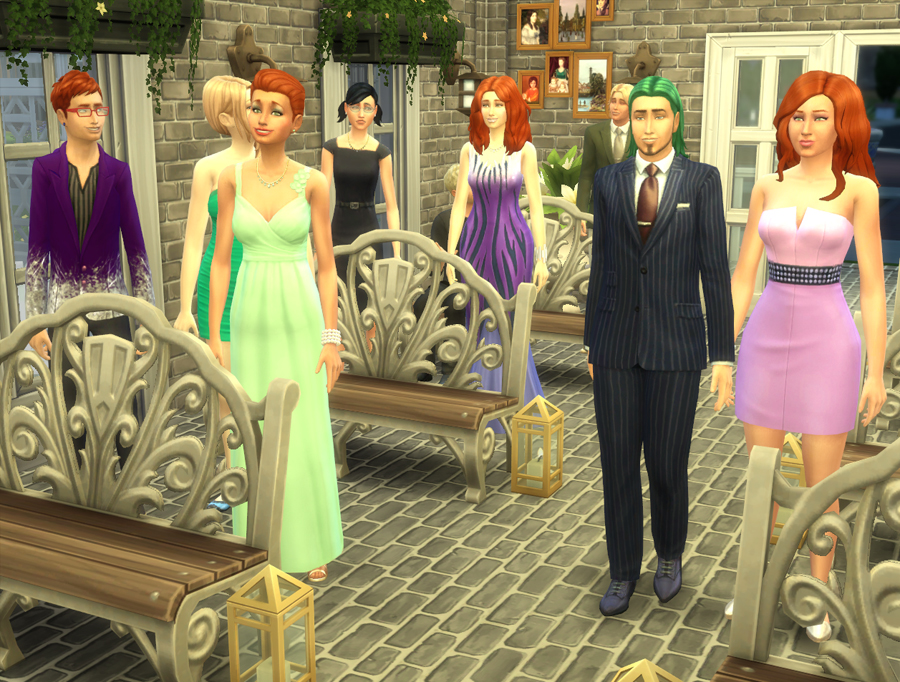 Corey almost didn't make it from work in time.
Cassandra Goth got all teary-eyed. Were she older, it might have been her standing with me under the arc. 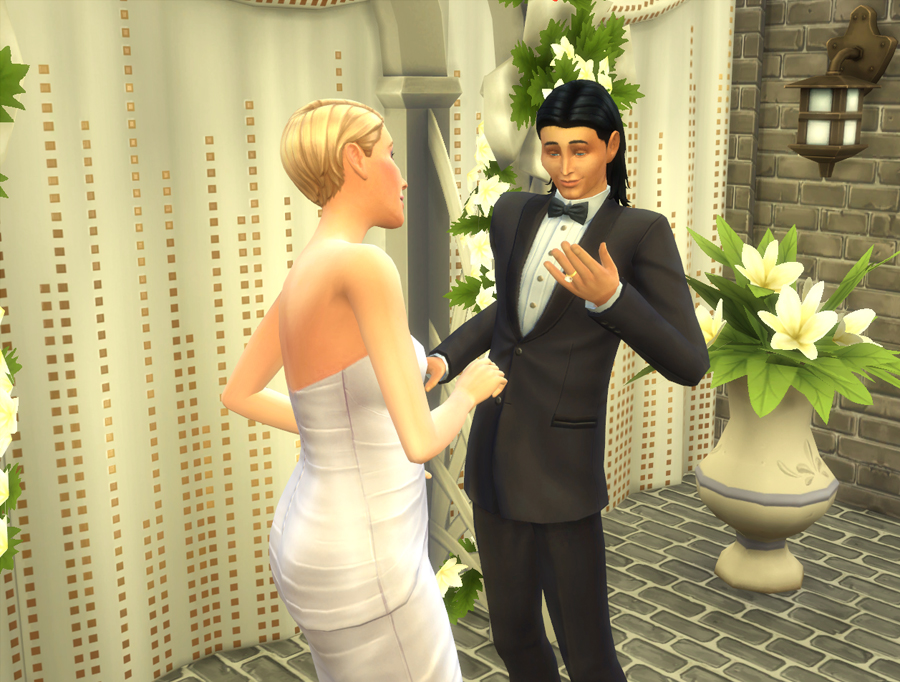 We said our vows and then we were husband and wife. Just like that. Such a small thing this ring is and it represents everything that's to come now. 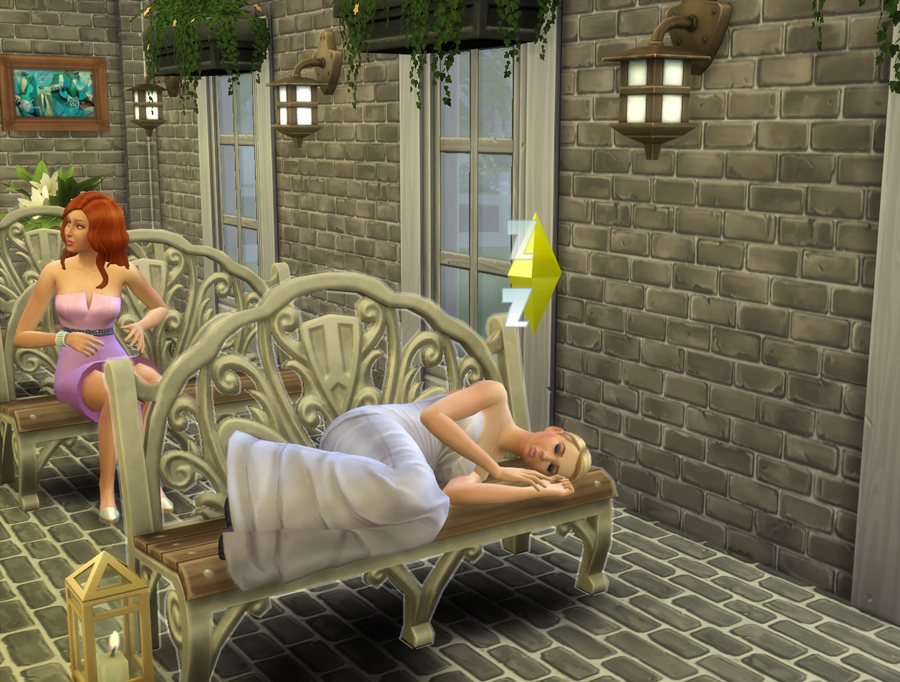 Ha! I didn't know someone took this picture. Summer taking a short nap before the party. The pregnancy was tiring her out. 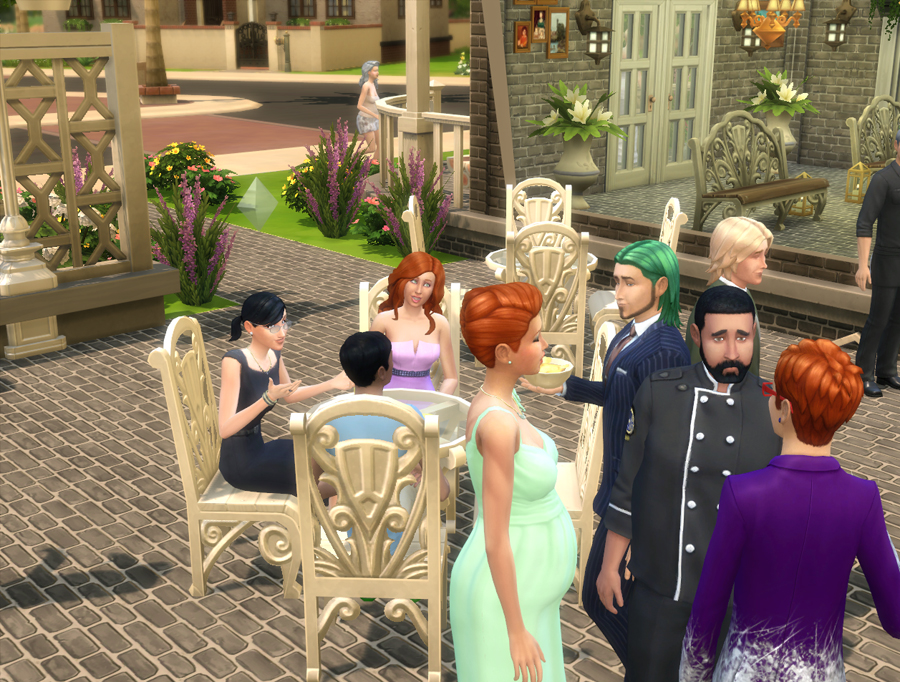 At the party Cassandra and Nina were swooning over Corey, but he had eyes for his yet again pregnant wife only.
Bob Pancaces was our caterer for the evening, so we ended up eating crisps from the bar. Typical Bob. Chatting with guests instead of cooking. Fortunately, no one complained.

Nina: I totally dig his hair colour.
Cassandra: I think black would make him look even better.
Nina: I don't know...
Cassandra: He's got other qualities too. Do you know what? Instead of : "They're breeding like rabbits" people say: "They're breeding like the Clarks" these days. The couple has full house of kids, they even adopted few.
Nina: Really?
Cassandra: Oh yeah. And I also heard...
Nina: Hush! She-Clark is coming to our table... 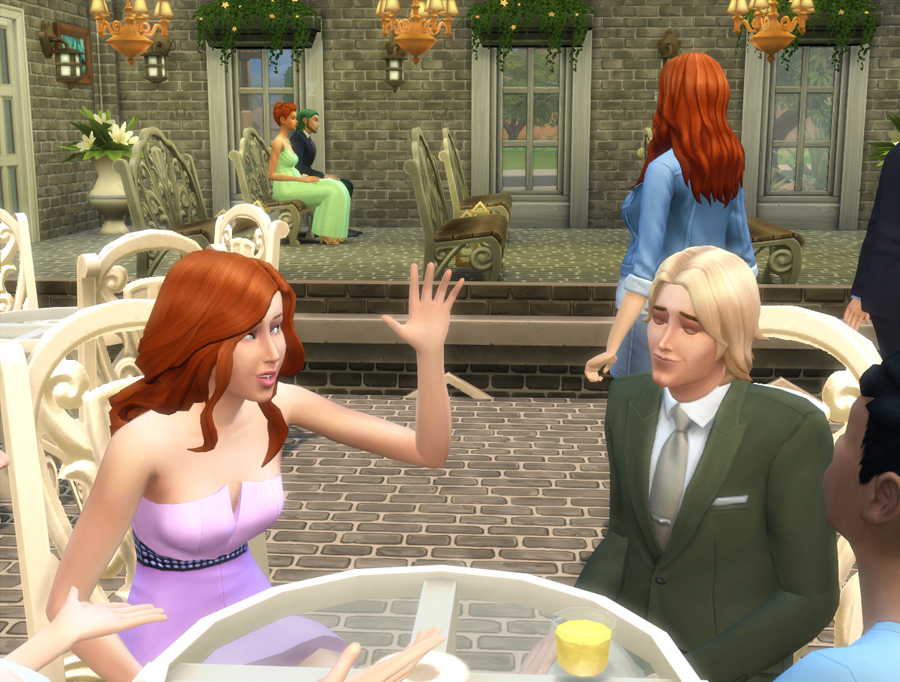 The two ladies then tried their luck with my friend David. 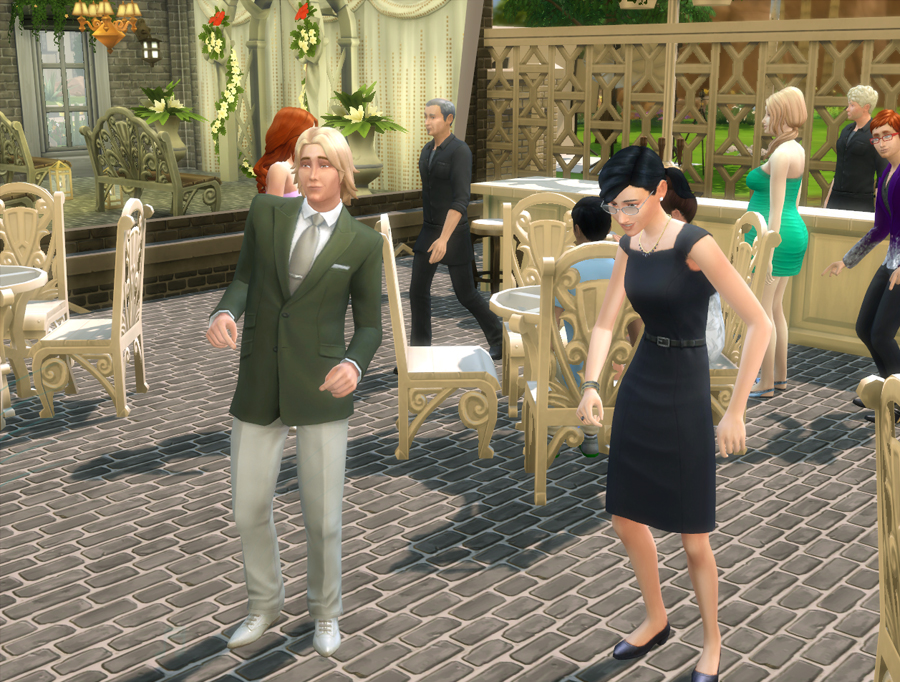 They even made him dance. Alas, that's as far as David was willing to go. He's happy as a bachelor. He loves his books and inventions. He's one of those geniuses who'll stay single forever. 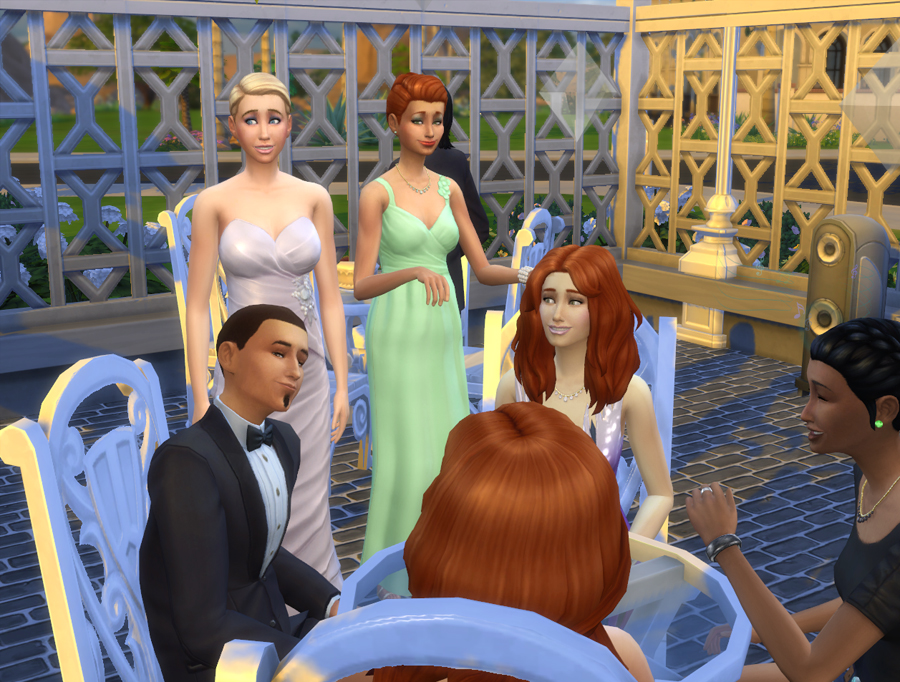 My sweet Elisa had one of her better days. She was all smiles and looked beautiful. She's still single, poor soul. I even considered inviting her to live with us, but Summer was against it. She's afraid to have an insane person near our baby. I couldn't convince her that Elisa is harmless. She's not aggressive when she's having one of her episodes, she's usually just sad, crying a lot for no reason or saying things that make no sense. 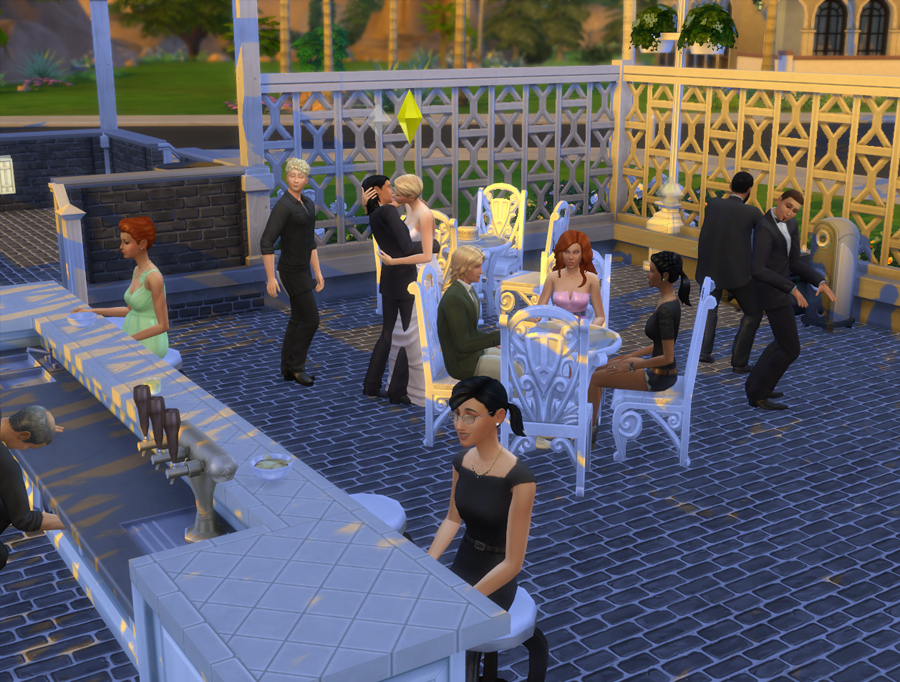 I'm telling you all these stories about my friends now, while compiling the pictures, but then all I could pay attention to was my lovely wife. 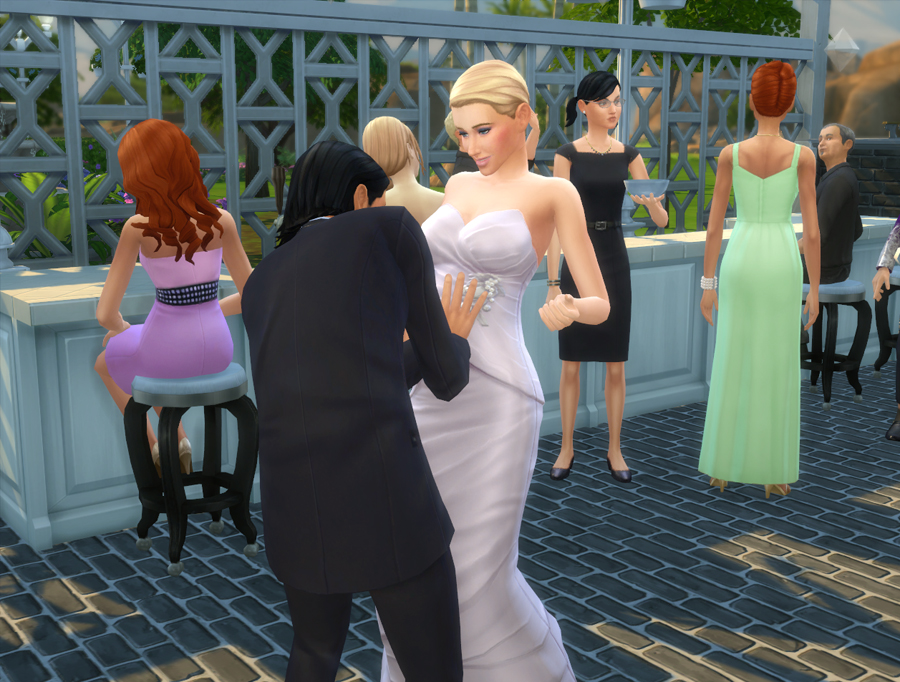 And to our future heir or heiress... 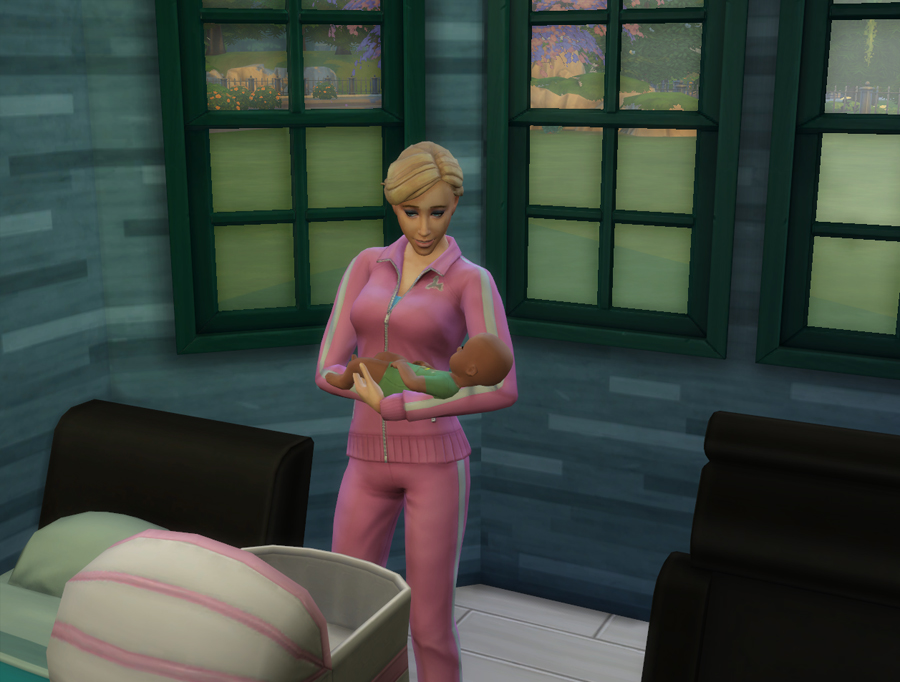 ...who came to this world soon after the wedding. Welcome, my son. You are named Amedeo Heffner.