Chapter 2.1
​
The community decided. The heir was officially announced in the newspapers shortly after the Heffners have been informed. People of Newcrest wished to see the youngest of the brothers - Andrew - as the new legacy leader. They were probably charmed by his cheerful nature, when they occasionaly met him in the community park, where he would have often come to enjoy the fresh air and to remember his father.

It was during one of his walks in the park (after he'd been named the new heir), he met this new girl.​ 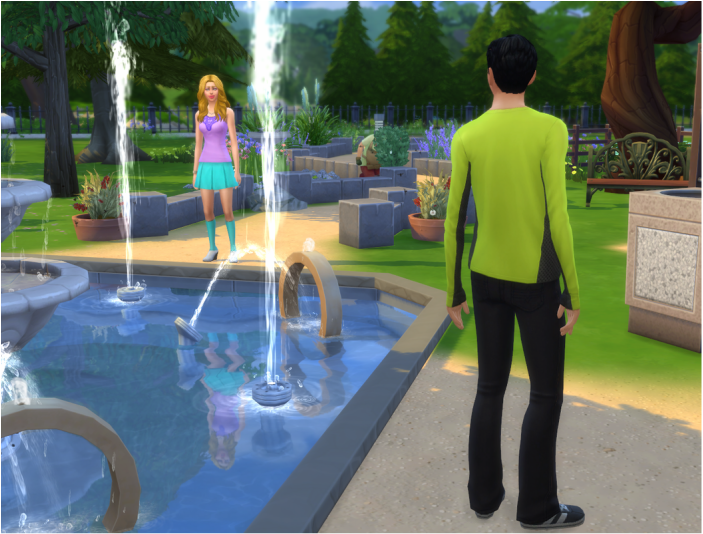 She was just standing there at the fountain, his father built, looking all happy and beautiful. Andrew couldn't take his eyes off her.​ 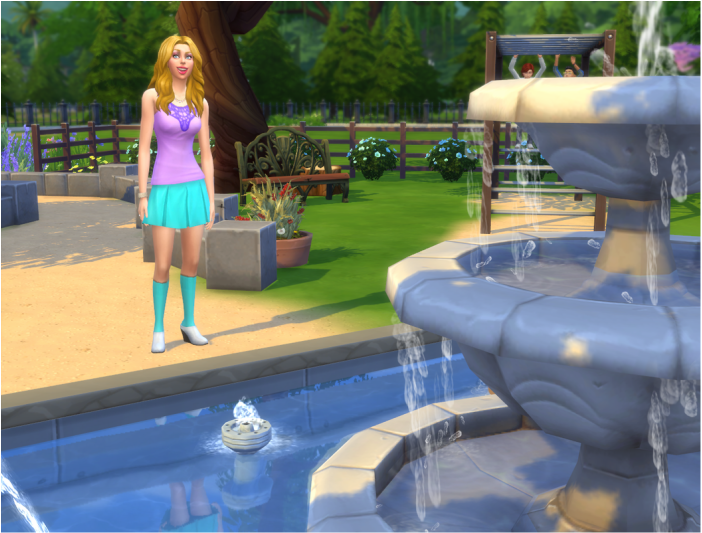 Andrew gathered his courage and went to introduce himself.
​ 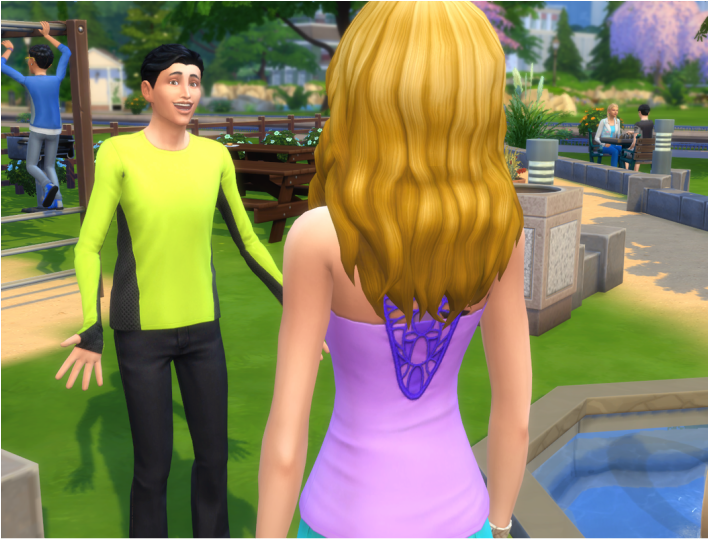 Andrew: Hi. Are you new in town? Never seen you here before. My name is Andrew Heffner. I can show you around.
​ 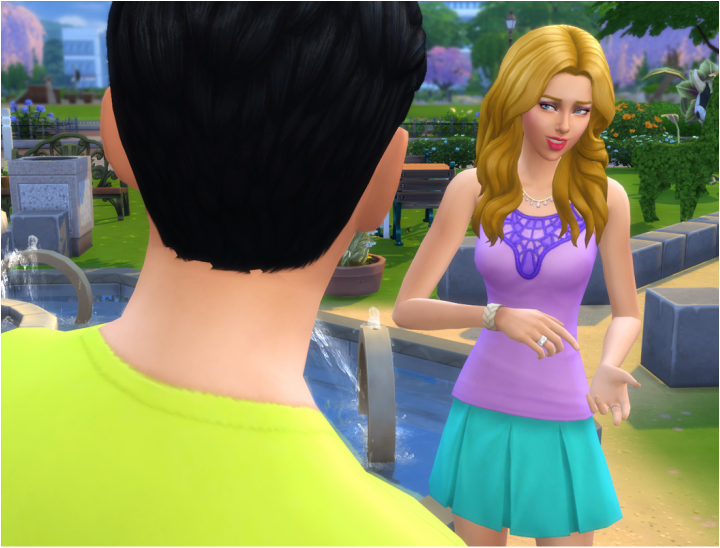 Girl: Actually, I'm just visiting my friend here. I live in Oasis Springs. My name is Babs L'Amour.  Wait... Did you say Heffner? I think I saw you in the papers. You are the legacy guy, aren't you.
Andrew: Yes, I am. I hope it's not a problem.
Babs: Of course not. I have always admired these people who started a legacy, building a house from nothing and hoarding a fortune over the years.
Andrew: (laughs) Well, I don't have a fortune yet, I'm only a second generation. But our house is pretty nice already if you are interested in a tour. My father also built this park. All the plants you see here, he grew them. We helped him too.
Babs: We?
Andrew: Me and my brothers.
Babs: Oh! I remember now. The article in the papers was about voting and choosing one of you. I was wondering why would someone let other people decide about their family.
Andrew: It wasn't the plan first. But our father died without telling us who should take over. We probably could have drawn straws or something, but then it occured to us, that our father always wanted the community to be more involved in town events and care about their fellow citizens. Then we came up with this plan and it's perfect.
Babs: Hmm, I haven't thought about it this way. 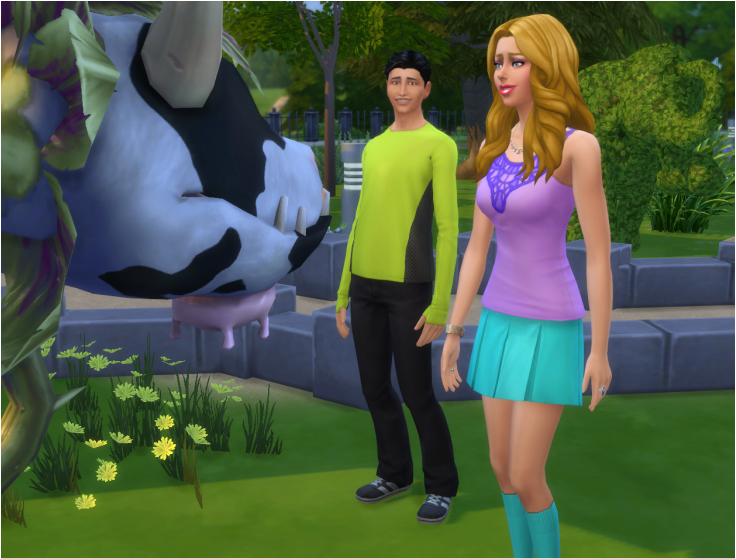 Andrew: So, what do you say? Will you come to see my house once your visit at your friend is over?
Babs: (smiles) Well, I think I might. You have definitely piqued my interest, Andrew Heffner.

* * *
[Now let's fill you in, what's been happening with other family members]

Vera Landgraab, Amedeo's girlfriend, moved in. After Summer Holiday-Heffner has died, Vera is the first woman in Heffner household and she's... struggling with her duties. She never had to cook anything at home, but in a house full of men she was the most probable candidate for this task, since she's unemployed anyway. 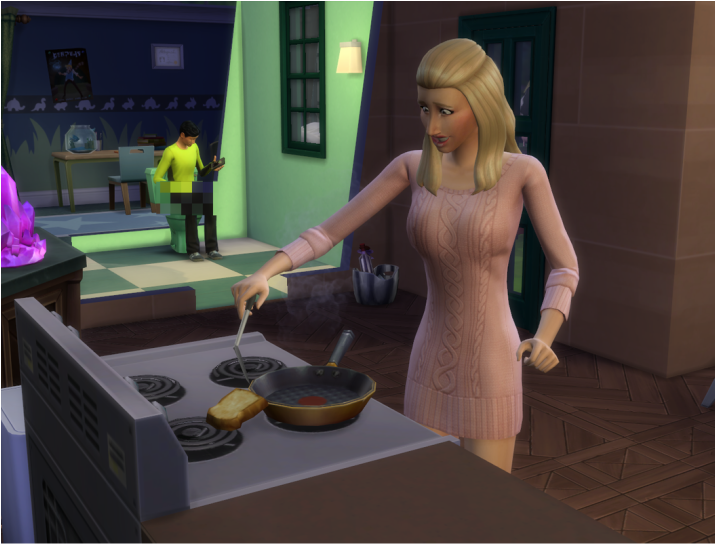 But she isn't giving up. She wants to be part of this legacy and she will learn this cooking skill even if it takes dozens of burnt meals and... stoves. She will make Amedeo, her love, proud.
​And she did, eventually.
​ 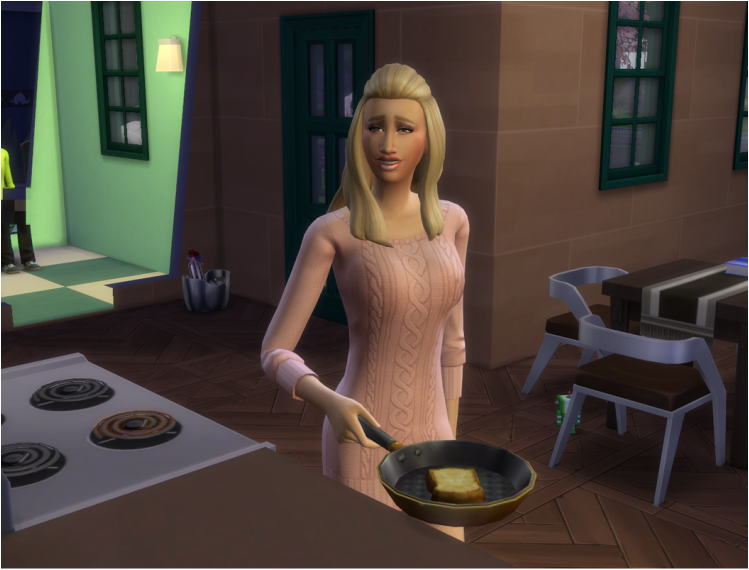 She has earned that diamond (not real - money is tight) ring.
​ 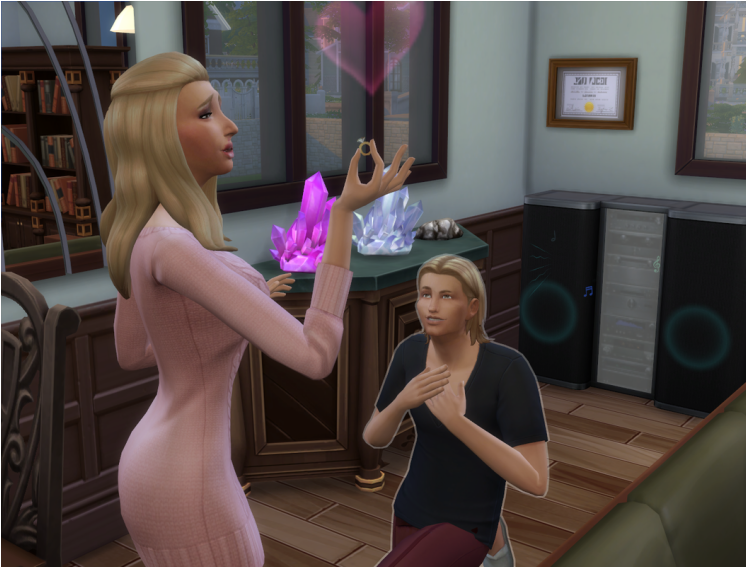 The first wedding of the second generation is just around the corner.

Aren't they cute? Amedeo almost made it to the heir. Almost. You won't see much of this couple, guys, once they move out. Oh yeah, they will, due to Andrew's Big Happy Family aspiration. Much space will be needed!
​ 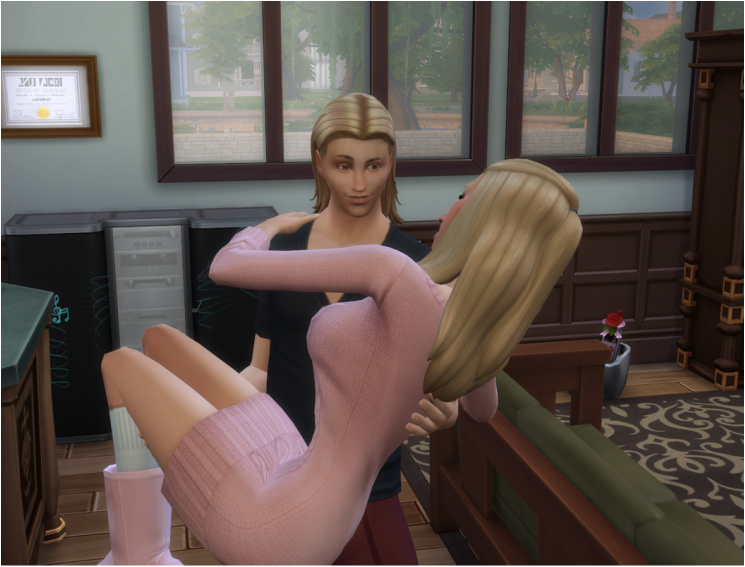 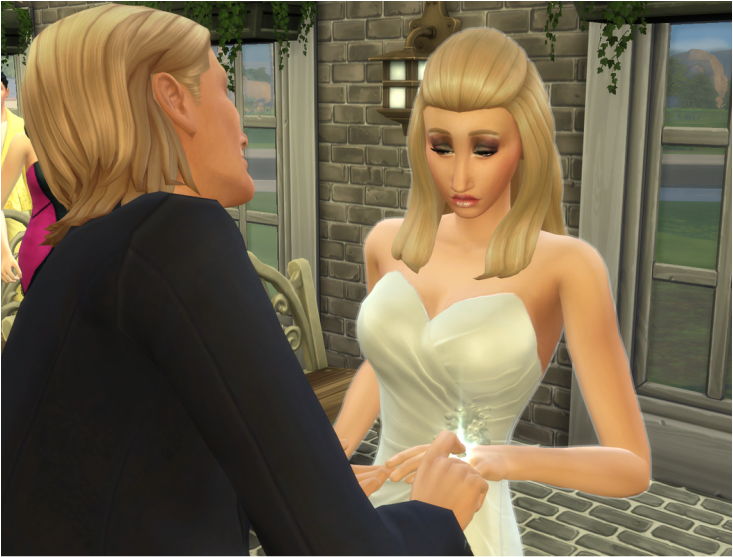 The wedding was as beautiful as any other. The most significant event occured when Henry Goth showed up. Famous for his wild dance moves he captured all guests' attention. They say he can practically walk through the walls when he's in his dance trance.
​ 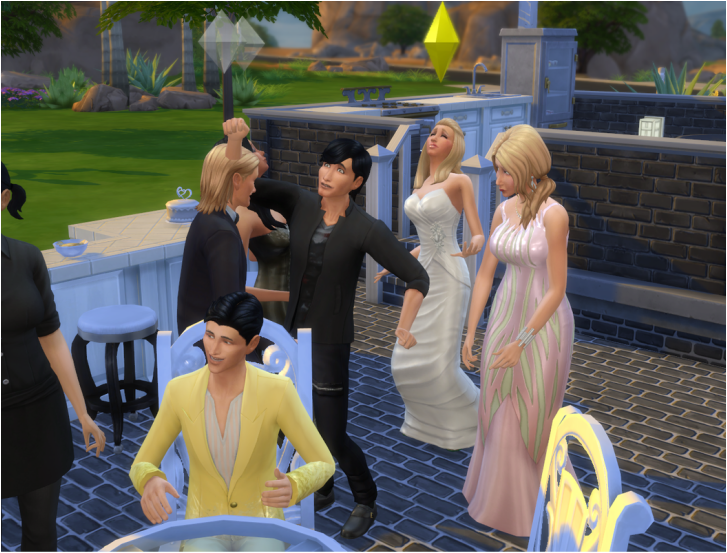 Well, I'm definitely inclined to believe it, since his hand passed through the groom's head in one moment completely un-noticed.
I have a feeling this is not the last time we see Henry Goth in action.
​ 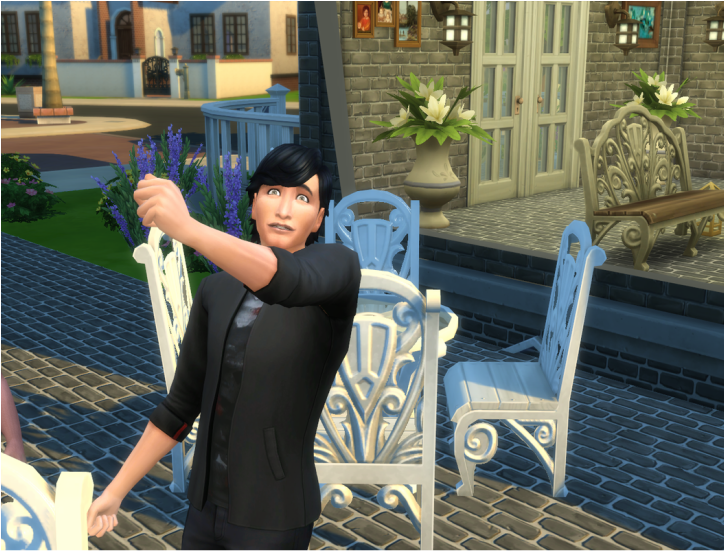 Speaking of the Goth... Henry's sister Emily is Vera's best friend. And Vera matched Emily with none other than Alessandro Heffner, her brother-in-law. As it happens, Henry is part of the family too by now. Yay!
It's like Michael Jackson's sister married your brother. Cool, right?
​ 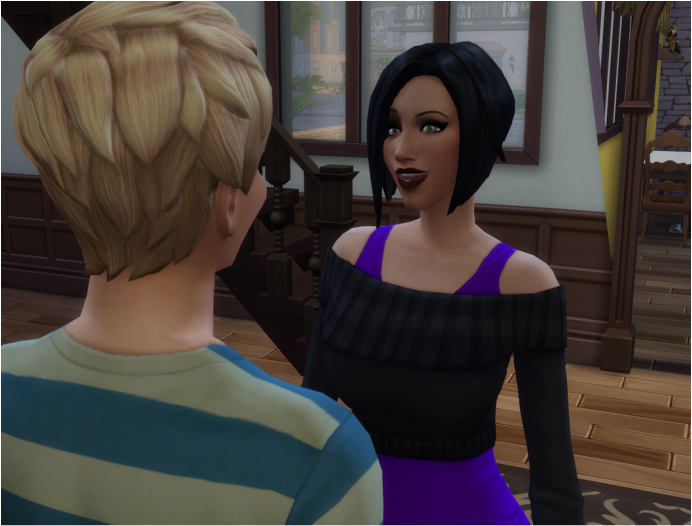 And before you know it, you have another engagement and wedding planning on your hands.​
​ 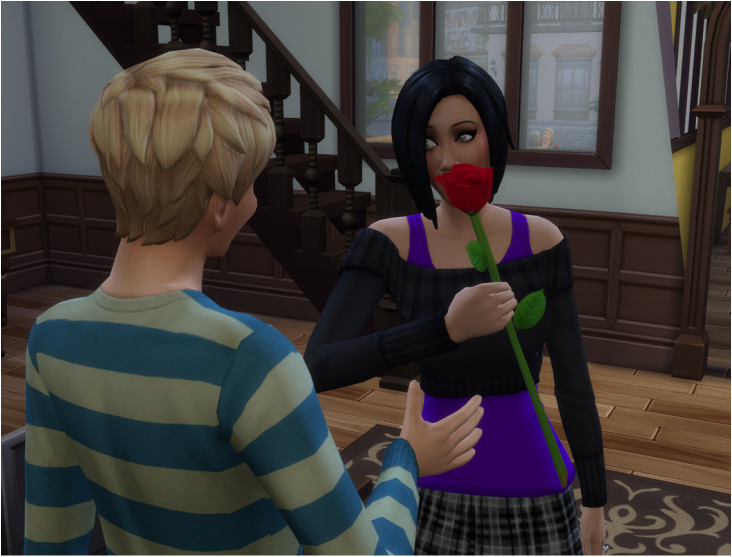 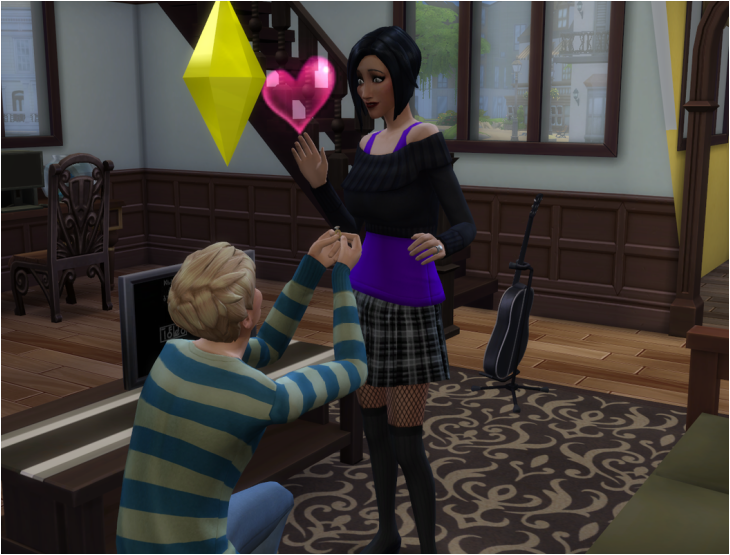 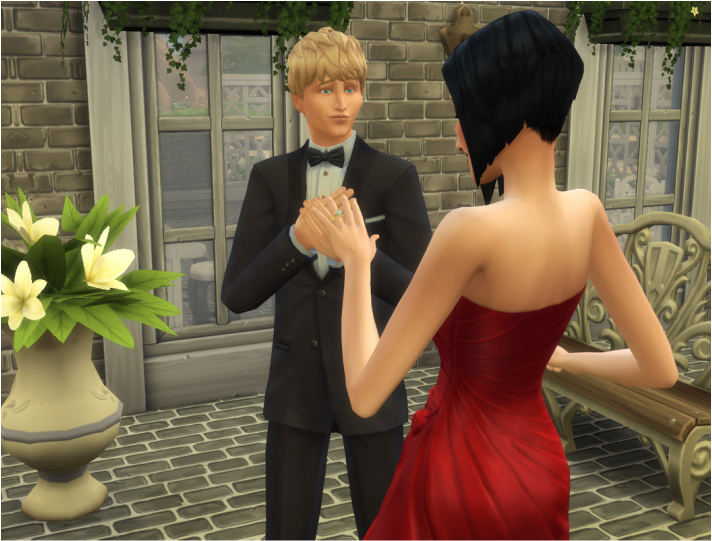 And guess who wouldn't miss his sister's wedding? Yes, Henry Goth. He's there, in the audience, the guy with a hat! Ready to party hard as soon as the ceremony is over.
​ 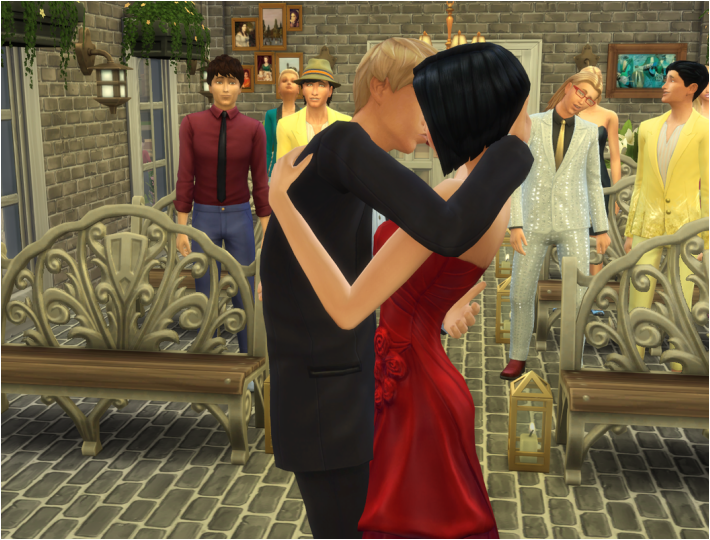 Here you have him in all his splendour. How could you resist?

Little girl: Momma, is that gentleman having a seisure? 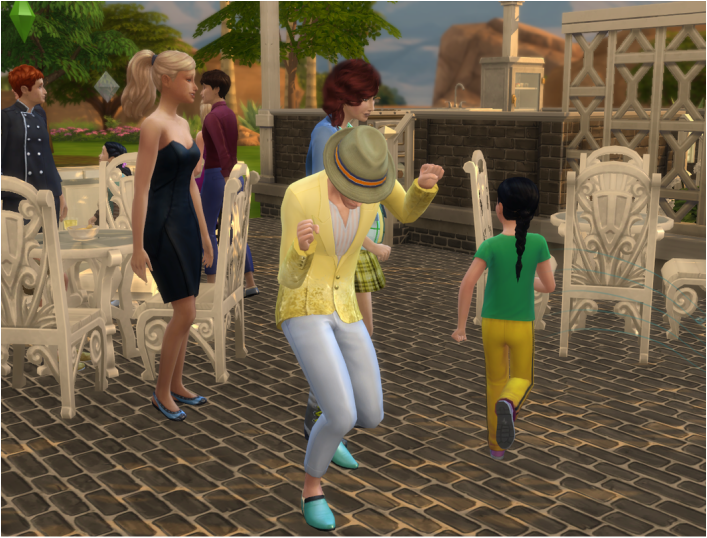 Girl's mother: No, sweetheart, I think he's perfectly healthy. It's just a way he moves.

Even Sandra Caliente, (the blonde in the black dress and a daughter of Dina Caliente) is captivated.
​ 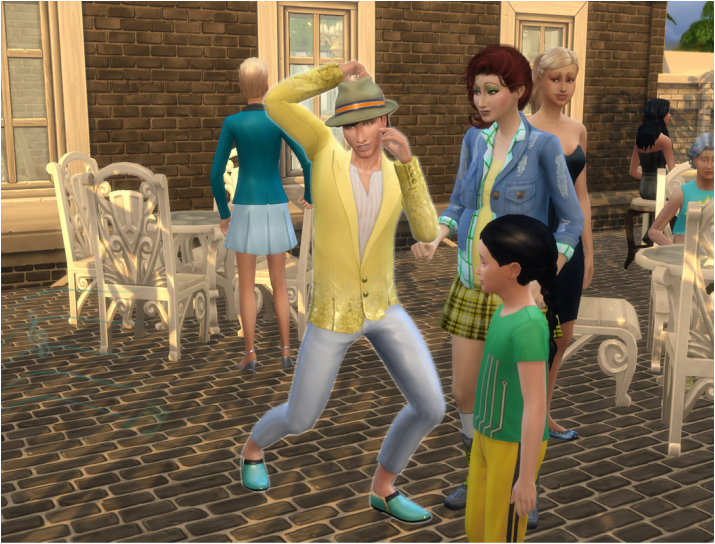 But not as much as her twin sister Susan later.
​ 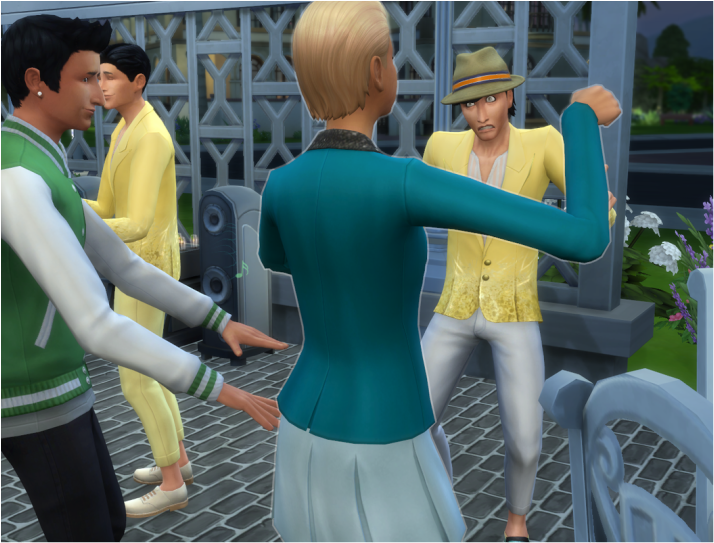 It turned out, that Henry found a match. Susan really got into the dancing. And they both spontaneously gravitated to each other. First it looked she's just teasing him with her moves. Then they couldn't stop dancing and talking together. I guess it's one of those weddings where a new relationship is born.
Later I played these two, to ensure they got married. It took almost no effort, they wanted to be together! Susan is a part of the Goth legacy now. I'm always happy when sims find love without my assisstance. So nice to watch. 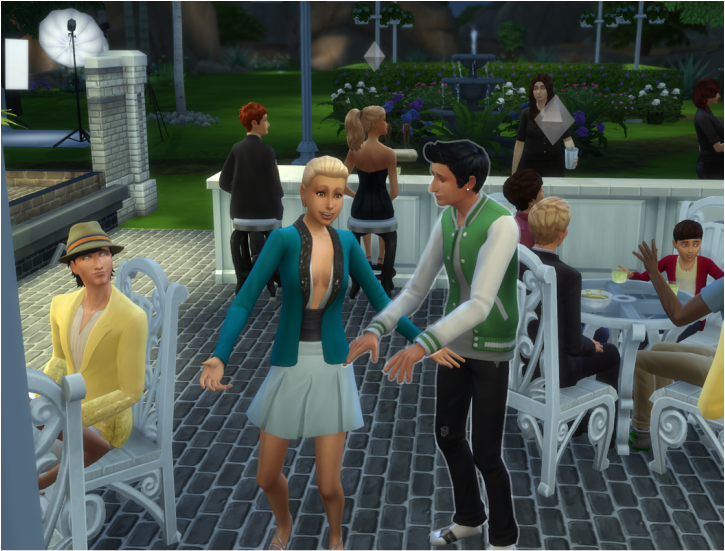 Back to the Heffners though. Babs L'Amour really paid Andrew a visit. She's a materialistic sim after all, she couldn't pass the chance to see the house.
​
I've never played Babs before, I sort of didn't like her because of the non-commital trait. But I'm in love with her now! She is so cute and makes such adorable faces. I have tons of pictures of those! 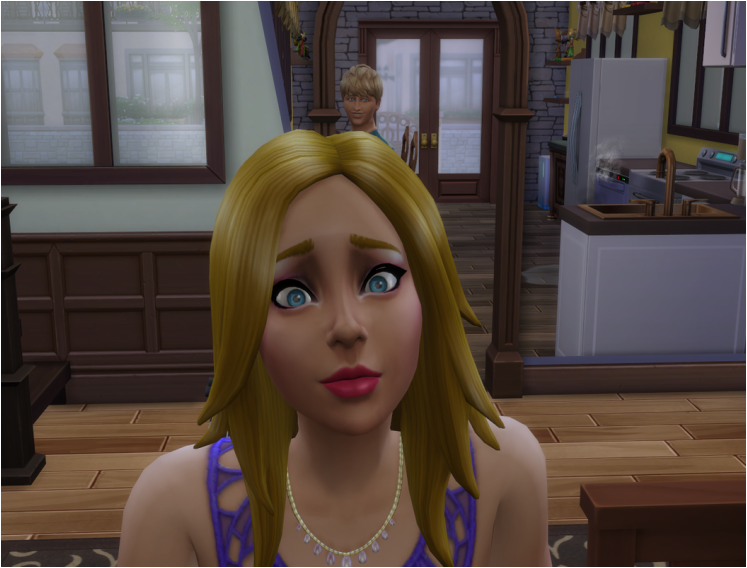 She liked the house and especially the pool, btw. And even though she's non-commital, the materialistic trait is stronger in her, I believe, and that is going to bring her into Heffner family.
​ 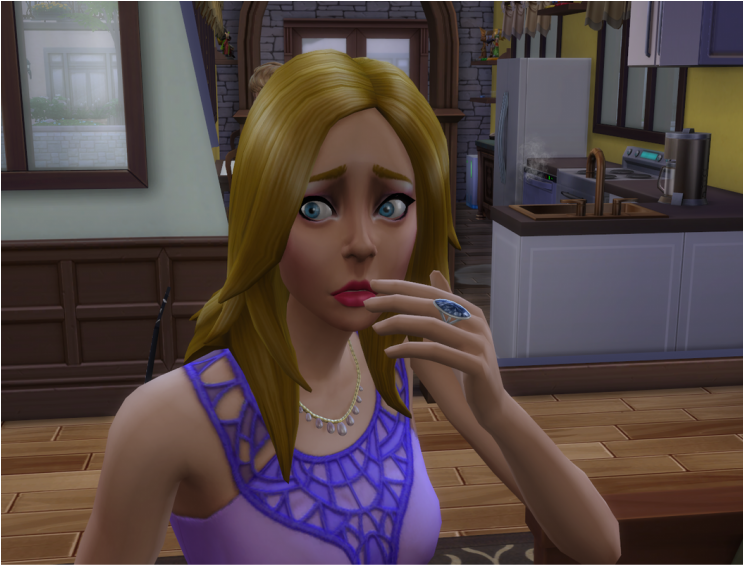 Babs: Did anyone say m-marriage? 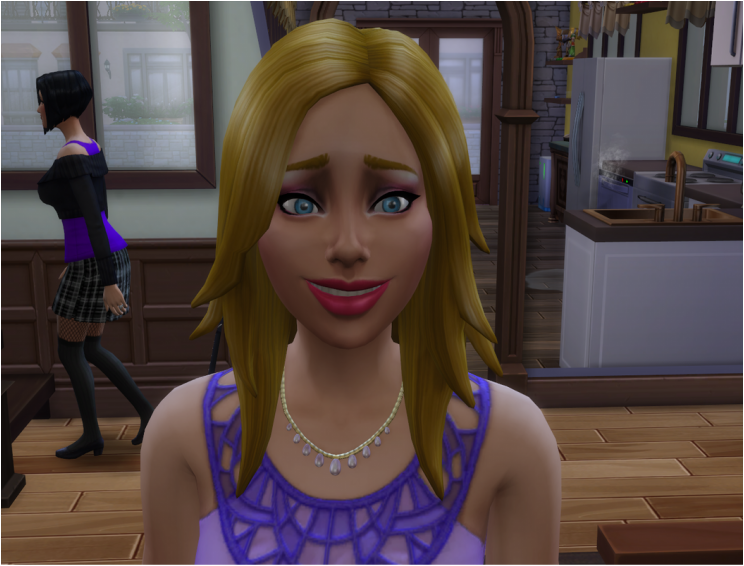 Babs: Money... I can do a lot for money. I can fall in love for money.

And she did. (Not just for the money, don't worry. Andrew is a handsome guy after all.) 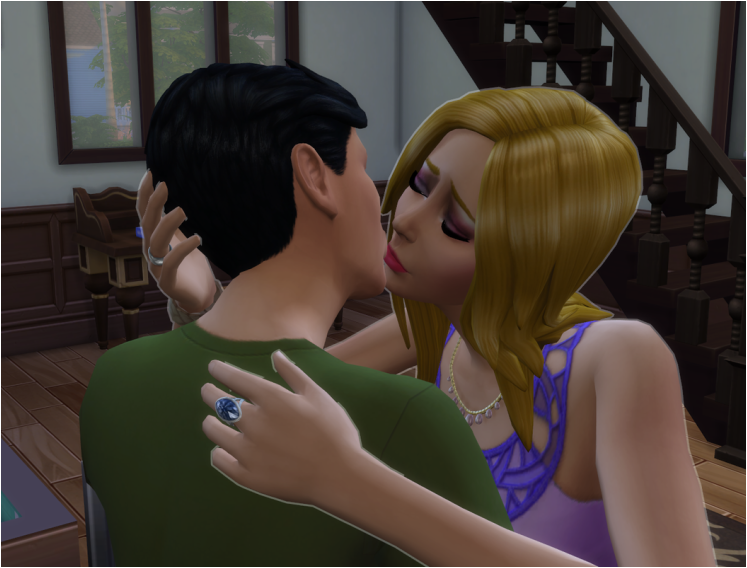