It Hurts by Roxette

3.36 The Wedding (Part I.)
It wasn't until the the cards and flowers and presents started arriving it finally hit Beryl with full force. The Day was here.
Many of the presents came from people she never heard of. Chris and Kellie were bringing them to her bedroom all morning. Kellie smiled at her mom every time and Chris just raised his eyebrows asking silently where she wanted the flowers placed. 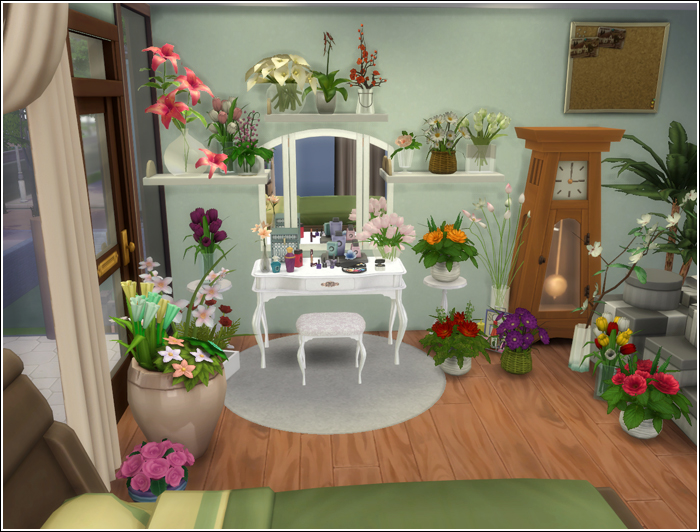 Last time the family received so many flowers it was Beryl's father funeral. 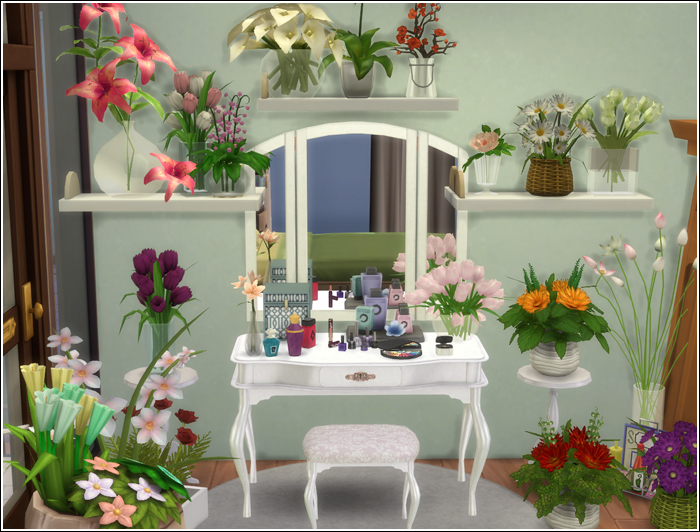 ​​Last chance for you to bail out, she thought. But she knew as well as Tony did that she wouldn't. Speaking of Tony... 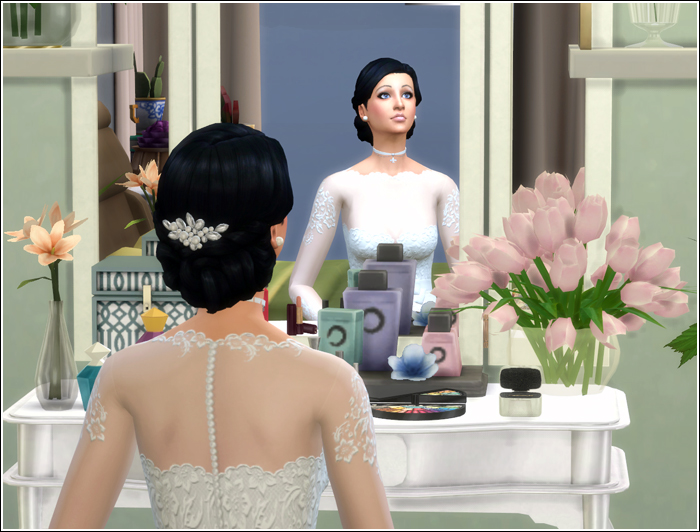 ​
Saying goodbye to him wasn't easy. It had never been. He told her she had nothing to fear from Ronan. He didn't find anything on him. He checked several times, he promised he was really thorough. "I hate to admit it," Tony said, "but the guy may even be worthy of you."
He then made sure they didn't leave any trace of their presence in Ronan's house.
"Well, this is it again," he said when they sneaked out of the house to part ways. "When you grow bored of this marriage thing, Beryl, and I know you will, because there must be a reason why this guy is still single in his forties and the only thing that comes to mind is that he's impossibly boring, you call me for some hot extramarital activities." He gave her a wink and left.
She just stood there for a while, processing what she had done and what Tony said, before heading home. 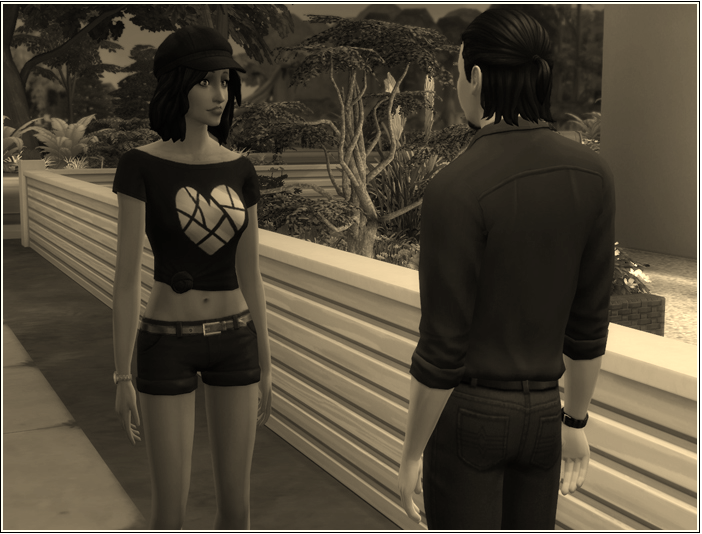 Her vision darkened and she felt like fainting.
Breathe, Beryl, breathe. This is just a one big performance. That's why you invited the media. To show them what a happy legacy family you are. That the heiress is doing her job getting married and working on producing more children. 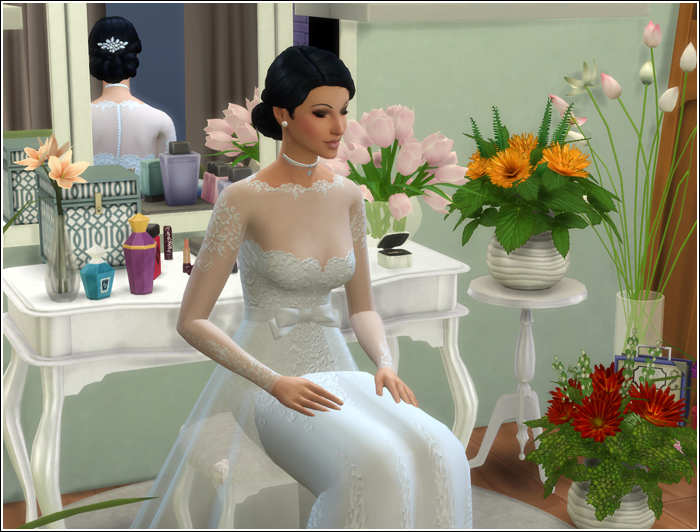 There was a knock on the door. Her children didn't need to knock. "Yes? Come in." 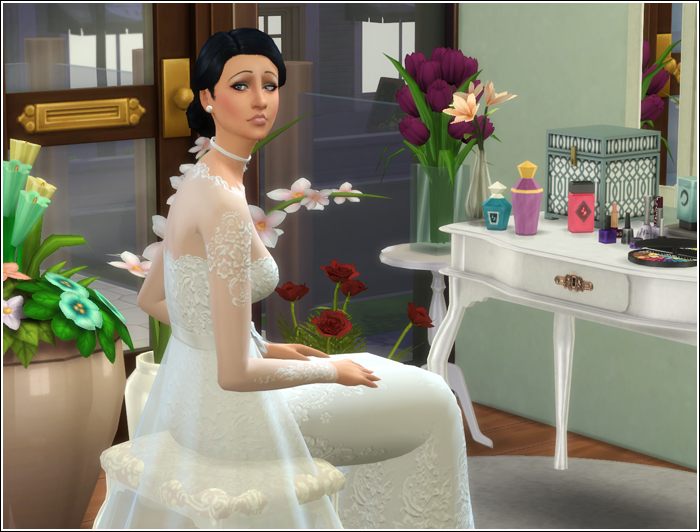 Deidre Goth entered. "Hey! I had to see the lovely bride first!" She halted when she saw Beryl's face. "What is it, my dear? You look pale and I don't think it's the makeup."
"I think I've just had a panic attack."
"Oh, don't tell me you're getting cold feet. You and Ronan love each other, right?"
Performance, Beryl, remember! "Why, of course we do! It's just that everything is too overwhelming today. Maybe it wasn't a good idea to invite the media."
"I'm here, Beryl, if you need to talk."
Beryl got up. "No, I think I'm ready." On with the show before I change my mind. 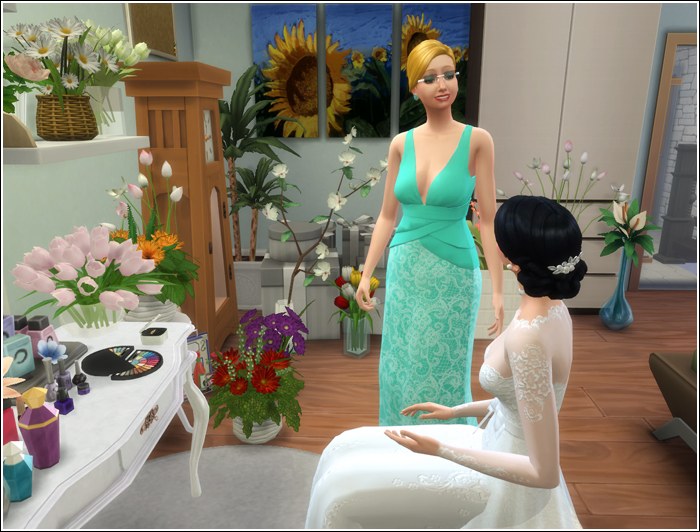 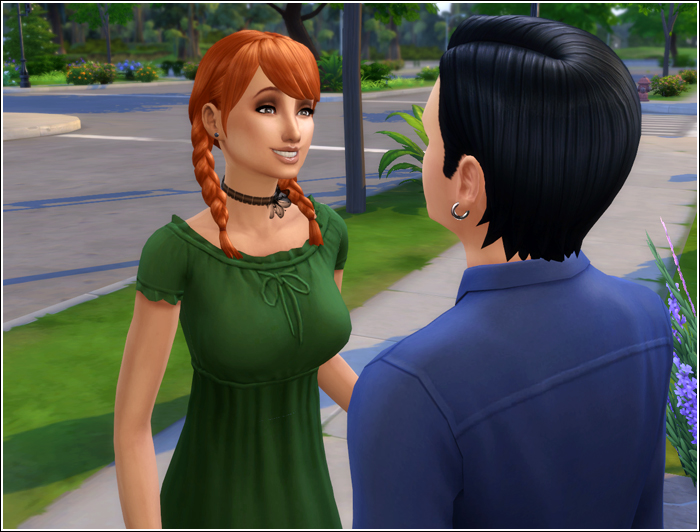 "When you asked me to be your plus one for your mom's wedding I wanted to look my best. But alas, my mop of hair barely survived the encounter with a comb."
"You look like a new person."
"Is... is that a bad or a good thing? If you hate my new look I can always pop out home and drag the old Thomas from under the bed."
"I think I like it. Now let's go, the ceremony is starting any minute." 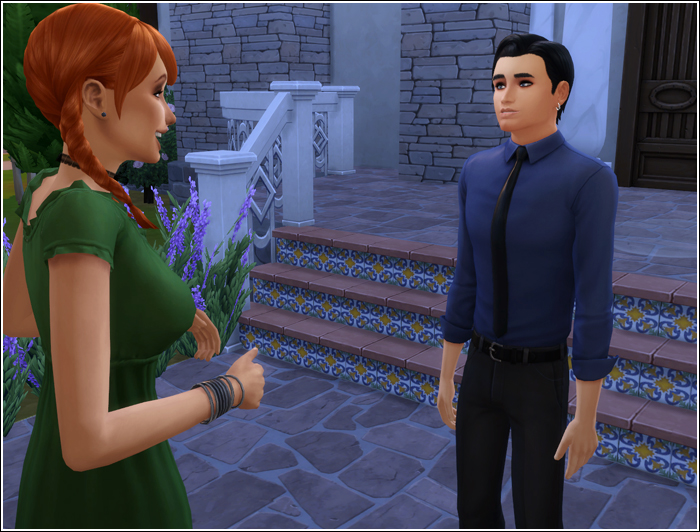 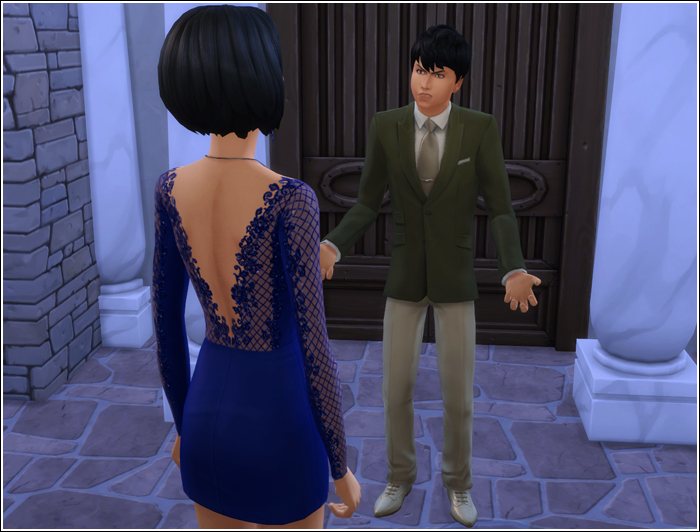 "This is a public event, dear Chris. Besides, your mother invited me."
"What? My mom doesn't even know you!"
"She invited the media and the whole town. I'm here as an assistant of a Newcrest Courier reporter."
"Haven't you done enough, Raven? The two of us, we were never meant to be."
"Don't flatter yourself, legacy boy. Not everything is about you. I'm here because of your mother's wedding not because I can't stop thinking of you as you want to believe. I'm long over you. Now step aside from the door. I don't want to miss the ceremony." 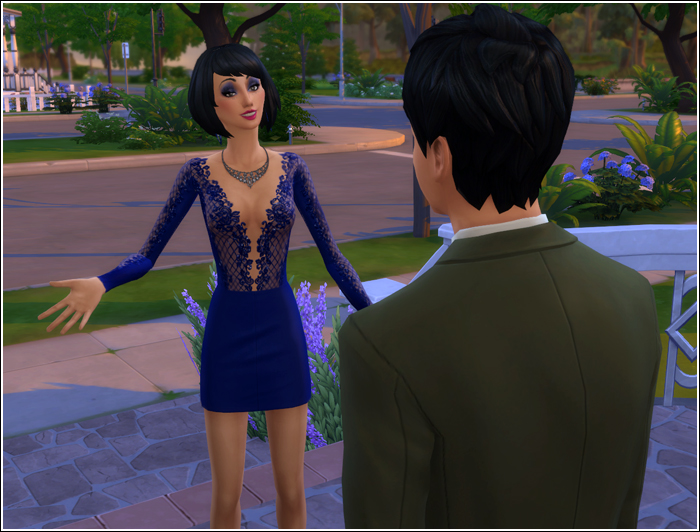 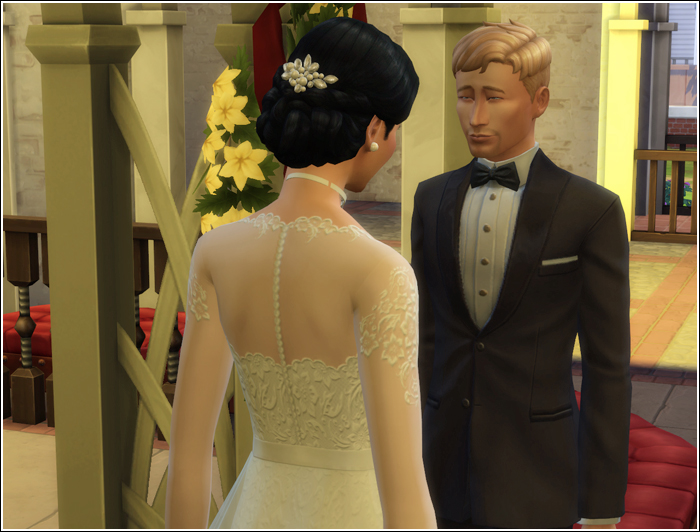 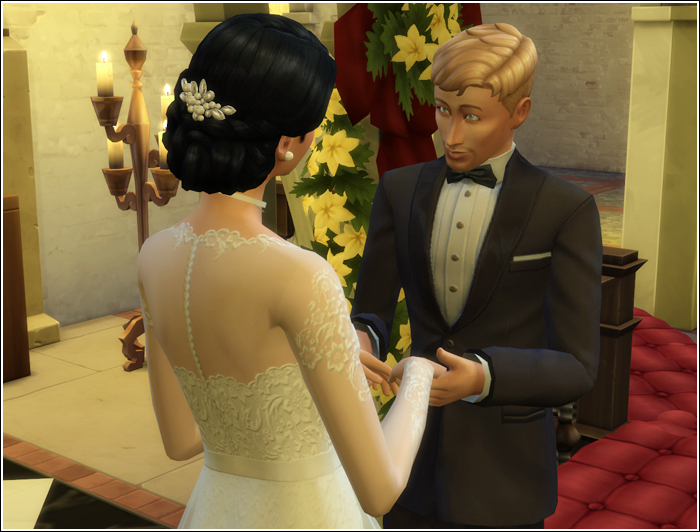 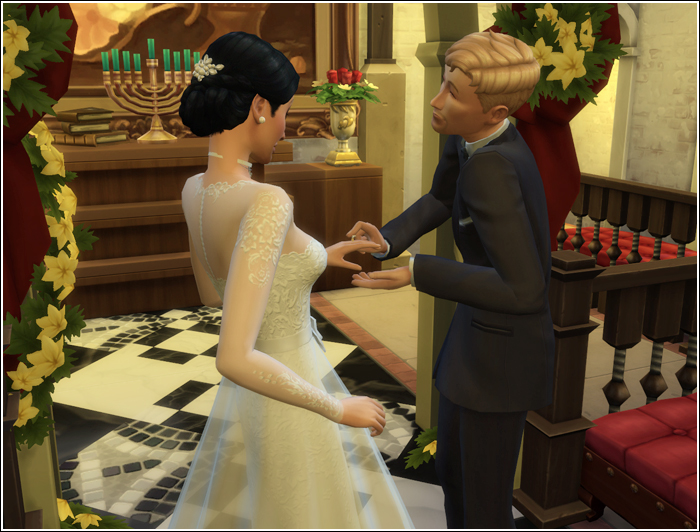 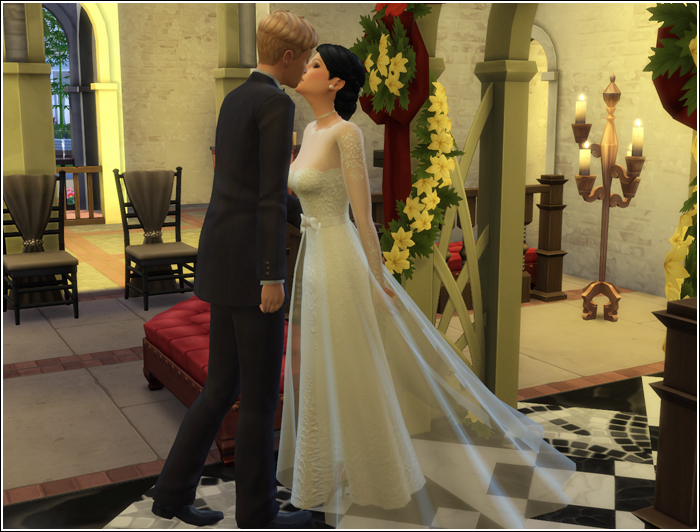 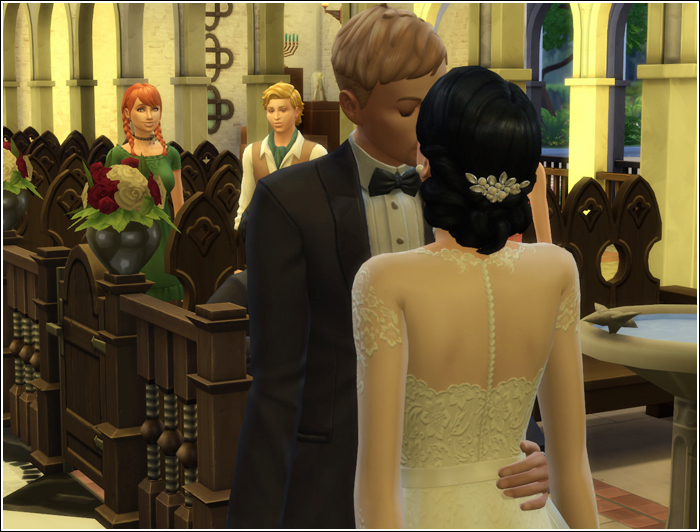 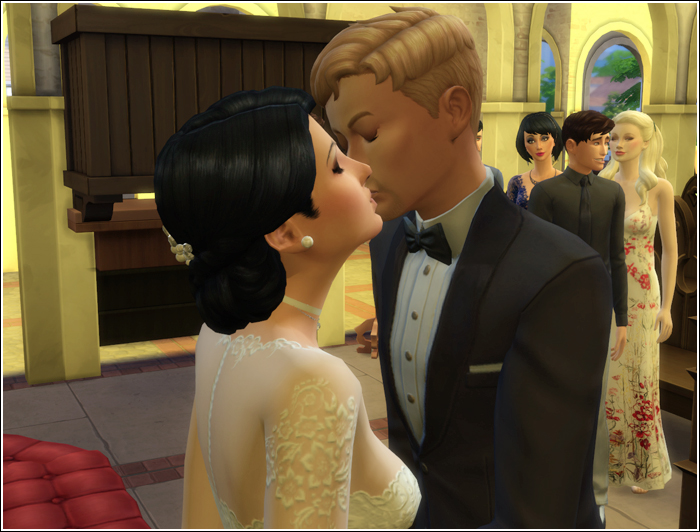 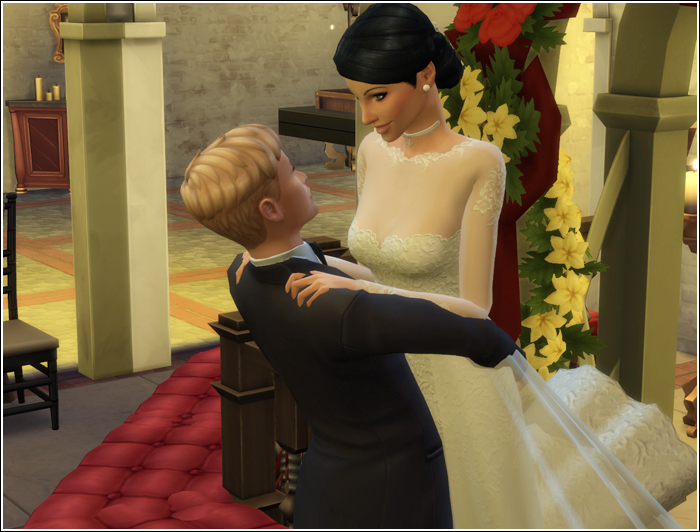 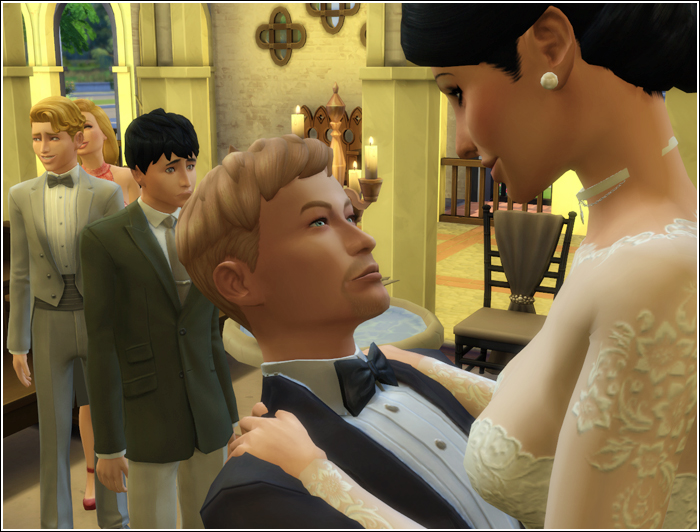 When she and Ronan shared their first kiss as a husband and wife and posed for the photographers, Beryl thought, And so it is done. I'm trapped. 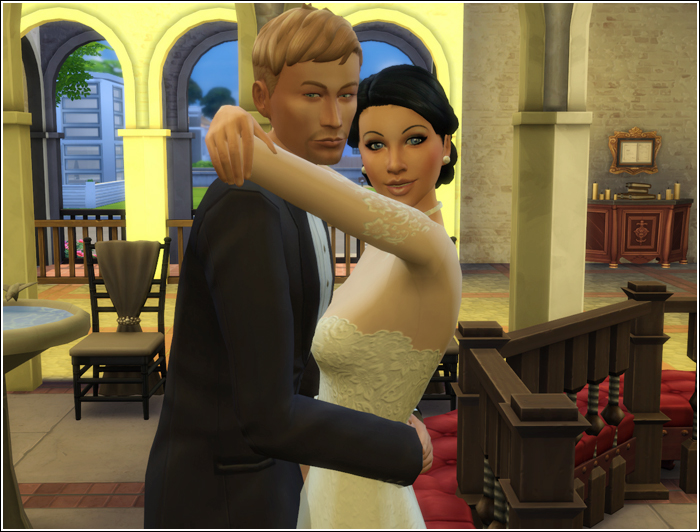 She was right, but she couldn't possibly know at the time, that the word trapped would soon get a brand new meaning for her. 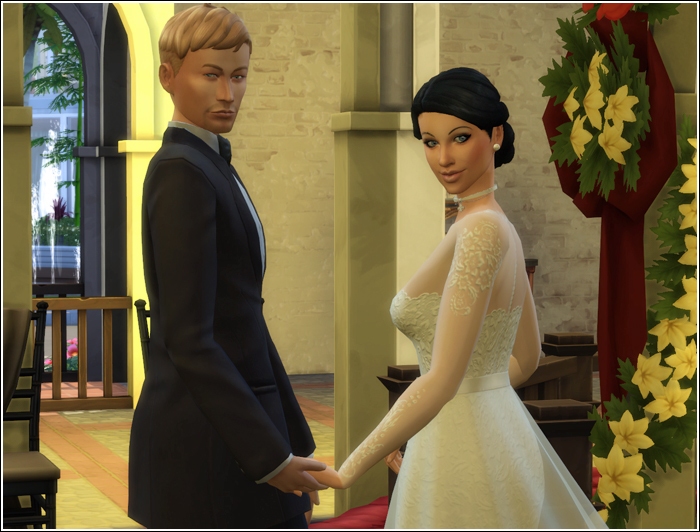 *  *  *  *  *
Despite everything Tony said and made Beryl think, he wasn't taking her wedding easy at all. He couldn't just sit home while the love of his life was saying her vows. He went for a jog. His feet carried him infallinbly to the cathedral. He carefully avoided all people with cameras and hid himself in a rose bush. 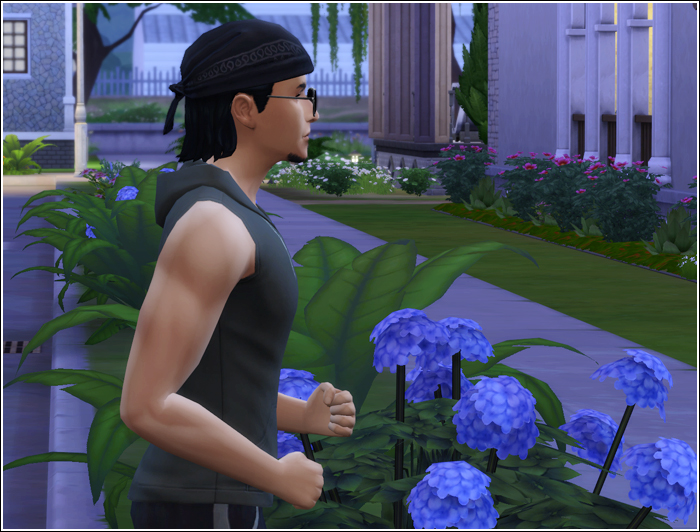 He watched all the guests coming and going. He saw Beryl's adopted daughter with the Thomas guy and had to shake his head. The girl evidently still haven't decided if she wanted to be a beautiful woman or a little shy girl. Maybe staying an innocent little girl for as long as possible isn't such a bad idea in her case, he thought. The same wouldn't have applied to him when he was young, but Kellie lived much different life than him thanks to Beryl. 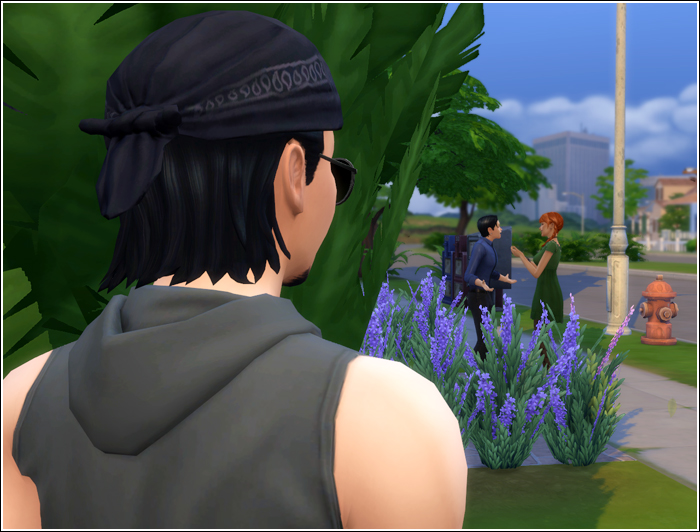 He sneaked inside for a while, but couldn't stand watching the ceremony. It was just too much to bear. He left the cathedral.
Shortly after that the married couple and the wedding guests also went outside for some photoshooting. 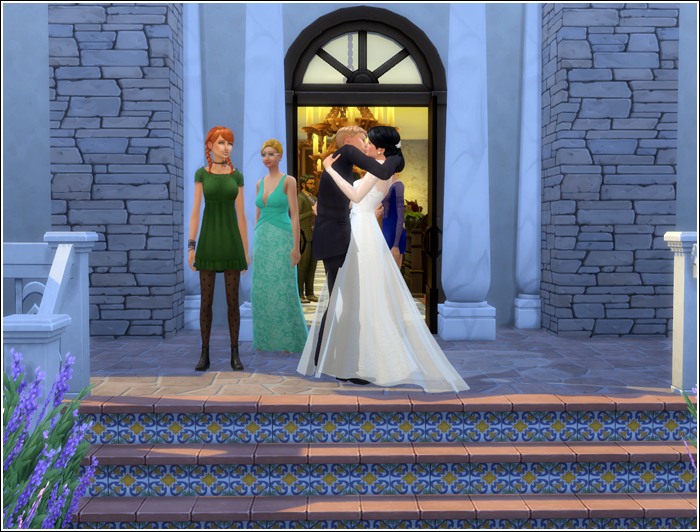 There was this one moment when Beryl's new husband was looking directly at Tony. Something in that look sent chill up Tony's back and triggered all his inner red lights. Then Ronan smirked and looked away.
​Tony blinked. He knows. And he doesn't care. But what does it mean for Beryl? 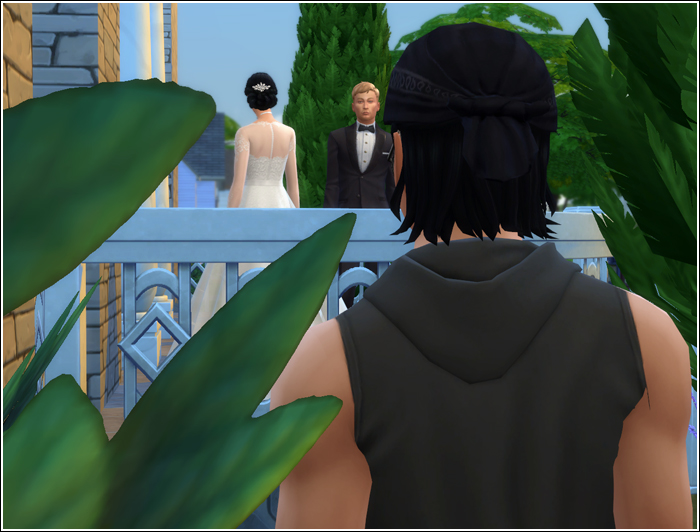