3.38 Cornered
​
After the wedding things in the Heffner household somewhat calmed down. Or it appeared so. Chris and Kellie went to school every day until Kellie had to leave for Windenburg. Then the house went even quieter. There was no affectionate teasing between Beryl and Ronan, no laughter. Every morning the two of them had breakfast together. Chris haven't joined them since the wedding. After the breakfast Ronan would go to the hospital and Chris to school.
​
The rest of the morning would Beryl spend doing the housework or going downtown shopping. Her days were bearable. It was the nights she dreaded. As if Ronan lost his restraints after they got married. He wasn't the gentle lover she remembered anymore. Beryl had no idea things could be so... unpleasant in this department. Her parents were always so affectionate to each other and Tony, her first love, treated her the same loving way. She didn't know how to deal with it or who to talk to about it. It was too personal. She was considering seeking out a professional counsel. Anytime she thought of it though her cheeks were burning with embarrassment. How could she even start talking about it? So she was posponing it. 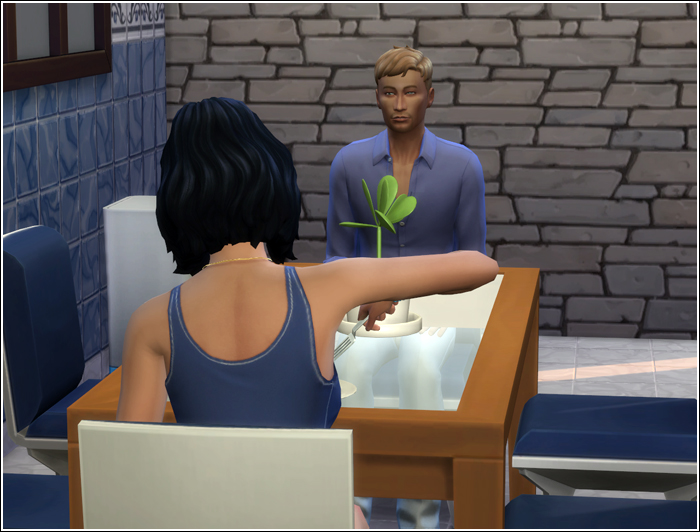 And then she found out she's expecting. It brought some joy to her life again. Even Ronan seemed to be pleased with this news and treated her more gently again. Not for long though. 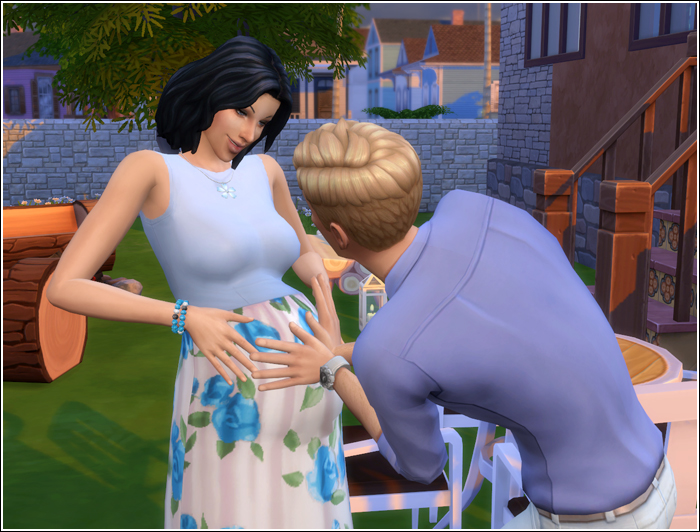 ​One day Beryl gathered all her courage and decided to visit the counsellor as she had planned. Ronan had a day off and was watching something on tv and so Beryl got dressed and headed for the door. She was almost out of it when Ronan stopped her.
"Where are you going, Beryl?"
She looked at him over her shoulder. "I just need to buy couple of things, I'll be back soon."
"You're not going anywhere."
Beryl blinked. She thought she must have misheard. "What?"
"You're pregnant with my child. You will stay home until the baby is born. I don't want anything to happen to either of you."
Beryl opened her mouth, but no words came out of it. I can't stay at home for the rest of the pregnancy! I'll go crazy! she thought. "But... what about my doctor visits, shopping and... and..." the counselling?
Ronan walked up to her. "I will drive you to the doctor every time, even if I have to take a day off. As for the shopping, your son is perfectly capable to do it. Or we can order a delivery." 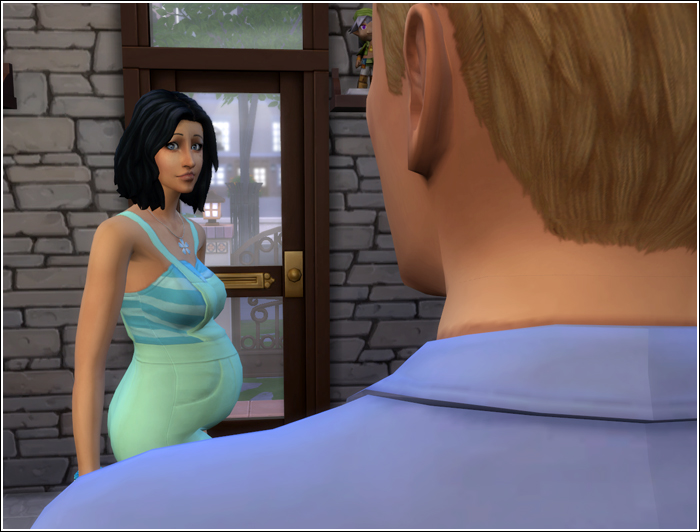 ​Beryl wasn't able to put up resistance when Ronan led her back to their bedroom. He took her clothes off, dressed her in a nightgown and made her crawl into bed. Beryl was covered with a blanket from toes to her nose and watched Ronan with unbelieving eyes.
"Good girl," he said and smiled at her. "I'm your husband and I love you, Beryl. I will take care of you. There's no need for you to go anywhere." When he left her alone she realized she was holding her breath. He's just overprotective, she told herself. Maybe when I talk to him, He'll come to his senses.
He didn't. 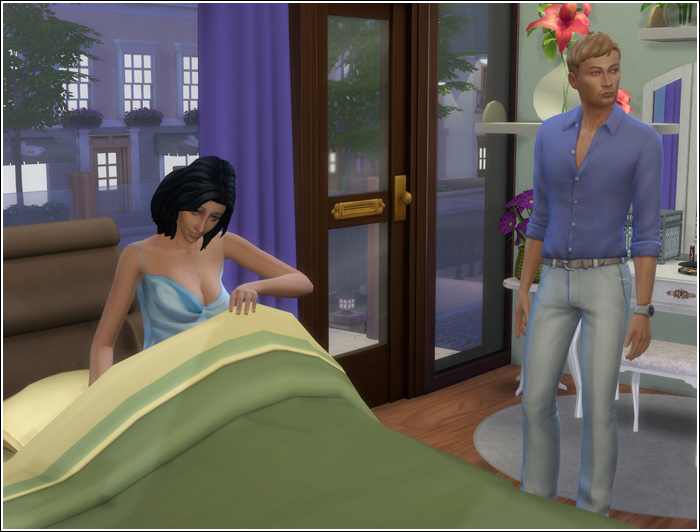 ​Beryl tried to do what Ronan wanted to keep peace between them. But after a month of not being allowed to set foot beyond their lot she was literally exhausted from all the resting and couldn't take it any longer. The very evening she went after Ronan. She found him at the computer.
"What are you watching?" she started the conversation neutrally.
"Nothing important," he said and turned on the screensaver. "Do you need something?"
"We need to talk, Ronan. I'm going downtown tomorrow. I can't take staying home anymore. Like it or not, I'm going."
"No, you're not," he said calmly.
"Wait and watch me," she replied and headed out of the room.
"Beryl. You better come here and watch this."
She intended to leave the room without a second glance and slam the door behind her, but something in his voice made her stop.
"Come here," he beckoned. "You asked what I was watching. I didn't want to upset you in your state, but you're giving me no choice. Look, this is what I'm watching every day as a reminder what you are." 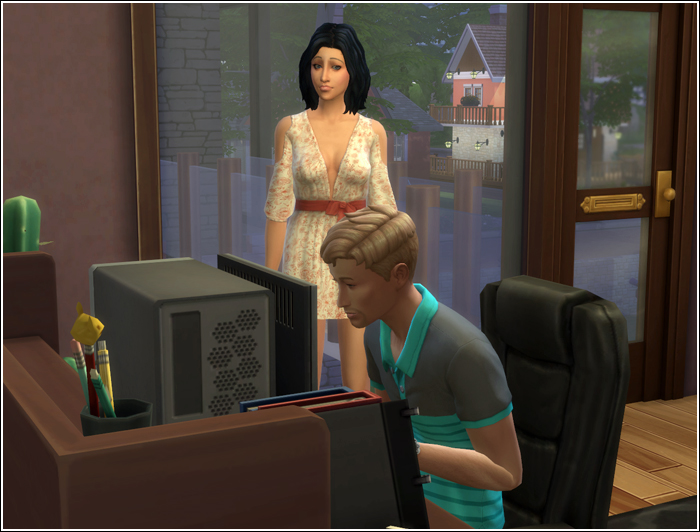 Beryl didn't understand at first what she was looking at. She thought Ronan is showing her a naughty video. She knew even happily married men liked to watch these. But then she recognized the faces on the screen and gasped.
"Funny thing," Ronan continued. Some time ago I noticed someone had broken into my house. Luckily for me they didn't steal anything. Then I got this new surveillance system installed. And imagine my surprise when I discovered this gem one day."
Beryl's cheeks burned with shame. "Why did you marry me if you knew, Ronan? Why didn't you just walk away if you didn't love me anymore?"
"This may have broken my heart, but I was still very fond of you and angry at you. I thought, she wants a wedding so I will give her what she wants and take something in return."
"It was just this one time, Ronan!"
"Just one time and in my own house. How can I even trust you? For all I know you've been seeing this man, this criminal, for years. Let me tell you how this is going to work. You'll do what I tell you. You will stay at home and be a good wife and bear and raise my children. You wanted more children after all, so this should make you happy. You will never see this man again."
"And if I don't agree?" 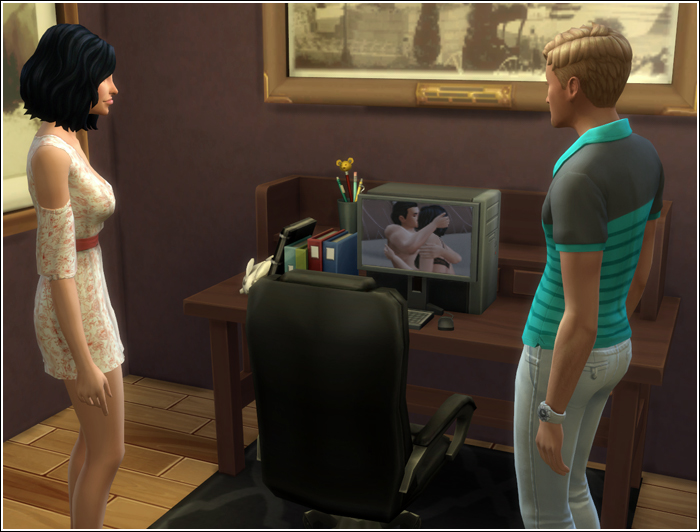 "Well, then there are several options. I can send this recording to the media with the whole story how you cheated on me only days before our wedding. Everyone in this town and beyond is going to see this video. You won't be able to leave this house. Or I can send it directly to the police. What's the sentence for harboring a criminal? Three years I heard. And then I will get the custody of our baby with no effort. I'm pretty sure I could come up with more options but these are my favourite. I hope the sex was worth it at least. Oh and in case something was to happen to me, I must not forget that your lover is a killer after all, my lawyer gets a copy of this with instructions what to do with it."
Beryl was devastated.  And the only person she could blame for this mess was herself.
"Why would you even want this marriage to continue?" she asked.
"Oh, didn't I tell you? Being married to you does wonders to my career! I have to give it to you, Beryl, people in this town adore you. I wonder what would they say if they knew what whore you are. Anyhow, I've been nominated for a promotion I waited years for. And I'm sure more are coming soon."
Beryl felt like throwing up. When she didn't say anything, Ronan spoke again.
"What is your decision, Beryl? Do you still want to go out tomorrow?" 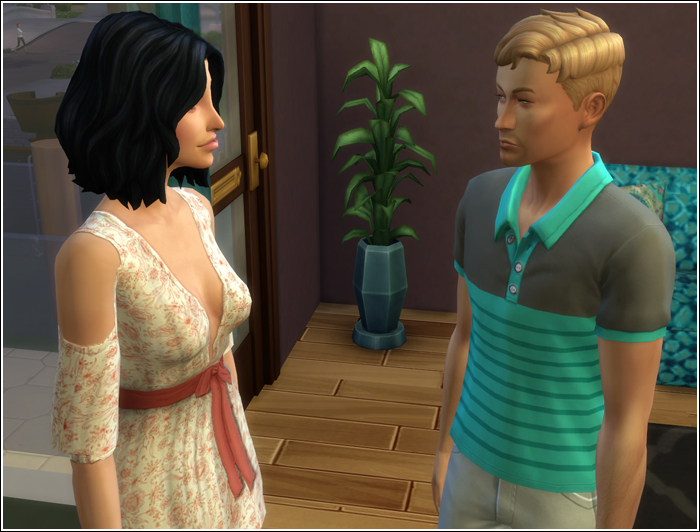 She knew she lost. "No," she said and with her head drooped she retreated to the bedroom.
What am I going to do? I was so stupid!
Feeling completely crushed she threw herself at the bed and cried herself to sleep. She woke up when Ronan slipped under the blanket and wrapped his arms around her. She just lain there resignedly and stared into the darkness. 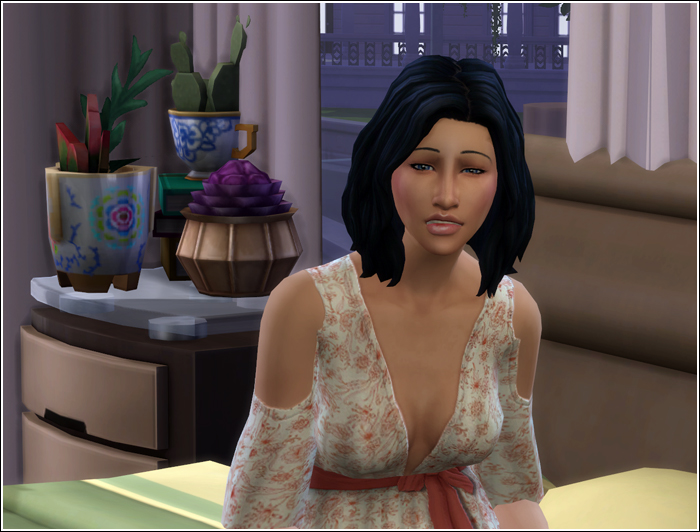 Chris noticed something was wrong and asked her about it. Beryl just blamed it on the hormones and pregnancy. How could she even explain to him she's become a prisoner in her own house? All he could do was to hug her and tell her he loved her, and that kept her going. That and thoughts of his father. Thankfully Kellie was in Europe and far away from this. 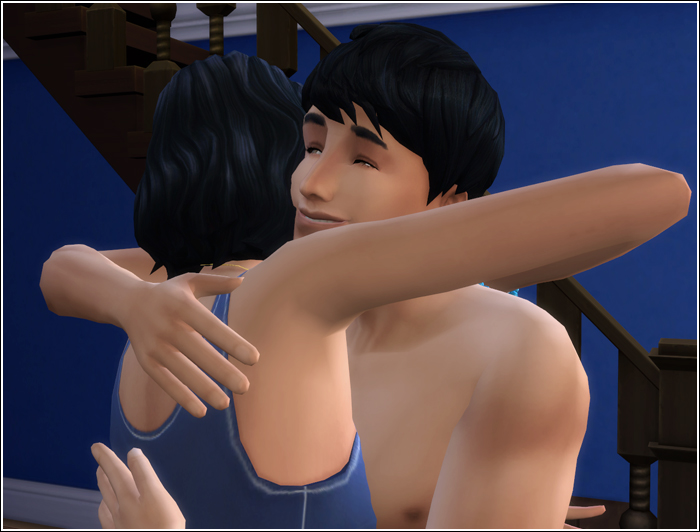 The worst thing was that she had so much time and didn't know what to do with it. One day she sat in front of the computer. First she tried to write a diary, but it only reminded her of her miserable situation and she stopped. Then she opened a new document. She needed to escape all this. She thought back to when she had first met Tony and how annoying she found him. The memory made her smile and she started writing. She channeled all the love she felt for Tony into a short story. But it wasn't enough. She added more and more chapters. Some of it was real some of it was her fantasy. She was writing it for herself, it was a cleansing process. With each new page her pain lessened and when she finished her first book she was more in peace with herself and she was far from finished. And that was how the Love & Ruin series were born. From her own love and pain. 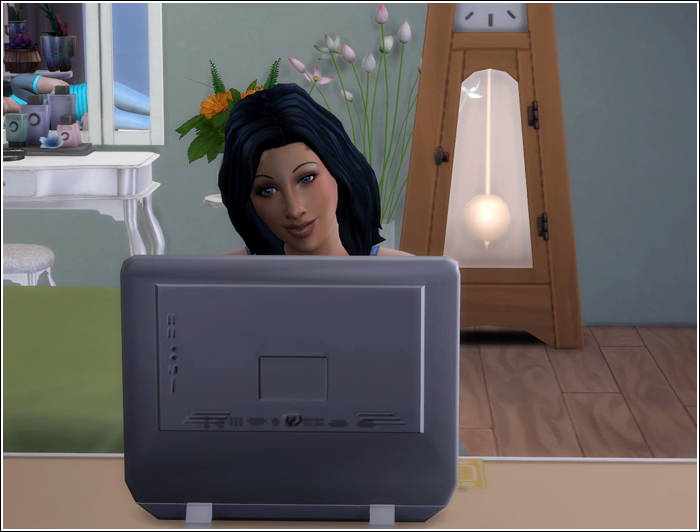