Chapter 2.12
Newcrest Police station was an impressive building. Whoever built it, definitely knew how to invoke an awe in a person.
​Beryl felt intimidated by its towering appearance as soon as she saw it. 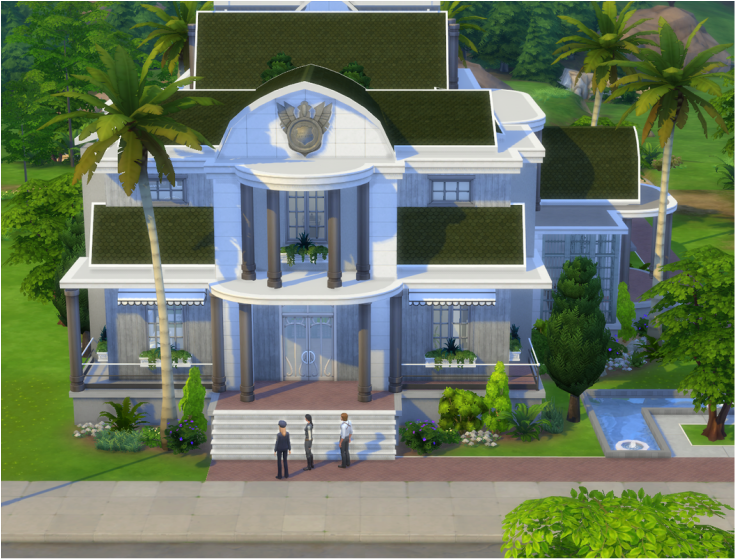 She has never set foot in this place and didn't know exactly what to expect. She felt less and less sure of herself. 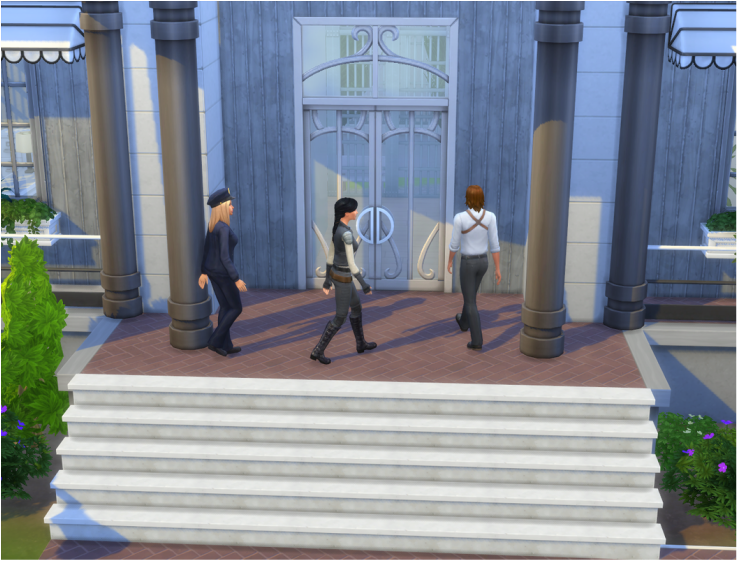 That's the point, she thought. That's why they wanted to talk to you at the station, on their territory. You'll be ready to spill your guts before they even start playing bad cops. 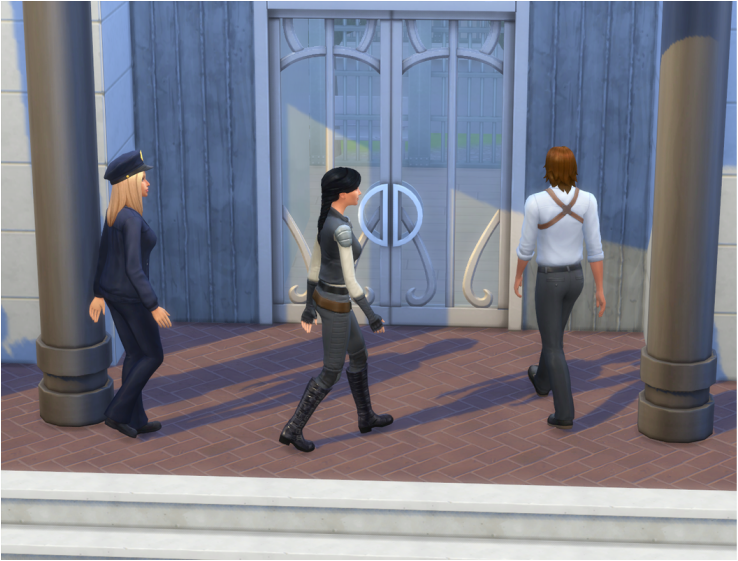 Detective Banks and officer Alvarez led her past holding cells, which didn't lift her spirits either. There was this prisoner who kept yelling she's innocent and wants to go home. It made Beryl think if she herself is going to end up locked up behind these bars. 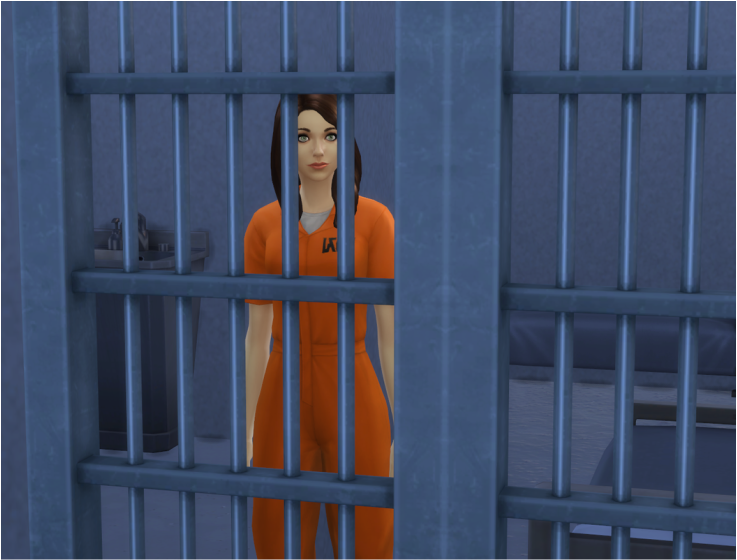 The further they proceeded, the more dispirited Beryl felt. They're not going to let me leave this place. This is a taste of what is waiting for you, Beryl. Very well thought out action on their part. She already felt guilty. 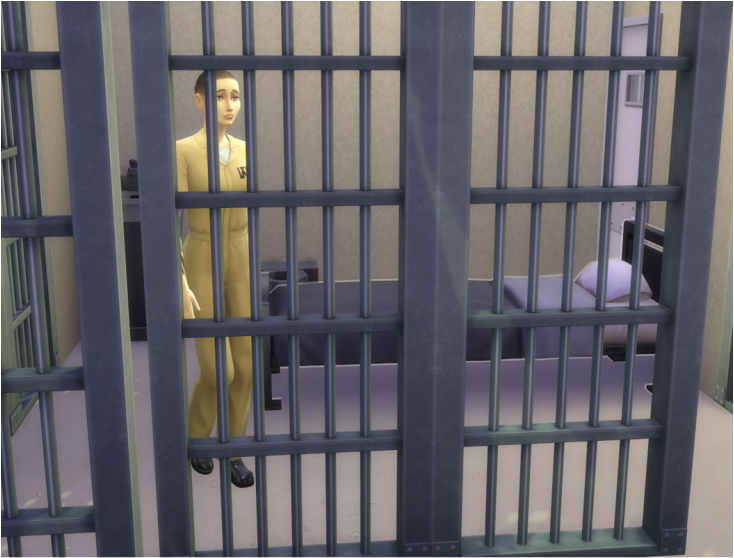 ​They stopped to chat with their colleague. Another display of how ​relaxed they felt here, unlike Beryl. 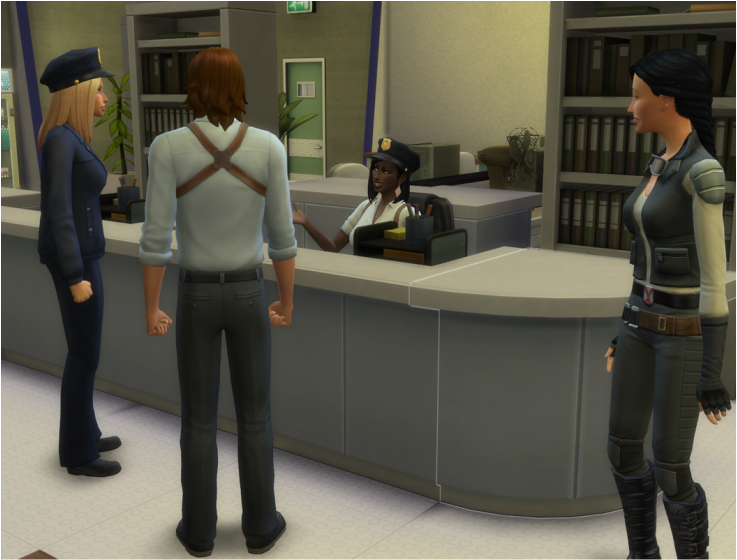 She noticed an old man sitting nearby and studying her. Did he know her? He didn't try to talk to her, he just watched her intently. What was this all about? 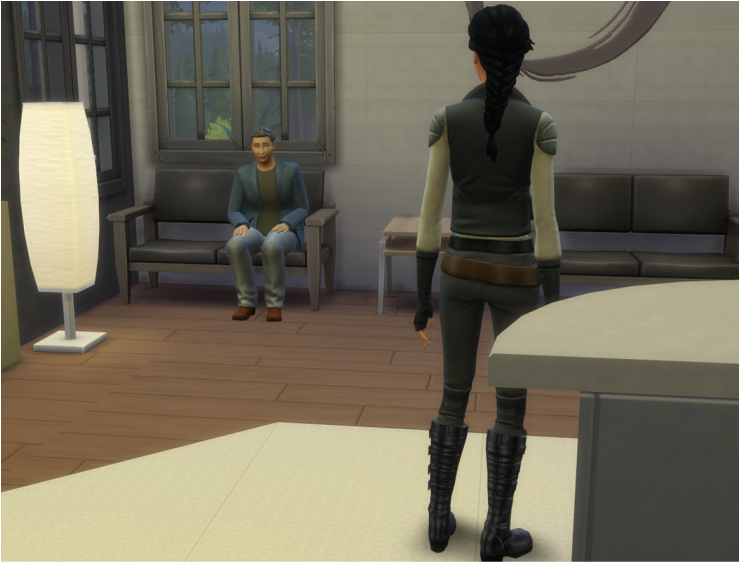 ​On the second floor they ran into agent Sullivan. It seemed they couldn't agree on who would speak to (interrogate) Beryl first. The agent apparently won. 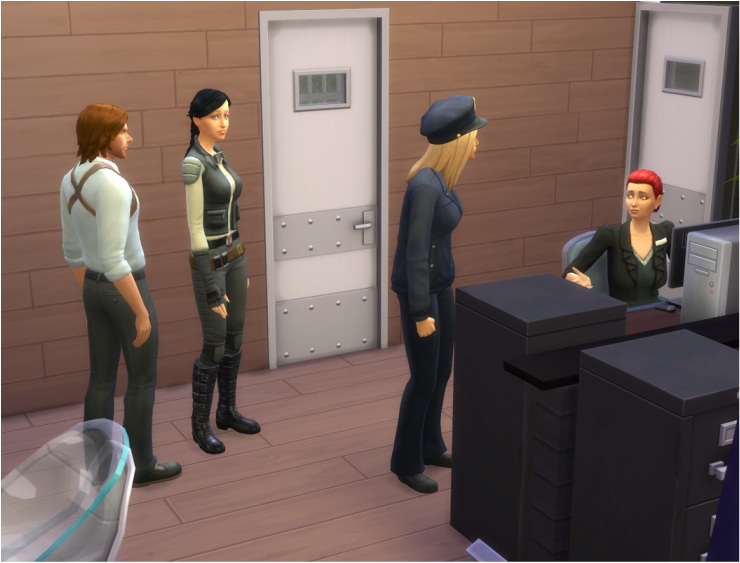 They led her into a room with a table and chairs and no windows. 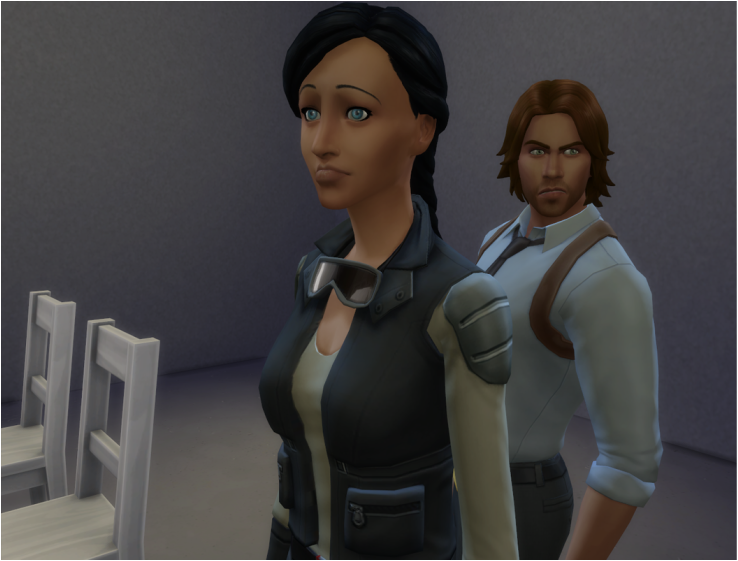 When Banks and Alvarez were leaving the room, the officer whispered something to the detective. Beryl caugh a few words: ...witness...not sure... But it didn't mean anything to her. Then she was left alone. 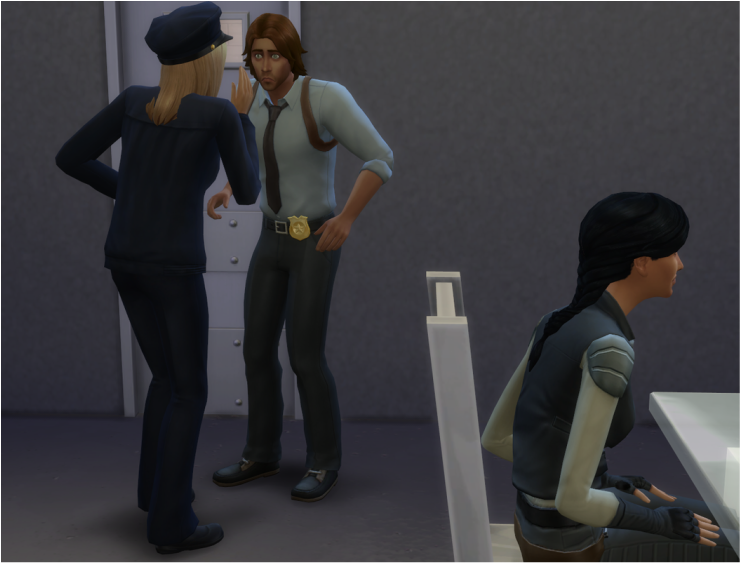 Time was passing and nobody was coming. It was stuffy in the room and Beryl started sweating and feeling thirsty soon. Had they forgotten she's there or was this another step to break her? She was tired after the long night in Oasis Springs and regreted shed didn't take a shower at Tony's place, when she could. 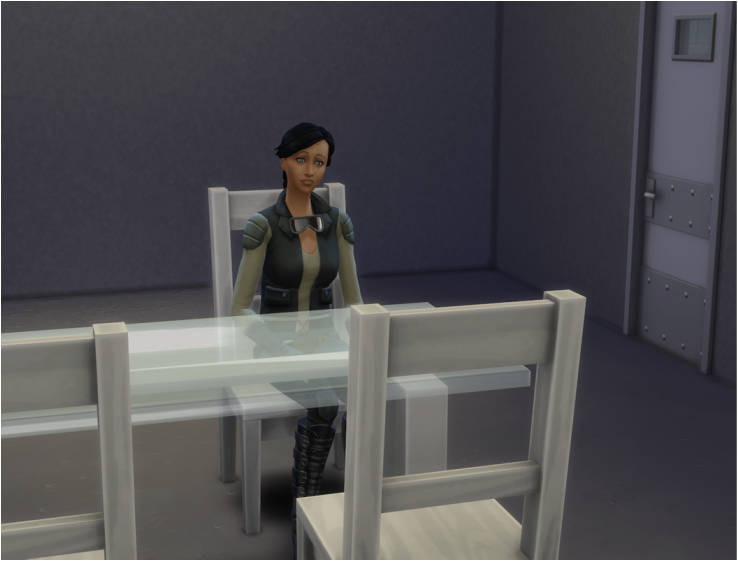 She pulled a phone out of her pocket, but the room was shielded or something and there was no service available. 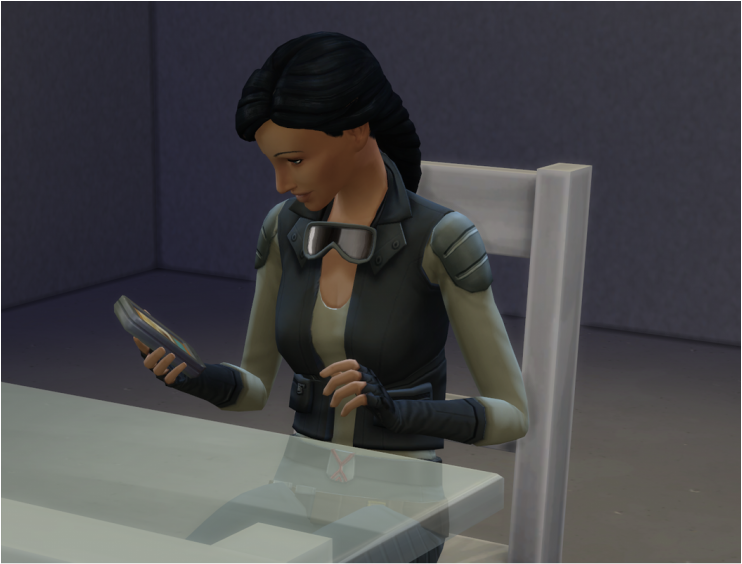 She was really scared now. She started thinking about Tony again and how safe she felt by his side. What would she give to be with him again right now. She would even prefer being kissed by him again than locked in this room with all her fears. He was right, you did like the kiss, didn't you? 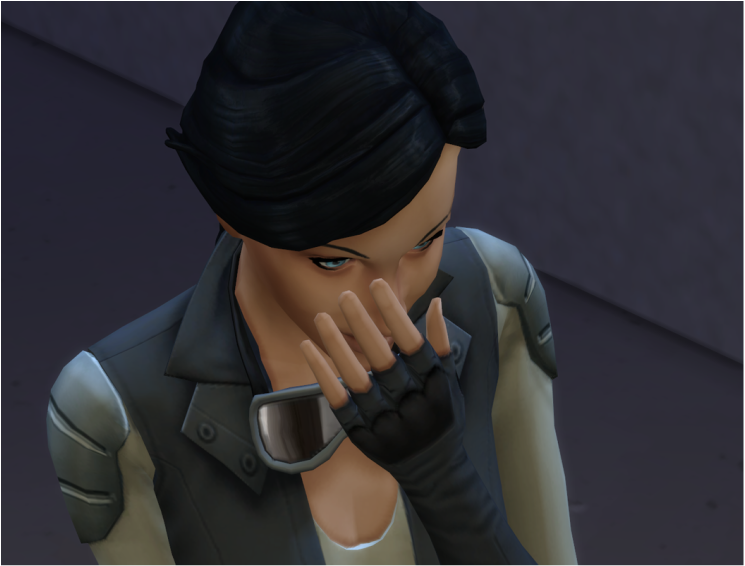 Be honest with yourself, Beryl. You actually like him a lot. Yes, he often drives you crazy, but you like him. And he's such a good kisser... You shouldn't have called him a bastard. He's probably still waiting for you, not knowing where you are... 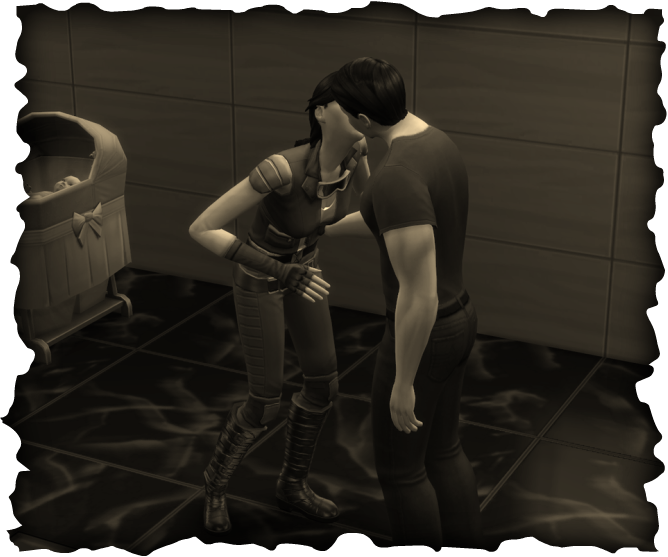 Oh, Creator, he doesn't know what happened! What if he thinks I betrayed him and went to the police? What if he takes my baby brother and leaves and I'll never see neither of them again? Beryl started pacing the room restlessly and in that moment the door opened at last and agent Sullivan entered. She motioned Beryl to sit and seated herself opposite of her. Then she placed a picture in front of Beryl and asked: "What do you know of this man's wherebouts?"
Beryl suppressed a gasp when she saw Tony's face at the picture. So all this fuss is about him? It took all her inner strength to keep a stony expression and say: "I've never seen this man before. Who is he?"
"I suggest you reconsider your answer, miss Heffner," said the agent. "Harboring a wanted criminal is a capital offence. We have a witness who saw you with this man. So, do you want to change your answer?"
Beryl's heart sank. They had her. "I..." she started and in that moment the door opened again. 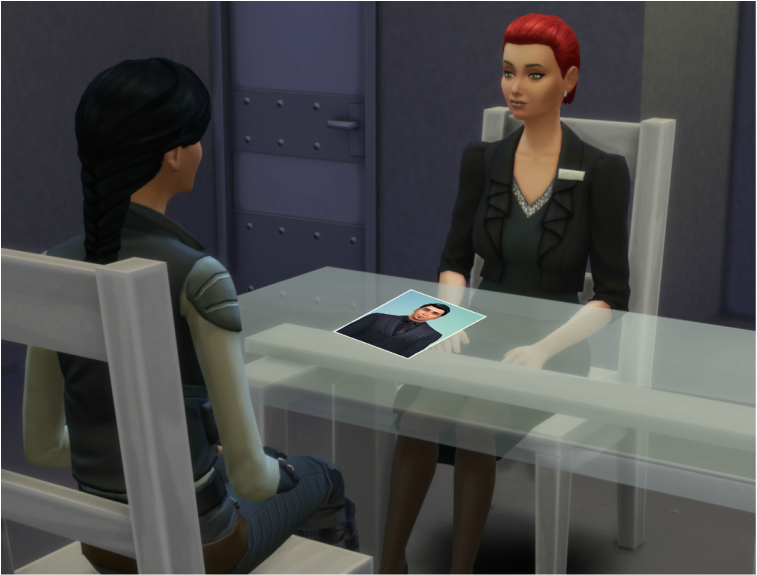 A man in an expensive suit entered. "Miss Heffner, I suggest that you do not say another word." 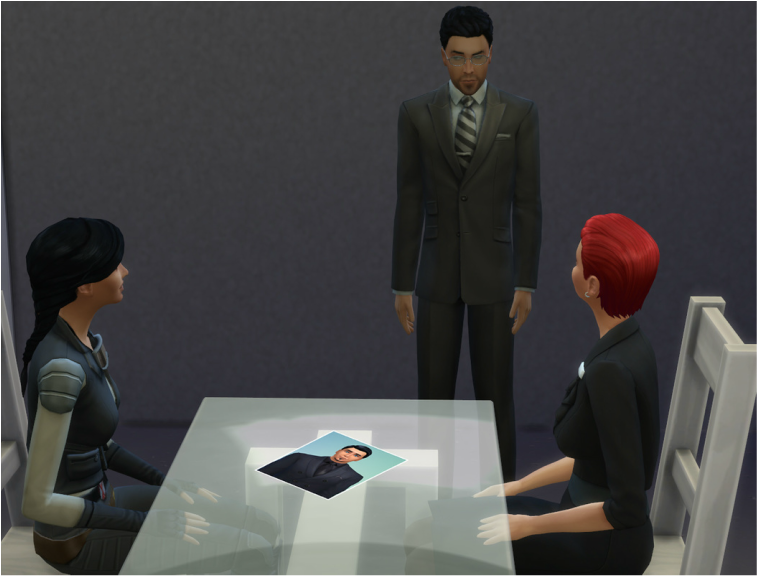 Agent Sullivan jumped to her feet. "And who the plum are you?"
"Vincent Salvatore from Salvatore & Sons and miss Heffner is my client. Unless you want to charge her with something I demand you release her." 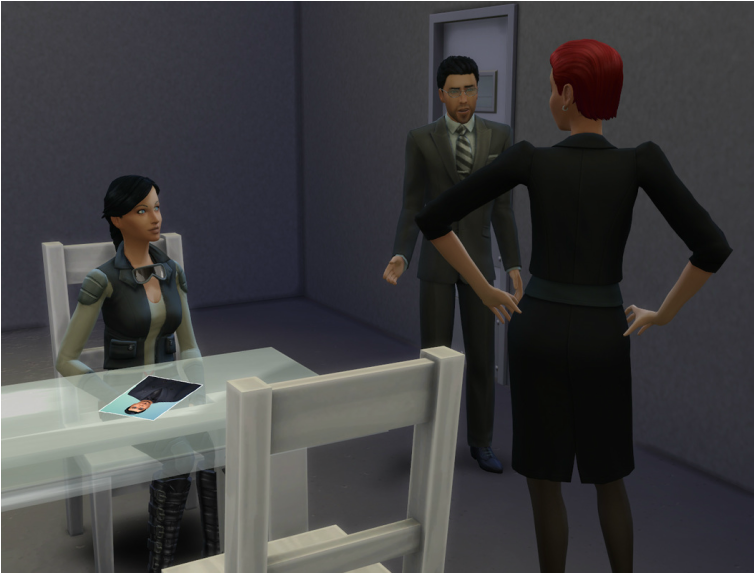