3.17 Nightmares
Kellie suffered from a terrible nightmare the following night. Chris was backed into a corner by Max Caliente and Thomas Nightshade and beaten unconscious in it.
​ 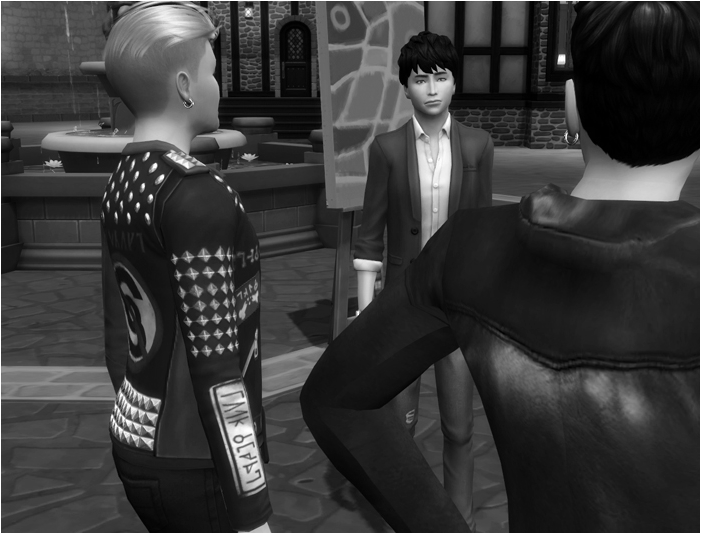 Then Max was invoking the Grim Reaper promising him to chase her down and sacrifice her to him. For the rest of the nightmare she was running and hiding from them in the family crypt where angry ghosts of Heffner ancestors were trying to drive her away yelling at her she didn't belong there because she was not Heffner by birth.
​ 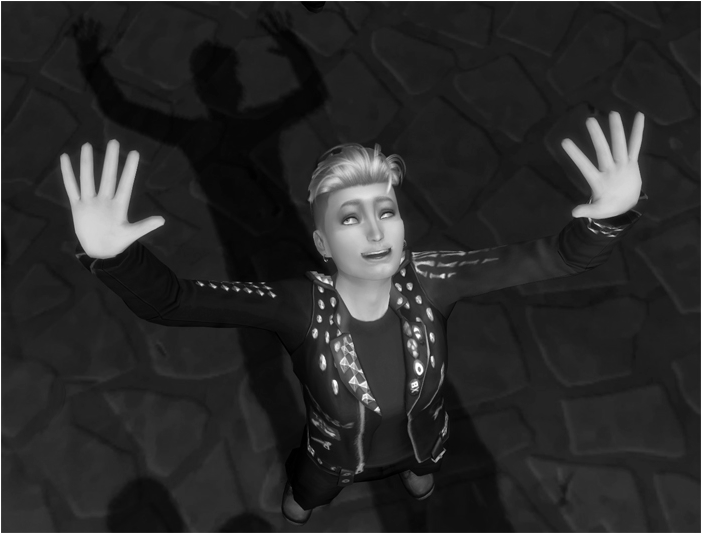 Kellie woke up with a start, anxious. She immediately sneaked into Chris' bedroom to check, if he's all right. 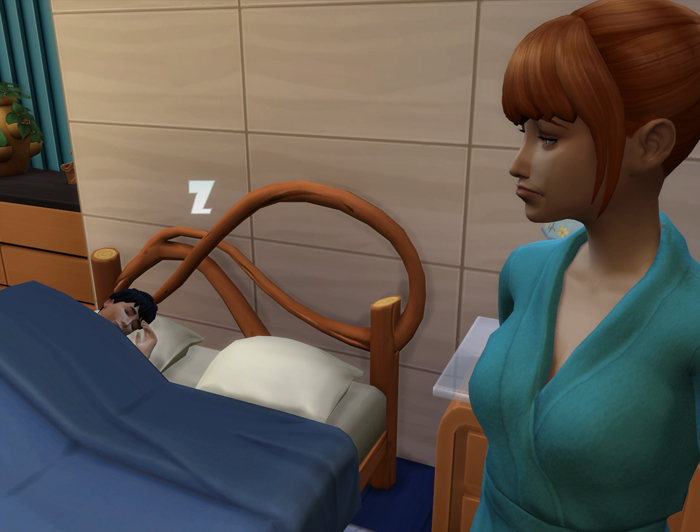 Then she went to the kitchen and drank a glass of milk and for the rest of the night she sat there, unable to go back to sleep.
​
​This hostility between Chris and the Caliente boys must end or some day someone gets seriously hurt. How long will it take before a knife or a gun is drawn? They weren't children fighting on a playground anymore. This could easily turn ugly.
​ 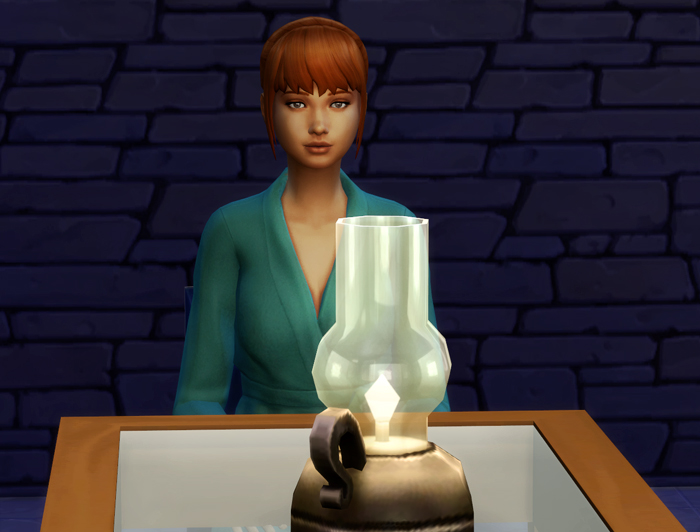 When Chris came down for a breakfast before school, she told him about her worries.

"You feared for me? That's sweet of you, sis!"
​
Kellie blushed. "You don't get it, Chris! I don't won't you to fight with Max again, let alone because of me!" 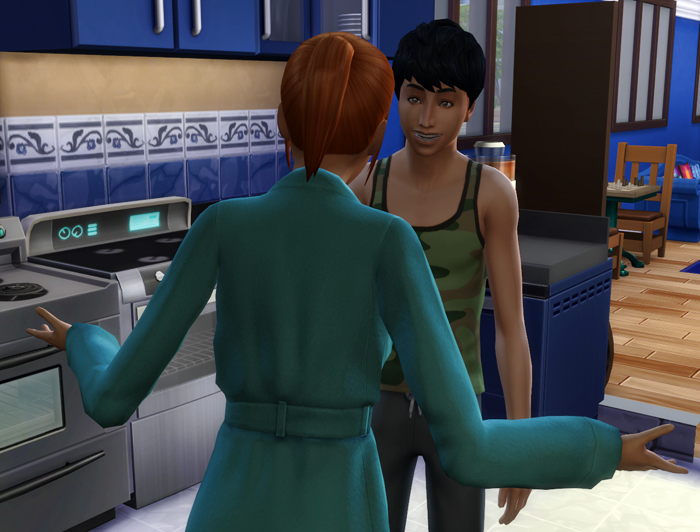 "What's got into you, Kellie? I remember you fighting like a tiger with Edward yourself."

"That was when we were kids, Chris! It could get much worse now. I don't want to have to come home one day and tell our mom, that you ended up in a hospital or worse."
​ 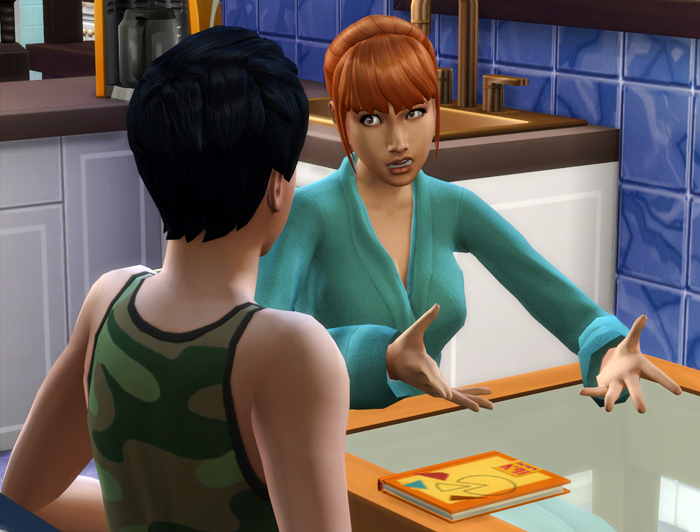 ﻿​
"Listen, Kellie, I had to stand up for you. It was the right thing to do. If I didn't do that, how could I ask the other members of our club to respect me? Do you understand?"

"There are other ways to earn respect."

"Of course there are. But that particular situation required punches to be... administered."

"Maybe it's time to burry the hatchet. Or maybe I should leave the club so that you don't have to defend me."

​"You can't let me down now, Kellie. After all, it was your idea to gather allies, remember?"
​
Kellie couldn't stand the intense stare of his chocolate brown eyes any longer and got up. "I haven't decided yet, but I'm not comfortable with you risking broken bones because of me," she said and retreated to the bathroom.

Why was it so hard to argue with Chris? He always won in the end, because she couldn't say no to him, when he gave her the look. There goes her plan to convince him to make peace with the Calientes. Best laid plans...
​ 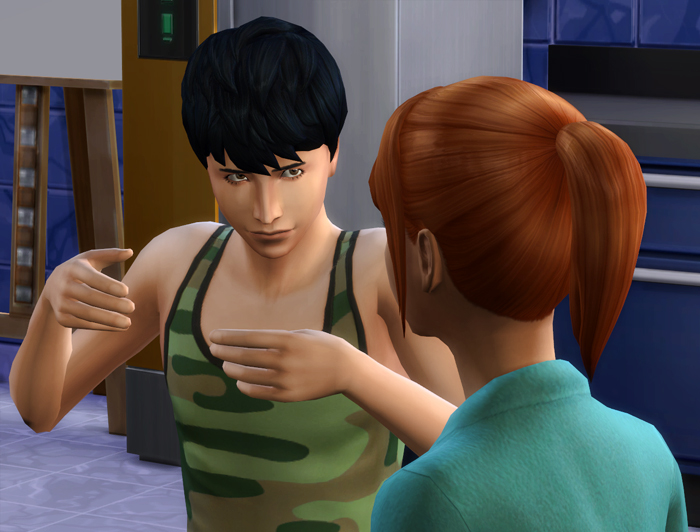 After school Kellie invited Kristi over. When Kristi arrived she examined Kellie from head to foot.

"What is it you're wearing, Kellie? One of these days I'm going to take you to Ms.Goth's Beauty Studio," she said.

"Why? What's wrong with my outfit?" Kellie wondered.

"My grandma wears this very sweater."

"Well, it's comfy," Kellie pointed out.

"Listen, Kellie, I heard Raven yesterday and I don't want to sound like that bitch, but we need to work on your wardrobe a little. You're my best friend and I hated hearing the Caliente moron and his minions say those things about you. Let me make an appointment for both of us with Ms. Goth. It'll be fun, I promise."

"Hey, you must like one of those handsome boys in our club. Which one was the reason you joined?"

"Okay, but surely he's not the one you fantasize about, right? That would be awkward. So, which one is it?"

Yes, listen to her, Kellie. That would be awkward. "I... I think I like Finn!" she blurted out. Oh, Creator!

"Ha! Finn it is. I suspected that much. Great! Don't you want to look beautiful for Finn?"

"Then we have a deal. With the help of Ms. Goth we'll show the world what beauties we are."

"If you think we have to. Now, let's do our homework so we can watch the movie we talked about at school." 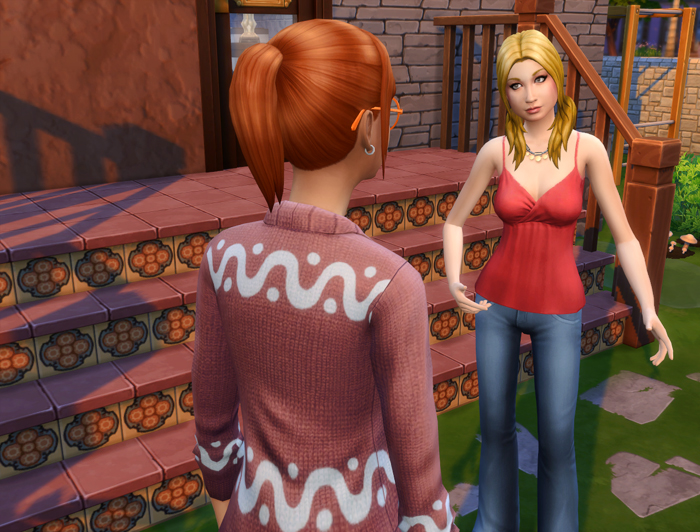 The girls seated themselves at the table near the rooftop pool to make the most of the rest of the sunny afternoon. They were in the middle of their essays about their favourite time with their family, when they heard voices below. 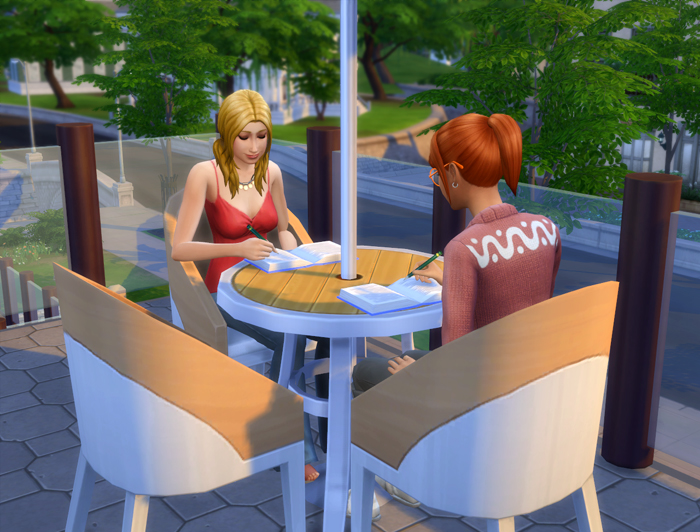 "That's the bitch Raven!" Kristi exclaimed outraged. "She's unbelievable! To intrude into your brother's car like that! Just look at her! What's the lowest sentence for stabbing someone?"

Kellie stood up and looked down on the street. 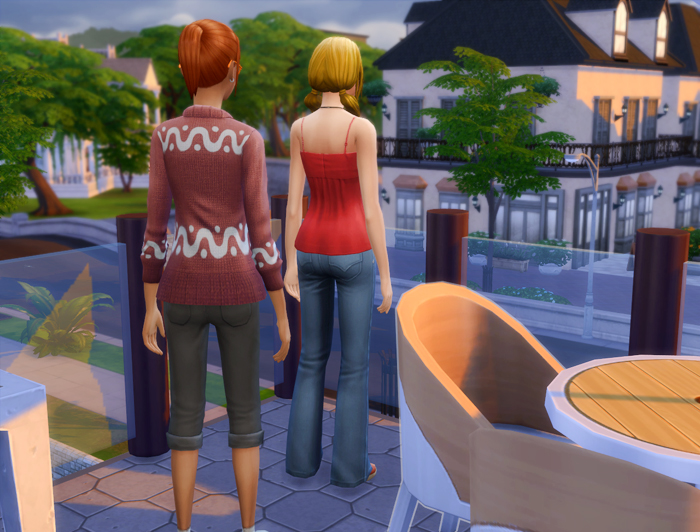 ﻿
And indeed, there was Raven Nightshade down there, sitting casually on the back seat of Chris' car. Kellie's heart dropped to her stomach. Chris was standing in front of his own car and talking to Raven.

What does she want from him? Kellie thought alarmed. 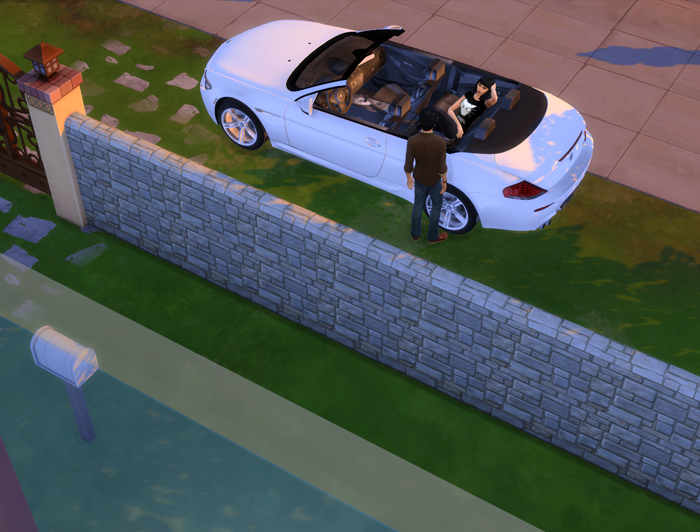