You're making me warm, making me high
I feel like laughing where I used to cry
My wish comes true, my dream comes true
I don't mind showing for you
I reveal everything for you
Just about anything

Reveal by Roxette
​3.21 The New Kellie
To be completely honest I wasn't as keen on the idea of my so called "transformation into a beauty" as Kristi was. But Kristi spoke to Beryl and won her over for her little project, meaning I got a nice sum of money for it to buy and pay for whatever was needed to make me a new... and uh... popular / likeable / (insert preferable word here) person.  No escape for poor Kellie.

​Anyway, when Kristi dropped by to pick me up on Friday shortly after school, she looked me over giving out a loud sigh and mumbled something about things being in Ms. Goth's hands now not hers and then we were on our way to this miracle maker residing in Magnolia Promenade. 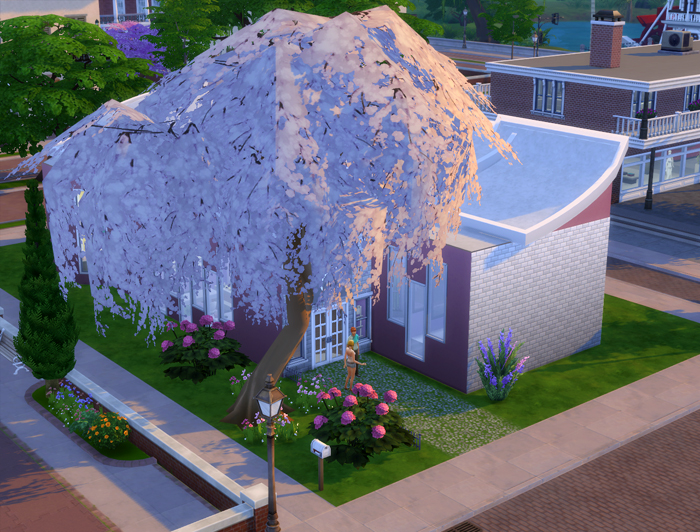 "Ready for the adventure of hair styling, make-up application, dress tryouts and more?" Kristi asked, when we arrived to Magnolia Promenade.

"No, but that won't stop you from dragging me inside," I replied with resignation. 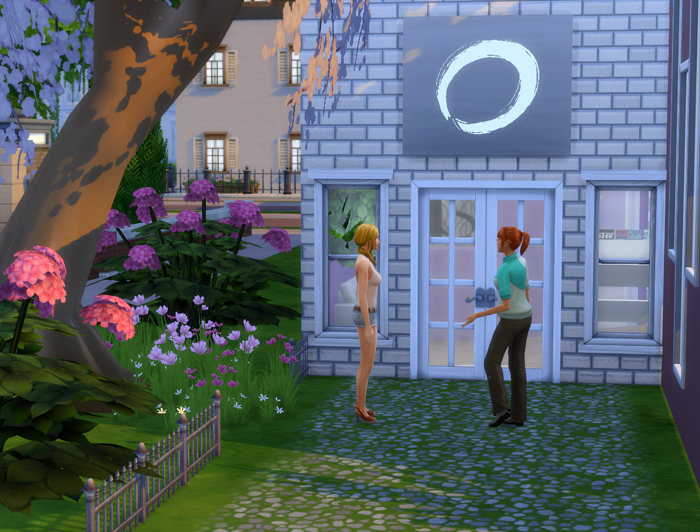 We entered the salon and were greeted by an elegantly dressed blond lady who introduced to myself as Deidre Goth. The familiar way she and Kristi talked made it clear that Kristi was frequent here.

"...and this is my friend Kellie I told you about," Kristi was saying.

Ms. Goth looked me over the same way Kristi usually did when she disagreed with my choice of clothes. "I understand what you meant," she said. "Let's see what we can do about it and help your friend discover her elegant and beautiful self." 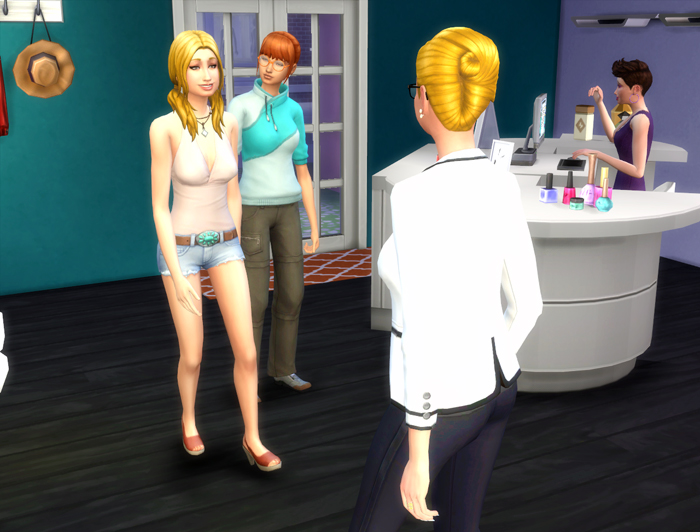 Then she beckoned to a young man to come to us. "This is Andre," she introduced him. He's our hairstylist and manicurist. You'll be in his care in the next hour. When you two are done, his sister Cynthia will help you with make-up and pick a new wardrobe with you. She'll also discuss with you everything concerning your type, colours that compliment you and other stuff so that you'll be able to go shopping and pick correctly what suits you the most on your own.
​ 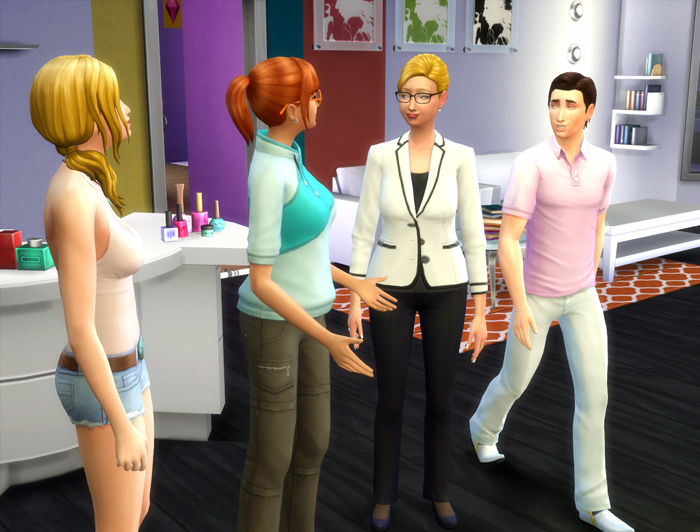 "We'll have lots of fun together, miss Heffner," Andre joked. 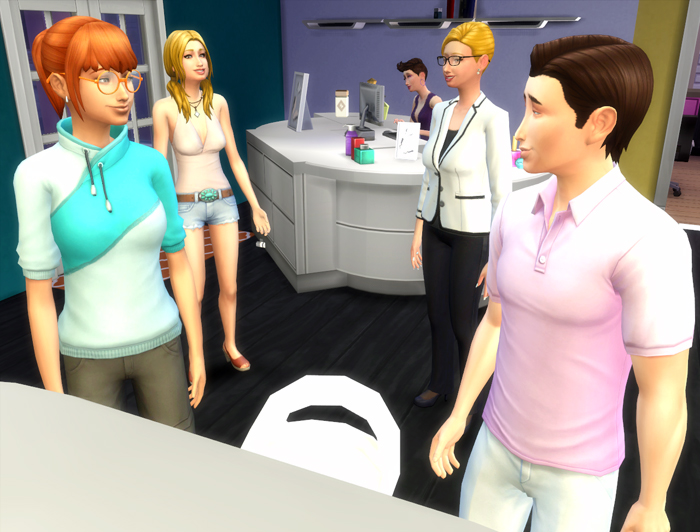 They lent me one of their soft bathrobes, that made me feel like being in a spa, in order to prevent my clothes from getting stained by a hair dye or makeup and to make me feel more comfortable.

Andre gave me a paraffine hand bath before washing my hair. When washing it, he took his time, massaging my scalp thoroughly for a long time which was pure pleasure. I had no idea a scalp massage could feel so good! I mentioned it to Andre and he said he learned that in China. He said that chinese hairdressers always do long scalp massages, it's quite common there. Mmmm, maybe I should move to China. 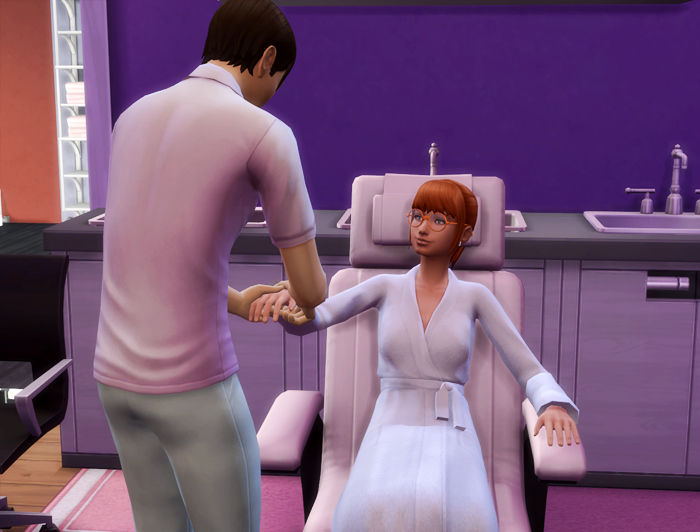 While I was enjoying Andre's care, Kristi was in another room with Cynthia picking new clothes for herself. She never seemed to have enough of them. Will I have to go shopping for clothes as much as her from now on? When I'm the new person? I preferred spending my pocket money for books rather than for clothes. 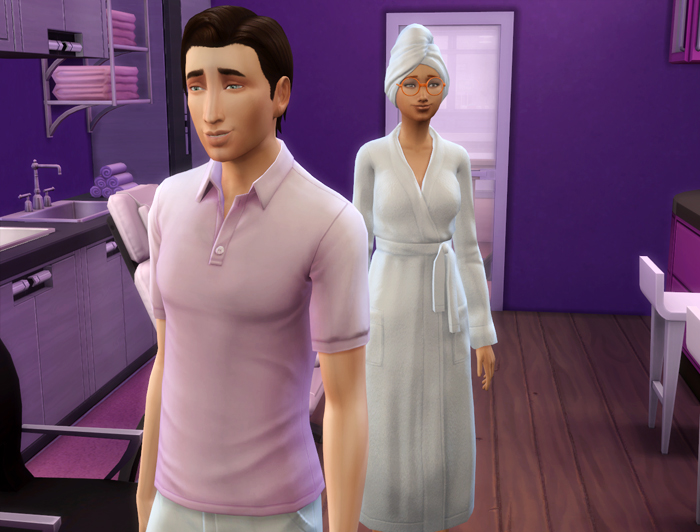 "Have you ever considered wearing contact lenses, Kellie?" Andre asked when I sat in front of the large mirror.

"No," I replied. When he cocked an eyebrow at me, I explained, "I don't feel comfortable with the idea of putting foreign objects in my eyes."

Andre smiled amused. "I'm wearing them myself, Kellie, and to me wearing glasses is now like having a foreign object on my nose. Don't you want to give it a try? You could wear one of those coloured ones to change your eyecolour. Teenagers love them."

I reluctantly agreed. Andre taught me how to put the lenses in my eyes. It turned out it wasn't as bad as I thought. When I saw myself in the mirror with the new hairstyle and green eyes, it was like looking at a stranger. Andre was very happy with his work.
​ 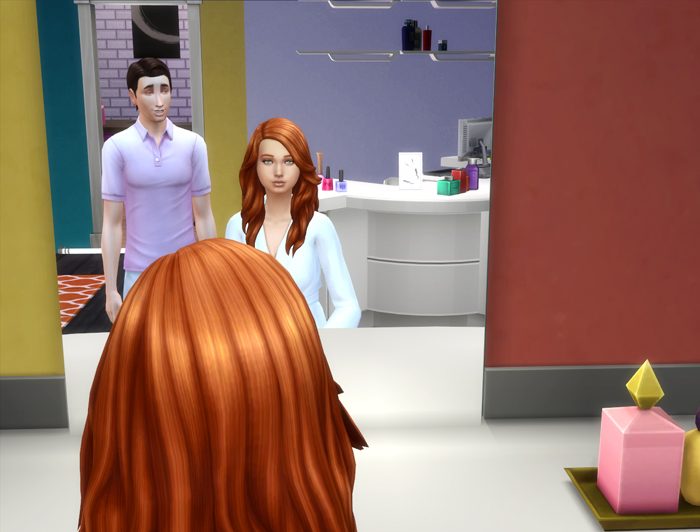 ​I removed the color lenses and then Cynthia took me in her care. When she was finished with me the person in the mirror looked even more different. Older. Andre smiled approvingly at me from the computer. 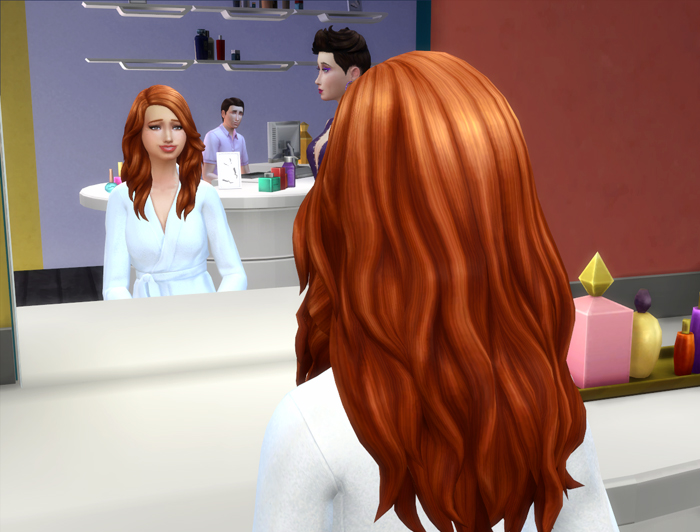 "It could happen, Kellie. Imagine the face of Raven Nightshade if you won! Wouldn't it be worth it?"
​ 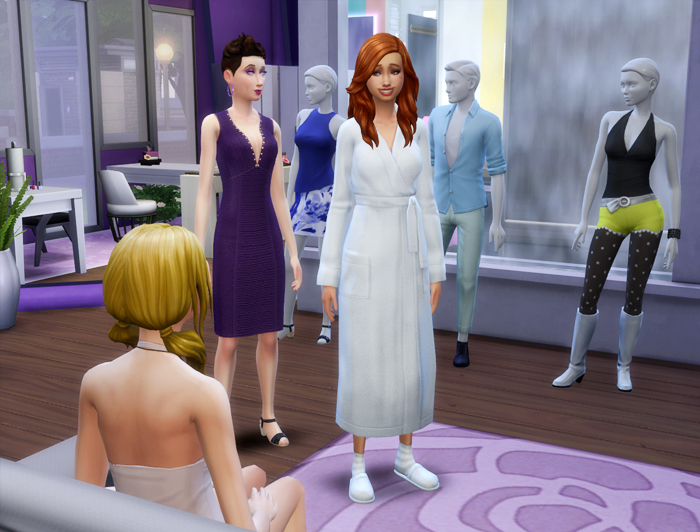 Then it was time for everyone's favourite fashion show, featuring my humble self. I admit, I enjoyed this too. Even Andre came to watch.

"He can't take his eyes off you!" Kristi whispered to my ear. 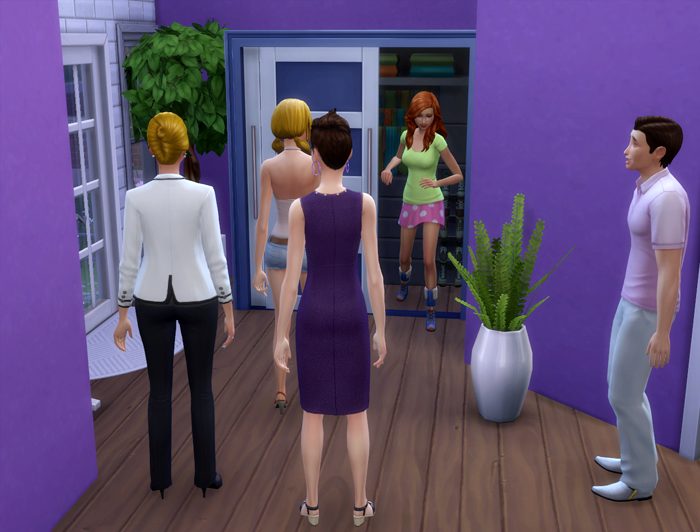 ​Well, maybe he was watching me a little bit more intently, but he was very nice to me all the time. 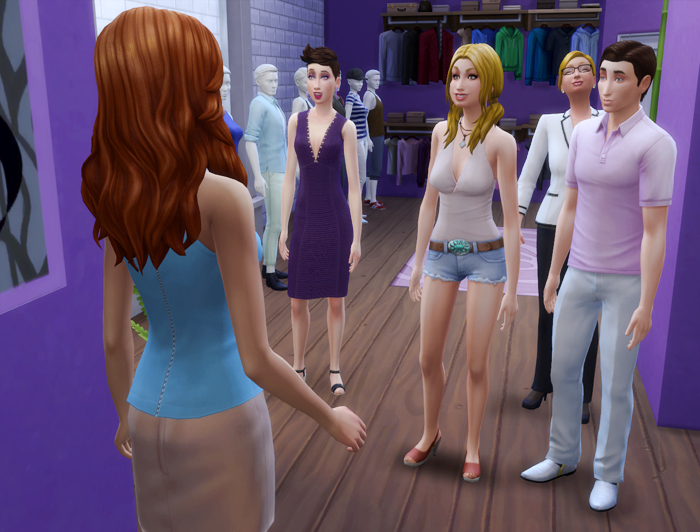 I don't even remember how many outfits I tried out before picking some of them. Kristi convinced me to buy a dress I'm kind of scared to wear on public and she wants me to wear it for tonight's club gathering to make everyone's jaw drop. I think I'm going to disappoint her and go for something more... um... chaste. Even though according to my previous standards nothing I bought today is from solely "comfortable" series. 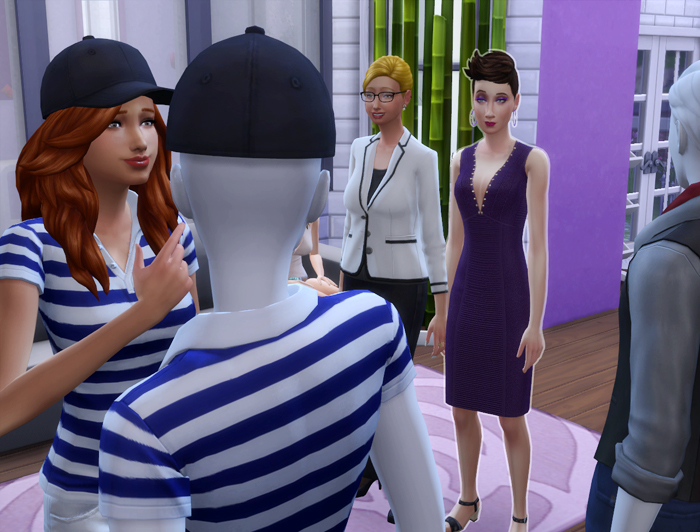 While Kristi was having her hair done, I was wondering what Chris is going to say when he sees the new me. Will he still see me as his little sister always helping him with his homework?

​Not in the dress Kristi made you buy. 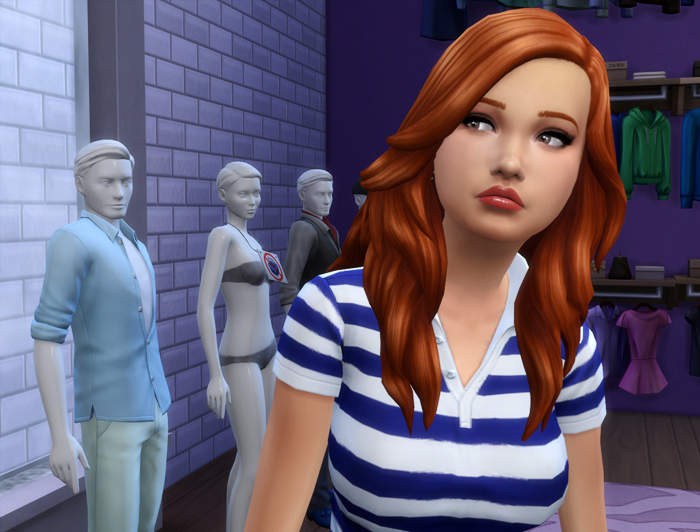 When we were leaving, Andre ran after us. When he caught up with us he asked for my phone number! 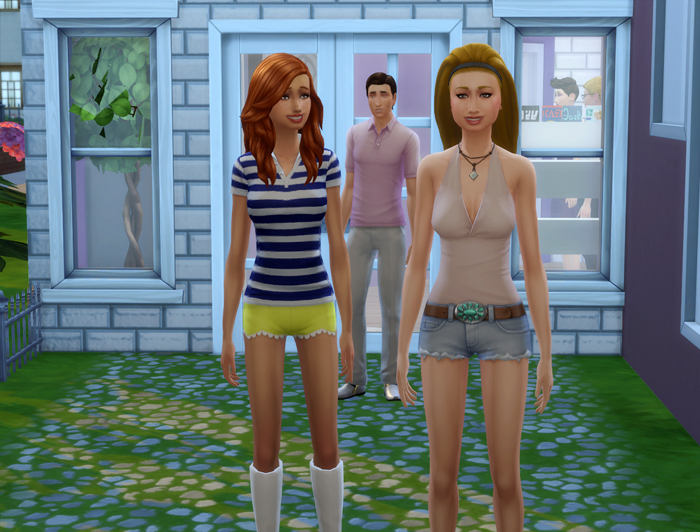 I didn't have to look at Kristi to see her smug face saying, Told you so. 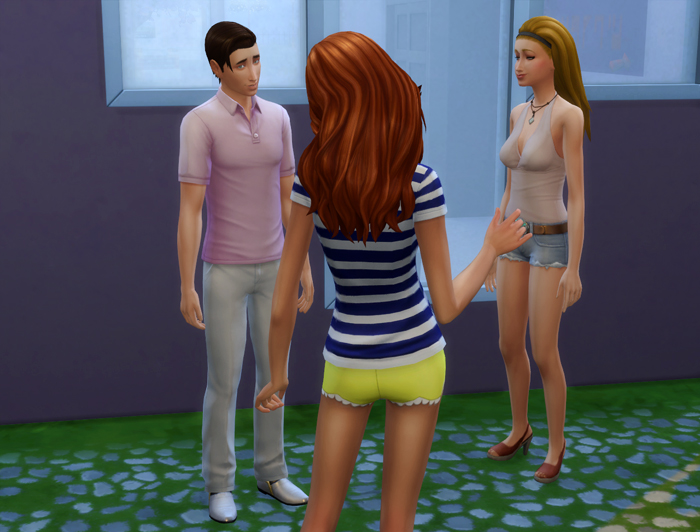 ​When I was back home and quickly changing for the club gathering, I looked at myself in the mirror again. Was I ready to step out of my own shadow? Was it worth it to leave my comfort zone of inconspicuousness and stop being just Chris' ugly sister? 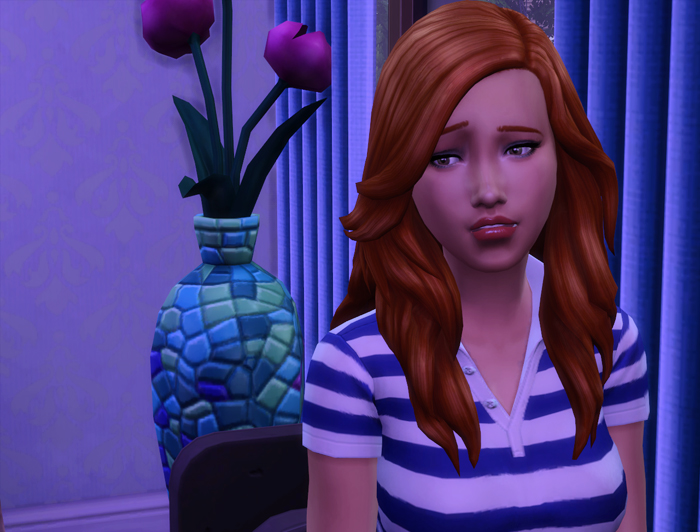 Chris was worth it. I wanted nothing more than him  seeing me  as more than his sister. Just for once. I wanted to be a new girl arriving to town and catching his eye. Just this once. 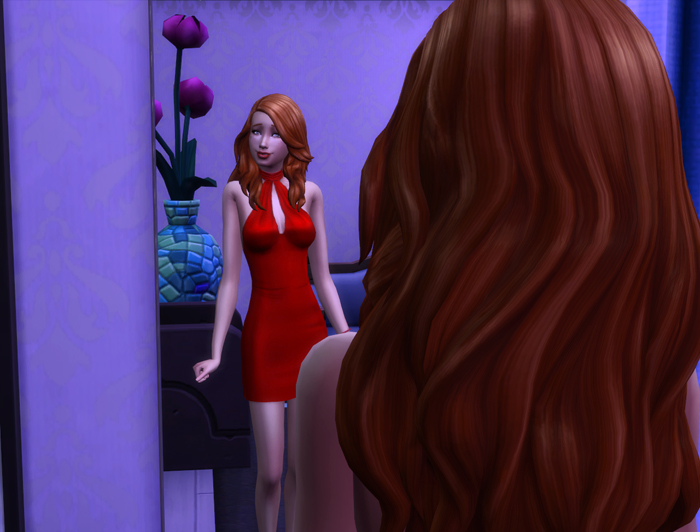