3.37 The Wedding (Part II.)
Tony was still processing what he'd just seen in Ronan's stare when someone cleared his throat behind his back. He turned around to see his son standing there and looking very unhappy. 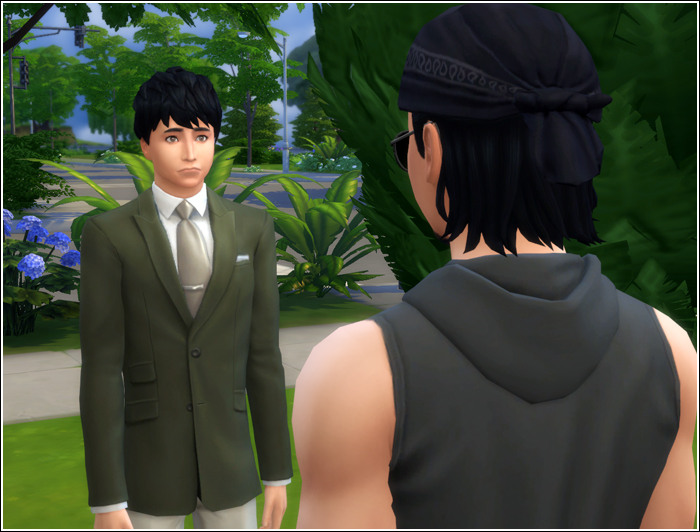 "Why couldn't you and mom make it work? Why did she have to marry him? I don't want him to move in with us. I want it to be you. This isn't fair. Why can't mom love you like you love her? You keep coming back to watch her secretly, yes, I know. You aren't married to another woman. It was her then who didn't want it to work, was it?"
​
Tony grabbed his son's shoulders and shook him. "Son. Look at me!" 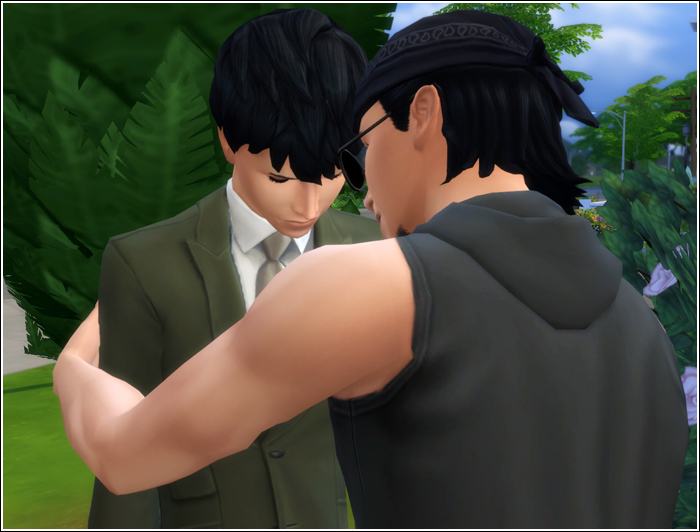 "You can't talk like that about your mom! I thought you understood. Things aren't as easy as you make them sound. Sometimes love isn't enough. You know very well who I am and what I do for living. I can't give your mom the stability she needs in her life. That is why she married Ronan." Tony thought again about the look Beryl's husband gave him minutes ago and for a split second he considered asking Chris to keep a watchful eye on the man. But his son had enough on his mind already. He would not add to his worries. 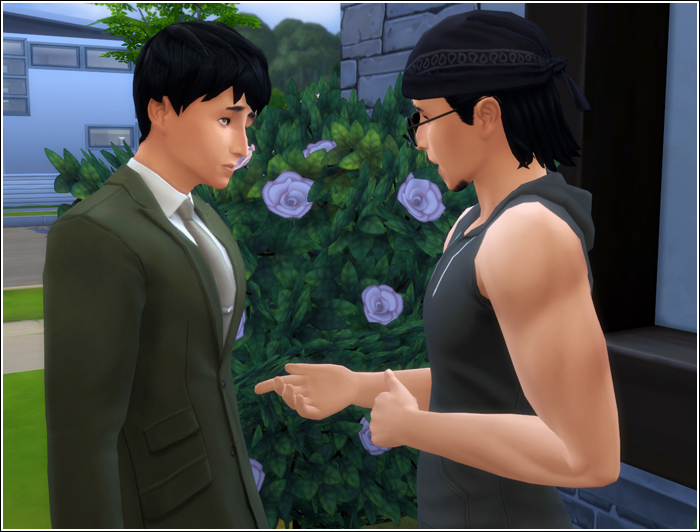 "You don't always get what you want in life, Chris."

"Yeah, I figured that out myself, thank you. And now Kellie is going to Windenburg."

That definitely caught Tony's attention. "Oh. Is she now?"

"Like you didn't you know, dad. She said you gave her the idea."

"I'm not. She joined this exchange programme. She said she wants to put a distance between us."

"I see." She threw my proposal overboard just like that. "How do you feel about that?"
​
"I'll miss her. She'll be gone for a whole year! And now I'll be living with mom and Ronan alone. I'm not exactly all beside myself with joy, dad." 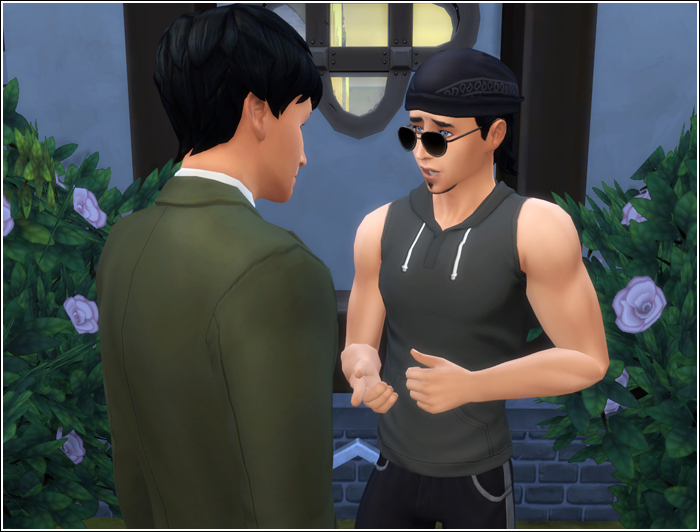 "You can move out once you're eighteen."

"Hardly, if I'm named the heir of the legacy."

"Son. Let me make things clear for you. It is your life and you decide how you want to live it. Not even your mother can force the heirship upon you. If you don't want to be part of it you just move out before the vote even starts. That's what she should have done."

"I'm not sure what I want yet. Being a part of something bigger than you isn't that bad."
​
"Whatever. As I said, it is your decision and yours only. Remember that." 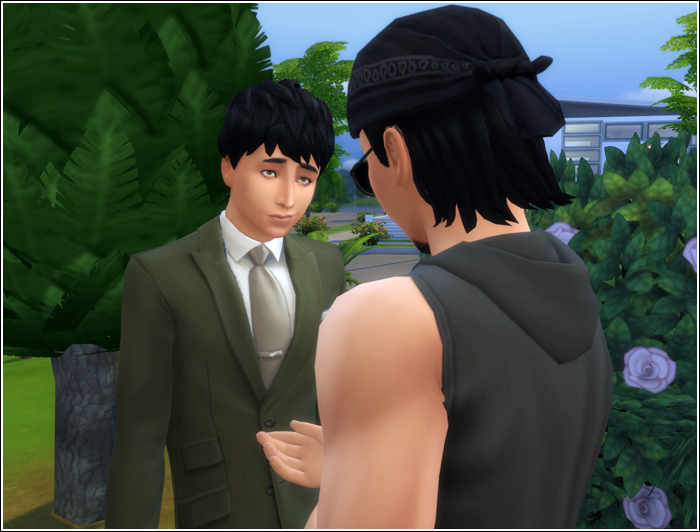 *  *  *  *  *
"Mom, you haven't signed my application form for the exchange programme yet. I need to submit it before the end of the week or I'm not going to Europe. They made an exception in my case because of my grades. They don't take any more students in."

"Kellie, honey, I'm still not sure I want you to go. It's at such short notice we haven't had time to discuss it thoroughly. It's a big decision."

"I already thought this through and I really want to take part in this. And you don't need to worry, I'll be taken a good care of."

"But year is such a long time. If it was only for a couple of weeks I wouldn't object." 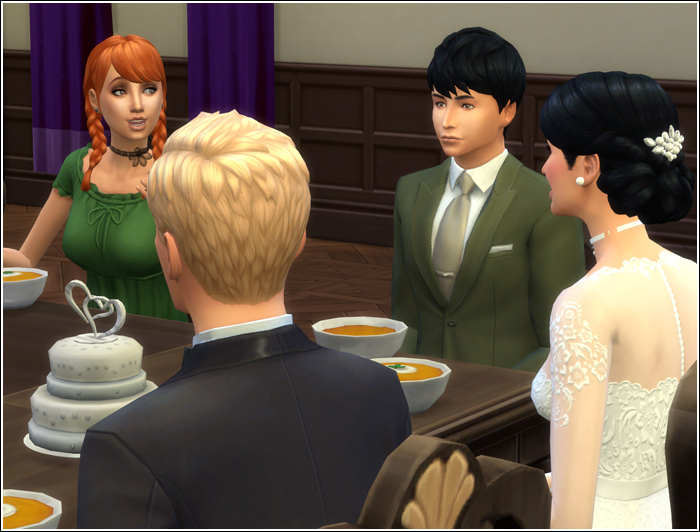 "Beryl, dear, I think you should let Kellie go. It's going to be a good experience for her. I participated in one of these programmes myself when I was her age. It is perfectly safe."

"Thank you Ronan! Did you hear him, mom?"

"Alright then, since I'm clearly outvoted here... Unless Chris wants to add something. Chris?"

Chris only shook his head and continued hypnotizing his soup. 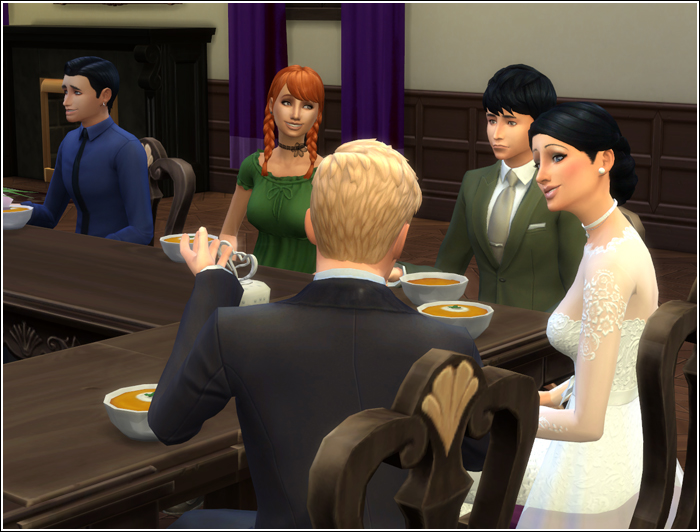 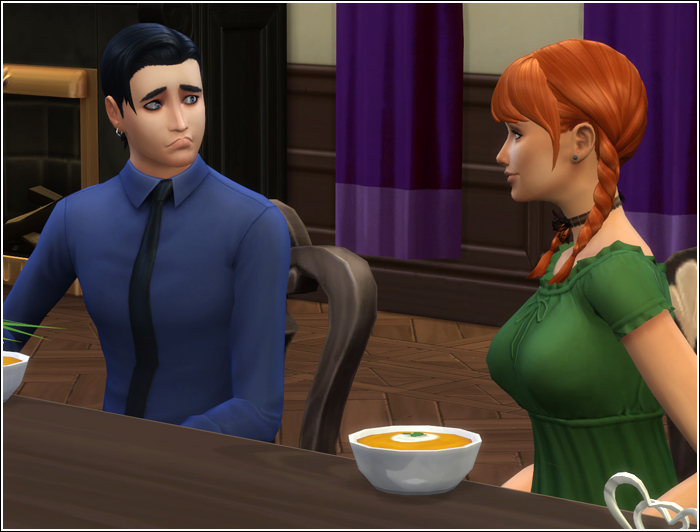 "Can I at least email you when you're in Europe?" 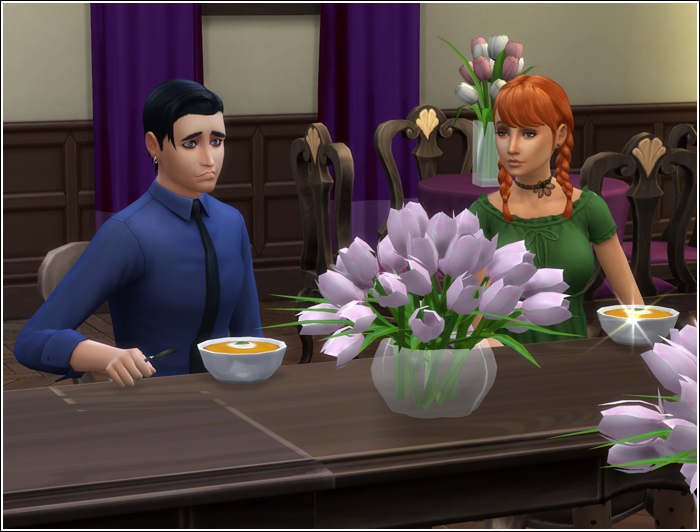 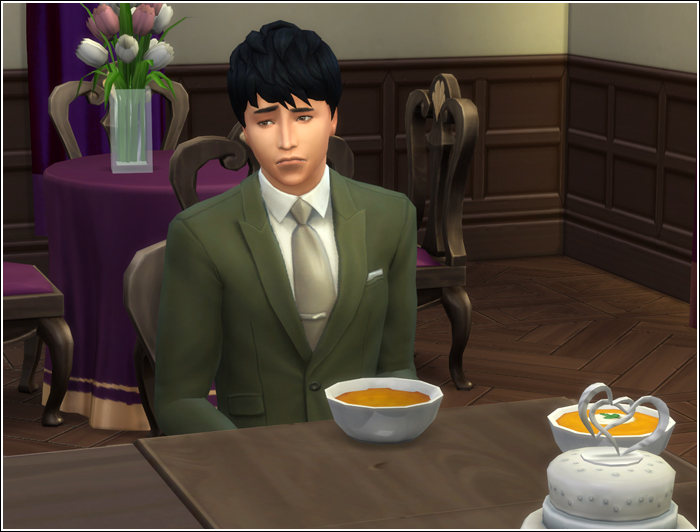 Beryl was standing at the window in now their bedroom when Ronan joined her there.

"I've been waiting for this moment the whole day," he whispered in her ear. "Finally you're mine and mine only." 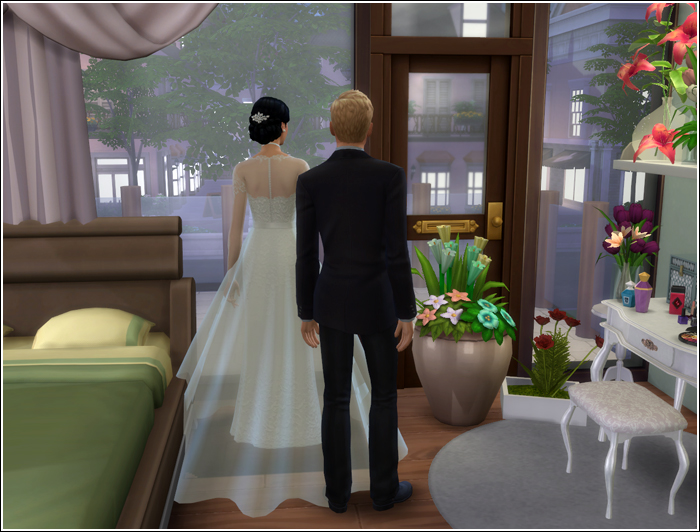 "Who else's indeed," Ronan muttered and started kissing her neck.

Beryl closed her eyes and let him help her out of the dress. 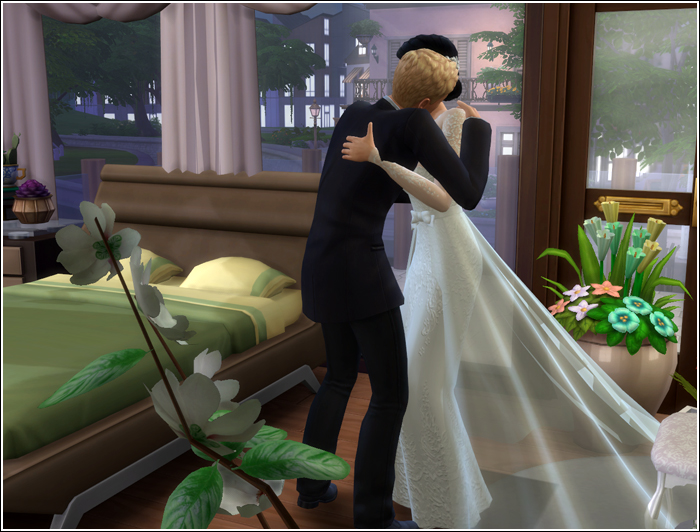 It wouldn't be their first time tonight. They occasionally slept together and Beryl knew what to expect. Ronan was skilled in ways to please her. 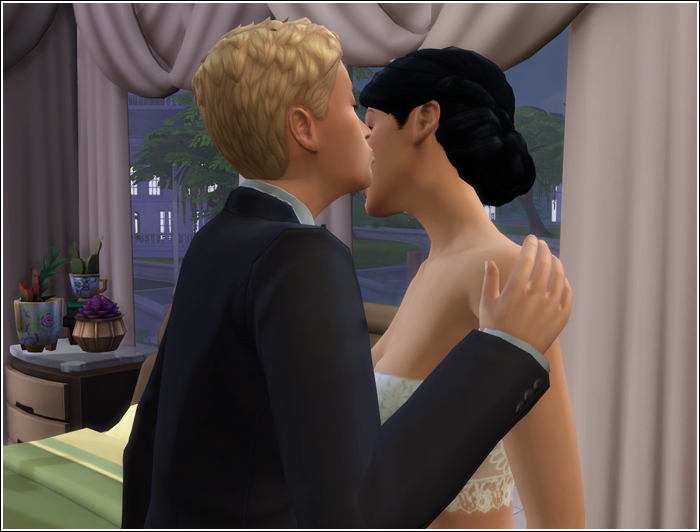 Yet she caught herself being tense and taking very short breaths. 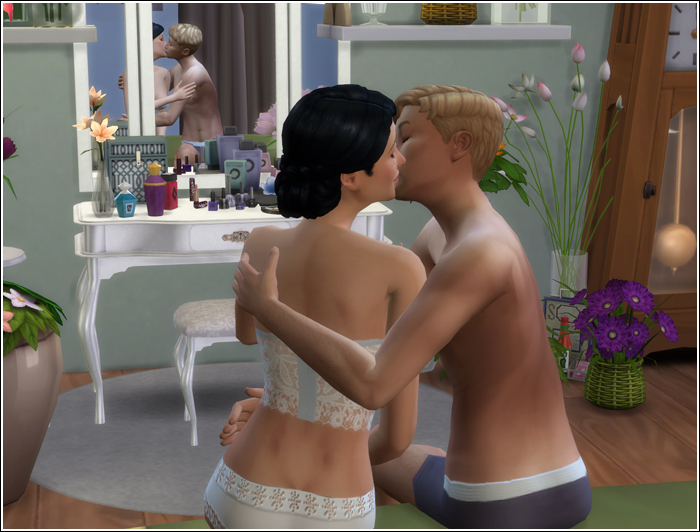 I don't want this, she realized too late, because one can't just get off the train moving at hight speed. 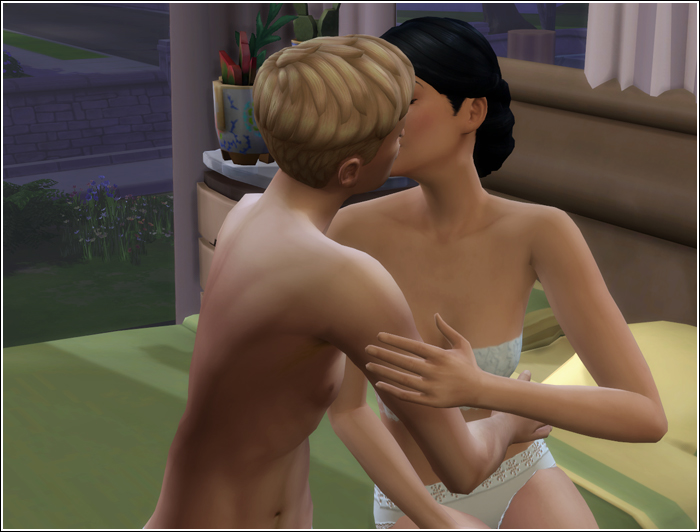 ​
The rest of it wasn't pleasant at all. Has Ronan changed? Or have I? she thought when it was over and she was sitting at the edge of their bed hugging herself protectively. Is it because I was with Tony recently? Is it the reason why I couldn't enjoy it this time? Beryl couldn't decide what was worse. The fact that her wedding night was a catastrophe or that she had to pretend she actually liked it.

She couldn't know this was just a beginning. 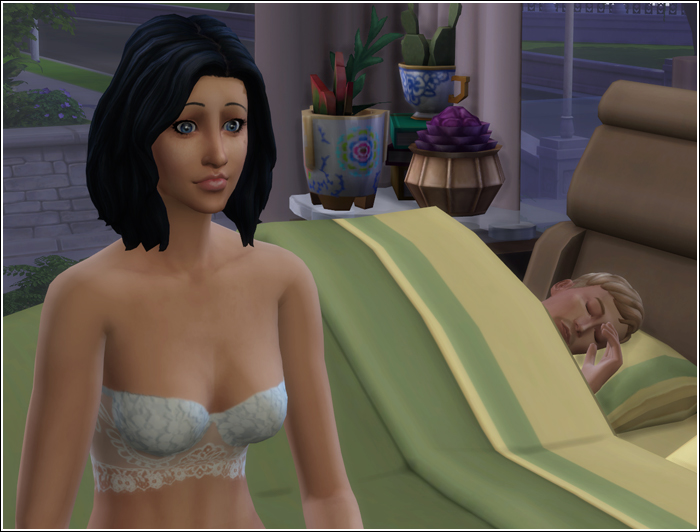