(Alone by Heart)
​3.6 The blasted Heffners
Things went south after Marissa confronted Tony with Beryl's Heffner photo. The last thing she expected of him was to be so passionate about Marissa having invited her family to the party.

She had never seen him so angry and violent before. She had always known him as the man who kept his emotions under strict control and let his actions speak for him. He accused Marissa of revealing the Heffner woman to his enemies and then threw away all caution himself and danced with the woman in front of everyone like there was no tomorrow. And what a dance it was! 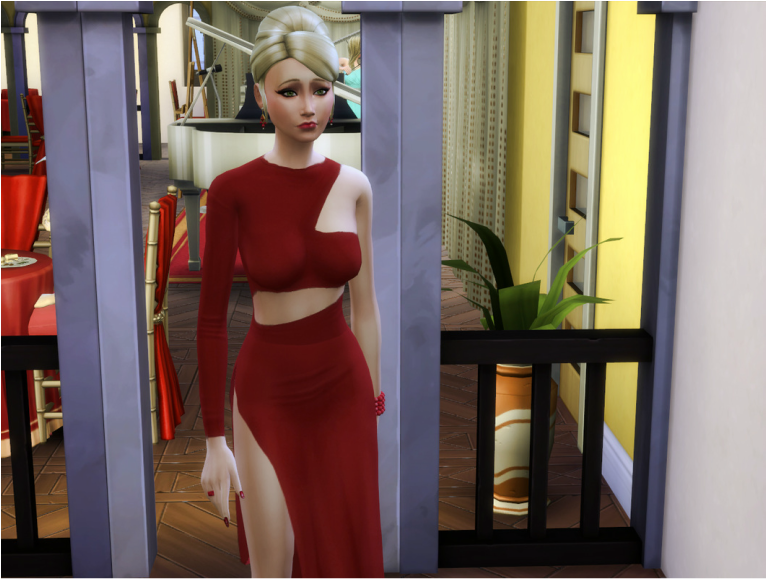 ​Marissa had always dreamt of dancing with Tony the way he danced with Beryl. The dance was more like making love on the dance floor than anything else. Both of them devouring each other with their hungry eyes, their bodies gliding and burning with inner fire.

Beryl stole it from her. She ruined everything.

When Marissa couldn't take the sight of them together any longer, she ran. And that was the weirdest thing, because Marissa never ever in her life had to run away from anything. 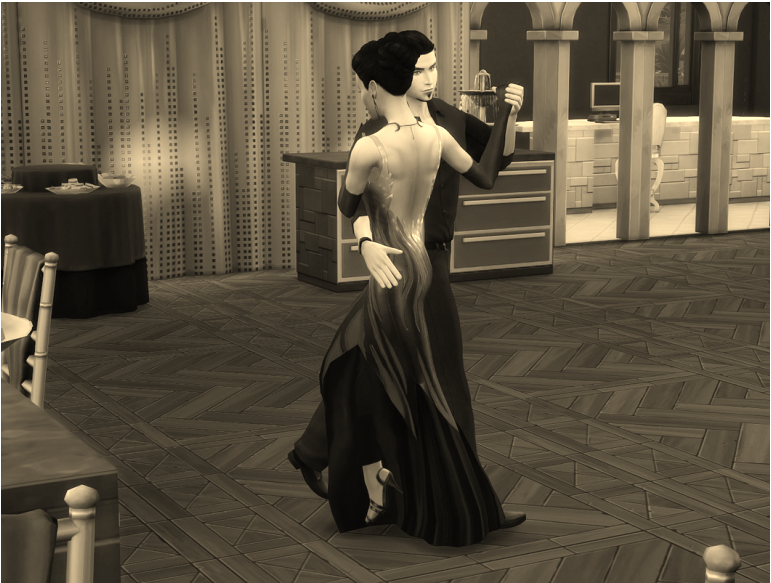 She ran to the balcony that overlooked her lovely garden. She breathed in the fresh air full of the sweet scent of her favourite flowers and tried to regain her composure. Think, Marissa! There must be something you can do to salvage your relationship with Tony. Or to destroy that Heffner woman, she was telling herself.

And to make things even worse, Beryl and Tony entered her precious garden below. At first Beryl was angry with Tony, but soon their argument turned into kissing. Tony radiated so much passion that Marissa had always believed lay behind the carefully controlled facade of his. The passion she always dreamt of being unleashed upon her, not Beryl Heffner.

There was nowhere to hide from the truth. Tony have never loved her and never will. And so Marissa stood there gritting her teeth, tears running down her face and watching her dream being taken away from her by that Heffner woman. 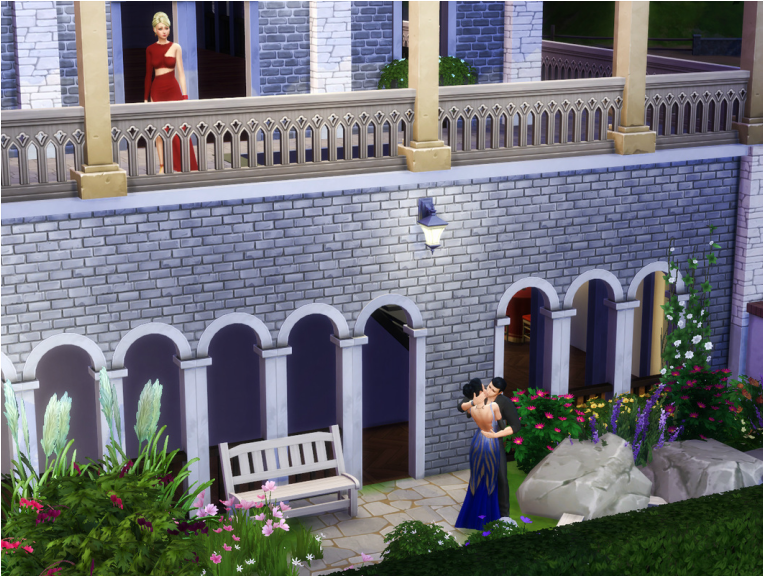 Bradley: "Uhm... Hello. I've been looking for you, Marissa. Are you alright?"

And then this... boy... came upstairs and caught her in a private moment of despair. 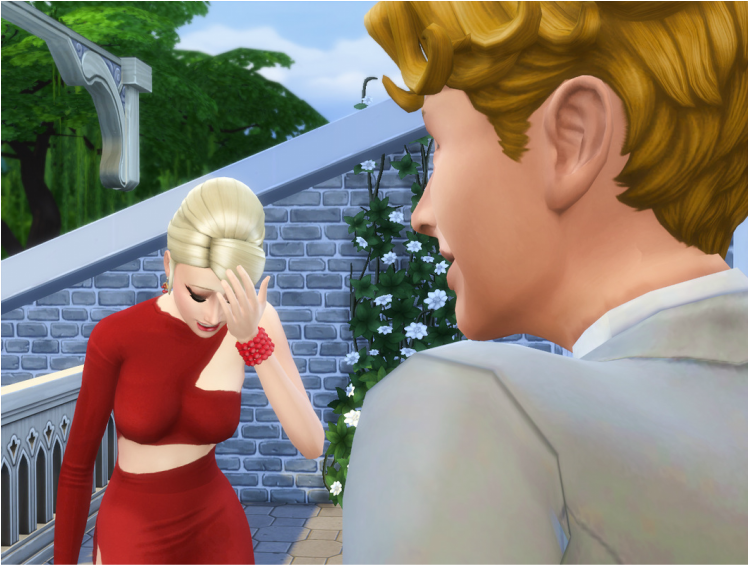 She realized he was one of the Heffners. And he had the gall to adress her as if they were old friends, and then he even attempted to flirt with her clumsily, while his blasted sister was kissing Tony down there. 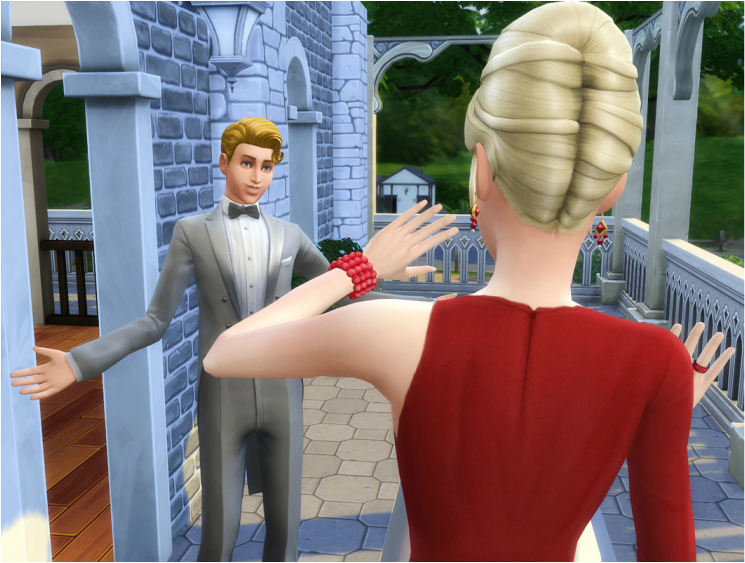 "Are you stalking me?" she hissed at him. "You think I'm interested in such immature boy as yourself? Get lost! I wish you all blasted Heffners were dead!"
​ 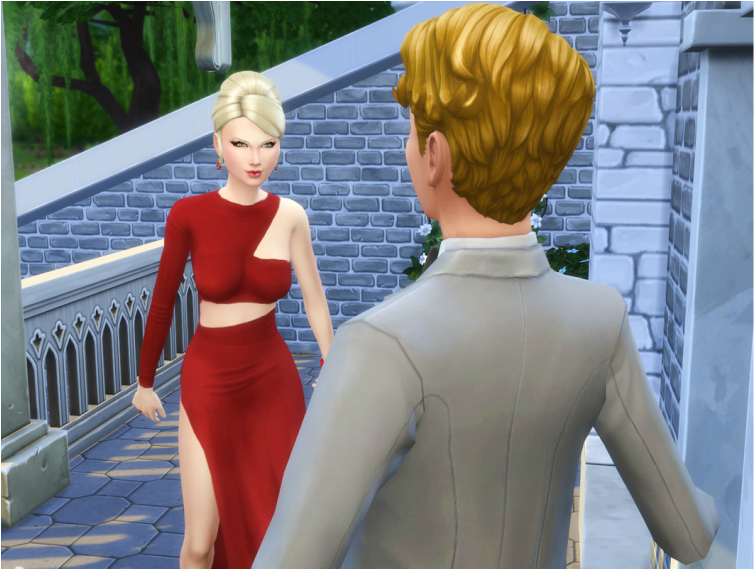 ​There. She crushed his spirits. That will teach him to sneak upon women like that. No one deserved to be happy tonight when she couldn't be. 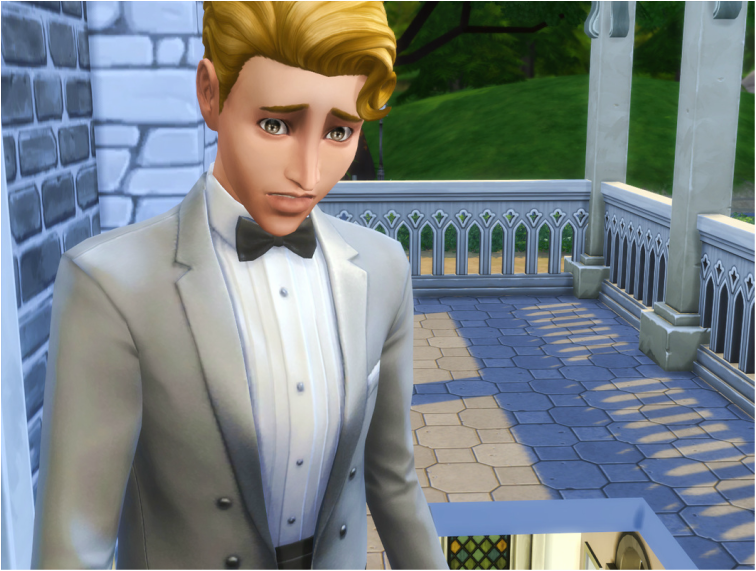 *  *  *  *  *
​
Brian happened to be on the same floor and coming out of the bathroom, when his twin brother Bradley was getting his unjust deserts from Marissa. 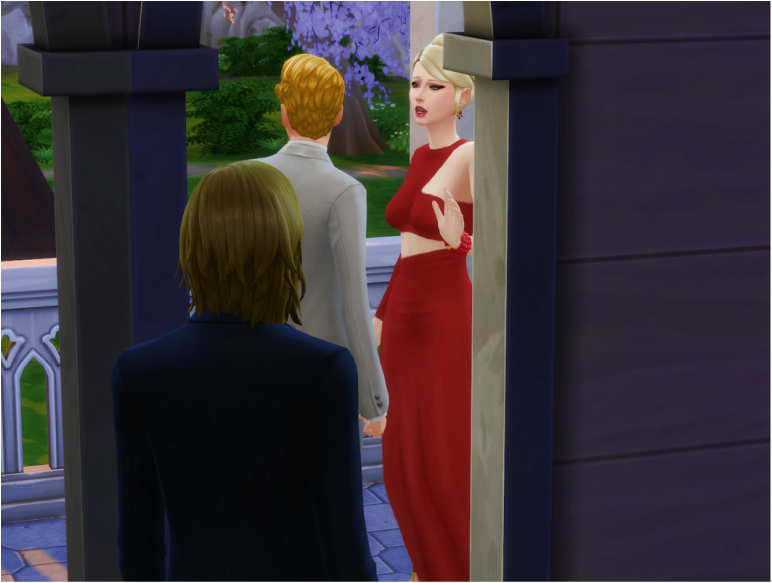 Bradley: "I suggest you don't go anywhere near that woman. She's crazy."
Brian: "That must have really hurt."
Bradley: "Yeah. But I'll live."
Brian: "I wasn't talking about you, bro."
Bradley: "Whatever."
And with that Bradley was gone. Probably to get a liquid cure for his embarrassment at the bar."
​ 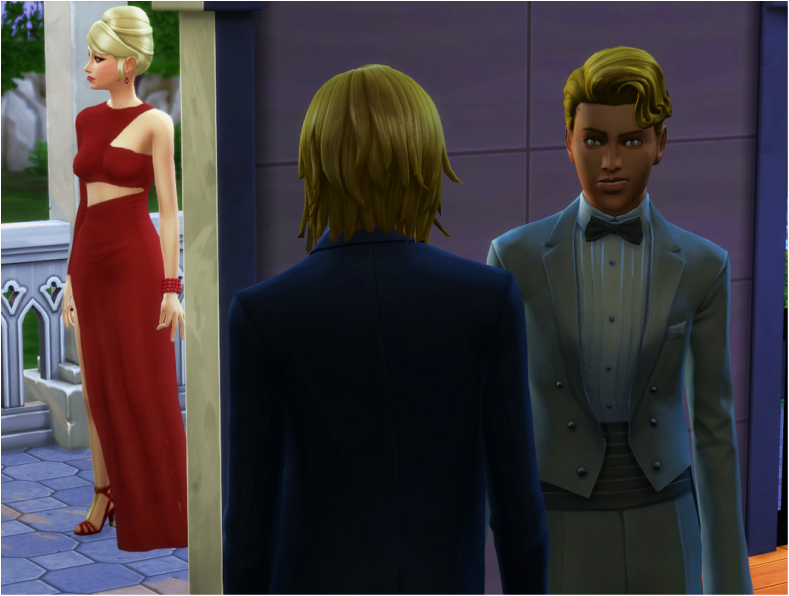 Brian slowly stepped onto the balcony. He glanced down through the railing and saw his sister in the arms of a man he didn't know. The couple was oblivious to their surroundings. But the glance was enough for Brian to grasp the situation. "It will pass, eventually," he said softly to Marissa's back. 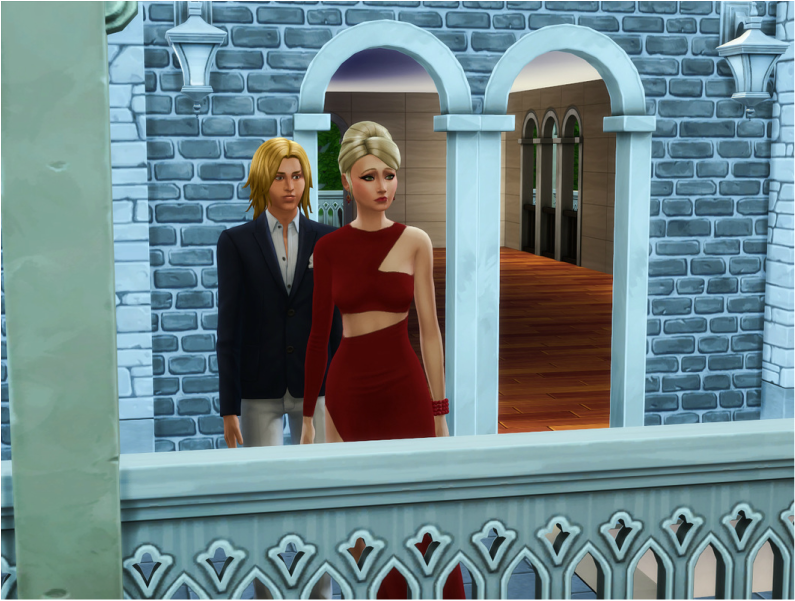 Marissa: "What? Oh no. Another Heffner. Can't you guys just find someone else to bother? You are like an oil stain. So difficult to get rid off."
Brian: "The pain. It will pass, I promise." 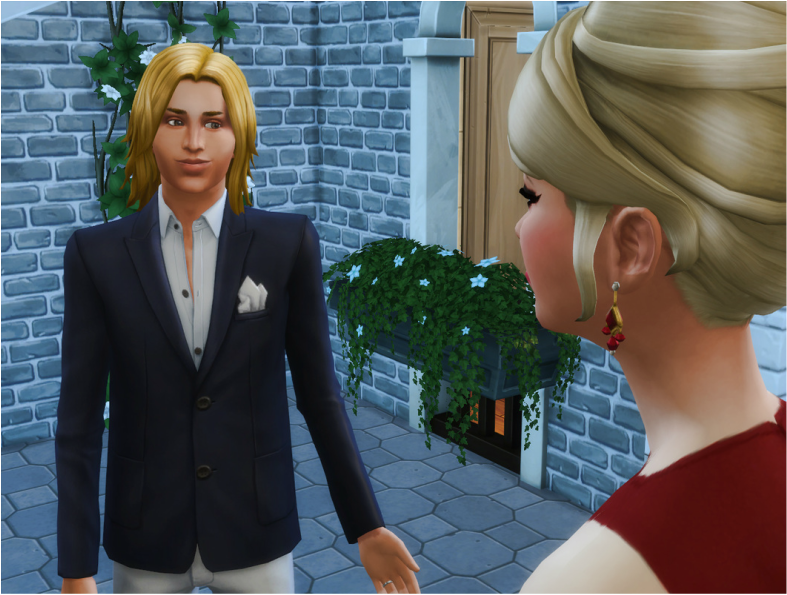 Marissa: "What do you know about pain, Heffner?"
Brian: "I know it makes people sad and angry and then they say things they don't mean."
Marissa: "Oh, the stuff about me wishing your family be dead. I assure you, I meant every word. Especially your sister should die a horrible death for stealing the man I love."
Brian: "How could she steal something you so evidently didn't have in the first place?"
Marissa: "You know nothing about me, so be gone." 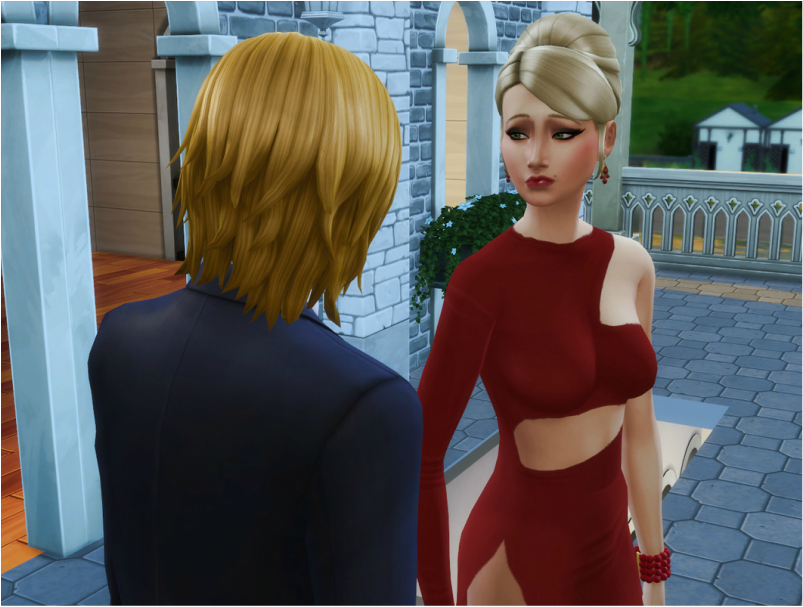 ​Brian: "You're right, I don't. But I know everything about my sister. I know she fell in love with a stranger who left her with a baby and never showed up again. I know she loved music and could have become a great musician. Instead she gave it up to raise her child. If the man down there is the father of her son, he sounds like an irresponsible type to me. And eventough I shouldn't say anything bad about him, because he allegedly saved my life when I was a baby, I still think my sister and you deserve a better man than him."
Marissa: "Are you done? Can you, please, leave me alone now?"
Brian: "Okay. But I leave my phone number here, in case you needed someone to talk to. Just talk, nothing else. They say I'm a good listener."
Marissa: "Are you still here, Heffner?"

He gave her a small smile and left. There was nothing more he could do here. Only time will show if the little seed of kindness he planted today will thrive or wither. 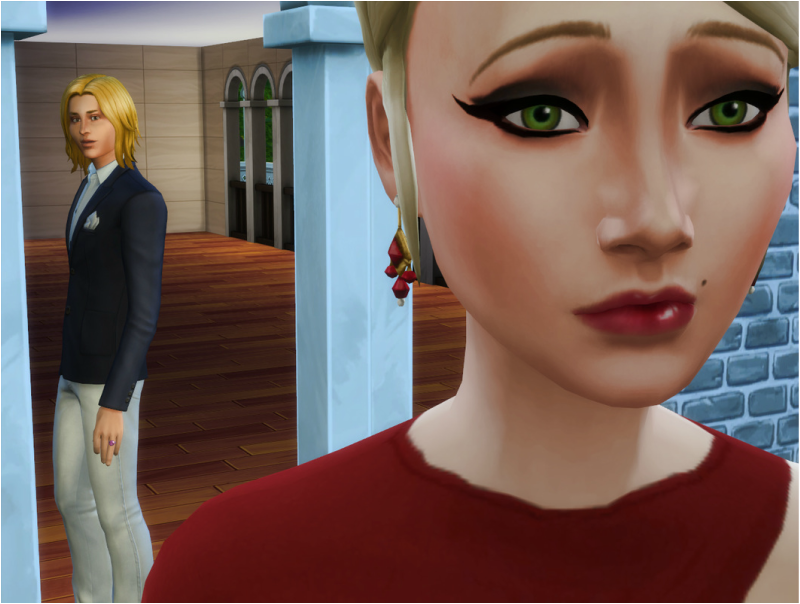