Chapter 2.8
There were many things Tony wanted to say, when he saw Beryl in her cosplay outfit, but he managed to cut it down to six words:
"You do not need the sunglasses." 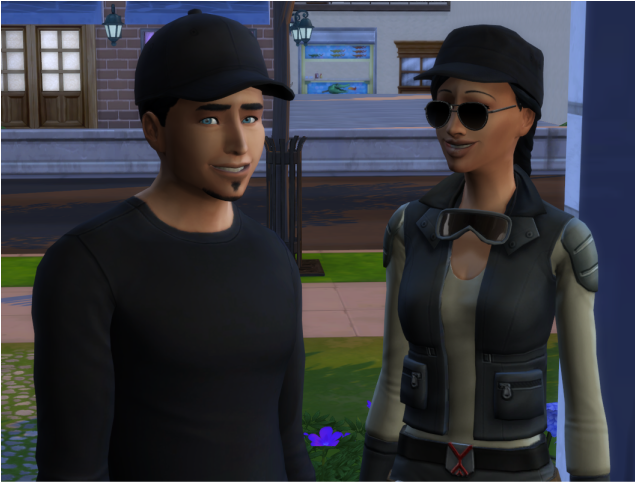 And then he just turned away and strode to his car, leaving Beryl speechless.
Seriously? She'd spent almost half a day deciding what to wear and he can't even appreciate it? What an impossible man!
​She huffed and ran after him. 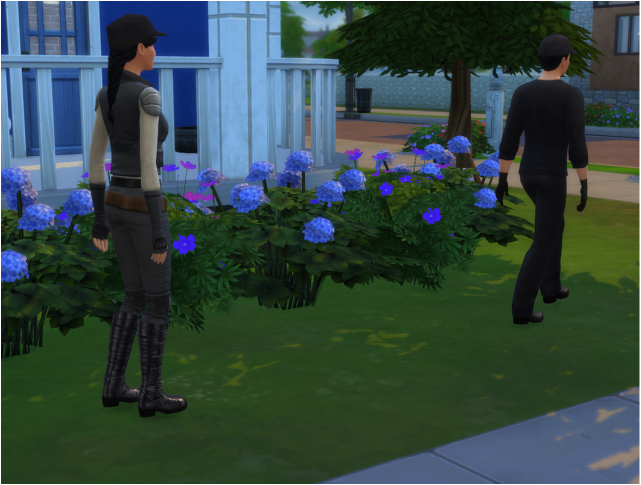 They went to Oasis Springs. Beryl had never been in this town and when she saw the landscape she didn't regret it.  Not long after they'd arrived their clothes and hair were covered with fine layer of sand. The damn thing was getting everywhere.
They left the car parked in the town a walked the rest of the way to a trailer-like house outside the town.
Mr. Corleonesi explained this was the place where Beryl's brother was held. He also told her he'd seen three people coming in and out, last time he'd checked. Then he ordered her to stay hidden behind the rocky formation and was ready to go on his own to retrieve the baby... 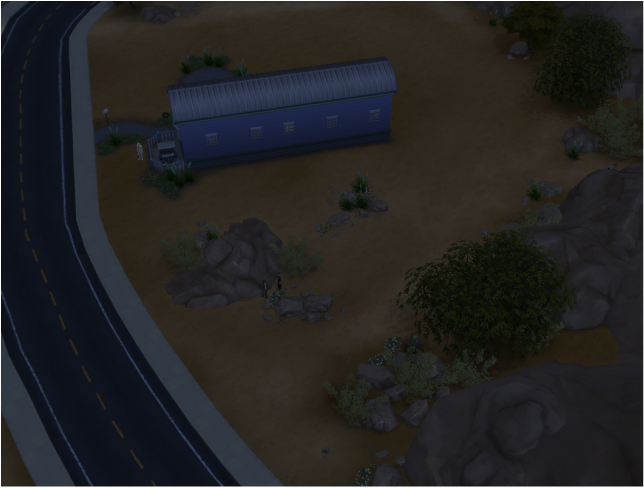 Beryl: Wait. Is that a gun? 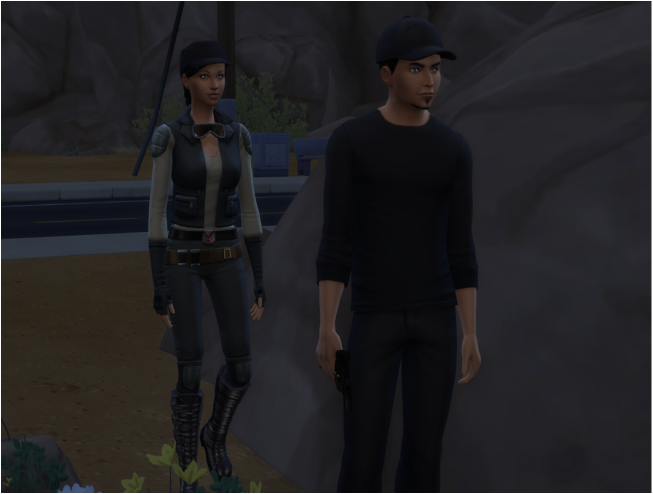 Tony: Of course it's a gun. Did you expect me to go there carrying a bucket of flowers? 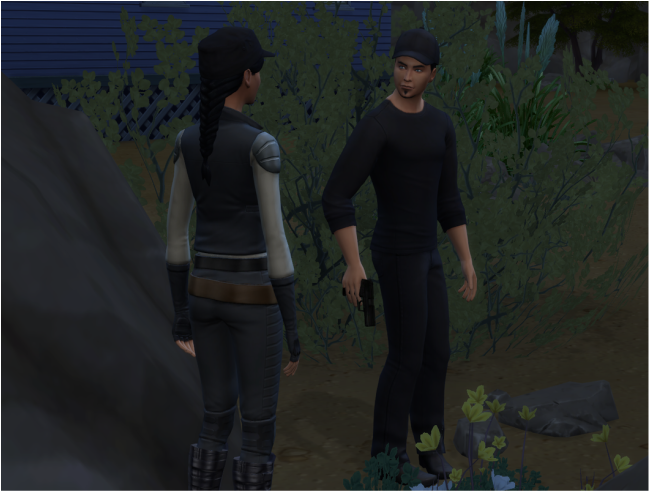 Beryl: I... uh... no. But you can't just go there and shoot everyone. They should be brought to justice after we have saved my brother. I thought we would trick them or something. Lure them away and grab my brother and run. 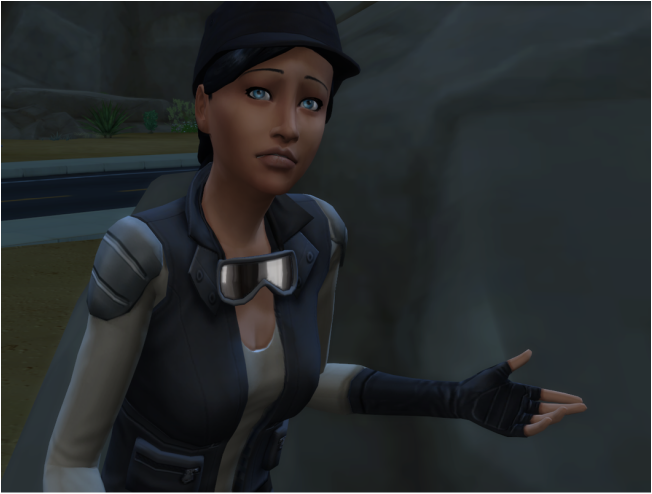 Tony: I don't do tricks, miss Heffner. And I NEVER run. 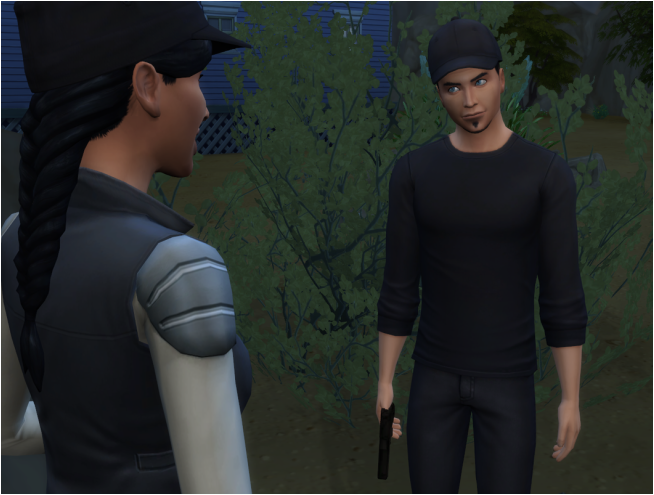 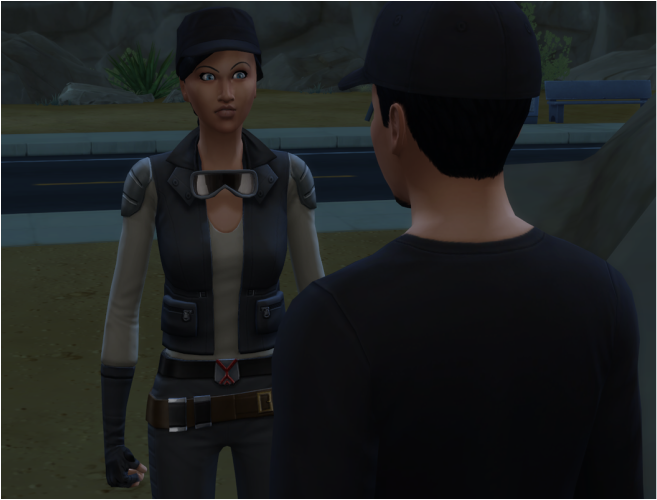 Beryl heard footsteps coming from the direction of the trailer-house and quickly ducked behind the large rock.
"It's her! It's the maid!" she whispered excitedly, watching two people coming out of the house and stopping near its side. "But who's the pale guy?" 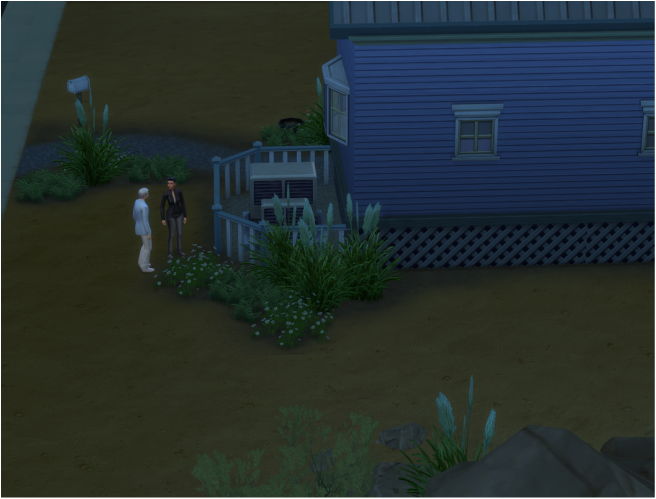 Tony: "Hm... I haven't seen him around last time.  I thought she's the mastermind, considering the two other guys are just muscles and no brain. Let me take a closer look at the pale guy. He looks familiar."
Tony pulled binoculars from his backpack. 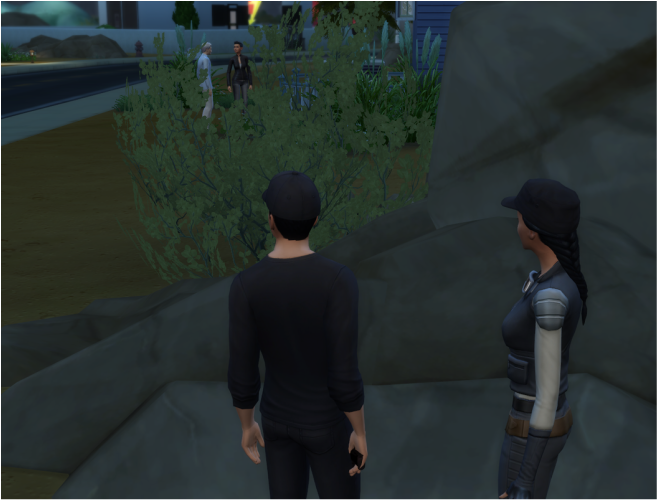 Tony: "Well, well, well, what a surprise. I believe I have met you, Mr. Albino."
Beryl: "You know him?"
Tony: "I think I did some business for him long time ago."
Beryl: "Let me guess. Kidnapping?!"
Tony: "Not at all. It was something I like to call an aquisition of property."
Beryl: "You mean theft."
Tony: "You are too quick to judge, Beryl. I might get into trouble for helping you, if this man finds out who disrupted his operation."
Beryl: "Helping is for free, Tony. We are doing business." 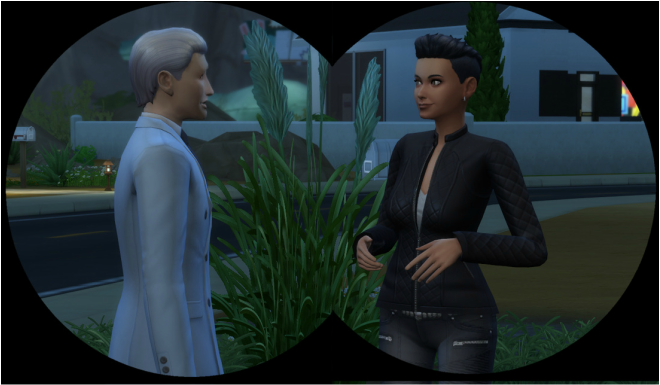 Tony: "Whatever. Looks like he's giving her instructions. Yes, he's definitely the one in charge." 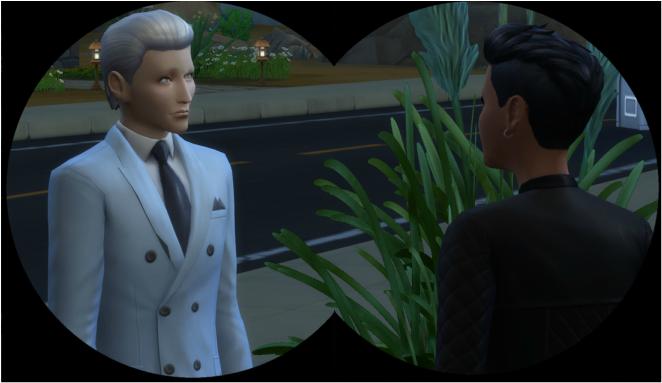 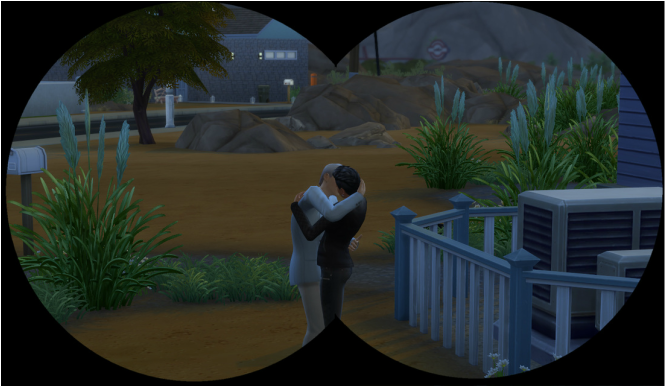