3.16 Club Wars
Kellie felt like someone had put a curse on her. First there was her birthday during which grandma Babs died. Then her first day of high school when she managed to embarrass herself in front of everyone because she mistook the history teacher for a student.
Kellie also didn't like her looks much. Especially the hair colour. It was screaming I'm not true Heffner. She wished for the same black hair and blue eyes Beryl had. She even attempted to dye her hair, but Beryl found out soon enough to stop her. 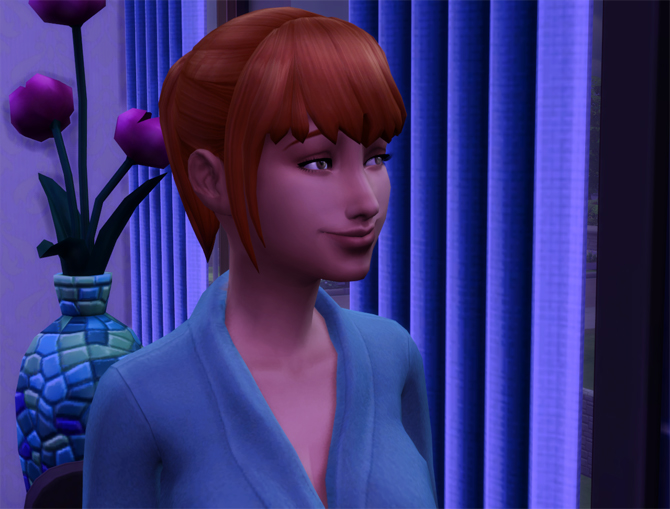 ﻿
At least she had her own bedroom now. It used to be Beryl's, but she moved to the master bedroom, after grandma had died. Kellie redecorated the room to her liking and had more privacy. Ironically,  she also felt more lonely.
​ 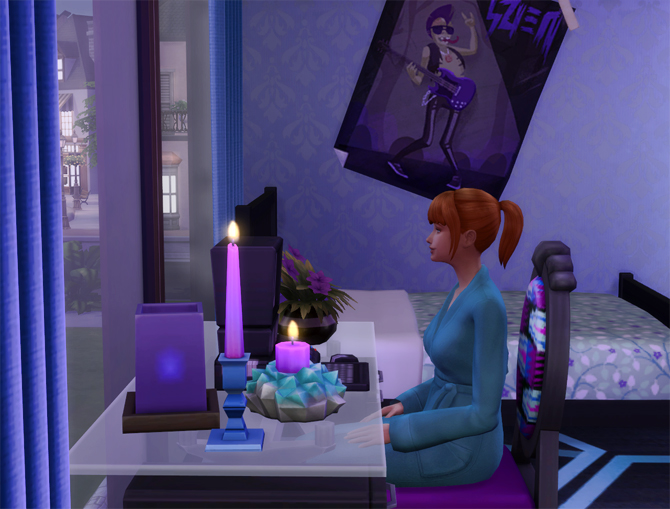 ​
Her relationship with Chris changed. He was now a leader of his own club, one that has become very popular. He saved a spot in it for her, which was great, but with so many friends around him, their childhood friendship ceased being exclusive. All in all, Kellie wasn't very happy teenager. Her world has changed too much and she wasn't fond of changes. She wished things remained as they had been, just her and Chris against the world, or at least against the Caliente boys.
​ 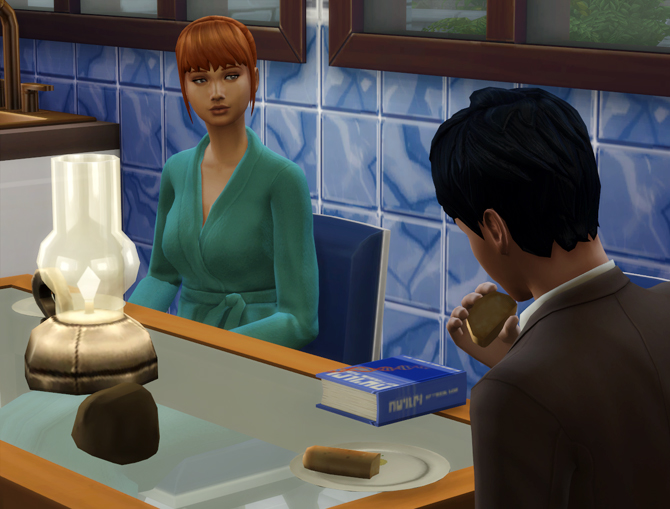 Her brother also started working out a lot. If Kellie wanted to spend more time with him, she had to adapt. So she did. Since he hit the teenagehood Chris had an aura of grim determination about him and Kellie had no idea where it came from. Coincidentally, it also made him a great leader of his club. He was giving an impression he knows what's he's doing. Other teenagers seemed to follow him happily. And Kellie had to admit to herself that she would follow him to the end of the world too. 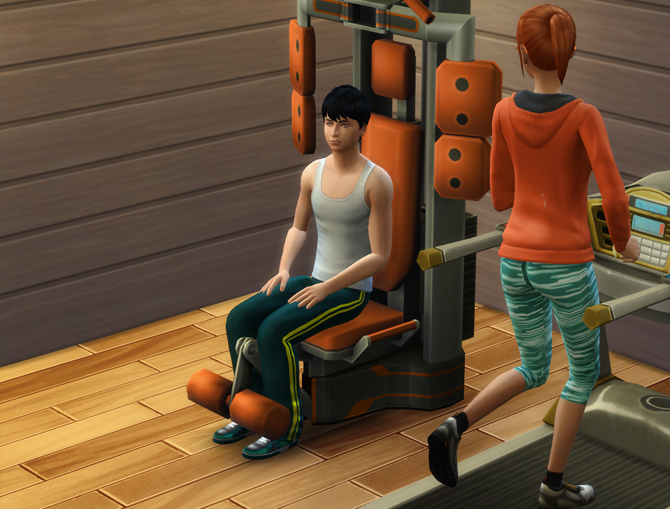 If she were honest to herself she'd also had to admit that the club had brought her new friends. Such as Kristi Fogel. Kristi joined the club solely for one purpose. Chris. She had a major crush on him. Anytime he was nearby, she started talking and talking like her life depended on how much words she spilled out per minute. 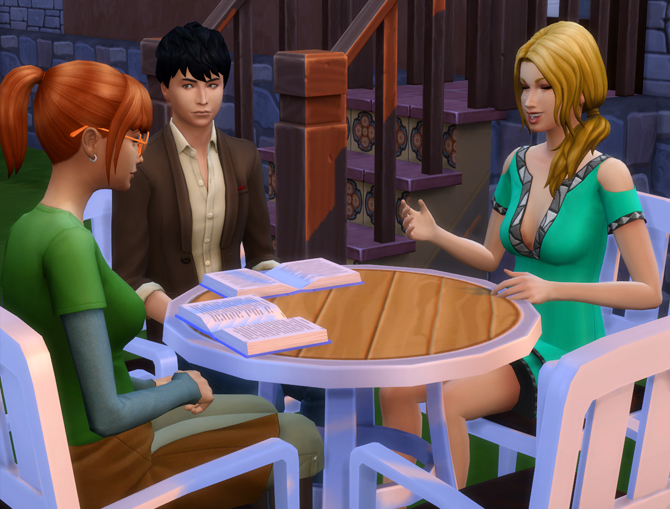 Chris obviously was unimpressed by her chattiness. However, Kellie liked Kristi. She was the only other girl in the club. Who else could she talk about boys with? Well, it was mostly Kristi talking about Chris, but Kellie didn't mind. Listening to people talking nicely about her brother made her proud of him. 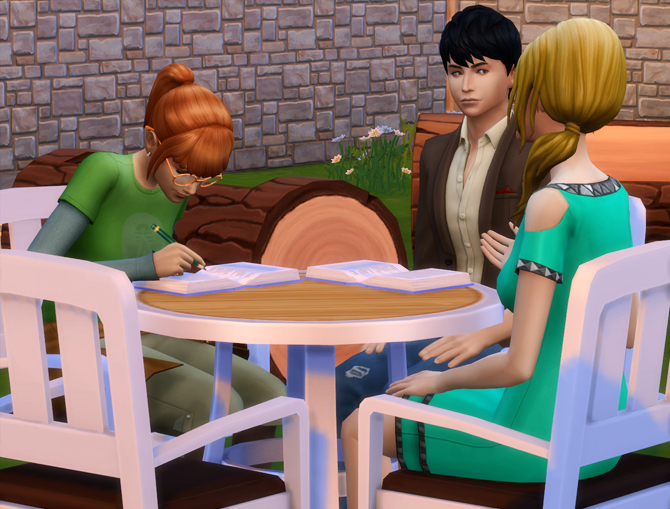 The main reason for starting a club though was gathering allies against the bullies, the Caliente brothers in particular.
Chris was constantly getting into conflict with Max, but mostly he managed to face him with calmness and withstood all insults Max threw at him. 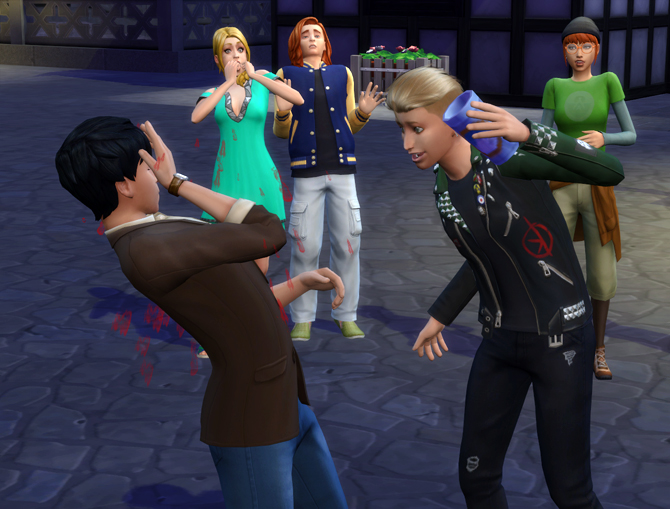 Chris: "Is that all you've got, Max? Few droplets of juice?"
Max: "Have you found your evil daddy yet, Heffner?"
Chris: "It's not even funny anymore. Aren't you afraid my evil daddy is going to pay you a visit one night and slit your throat?"
Max: "Nah, cause I know he only banged your momma and was done with both of you."
Raven: "I'm bored, Max. Can't we go break few windows or steal a car?"
​ 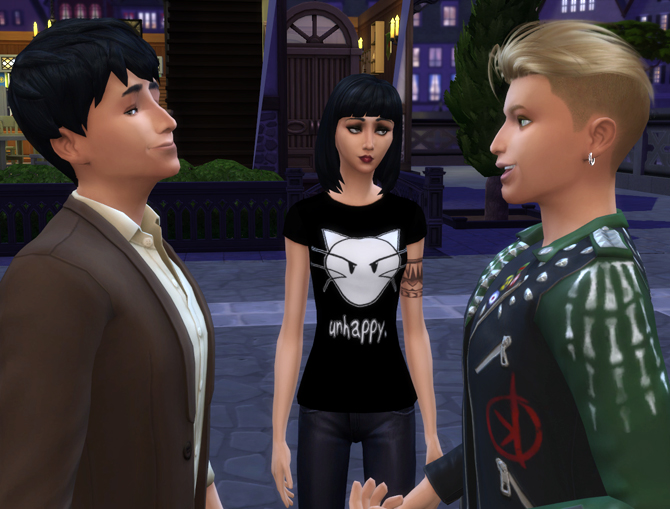 Unfortunately it turned out that Kellie was Chris' Achilles heel.

Max: "Well, well, well. What do we have here? A new face. Is that your little sister, Heffner? I didn't think it possible she could turn even uglier. Seems I was wrong. Taking her for walkies?" 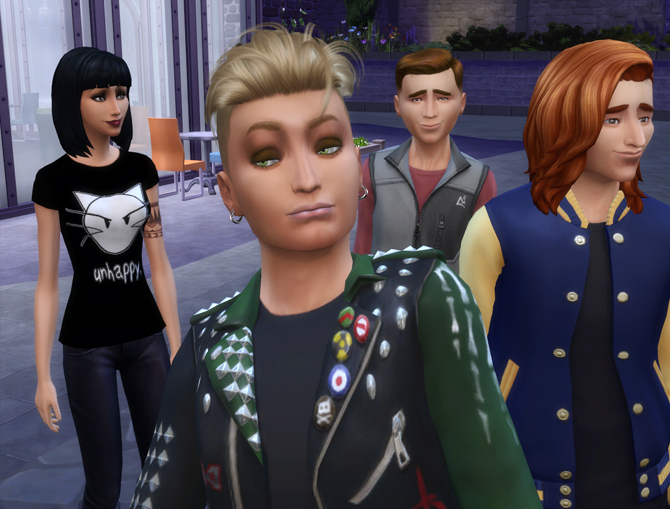 Chris: "Just shut up already, Caliente."
Max: "I could introduce your sister to the real men here. I'm sure one of them would offer himself to make a woman out of her, if she begs nicely, hehehe." 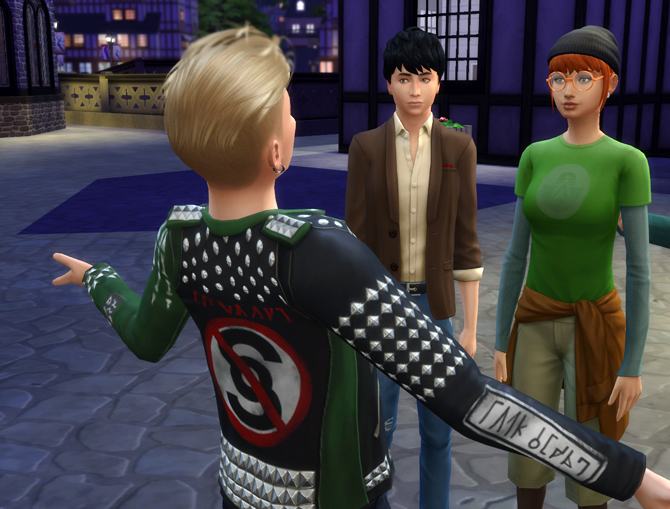 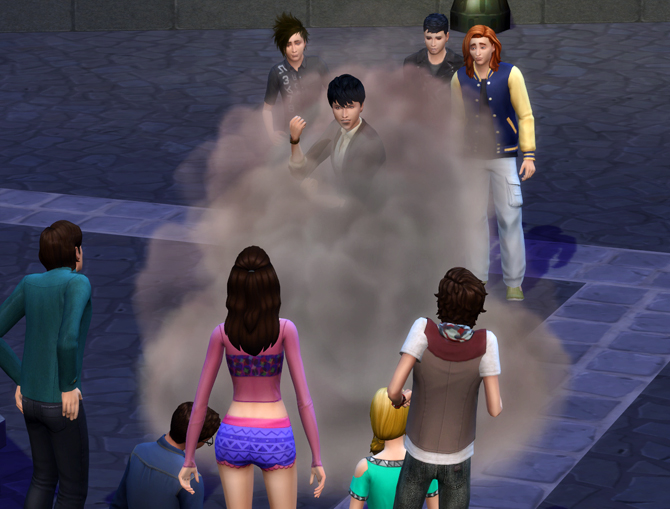 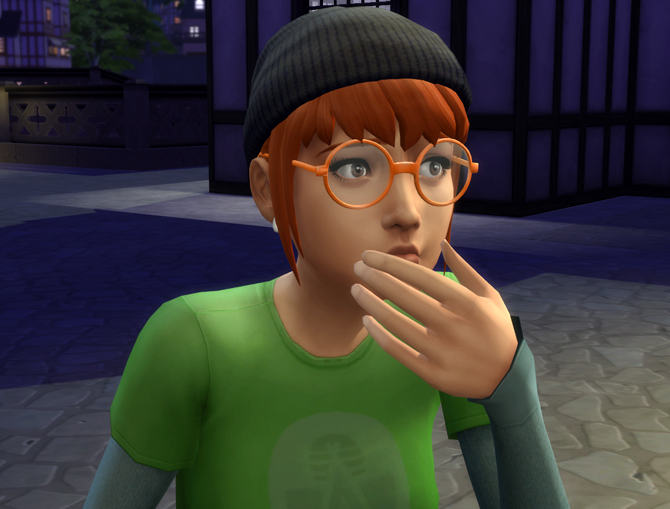 Kellie hated herself for indirectly causing Chris to lose it. Maybe I should leave the club, she thought. I don't want him to get hurt. 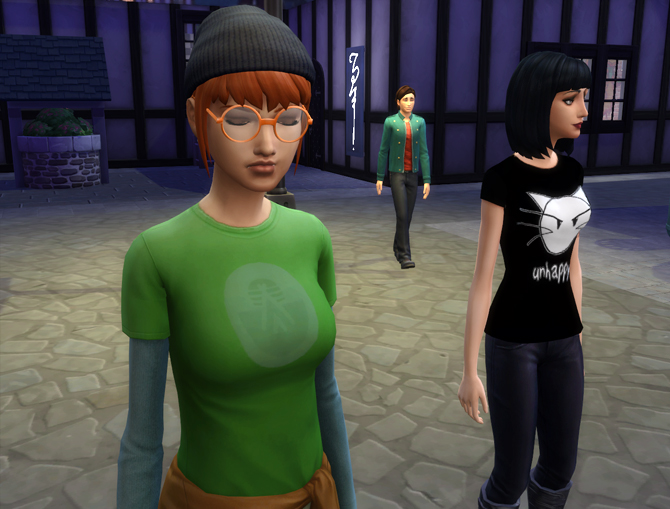 She closed her eyes not to see the fight. But accidentaly overheard Raven Nightshade talking to her brother.

Raven: "I hope you didn't mean it, Thomas. The idea of you touching the girl who can't even dress fashionably is extremely repulsive."
Thomas: "There's nothing wrong with her body, though. And I don't know how about you, but I don't wear anything in bed."
Raven: "Still, she looks unclean to me."
Thomas: "I wouldn't mind taking her to the shower first."
Raven: "You're impossible, brother." 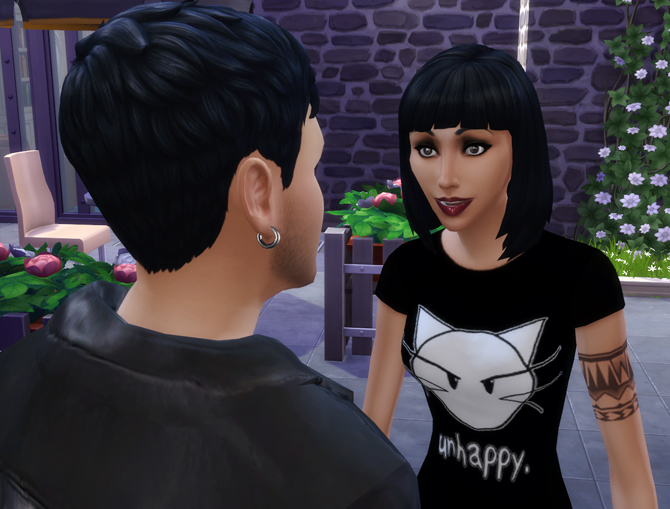 Thankfully, Chris won the fight and Kellie could breath out with relief. She's going to talk with Chris about this. It was nice of him to defend her, but it wasn't worth getting his nose broken or worse.
​ 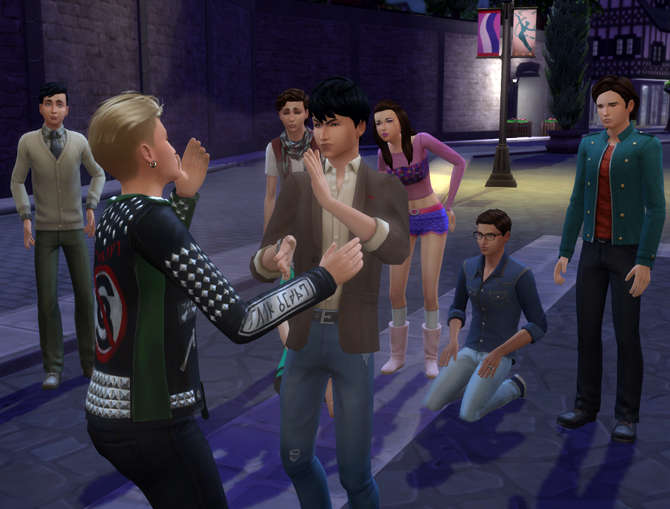