(The Longest Day of My Life by Damnation Angels)
​
3.5 Somewhat serious conversation
​
Beryl: "What are you doing, Tony?!"
Tony: "Taking you some place we can talk. Isn't that what you've wanted?"
Beryl: "I can walk on my own." 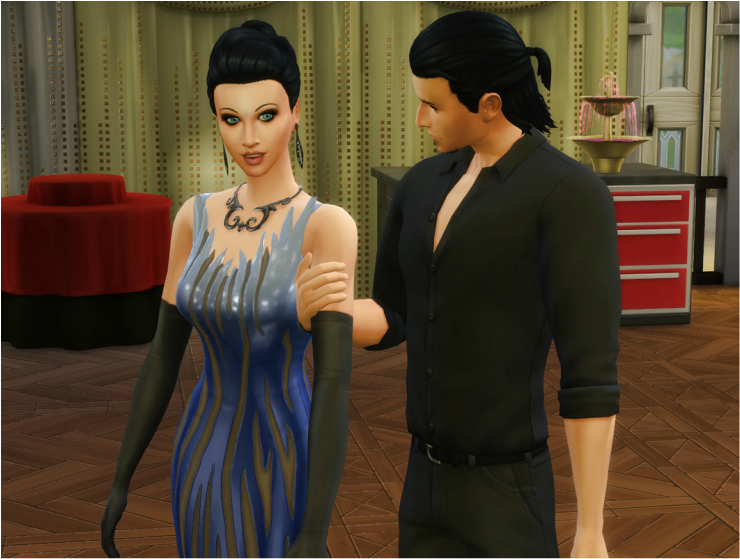 Tony: "No guests should run into us here." 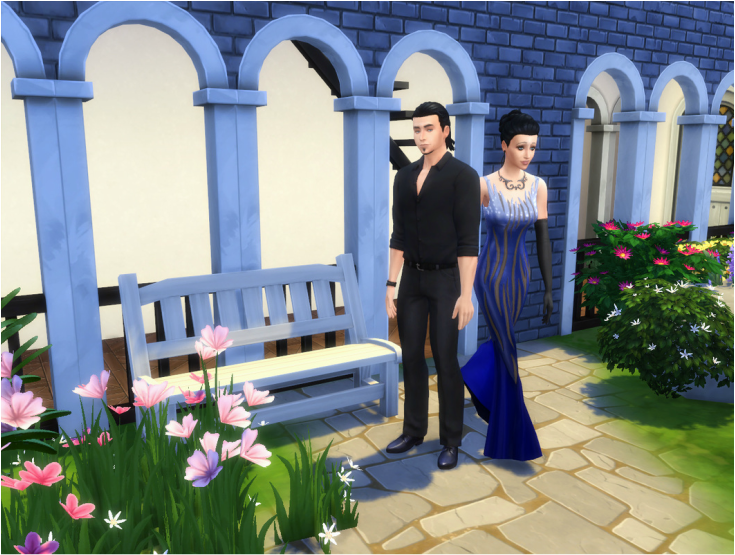 Beryl: "You seem to be very familiar with this house."
Tony: "Yeah. I used to work for its owner."
Beryl: "Used to?"
Tony: "Last time I worked for him I didn't finish the job. I didn't bring him the collector's piece he wanted. You might remember a certain knight armor."
Beryl: "Yes. About that. Did you know you would destroy my family legacy had you taken itaway? I just recently learned how important that piece is. Without it there would be no legacy."
Tony: "I had no idea, I swear. Michael collects them, he has at least ten pieces."
Beryl: "Ten families destroyed. That's awful!"
Tony: "I always thought there was more behind his obsession with these, but I couldn't figure it out."
Beryl: "Because only the heirs know. Maybe he was one once. And how does that woman, Marissa, fits into all this? She said she's your girlfriend."
Tony: "She wishes. But we were never more than friends. She's Michael's daughter. I was always treating her with respect."
Beryl: "Didn't look that way when I saw you tonight."
Tony: "Because she found out the truth about you and me. And she dragged you here!"
Beryl: "Oh. So you haven't been with any woman since... us?"
Tony: (clears his throat) "I have. But she..."
Beryl: "I see. I don't want to hear the details, Tony."
Tony: "Is this what you wanted to talk about, Beryl?" 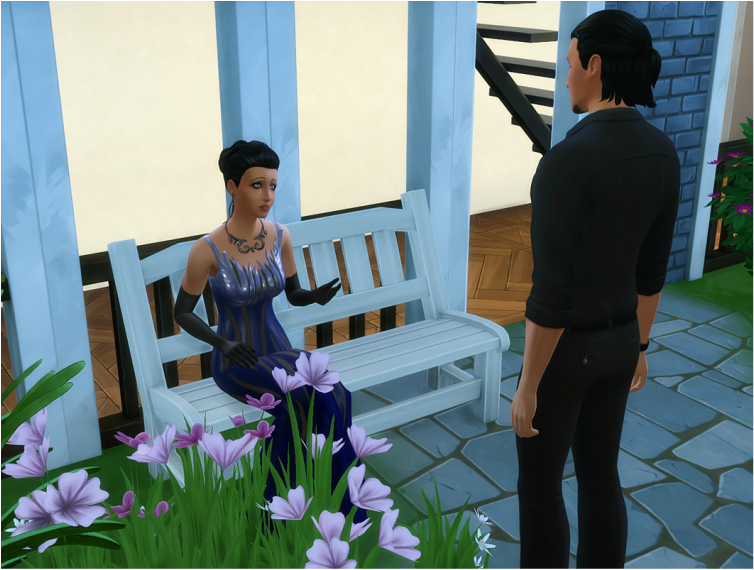 Beryl: "No. I have something important to tell you..."
She sighed and covered her face with her hand.
Tony: "What is it? Are you alright?"
Beryl: "This situation is so unreal. I feel like an actress in a bad tv drama." 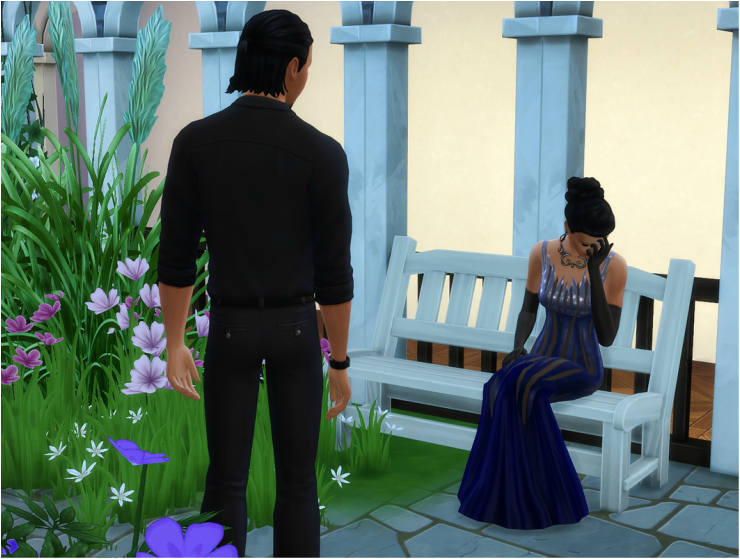 ﻿Tony: "Don't get me wrong, but I had the impression I should be the one feeling bad. Maybe we could stick to that scenario, hm?"
Beryl: "I don't even know where to start."
Tony: "You were trying to tell me something. That I have a son perhaps?" 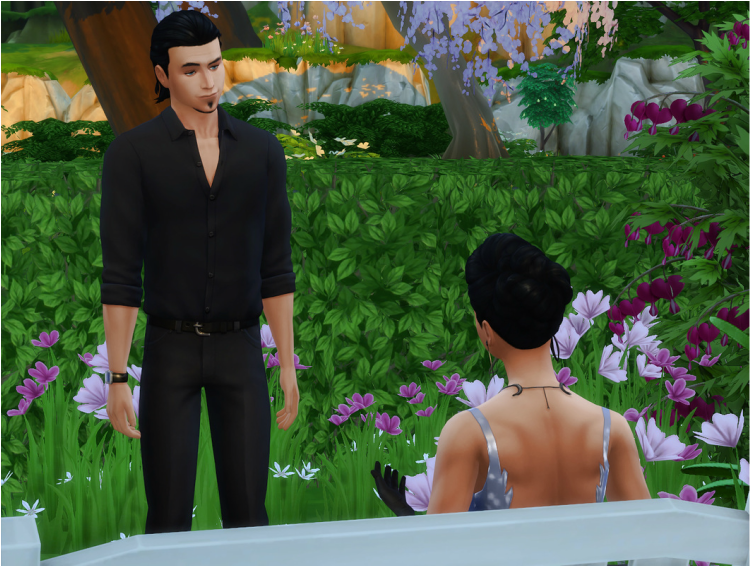 Beryl jumped to her feet.

Beryl: "You knew! All the time you knew!
Tony: "Of course I knew. Hottest mother of the month on the cover of the magazine was hard to miss."
Beryl: "You knew and you did nothing? You never contacted me, never wanted to see me or your son! I was so stupid to keep hoping. We are nothing to you. You son of a..."
Tony: "And here we go again. You calling me names, me having to silence you with a kiss..."
Beryl: "Don't you dare to kiss me! Ever. Again."
Tony: "But I would love to, Beryl. Very much. Actually, I haven't stopped thinking of it since the moment I saw you again." 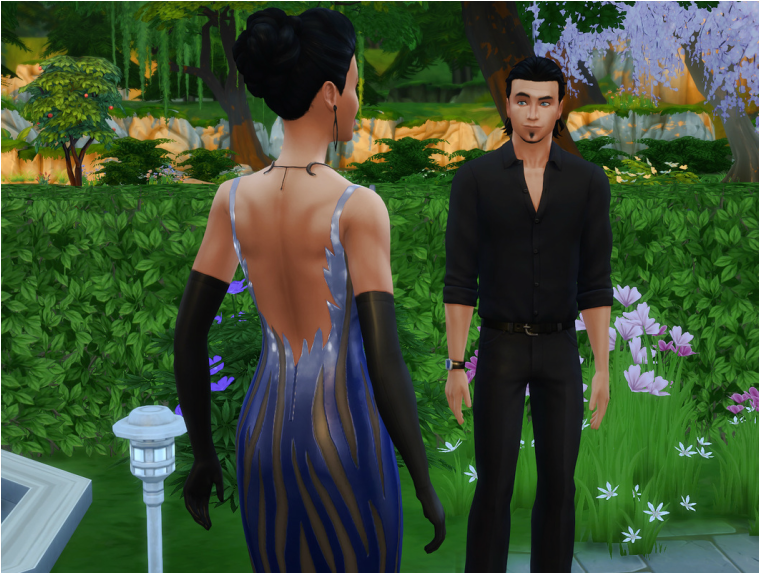 ﻿
Beryl: "Seriously? Are you brain damaged or drunk? I'm talking about our son here!"
Tony: "I know! He's wonderful. I watched him going from the school the other day. It was risky, but I had to see him."
Beryl: "You did? Tony, for the plum's sake, you are making no sense!"
Tony: "I'm sorry. I've been so afraid to contact you in order to protect you both from my enemies and the police. And now you are here, in a house full of my enemies and our secret is revealed and in this moment I just don't care. I hate Marissa for having you lured here, but I'm also happy to see you again, to be able to touch you. You have no idea how much I yearned for this. Am I making sense now?"
Beryl: "A little. I didn't expected you to be so elated. Are you sure you aren't drunk?"
Tony: "Drunk with your presence and your beauty perhaps." 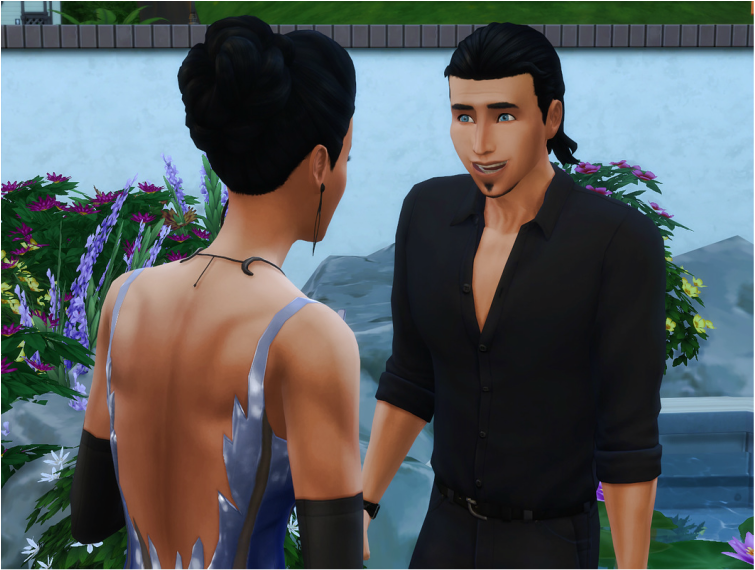 Beryl had to sit down again to process this mess of information.

Beryl: "I really can't tell if you're joking or not. I'm not sure I can trust you anymore."
Tony: "What do you want me to do to convince you?"
Beryl: "I don't know, Tony. Everything is different. My father died. I'm a heiress now."
Tony: "I'm really sorry about your father."
Beryl:  "Thank you. I am expected to get married, have more kids to strengthen the legacy.
Tony: Hey, I could help you with the more kids part. I have already proved myself in that field, haven't I? We could try for a girl this time! Or are there some rules that you have to give birth to boys only?"
Beryl: "I need a husband and a father for Christian and the future kids."
Tony: "Oh. Are you proposing to me?"
Beryl: "Would you say yes, if I was?"
Tony: "In a hearbeat... if I could. But I can't live in a spotlight, we both know that. You would really marry a guy like me, Beryl?"
Beryl: "I would, because despite everything, I know I would feel safe with you."
​Tony: ""Wow. I've never heard that before. What happened to despising all bad guys?"
Beryl: "I never really believed you were a bad guy, Tony. Not until you left me. And even then I kept hoping and telling our son, that his father was a good man."
​Tony: "That's even more than I was hoping for." 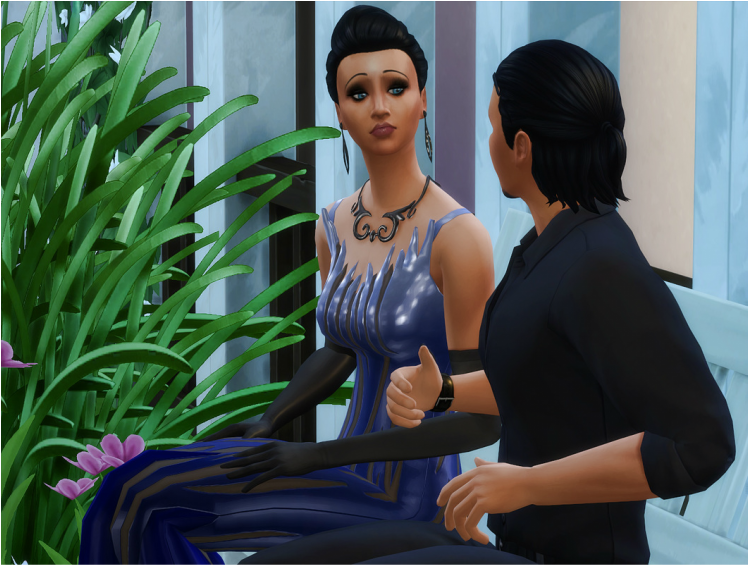 Beryl: "Have you ever considered... turning yourself in? With a good lawyer, you might..."
Tony: "Even with a good lawyer I would end up in prison. There are dead people in my past, let's be honest about it. I used to be a very angry young man."
Beryl: "Oh. What happened to you?"
Tony: "I lost someone. I swore to myself that I wouldn't let that happen again. And I haven't."
Beryl: "Sounds like a very lonely life to me."
Tony: "It is. But I have money and freedom and can go wherever I want, do whatever I like in my life."
Beryl: "Except settle down."
Tony: " Well, I could settle down in Europe. I even have a house in Windenburg. We could go and live there together, you and me and our son."
Beryl: "My life is bound to Newcrest. I can't leave the town for good."
Tony: "I knew you'd say that. Should have kidnapped you before you became the heiress instead of leaving you."
Beryl: "You so should have." 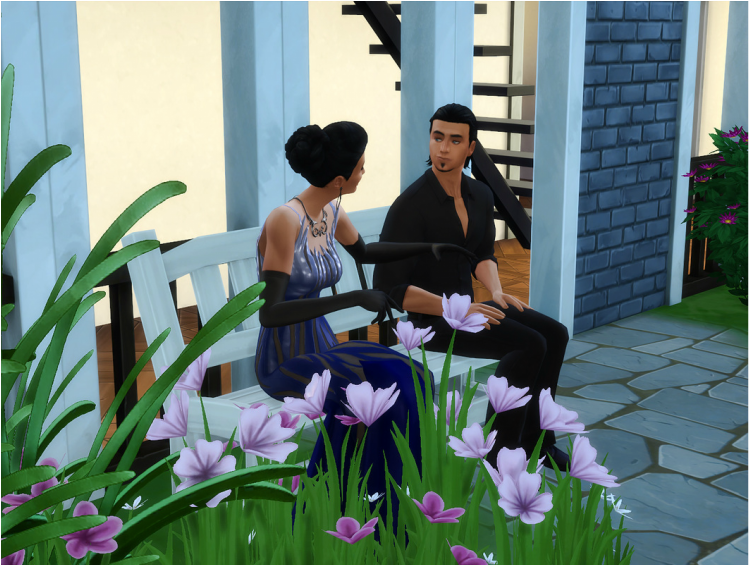 Tony: "So what happens now?"
Beryl: "I'll have to date other men, you know. To have the family I need."
Tony: "Sounds like you're a prisoner yourself, Beryl. Anyway, my offer still stands. For the babies, I mean. I could even marry you, but I can't give you the happy family life you want. I would be out of the house all the time. No garden work from me, no walking in the park with our children. But I would sneak in every night and make wild love to you."
Beryl: ...
Tony: "Well, if you decide to keep me as your lover, let me know. I give you my phone number this time." 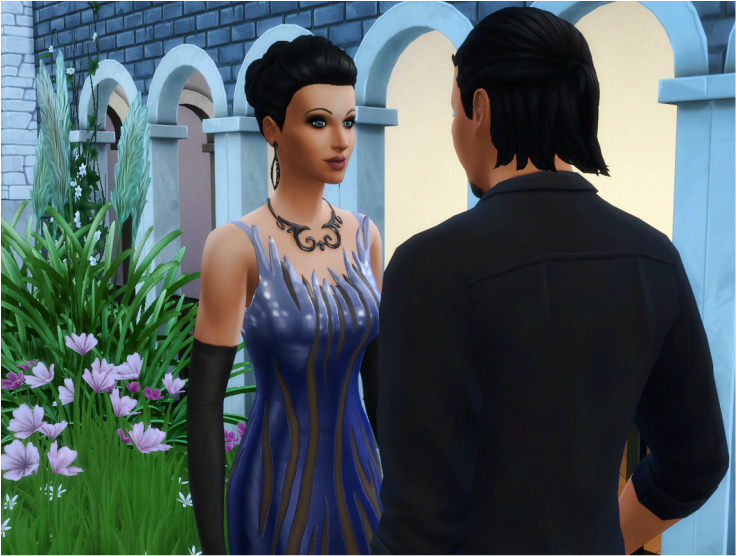 Beryl: "And what are you going to do?"
Tony: "Since I'm currently between jobs, sort of, I'm going to keep an eye on you to make sure you'll have that dream of yours come true. But right now I'm going to have that kiss I've yearned for. You can protest all you want." 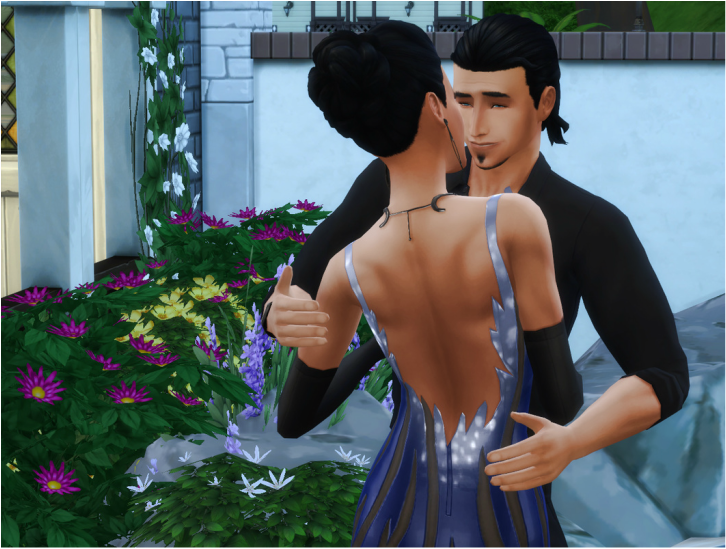 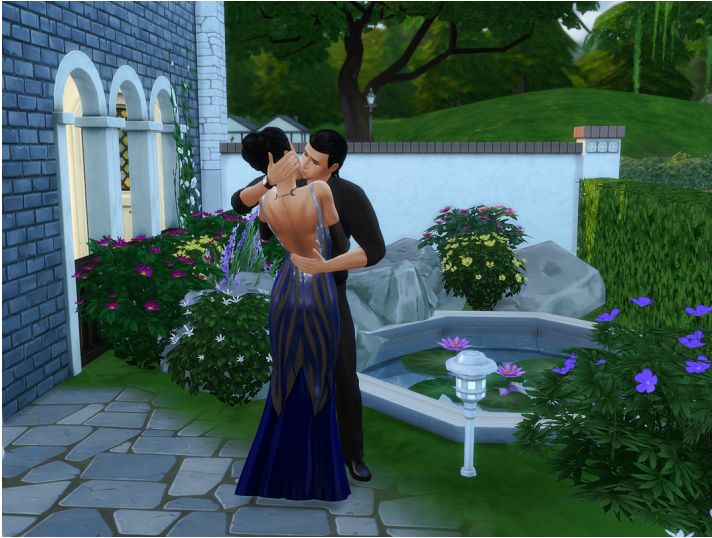 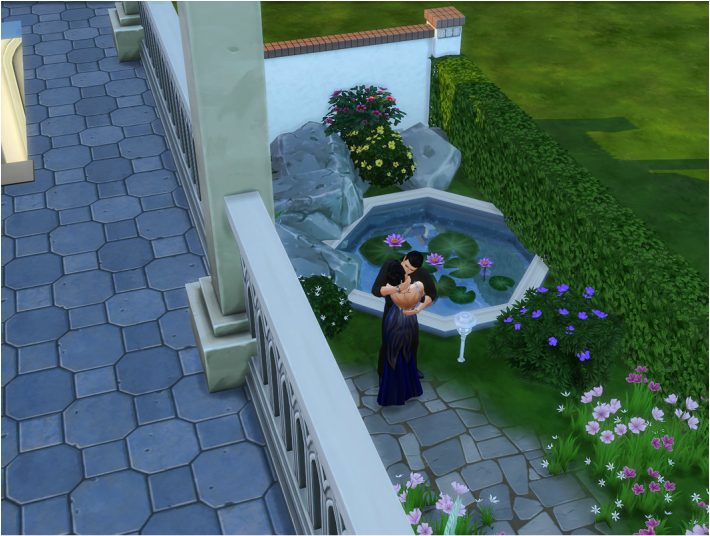 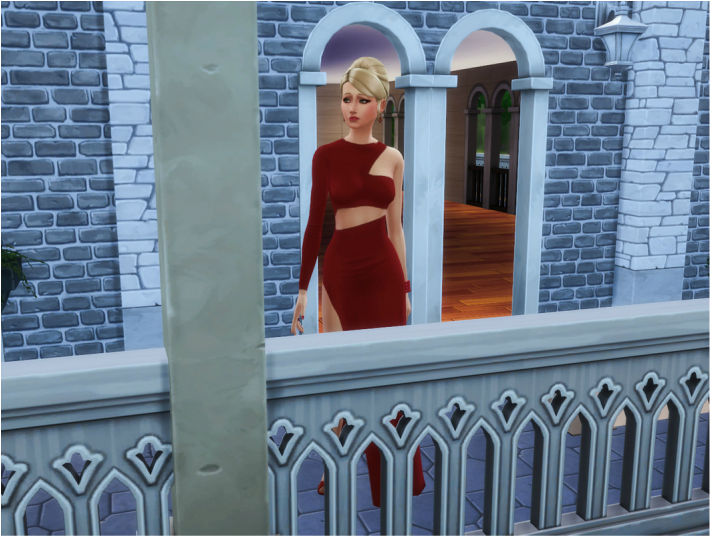