It took them couple of hours to clean the house and all traces of their presence. Tony did most of the work, as he was more experienced in such things.
Then they took the van in the backyard and drove to Tony's car.  They switched vehicles and Tony drove them somewhere else. He was silent all the way, even when Beryl asked him several times where they headed. Their destinationed seemed to be a small house surrounded with a high wall. 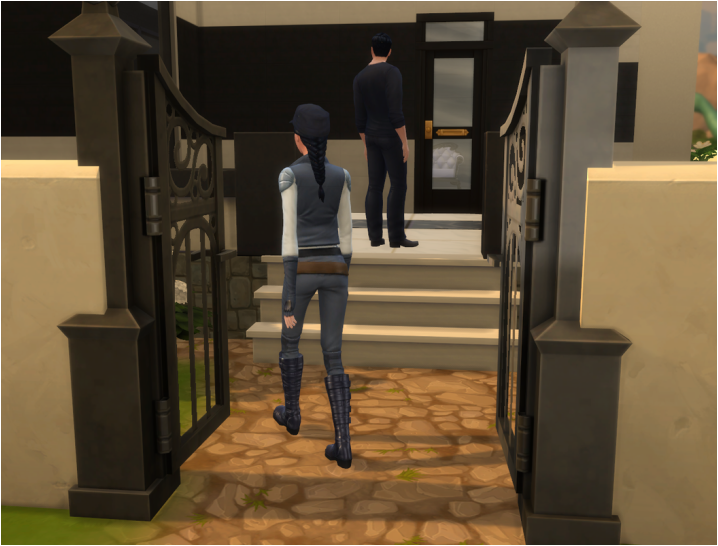 Beryl: "Is this your place? Talk to me, Tony."
Tony: "Come in and bring the baby. We need to discuss few things." 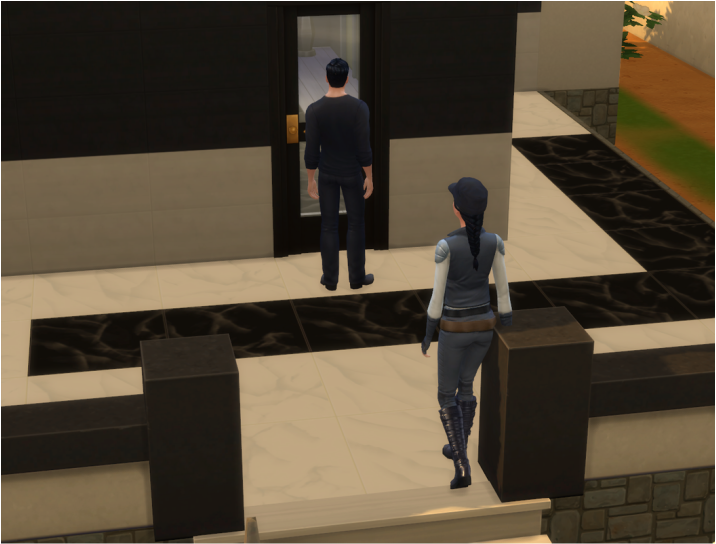 Beryl wasn't very happy with the situation, but she did as she was told. She brought little Brian inside, fed him and put him to sleep. 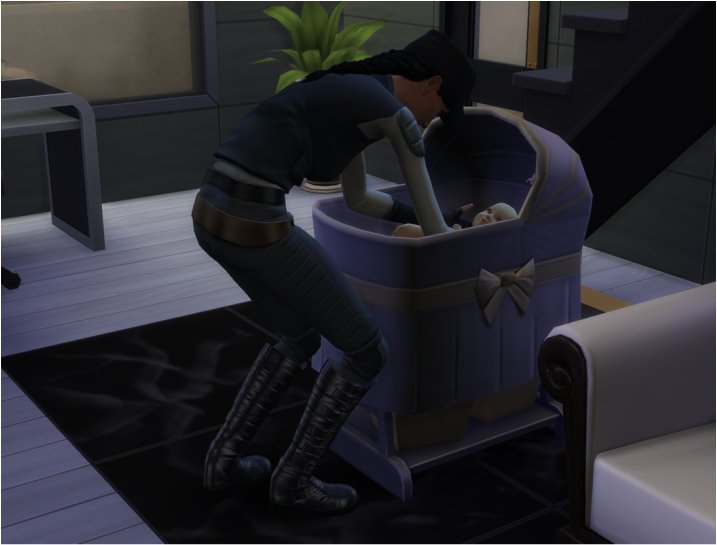 Tony was still grumpy. Maybe she shouldn't have said some of those awful things to him.
"Are you hungry?" he asked.
She didn't dare to say no to that scowl of his. And she realized she was actually pretty hungry. 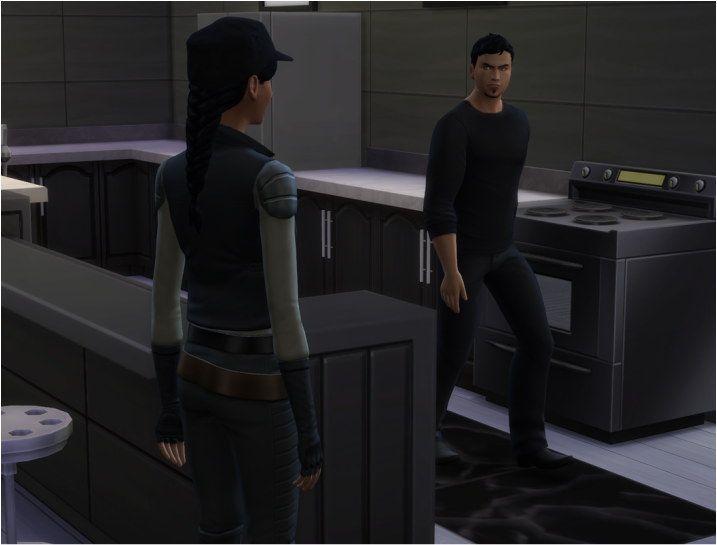 Preparing a meal for them Tony seemed more relaxed. Beryl wasn't surprised to see he's skilled with a kitchen knife. Professional killers were masters of every weapon, weren't they? And that's what he was. The strangest thing though Beryl wasn't afraid of him. The longer she stayed with him, the safer she felt. 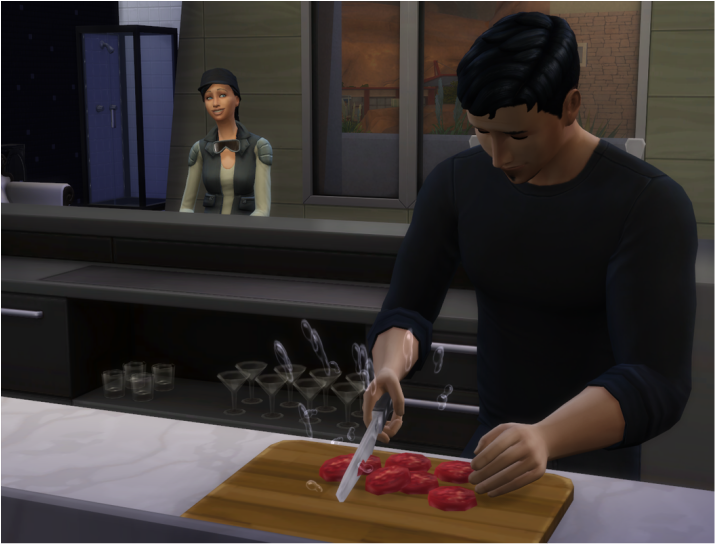 Beryl had to admit to herself that watching him move around the kitchen like a pro and cook for her was kind of hot. 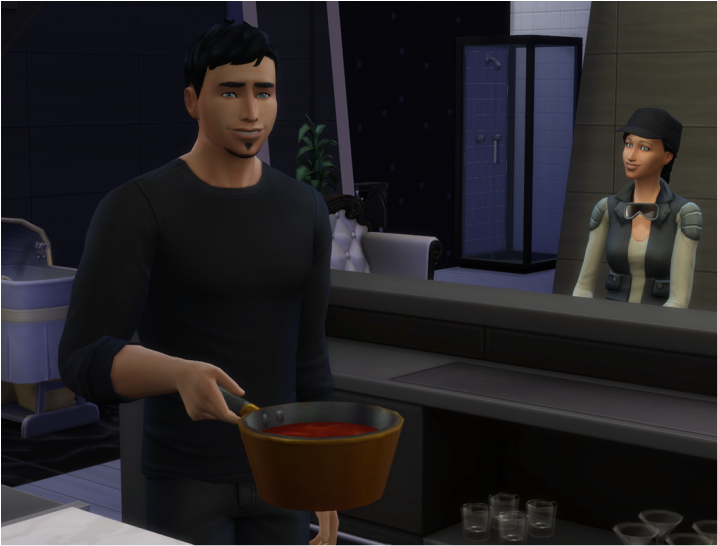 And when she tasted his spaghetti pomodoro, she felt like in heaven. He cooked better that her mom, but she would never say that aloud. 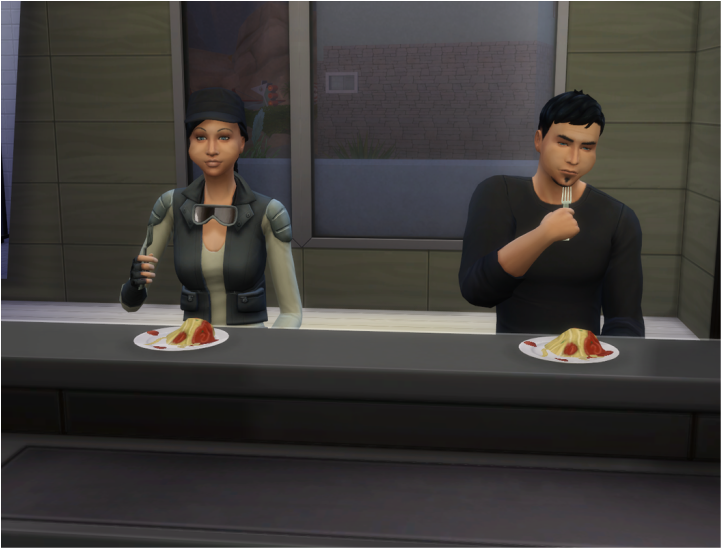 Tony: "I don't know how about you, but I really need to take a shower after the... job. You can use the bathroom first if you need to."
Beryl: "I'm fine, thanks."
Tony: "Meanwhile you can think about what you're going to say to your parents and police, when you return with your brother." 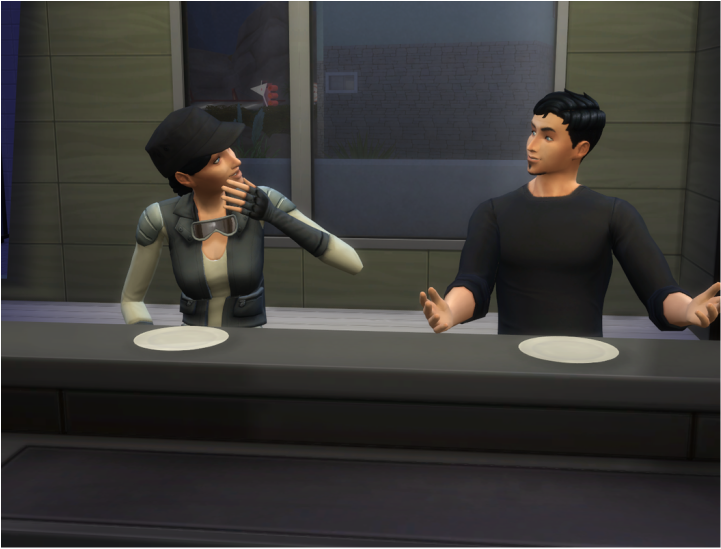 Beryl tried really hard to think of some explanation for her parents, but the sound of running water coming from the bathroom was too distracting. Images of naked Tony invaded her mind and she silently screamed. Not. Even. In. Hundred. Years. 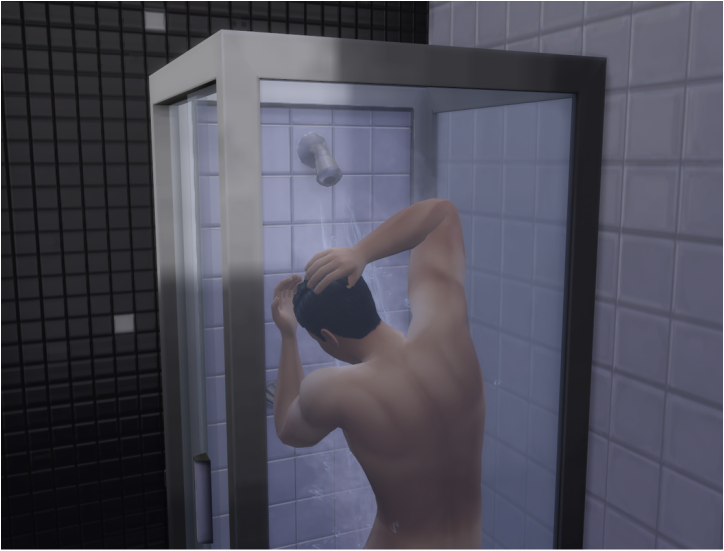 He came back clean and smelling so damn nice​.

Tony: "So? Any ideas?"
Beryl: "What about the truth?"
Tony: "You mean: I met a hitman and he agreed to solve our problems, mamma?" 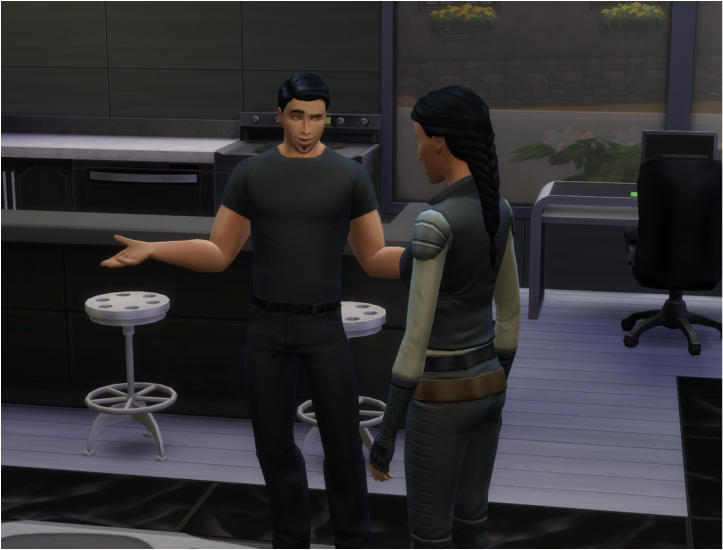 Beryl: "Something like that. I'll improvise. Now, can you take me and Brian home?" 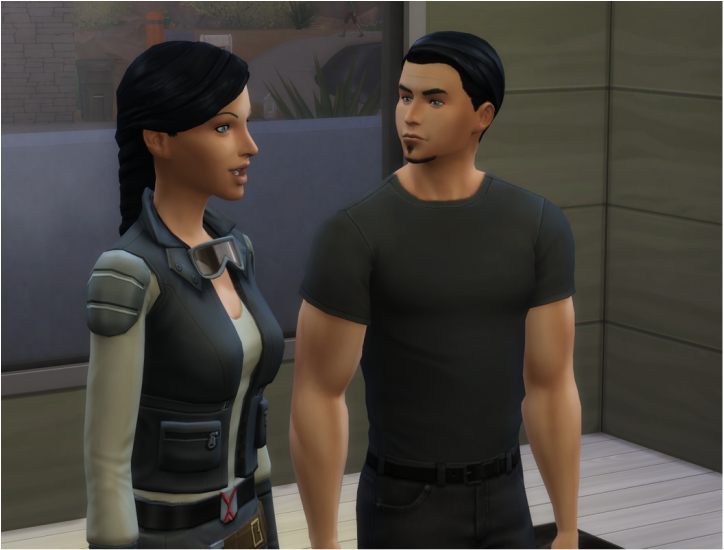 Tony: "No."
Beryl: "What?!"
Tony: "You can take a cab a go home for the armor, but until then the baby stays here. I can't risk you start celebrating your brother's return and forget about our deal." 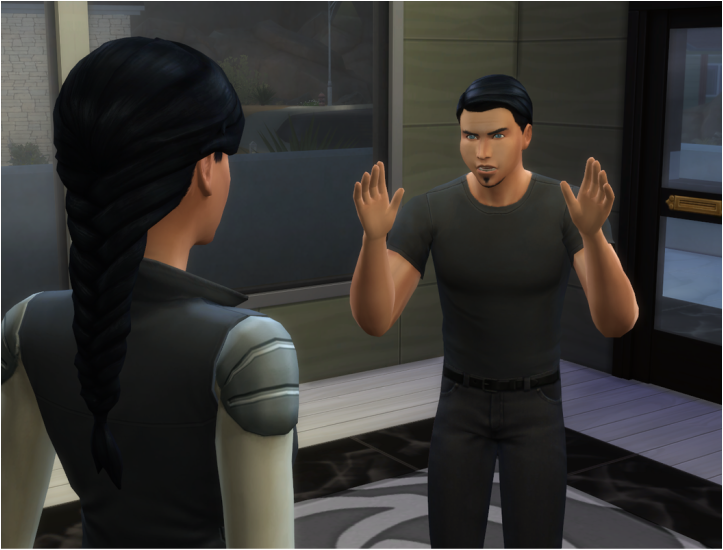 Beryl: "You don't trust me?"
Tony: "It's not a question of trust. I'm speaking from experience. There'll be a lot of joy, questions and questions and you'll find yourself in the middle of it unable to leave unnoticed. And I can't stay here much longer." 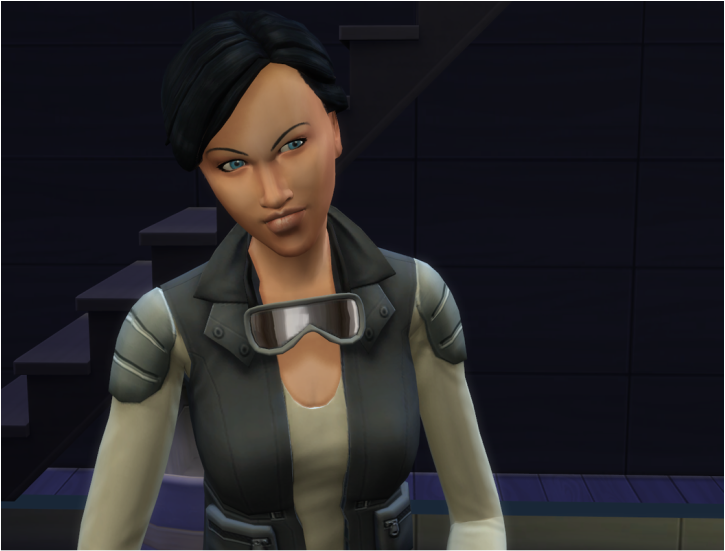 Beryl: "I'm not leaving without my brother. I can't let my parents suffer any longer. How can you even ask that of me?"
Tony: "You'll be back in an hour or less. It's not as terrible as you make it sound."
​Beryl: "I can't let the baby stay here. What do you think... you..." 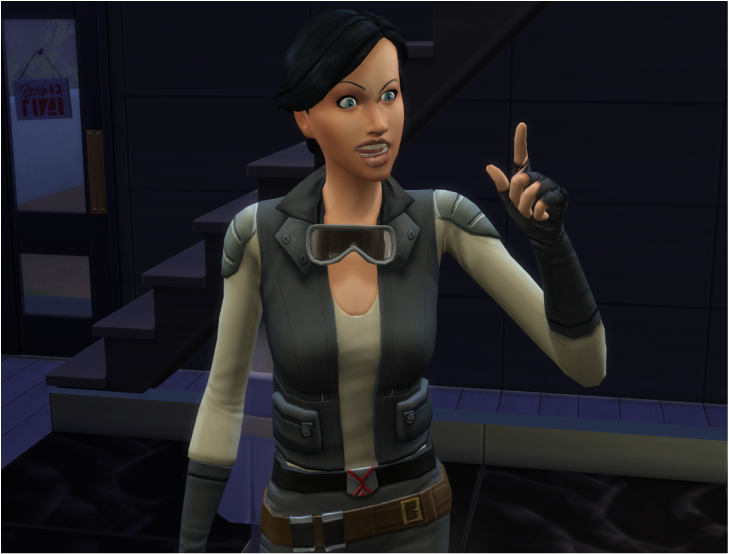 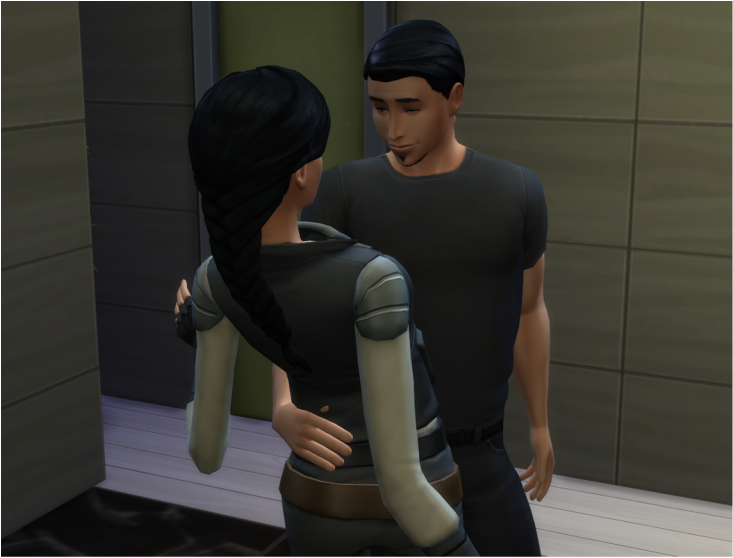 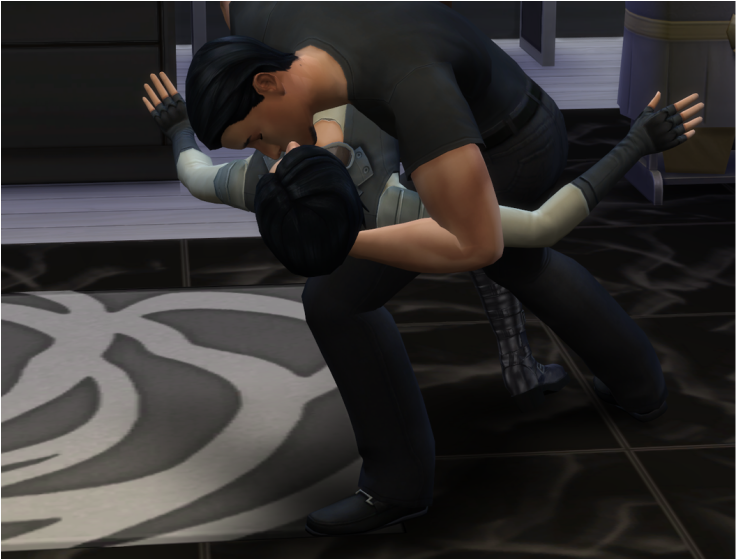 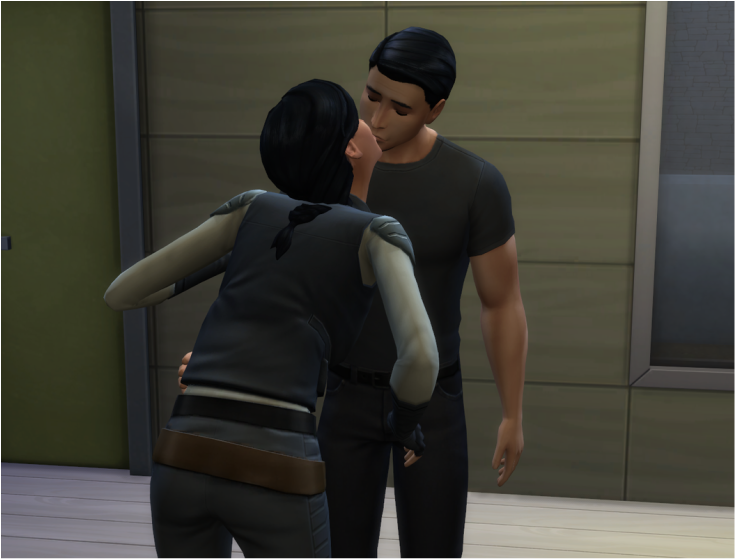 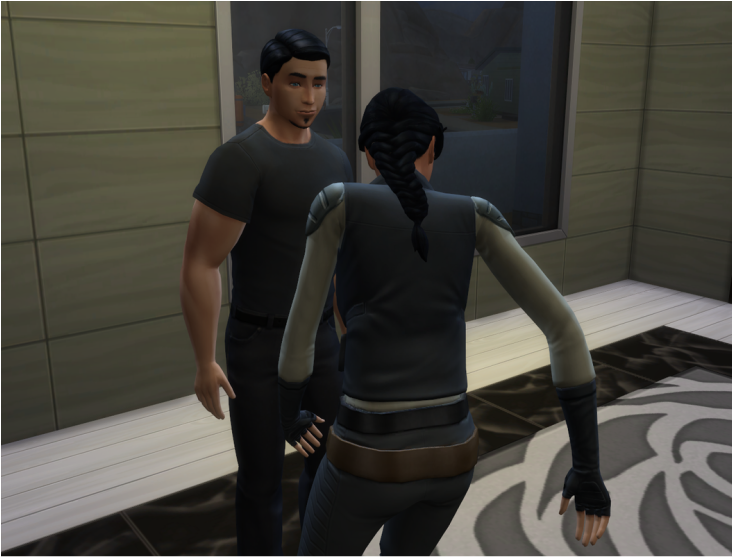 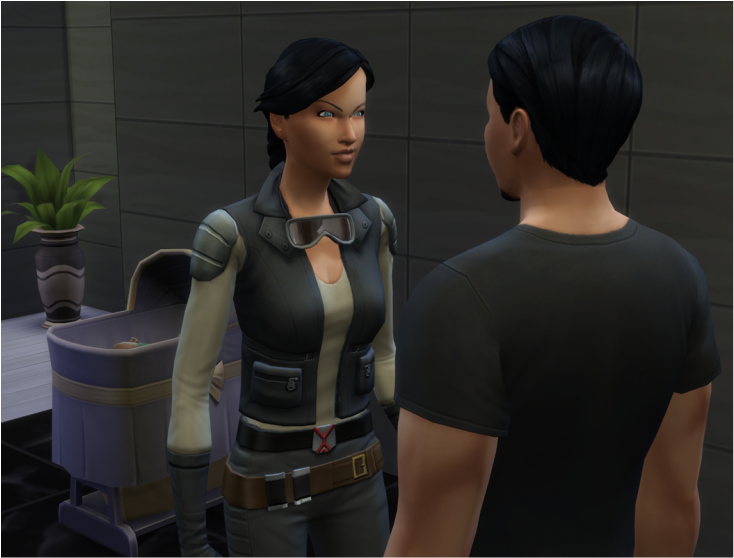 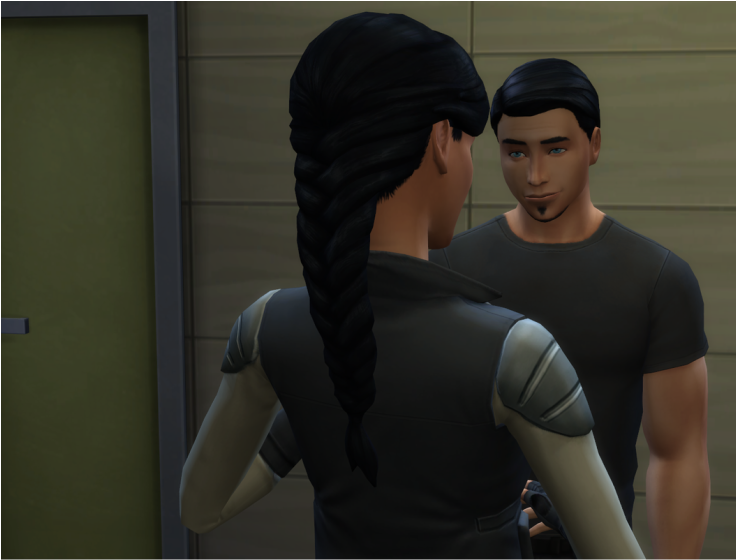 Beryl: "I hate you! I'd better go and get that damn armor for you, to get rid of you as soon as possible! You're such an arrogant bastard!"
Tony: "I knew you'd wanted me to kiss you for quite some time. Stop being such a prig, Beryl.  We're getting on well with each other, when you don't play the proud rich girl."
Beryl: "The only thing I ever wanted from you was to save my brother. The rest... the rest was your hallucination." 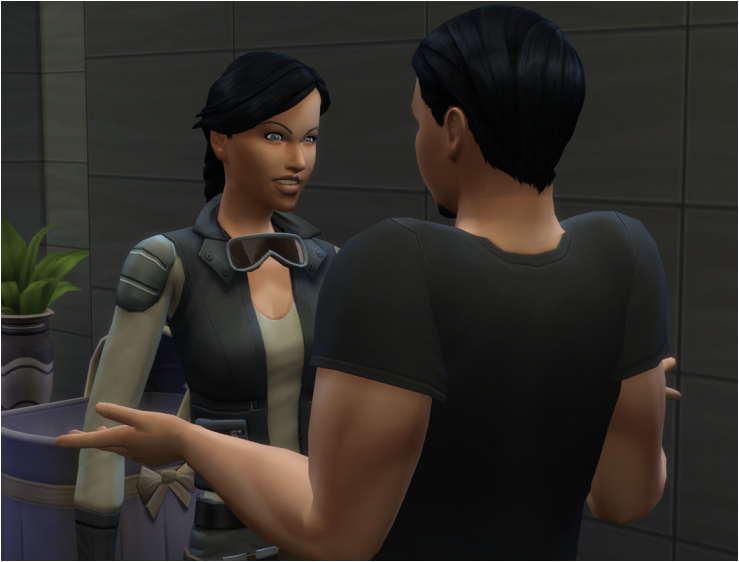 Tony: "As I said, you'll be back in no time. We can have more fun then. I know you want to."
Beryl: (grumbles) "Insufferable... Insufferable." 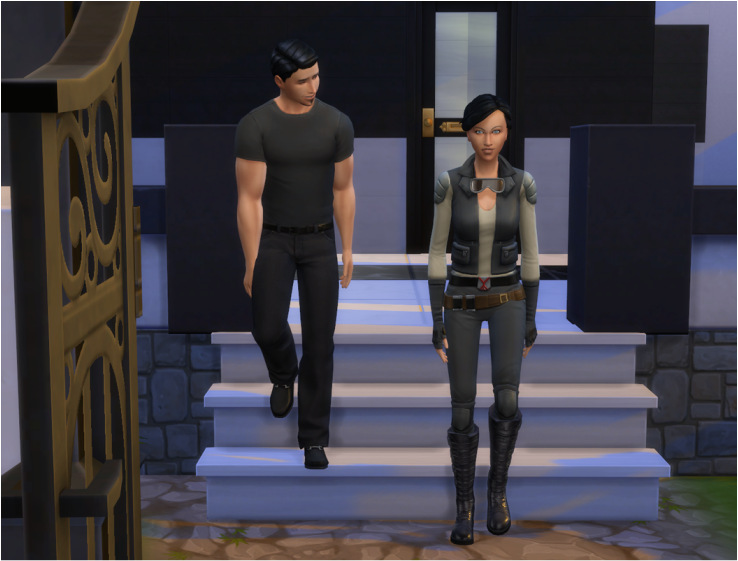 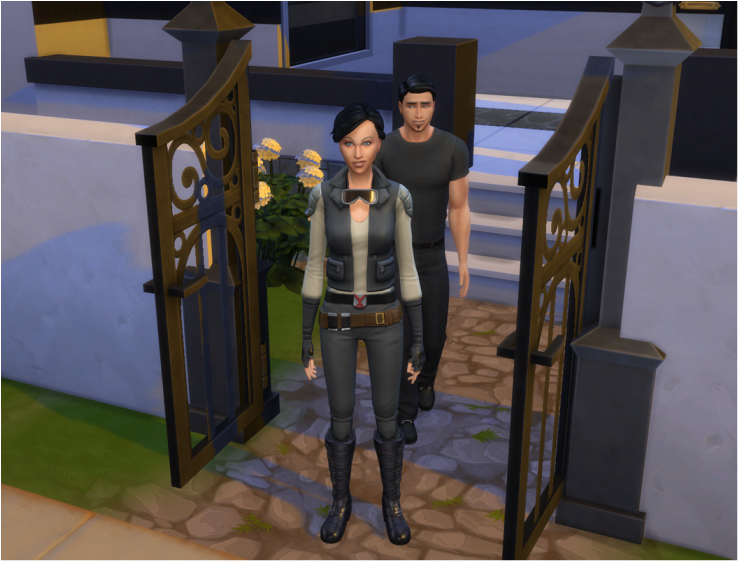