​(Tony)
I had a female guest, meaning I ended up sleeping on the sofa. Note to self: Buy a new larger and more comfortable sofa!
After few hours I could no longer stand deforming my back on that thing and got up. 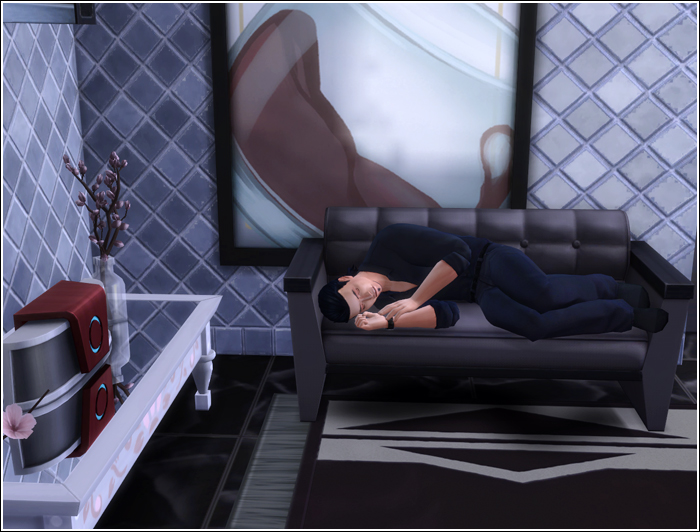 ​It was already morning so I did couple of rounds in the pool... 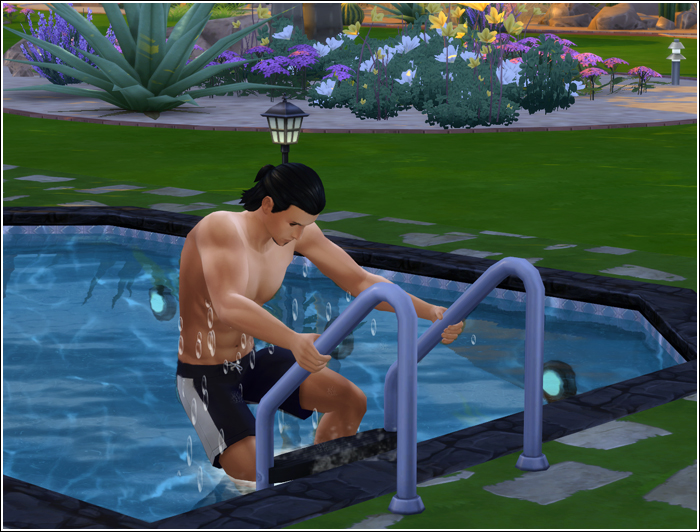 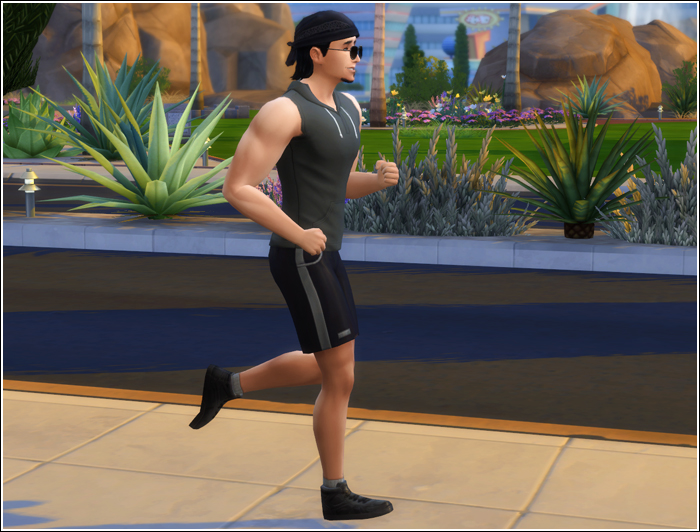 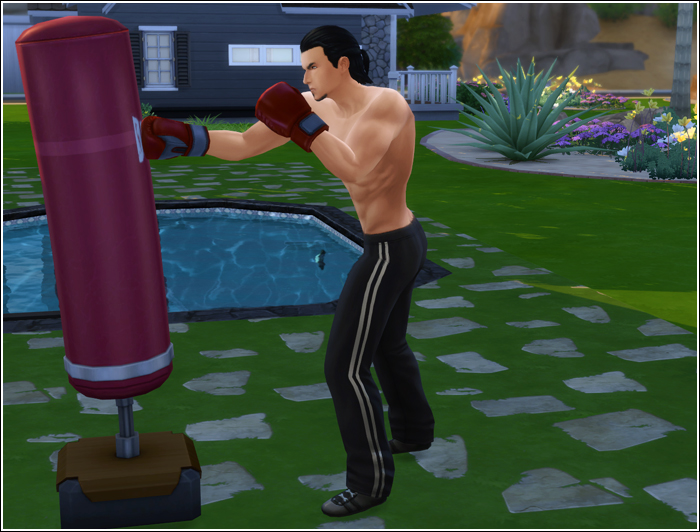 The princess wasn't up yet. I started on the breakfast. 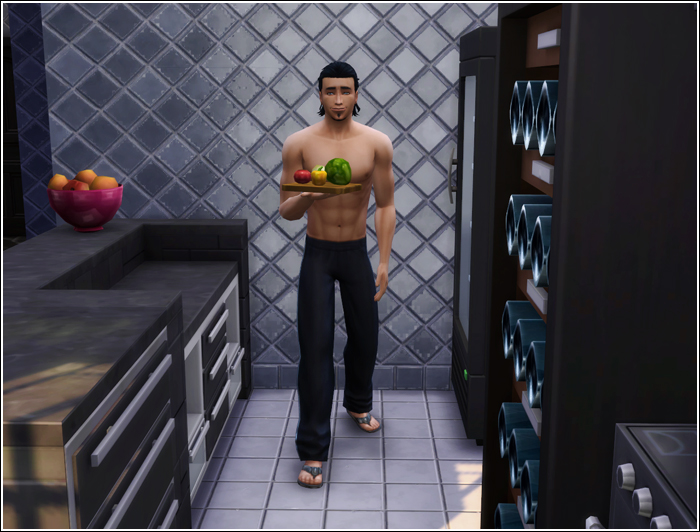 ​I had no idea what she would like to eat for breakfast so I made a little bit of everything. 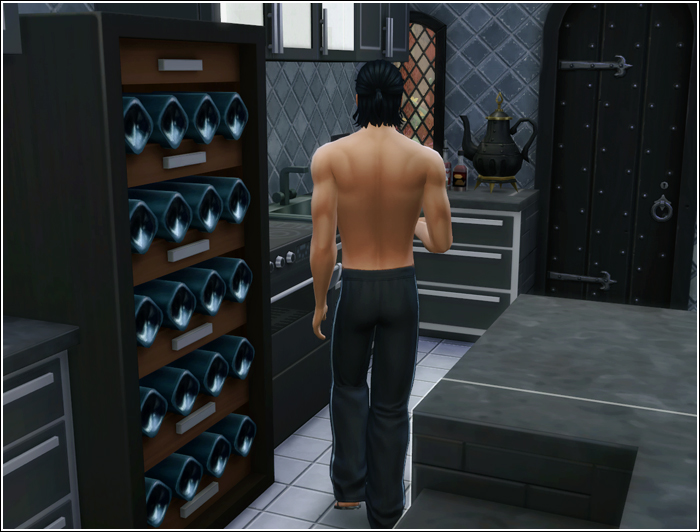 When I was in the middle of my favourite part of making a fruit salad - the chopping - the princess finally woke up. 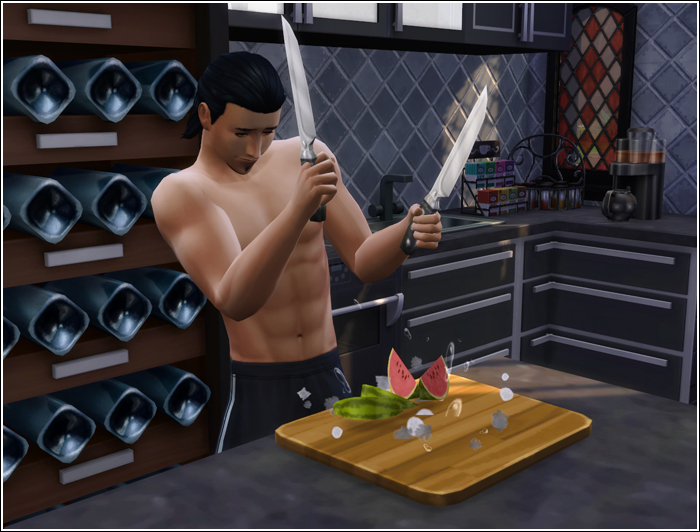 I wasn't sure whether she was more impressed with my chopping skill or my body. But when she asked me all blushing to put on my shirt it had been cleared up. I decided to stay shirtless for a while. It had been a long time since I made a girl go all hot-cheeked like that. It was endearing. She reminded me of her mother so much with all that blushing. I was going to enjoy that for a little longer. 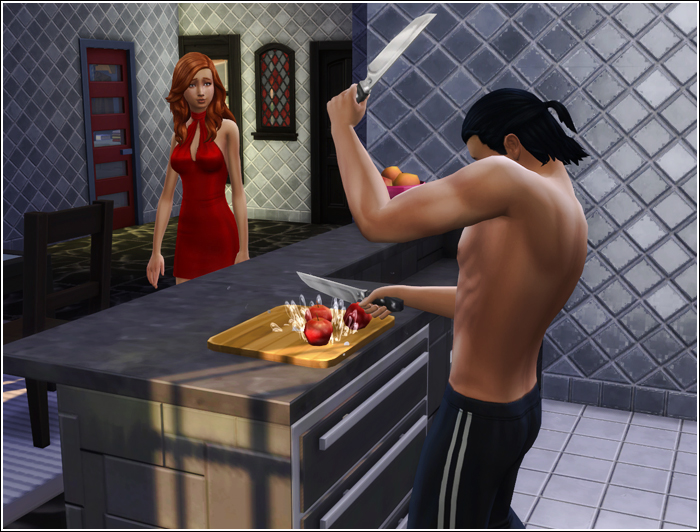 I really wanted to ask Kellie about Beryl, but I knew I wouldn't be able to stop asking more and more questions and keep reopening the wound in my heart. I had no idea how much Kellie knew about me and Beryl anyway.
She mentioned the wedding. I'm running out of time. I still haven't found anything on that Ronan guy. Maybe he's good for her after all. Why does it bother me so much? She made it clear she can't be with me. I want her to be happy. Why am I still trying to find means to stop the wedding then?

We chatted about Chris and other family members. I couldn't resist and teased the girl some more just to see her blush and lower her beautiful eyes. It restored my good mood.

Then she went to the bathroom and I reluctantly put on my shirt. You can't torment the girl forever, Tony. 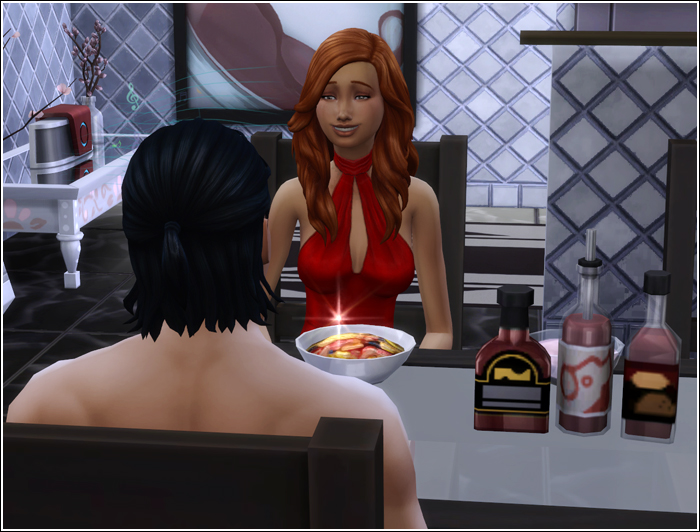 Then something really weird happened. Kellie came out of the bathroom wrapped in one of my towels and threw her dress into the trash. Just like that! Why for all the llamas' sake did she do that? I asked her about it and she started telling something about the dress not being for her and that she's ugly. Ugly??? When was the last time she looked at herself in the mirror? Does her mother even know about her daughter's low self-esteem? Why isn't she doing anything about it? Is she preoccupied with Ronan or what?

I had to take a deep breath, because I was starting to get enraged and I didn't want to spook the poor girl. I looked at her and saw the beauty that only started to blossom. Couple more years and I would have to chain myself to the table to prevent myself from throwing to her feet and to keep my hands off her. 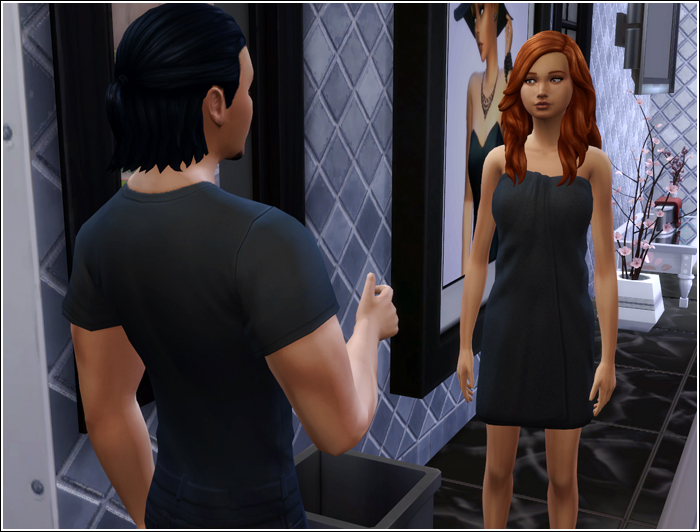 I saw possibilities. With proper training she could be as deadly as she's beautiful. She would be able to make men crawl and beg to kiss her toes. Her one look and their hearts would break. 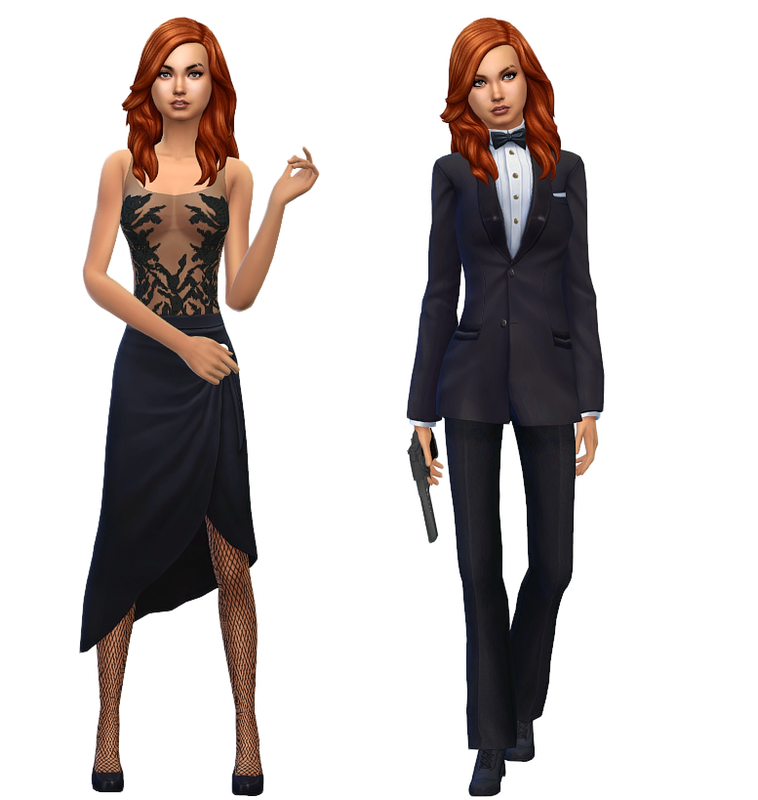 Ugly? No way! I never felt the need to pass all my knowledge and skill to anyone. But her I could teach. The idea was very appealing. I would love to live and see her transformation. 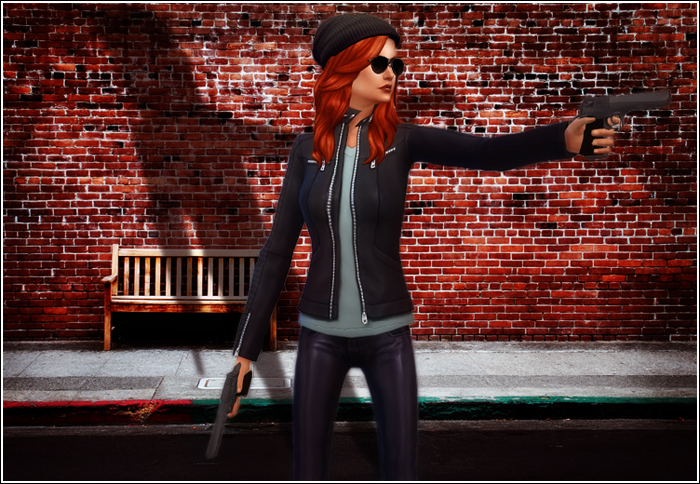 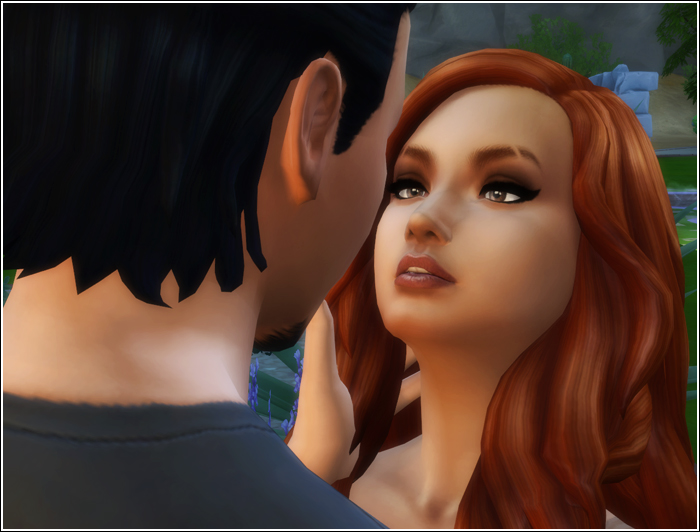 ﻿
And then Beryl would have me killed.

​But this girl would be so perfect. Oh, Chris, if you don't see what's right in front of you, you have more of your mom's blood in you than mine.

Kellie then asked for something of mine to wear. I complied with her request and took her to my closet. I was too distracted by the idea of her transformation, that I failed to notice when she was joking about my shirt. Then I managed to make some stupid joke about my repairman disguise. Sigh.

While she was changing into my clothes, I waited outside the closet. I realized what a shame it would be, if Kellie ended up as a wife of some dimwit one day.

​Maybe I could kill two birds with one stone. 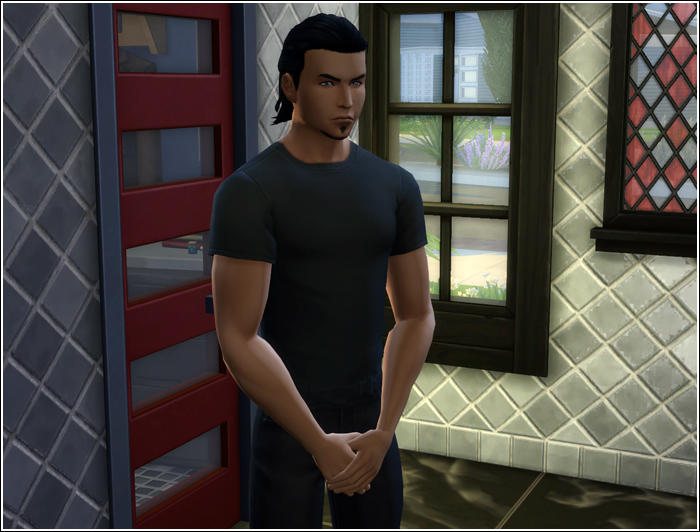 When she had changed she asked my opinion. No, I wasn't going say a little white lie this time. The dress looked way better on her than my too large shirt. I really wished I had some female leather clothes at home so that I could see her wear it. Princess, you have no idea what you could become if it was up to me. 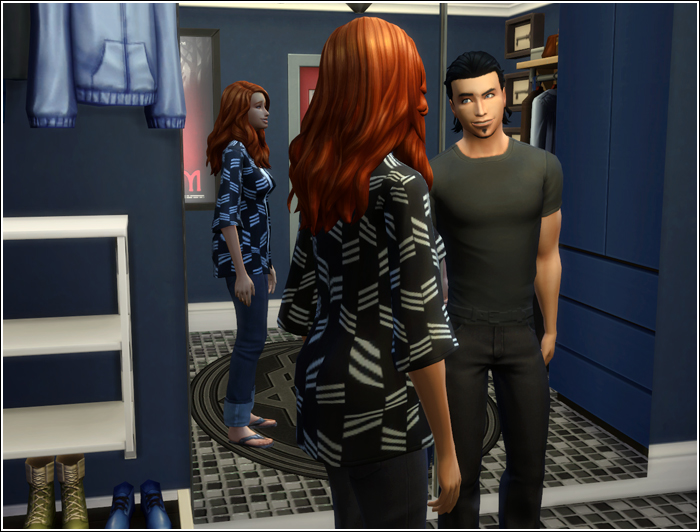 I had long time ago thought up the solution to the situation with me being unable to visit my son. He would have to live somewhere else and give up the heir duty. I had offered the same to Beryl once. Move and live in Windenburg. I explained it to Kellie as well. Even if she hadn't kissed my son I could tell she loved him. The way she talked about him, faltering a little in her speech and blushing spoke volumes. She wanted to be with him and was scared of it at the same time. I suggested what she could do to make that happen, to make her (and mine) wish come true. 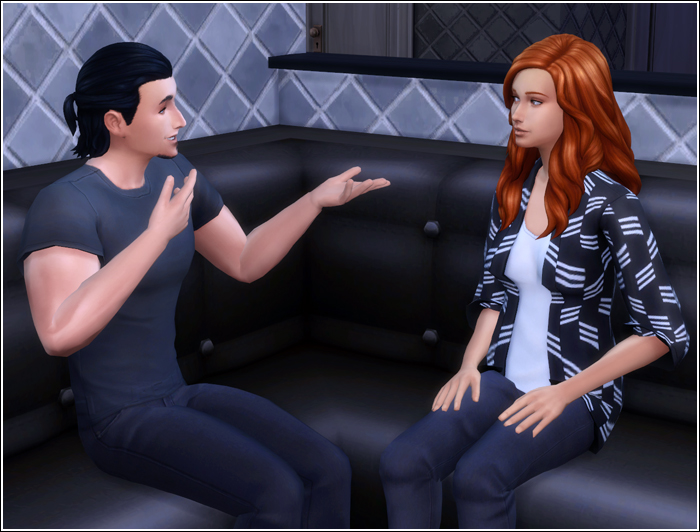 But I made a mistake. I pushed too hard and scared her. She backed off. She asked me to take her home. There was nothing else I could do but hope that she would at least give a thought to what I told her. 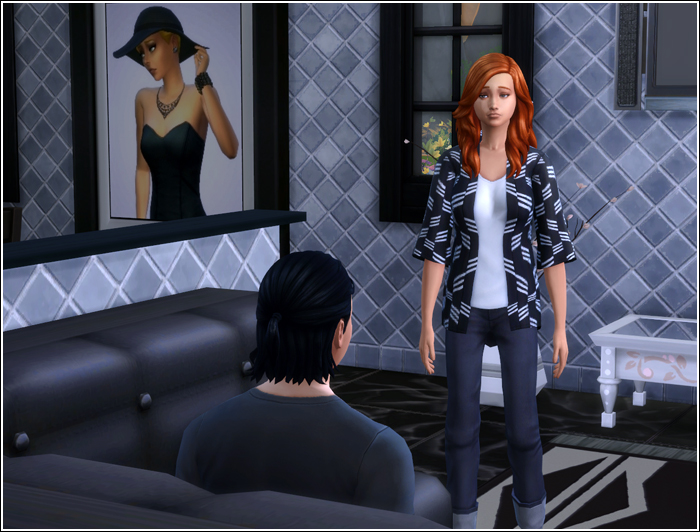