Chapter 2.14
First thing Tony noticed, when he returned inside was the suit of armor that was part of his deal with Beryl...
[Wait... Wrong. Scratch that. Let's start again...] 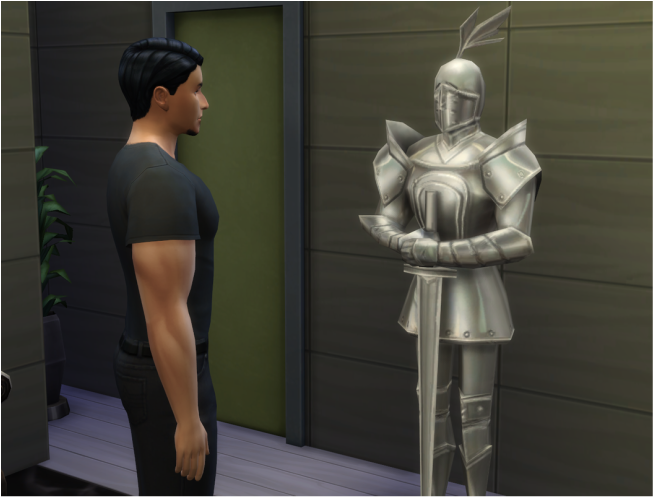 First thing Tony noticed, when he returned inside was Beryl sleeping on his couch... Then he noticed the armor. It wasn't very important to him right now and so he paid it no more attention. On the other hand Beryl on his couch was something completely different. 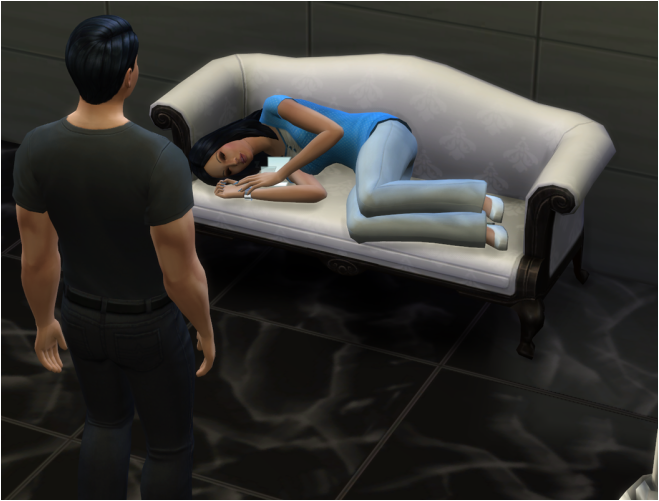 ​He decided not to wake her. Instead he mixed himslef a drink and pulled a chair in front of her and watched her.
Vincent was right, he thought. I am falling for her. He pondered over reasons why he liked her so much. She didn't try to impress him the way ladies from rich families usually did. Daughters of some of his "business" partners to be precise. She didn't pretend to be someone she wasn't, she was fearlessly outspoken with him, which he valued. Only Vincent has been completely frank with him. Beryl sparked his desire to have someone he could confide in. He knew it's a weakness in his line of work, yet he played with this thought in his mind. It could be her. 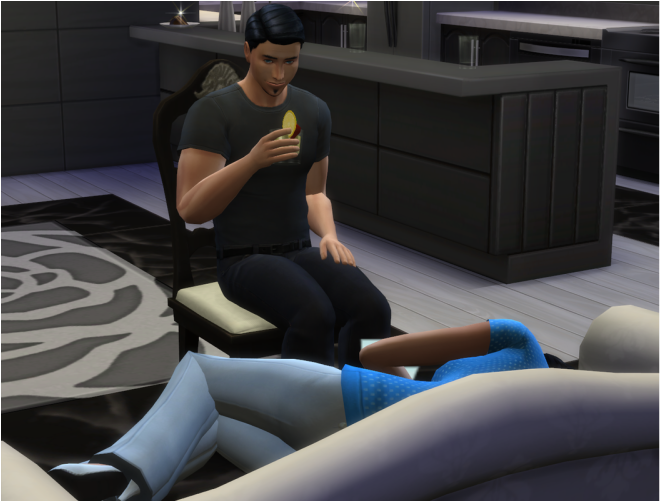 Beryl stirred and woke up. She paused when she noticed him sitting in front of her. "What the plum..." 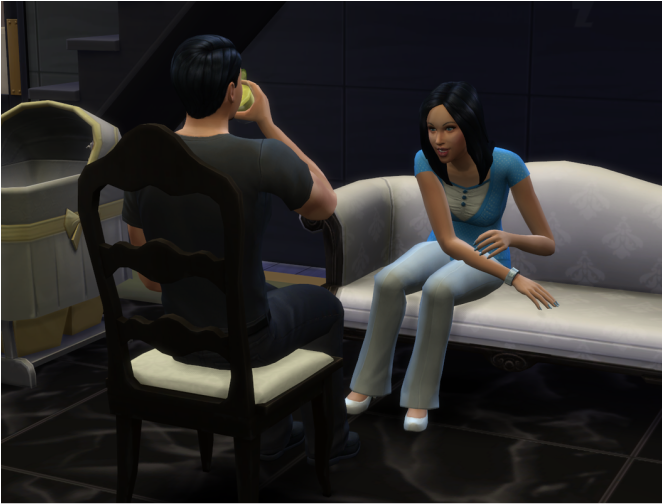 "are you doing?" she said.
Tony took his time to finish his drink veeeery sloooowly. He really needed to think what to do next. Not that he didn't know what he wanted to do, but the trickiest part was to convince Beryl she wanted to do it too. 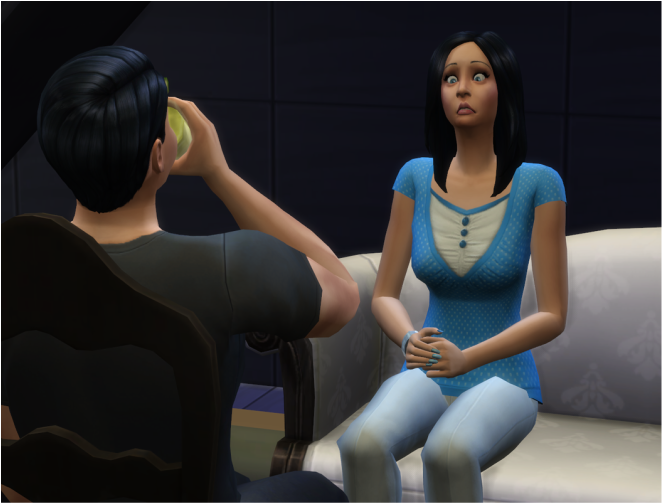 Beryl: "You are enjoying this, aren't you?"
Tony: "Your company? Immensely. Are you mad at me for watching you? Tell me you are. You always look so adorable when you're angry." 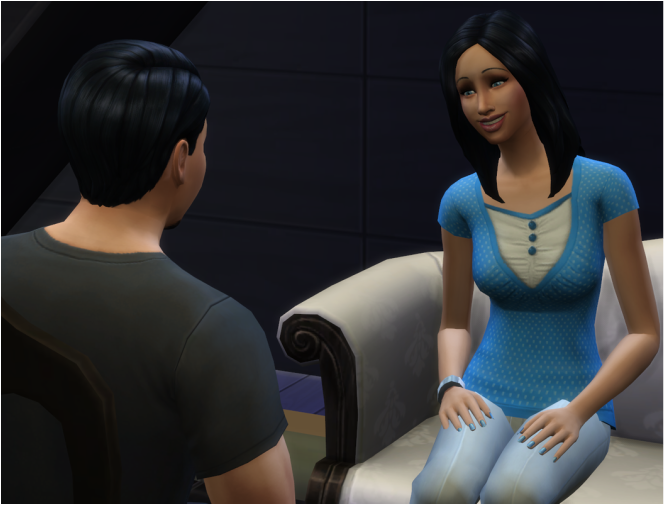 Beryl: "What? No... I... actually I wanted to thank you. For getting me out of the police station I mean. It was a very... unpleasant experience."
Tony: "I'm sorry you had to go through it, Beryl. You are too innocent to be grilled about me by the police. I hope you will let me make it up to you."
Beryl: "It's okay, Tony. You got me out of there."
Tony: "I could make you a delicious dinner."
Beryl: "That... sounds fantastic. But I'm not hungry at the moment. Maybe some other time?"
Tony: "As you wish."
​ 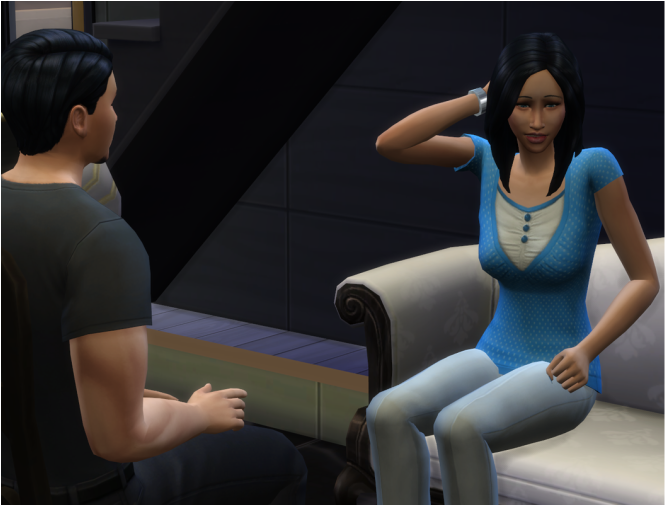 Tony: "Are you sure you're okay? You look rather tense. I'm offering you a famous Corleonesi back rub."
Beryl: "Famous, huh? Who says so?" 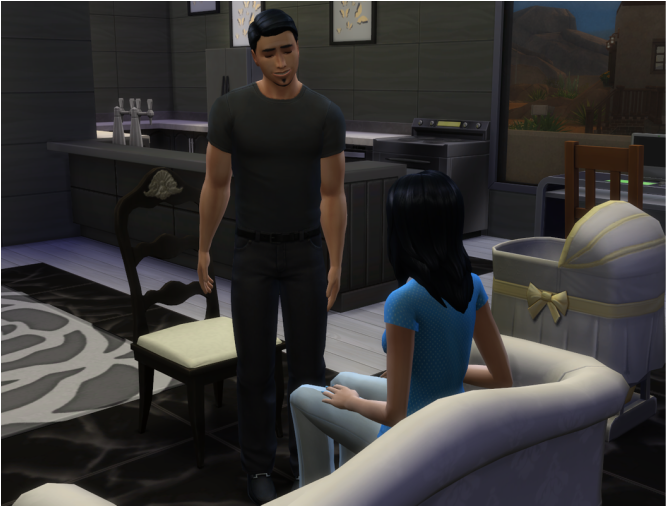 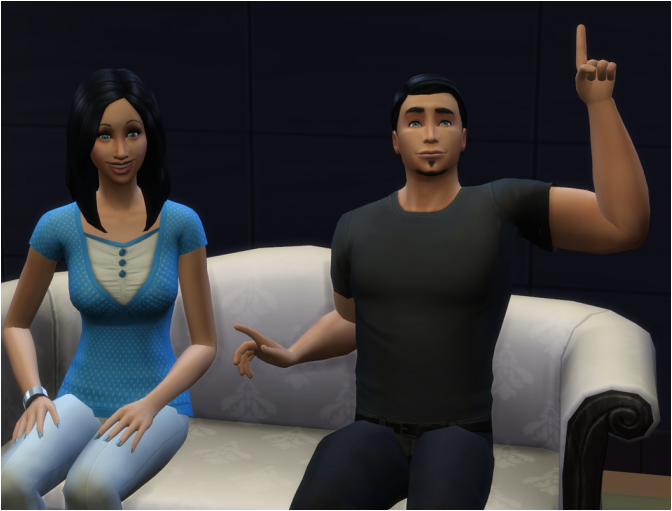 Beryl: "You were right. This is sooo good."
Tony: "It's been perfected by years of practice."
Beryl: "You really shouldn't tell that to a girl. How many women did you have, by the way?"
Tony: "A few."
Beryl: "Ten out of ten, huh?"
Tony: "And what about you? How often do you fall asleep on a stranger's couch?"
Beryl: "Never. And you don't feel like a stranger to me anymore, Tony. Quite the opposite." 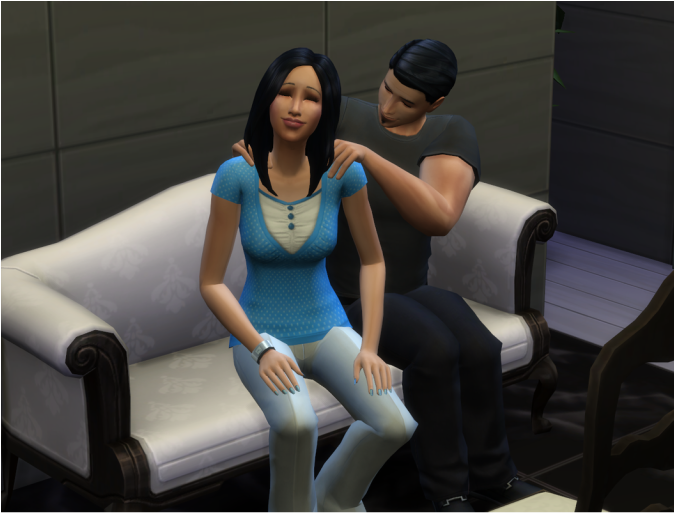 Tony: "Are you saying what I think you're saying?"
Beryl: "How would I know what you're thinking, Tony?"
Tony: "I have this theory..." 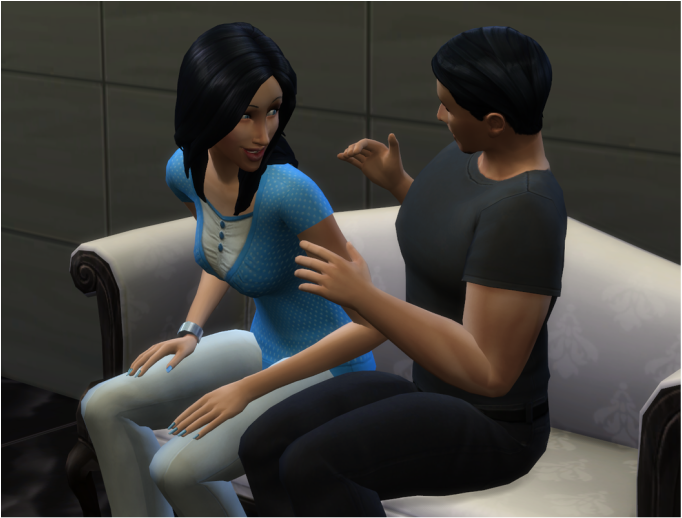 Tony: "...it yet needs to be tested."
Beryl: "Theory. Tested. Ah-huh. I'm seeing right through you now, Tony."
Tony: "Is it such a bad thing? I like it that you see through me. No need for explanation then." 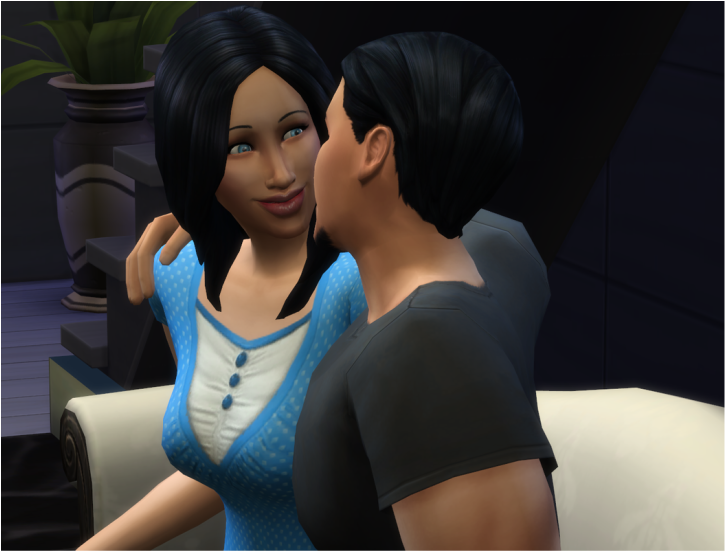 Tony expected some resistance from Beryl, but there wasn't any this time. Guess that back rub melted it. 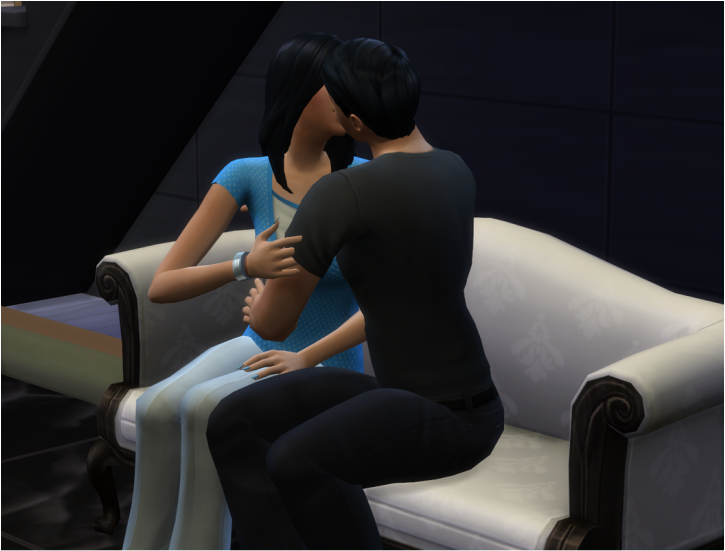 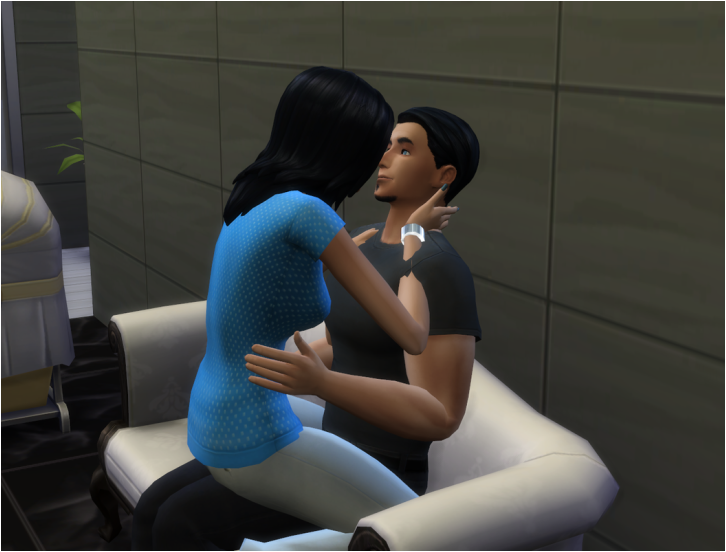 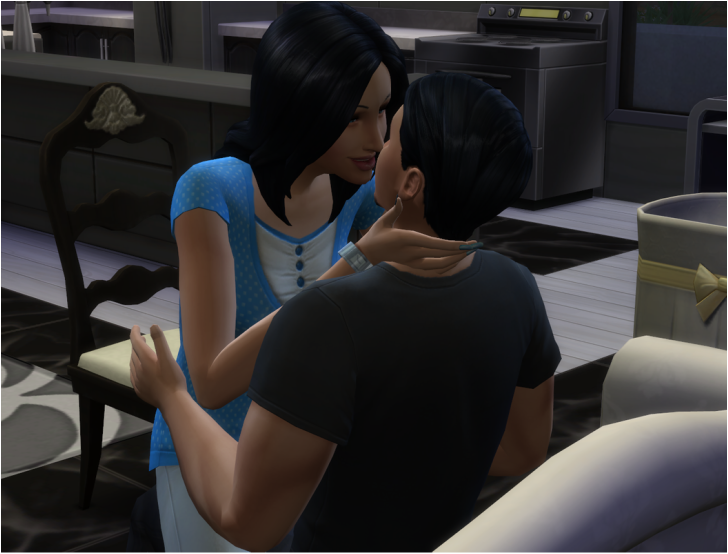 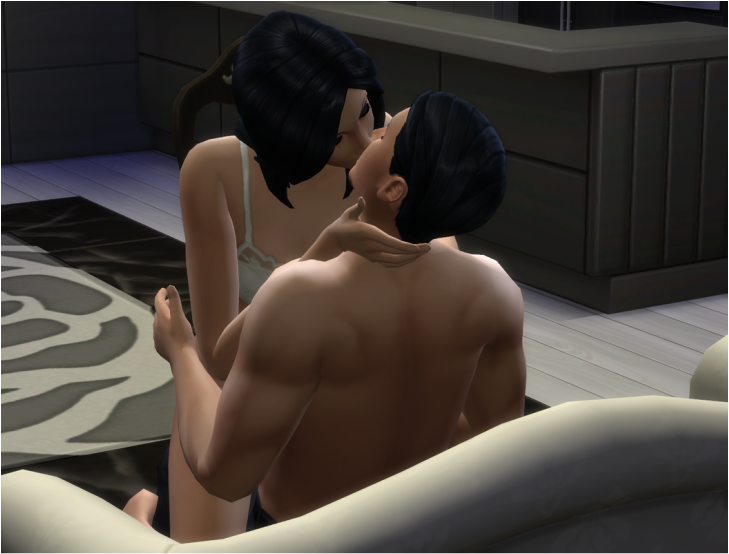 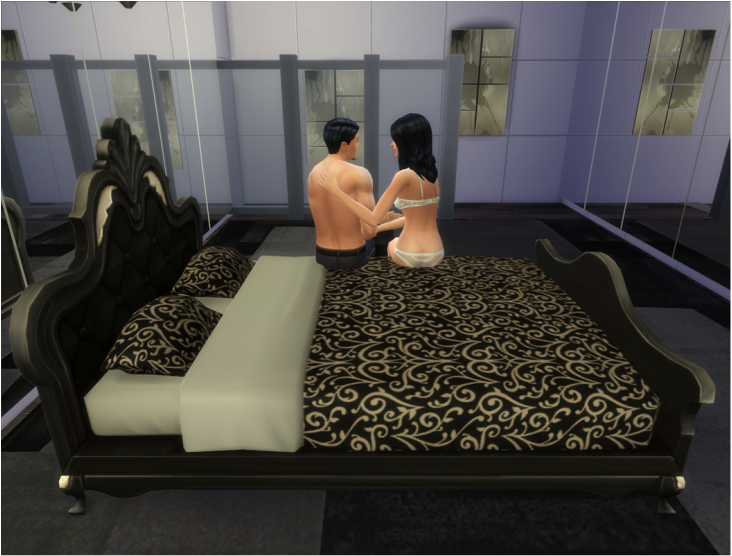 Tony: "Are you sure you want to do this?"
Beryl: "Are you trying to stop me? It was your idea. Testing a theory, remember? What was the theory anyway?" 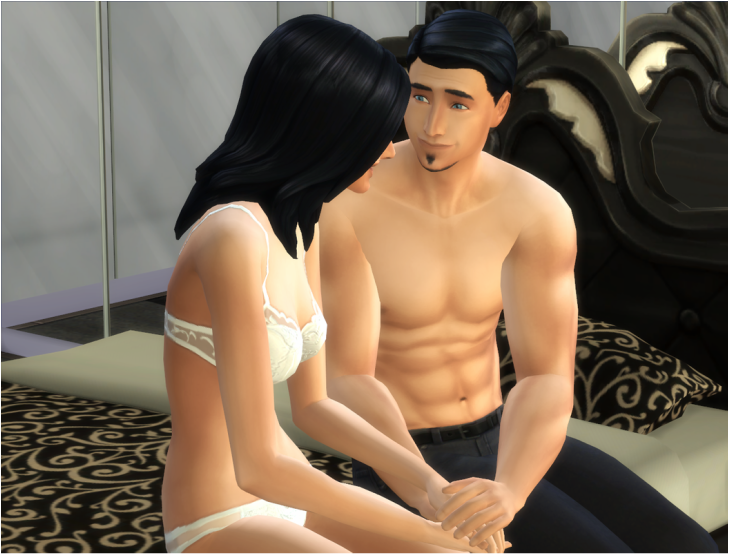 Tony: "That you wanted this as much as I did. But when I mentioned it the first time, you got really mad mad."
Beryl: "You know, right now you are really...
Tony: "Insufferable? Irresistible?" 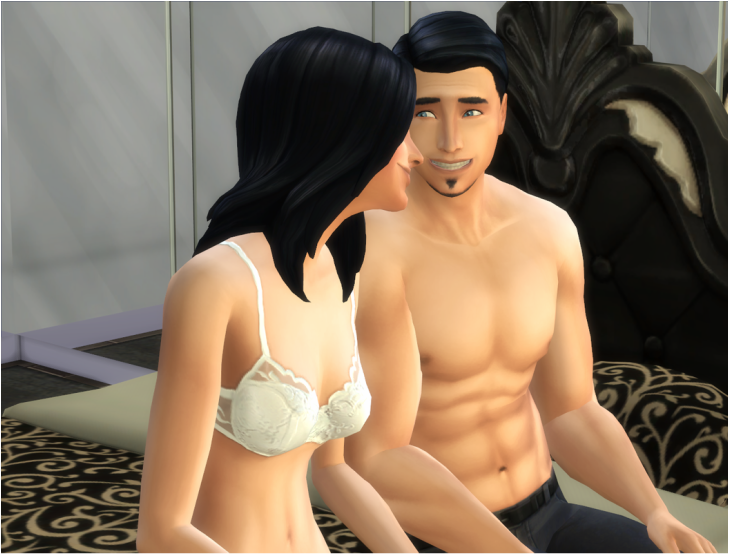 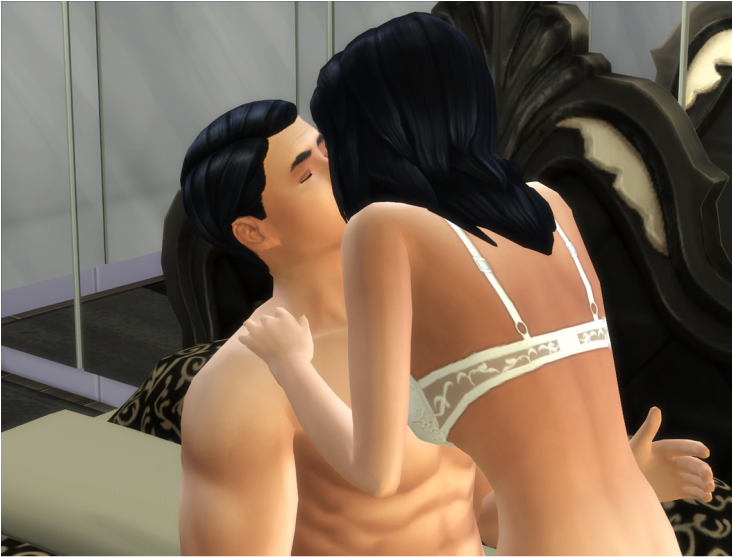 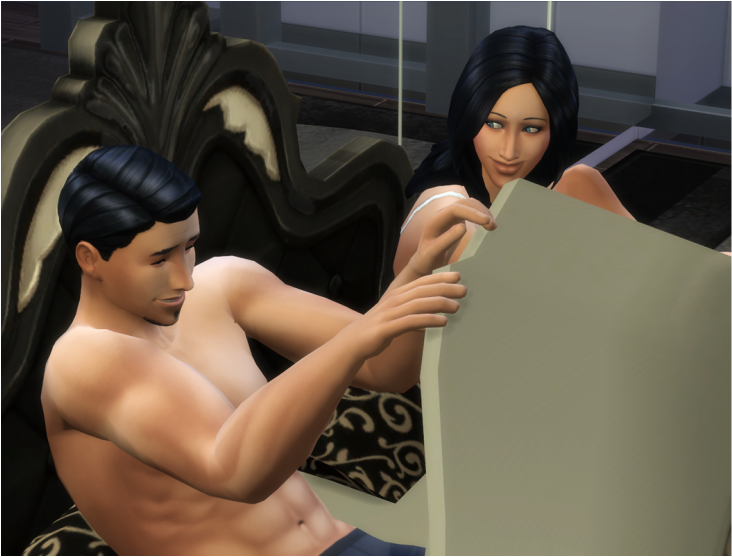 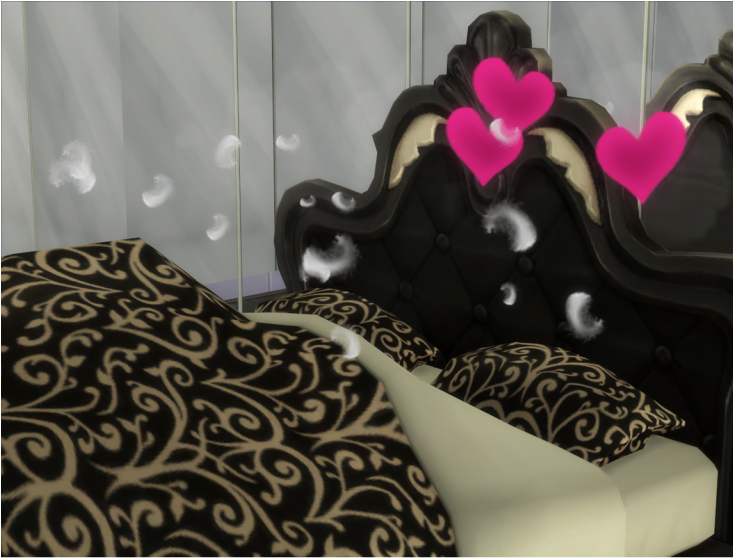