Bad girl drunk by six
Kissing someone else's lips
Smoked too many cigarettes today
I'm not happy when I act this way
​
Bad Girl by Madonna
​3.20 Bad Girl
I was doing my homework, when I realized I forgot to borrow two books I wanted to quote from. The school library was already closed at this time. I had no choice but to drive to Willow Creek public library, since there was none in Newcrest.
​ 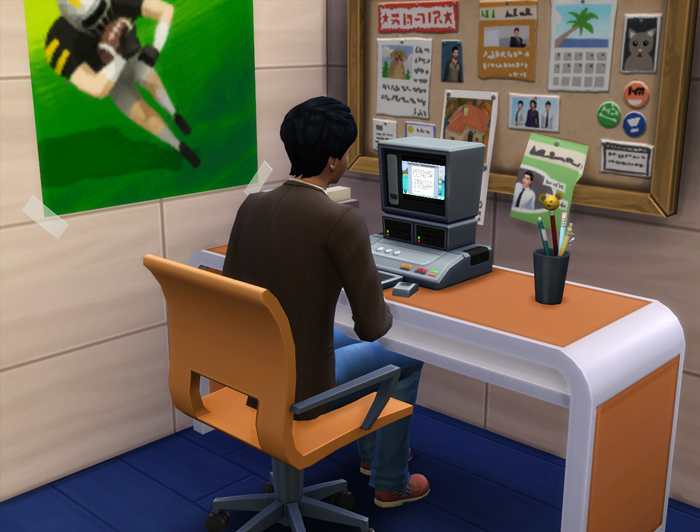 But as I walked to my car, I encountered yet another problem. I had an unwelcome passenger, none other than Raven Nightshade. Honestly, I didn't know what to do with her.

"What are you doing here, Raven?" I asked in mildly irritated tone.
​
"Oh, hello, Legacy boy. I was just testing the back seat of your car, if it is comfy enough for woohoo, you know. Wanna join me here?"

I felt my ears turn red at the mention of woohoo. I bet that was what Raven wanted - to unbalance me. Woohoo is a hot topic these days. Everyone's talking about it, everyone pretends to have done it, although most of us haven't. But if I was to guess, I would say that Raven didn't have to pretend anything.

"I need to be somewhere. Get out of my car, Raven."

"Nope. I like it here. But don't mind me and drive wherever you need to."

So she decided to be difficult.
​ 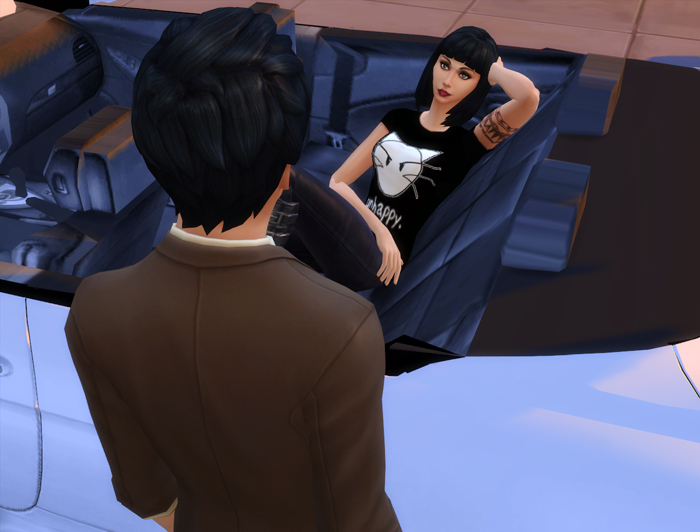 "I don't have time for this," I said and sat behind the wheel fastening my seatbelt. Maybe if I ignore her she would get tired of this game. I started the engine and revved it a little just for the joy of hearing the awesome sound. As soon as I turned the car around and headed for Willow Creek, Raven climbed in the passenger seat next to me, making it harder for me to ignore her. After a couple of minutes she started prodding me.

"Can't you step on it? This car wasn't made for sissies."

"I'm not a sissy," I objected and immediately reminded myself I wanted to ignore her. I pressed my lips together and maintained the speed to spite her. I didn't want to spend all my pocket money to pay for a speeding ticket. But I didn't tell her. She can think of me whatever she wants. I didn't need to show off. With the corner of my eye I noticed she smiled, when I didn't accelerate. She kept studying my face very closely. It was kind of unnerving, especially while driving.

"The person who bought this car knew how to enjoy life unlike you," she spoke again.

I pouted at her comment. She knew nothing about me.

"I bet your mysterious father bought it for you. Maybe as an apology for not being around."

I shot her a glance. She was quite observant, I had to give her that.

"Your mother would never buy you such fast car. Despite what Max says I think your dad must be a very interesting person. I'd love to meet him one day."

I had to laugh. "You wanna date my dad?"

"No. I'd just like to meet him and get to know him. Although, I might want to date his son. I haven't decided yet," she said casually, which almost caused us to crash into the nearest tree. I felt a sweat beading on my forehead and breathed out with relief when I managed to avoid the collision. Raven stayed completely calm all the time and was even smiling! She was enjoying this! Girls weren't supposed to act like this! Girls were supposed to be shy and decent, not so blunt and disconcerting! Thankfully, we finally arrived to the library.

Raven clearly decided I hadn't had enough of her torturing presence and followed me inside. 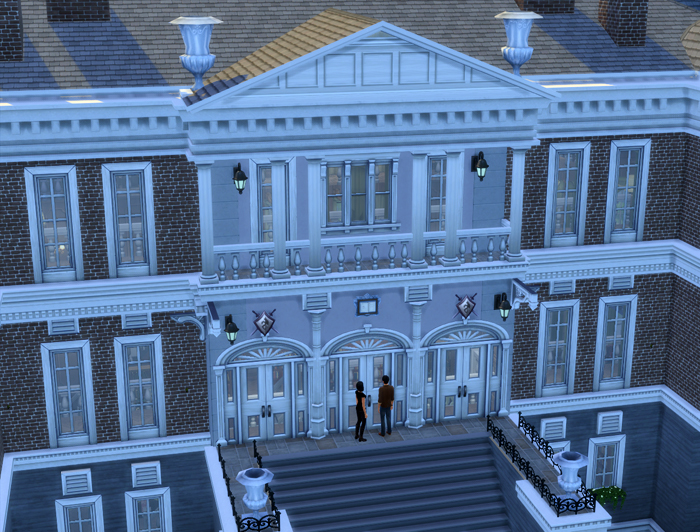 ​When I was looking for what I came for she quietly sat and read a book. Probably a Kama Sutra or something like that, I thought. Curious I looked over her shoulder. "The Roads To Freedom," I read the title. "Sartre?" I asked disbelievingly.

She looked up. "What? Did you expect me to read something with smutty pictures?" When she saw my face, she laughed. "You did, didn't you?" 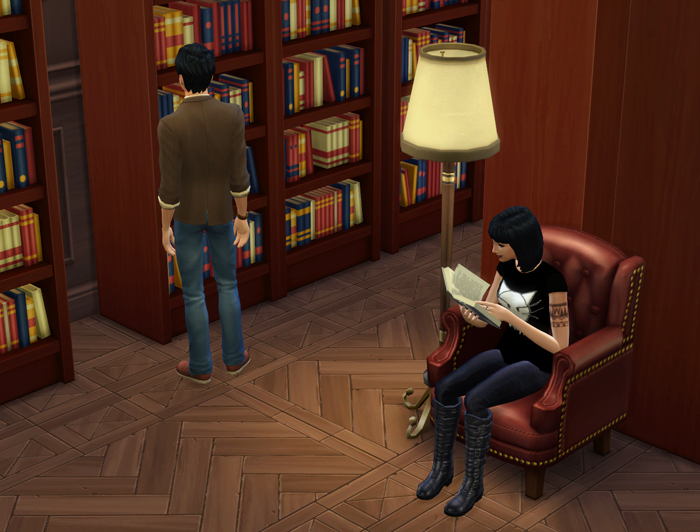 "Maybe," I said. "But I would have never guessed that you found the existentialism appealing. The angst so typical for existentialists seems foreign to you."

"You're right," she smiles. "I'm more of a empiricist, you know? I want to experience everything. Taste the world so to speak. I want to become a writer and what kind of writer I'd be if I had nothing to write about?"

"Why read Sartre then?"

"And why not? Nothing wrong with broadening one's horizons, don't you think?" 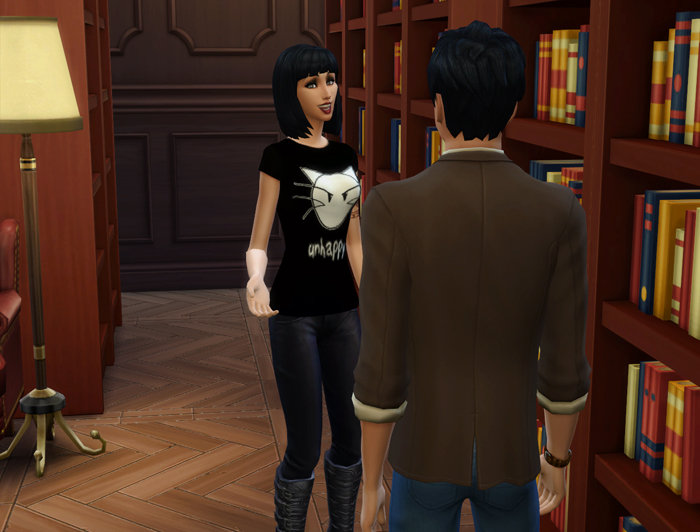 When we headed back to the car, I kept shaking my head inwardly. Have I really been discussing philosophy with Raven Nightshade? I shot her a sidelong glance. She was smiling again and looked very self-contented. Why did I have a feeling I had just gone through some kind of a test?

"We should do it again sometime," she said and winked at me, when we arived to my place. I offered to drive her home, but she refused. "Next time I could bring the smutty books you suspect me to read," she teased and I felt my ears turned red again. "Oh, and we have a club gathering at the Camel's back pub on Friday. It would be fun if your club came too and you could ruffle Max's feathers again." And with that she left. 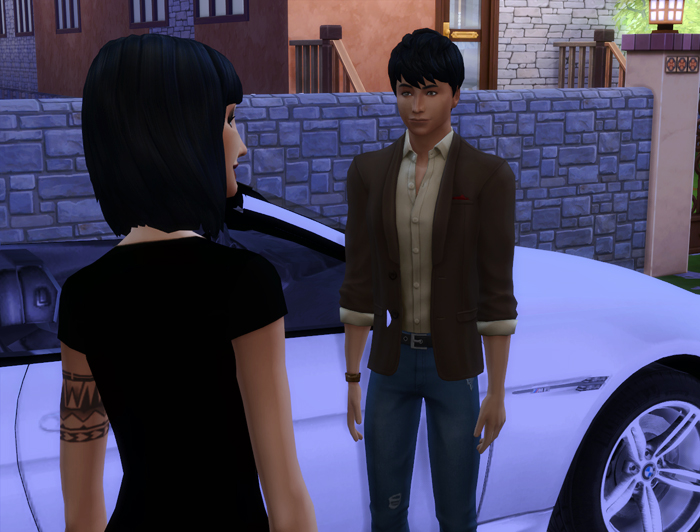 * * *
​Kristi and I watched in horror as my brother drove off with Raven Nightshade. Why didn't he drag her out of his car? Oh, Creator, don't let him like her, please. Anyone but her.

We couldn't work on our essays anymore. Instead we went to my room and spun theories about what Chris and Raven were doing.

"Do you realize Raven is totally capable of forcing herself onto him," Kristi pointed out.

I covered my eyes and groaned. A vivid picture of Raven looming lustfully over my helpless brother burned itself into my brain. "If she violated him, we could still help him recover. But what if they start dating?"

Kristi's eyes widened with panic. "We have to dispose of her," she stated grimly.

"There's only one weapon worthy of our cause," Kristi made a dramatic pause. "Poison."

"How do we make her ingest it?" I asked.

We go on like this for about an hour. Raven Nightshade has died a dozens of horrible ways since we started. My favourite one is decapitation with a chain saw. 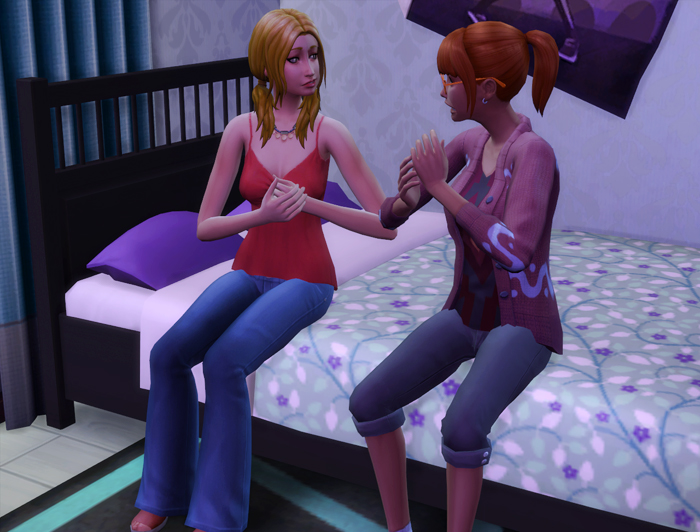 ​
Later we heard the sound of car engine and immediately ran to the window in mom's bedroom. Chris was back. With Raven.

"It seems our hopes that she would end up run down by a roadroller were futile," I commented on their arrival.

"Well, at least she didn't kiss him goodbye," Kristi said.
​
We returned to my room. Kristi ended up looking at the picture of Chris and myself as kids for the millionth time. "You were so cute as little kids," she said, but I knew very well, that she had eyes for my brother only. Not hat I blamed her. I had also thought he had been cute as a button when I had first met him at the orphanage. In a way he still was.

Then it was too late and Kristi had to go home. 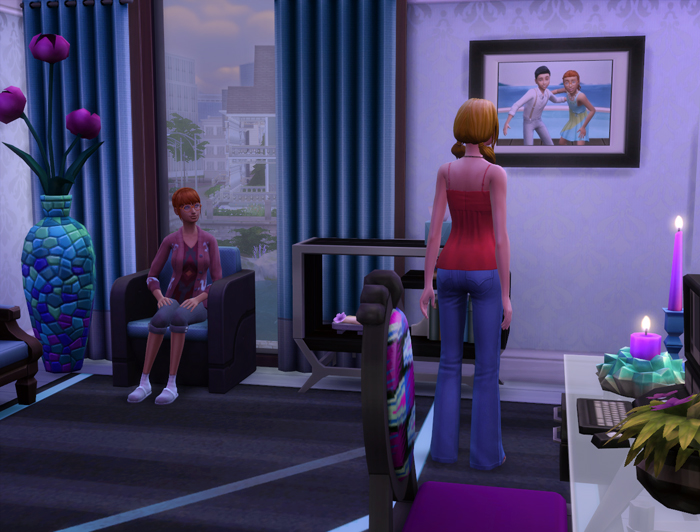 We descended the stairs when the bathroom door opened and Chris emerged with nothing but a towel on. Kristi tripped and almost fell all the way down. I managed to steady her just in time. 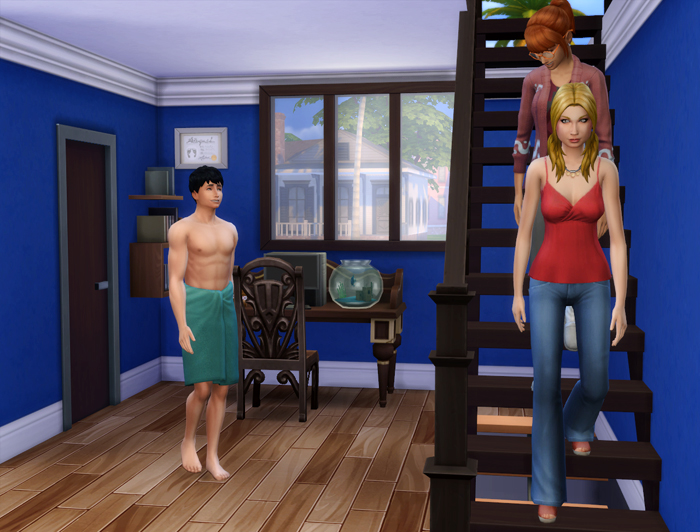 Kristi's cheeks turned red. I felt I was blushing too.

"What are you up to, girls?" Chris asked. How can he be so casual? He's the one who's standing there almost naked in front of my best friend. If it was me and one of his friends caught me like this, I would probably wish the ground swallowed me up.

"On the other hand," interjected Kristi, "I might stay a little longer. Any chance you'll be selling permanent passes for your shirtless parades?"

Chris shot me a hesitant look. I grabbed Kristi by the arm and dragged her out before awkward silence could fall upon us all.

"Girls?" Chris called after us. Kristi turned around with such a hopeful expression on her face that I nearly started laughing. "There'll be a club gathering on Friday. Camel's back pub."

"Okay," I said and dragged Kristi outside.
​ 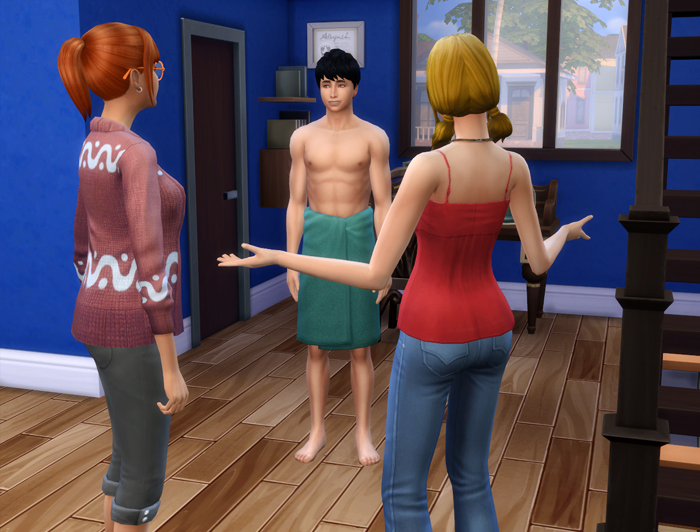 "Oh my Watcher!" Kristi breathed out and fanned herself with a hand. "You witheld a vital information from me," she blurted out.

"When did your brother get that six pack, Kellie?" she asked with eyes nearly popping out of her eyesockets.

"Do you realize that what just happened is going to become food for my dreams for the next couple of months?"

I covered my mouth and giggled.

Then Kristi grabbed my shoulders and looked at me with grave seriousness. "We cannot by no means allow Raven Nightshade to have his body all for herself!" 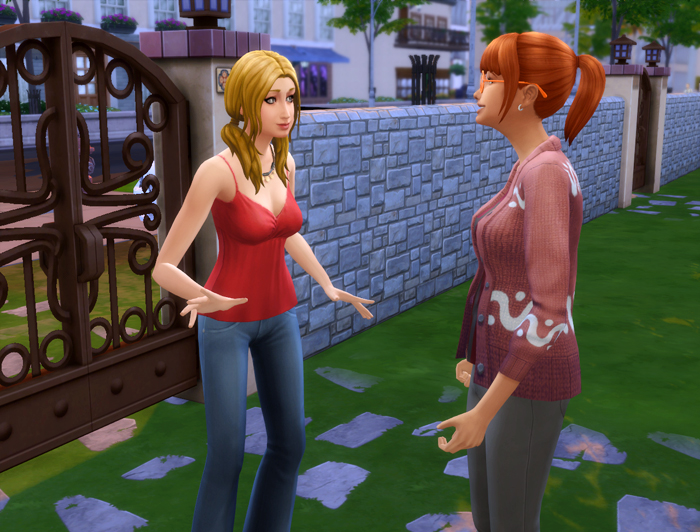