WARNING: I recommend not reading this chapter if graphic depictions of violence cause you any discomfort

3.43 The Day Kellie Returned
Kellie was waiting in now empty airport lounge in Willow Creek for Chris to pick her up. He was late. They were supposed to stop by the new restaurant for a take out food. From Newcrest to Willow Creek it was no more than an hour ride. Did he forget I was coming? she thought confused. 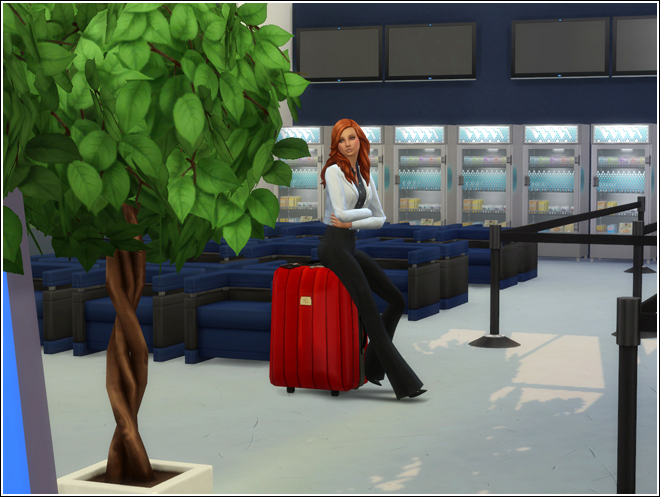 Kellie has been waiting for two hours and was already pretty hungry. She looked at the digital clock on the wall. Plum it. I give him ten more minutes and then I'm taking a cab. Meanwhile I'm going to get a snack at the buffet. 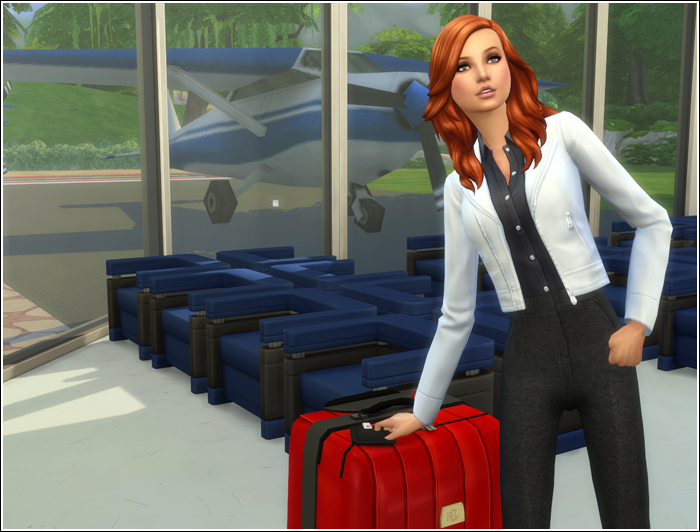 She tried repeatedly to reach him oh the phone but the call went straight into voice mail. She left him a message then and called a cab. I hope he didn't have an accident or anything. 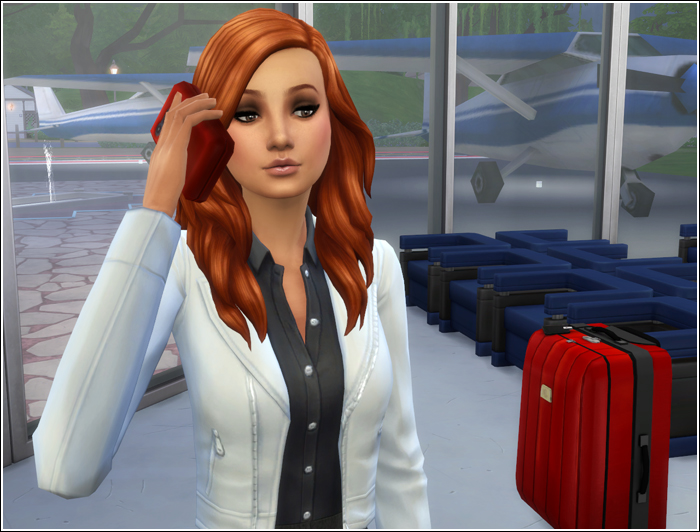 ​Despite having to rely on another means of transport home than she planned, Kellie was happy to be back from Windenburg. Although she loved the city and met there many amazing people who treated her nicely and also learned a lot about herself while staying there, she didn't wish to spend her life in that place. 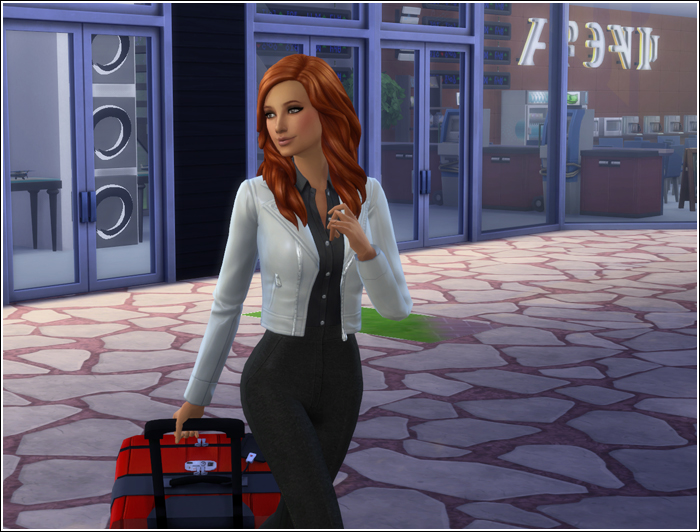 ​
Now she had one more reason to look forward to her return home. Celeste. Her new little sister. She couldn't wait to see her and hold her. It would also be great to see the rest of the family again. She smiled. And she had a lot of catching up to do with Thomas. He has been such a good friend, keeping her in the loop regarding all happenings back at school and in the town the whole year. 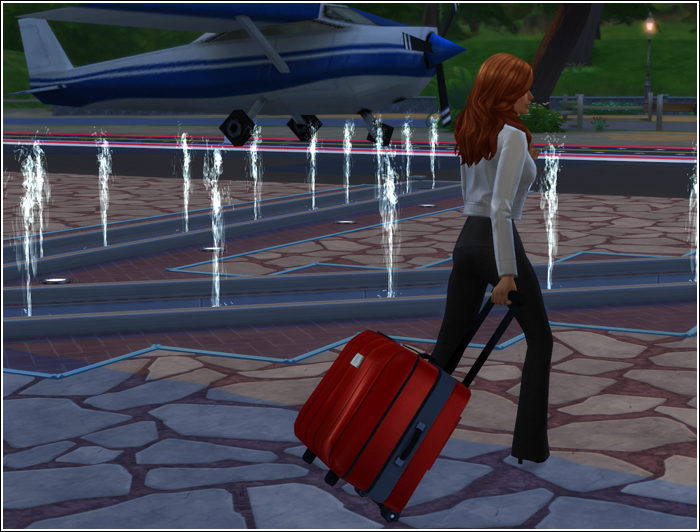 *  *  *  *  *
While in the cab she tried to call Beryl, but she wasn't answering either. She's probably busy taking care of the baby, Kellie thought. But she had a strange gut feeling that it was not the case.

She got off the cab and looked at the large house she called home for the last twelve years. It was dark, no lights in the windows. Are they not home? Where are they? 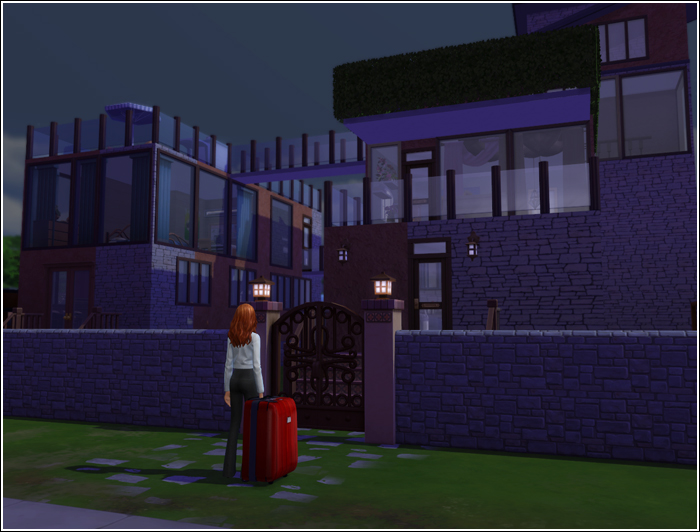 The door wasn't locked. She entered the kitchen. She smelled a spoiled food and indeed there was an untouched plate of pasta on the table. She heard crying coming from the next room. Celeste. "Mom? Chris?" she called out.
She entered the living room and turned the lights on. 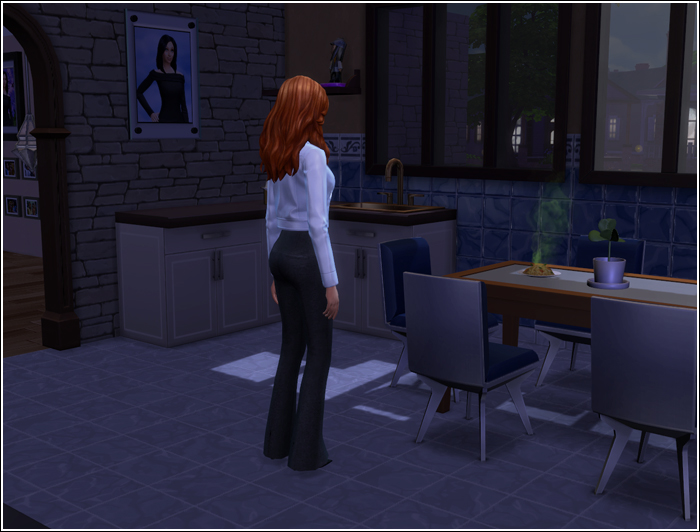 Then she saw it. A wave of nausea hit her at the sight. 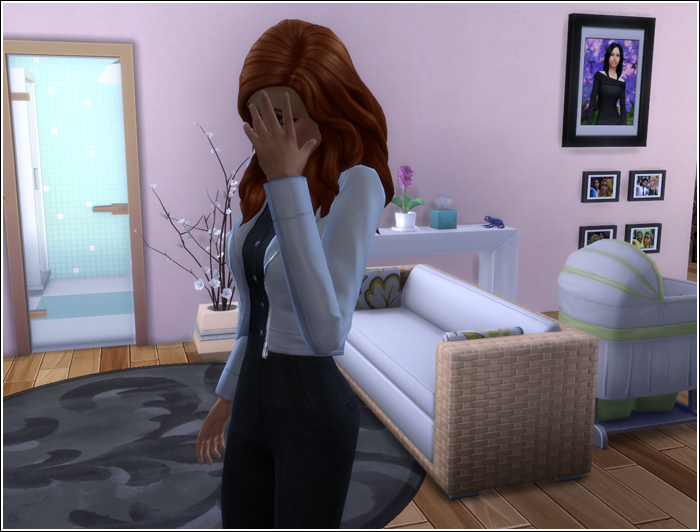 Oh no, Watcher, please don't let it be true. No no no. 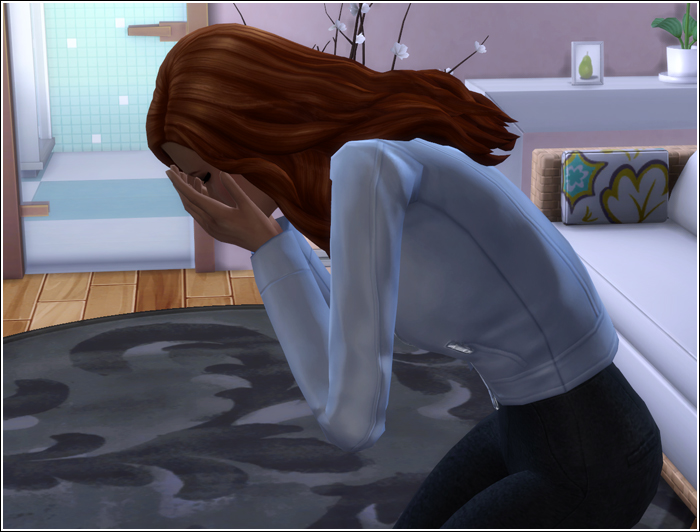 Kellie has never seen a dead person. And tonight she walked right into a nightmare. 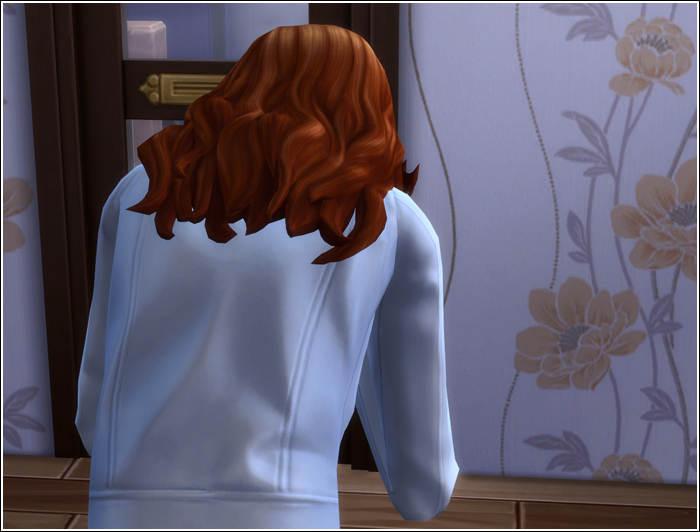 She didn't know how long she stood there over Ronan's body, her brain refusing to accept what her eyes saw, it could have been seconds or minutes, before her survival instincts kicked in. The killer might still be in the house! You need to get out! 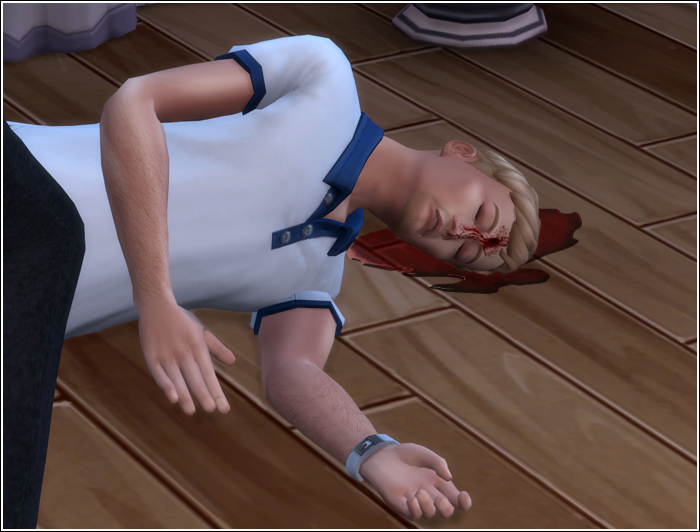 She started running for the door and then she stopped in her tracks. I can't leave the baby here! She returned and lifted Celeste from the bassinet and ran outside. She called the police right after that. And also uncle Brian who thank the Watcher picked up and promised to be there in ten minutes. 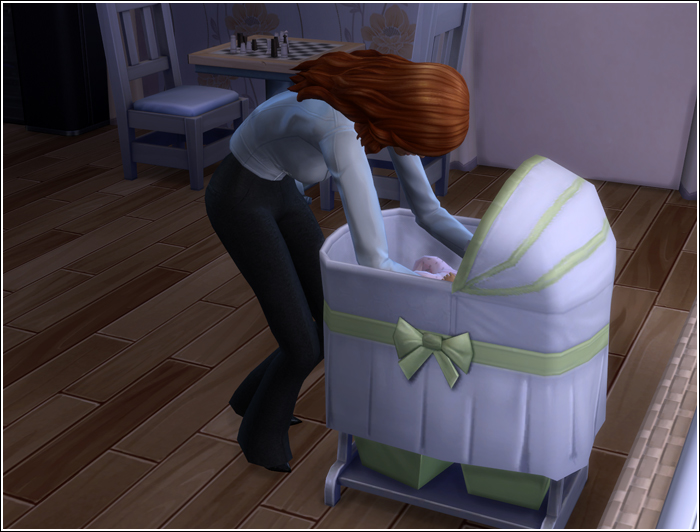 Soon the place was bristling with cops. They searched the whole house and then secured the area with crime scene tape making the whole nightmare more real. The situation she dreaded most - that they will find Chris and her mother dead in their bedrooms upstairs - didn't happen. One of the officers whose name Kellie didn't remember took her statement. Then the detectives arrived, one of them - detective Mitchel - asked her more questions. He was very sympathetic and kept calling her "madam". Nobody ever called her that. He also showed her a picture of Chris' father and asked her if she had ever seen him talking to her mother or Chris. What does Tony have to do with this? She told him she never saw him talking to any of them. Which was true. 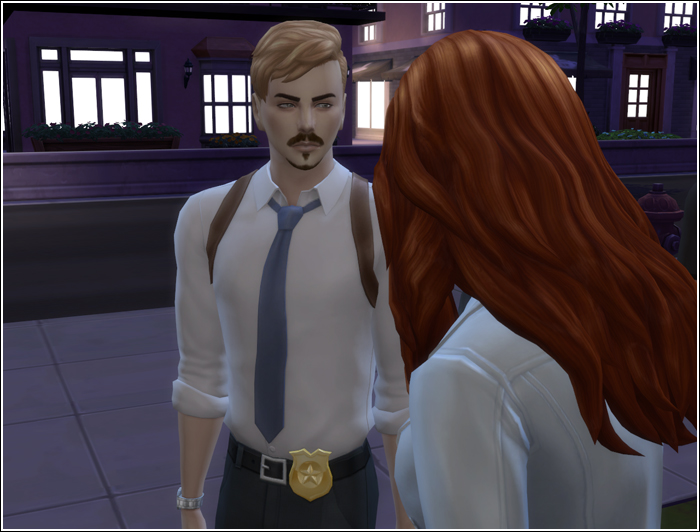 Later she overheard them talking.
"So. What do you make of it, Carl?" detective Mitchel asked his partner.
"I think that maybe Mrs. Heffner finally decided to run away with her lover, Tony Corleonesi, her son's father."
"And the dead husband and the baby?"
His partner shrugged his shoulders. "He probably caught them on their way out of the back door and Corleonesi disposed of him. One shot to the head as at his many previous victims. As for the baby, who knows? If it was the husband's maybe Corleonesi didn't want to take her with them. Tha same goes for the young miss Heffner. She's adopted, not related to him. He already proved he's a ruthless bastard. He probably cares only about his own blood."
"That's pretty crazy theory, you know that right?"
"Do you have any better?"
​"Not yet." 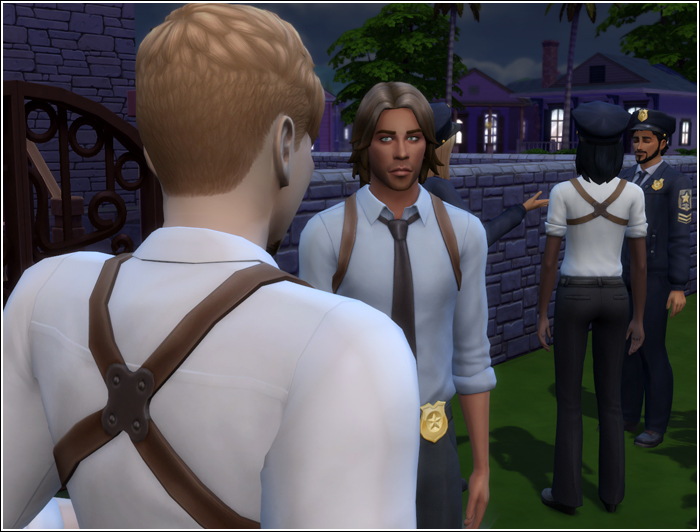 Could Tony have done this? She couldn't believe it. And yet she remembered how his eyes gleamed when he was talking about his plan to get Chris out of Newcrest. And he loved her mother. Did she still love him as well even if she married Ronan? Kellie's thoughts were whirling. Her mom wrote the romantic book while Kellie was in Windenburg. Could Tony be Enzo? This is all too crazy! Think Kellie! She took out her phone and dialed the number Tony had given her. Voice mail. It seemed to much of a coincidence. 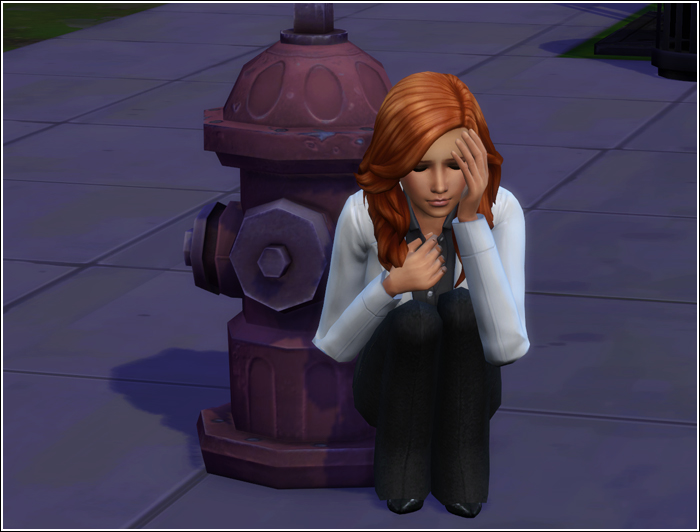 She shared what she heard the detectives say and her fears with uncle Brian.
"I didn't know you met him," he said. "I met him too once. As much as I didn't like him I don't believe he would do this. And I really doubt he would leave little Celeste in the empty house like this. When I saw him with Beryl and little Chris I had the impression he loved kids even though he didn't know how to handle them. Tony wouldn't be the worst thing to happen to your mom and brother, Kellie. No, I'm afraid this is someone else's doing."
Kellie felt tears streaming again down her cheeks. "But what do they want? why did they kill Ronan?"
Brian shrugged. "We'll have to wait for the police to find out. Or until they contact us. These people usually want money. Now come with me. Let's take Celeste and go to my place. Marissa and I will take care of both of you until we know more." 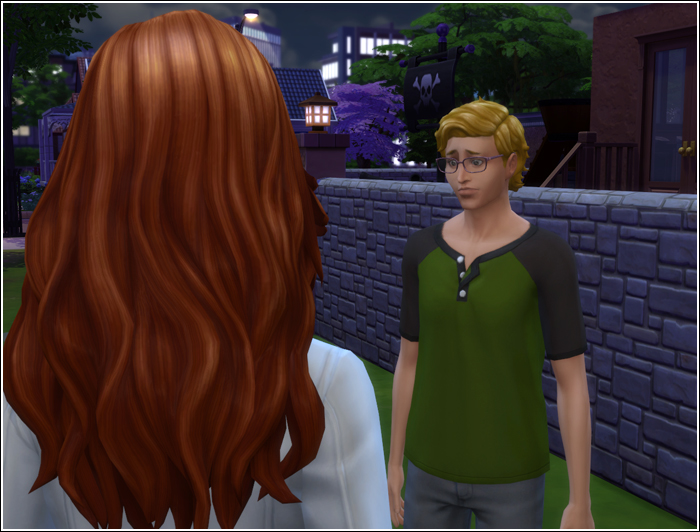 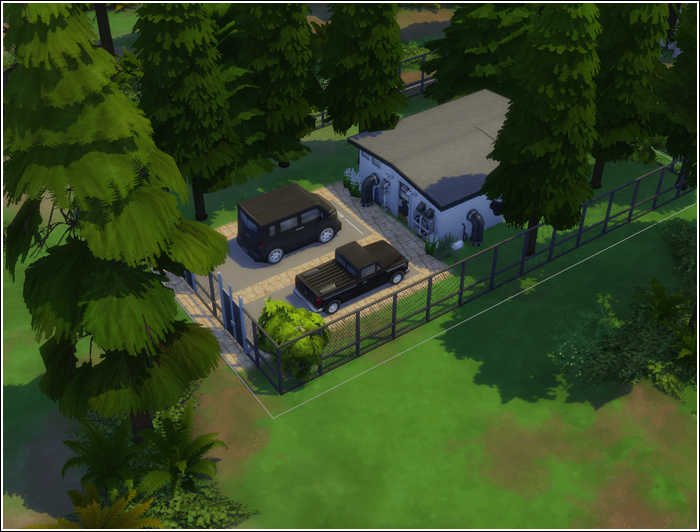 "What do you think they want from us, mom?" Chris asked his mother. He was still reeling from the shock that five men in ski masks invaded their house, made them get in their van and took them Watcher knows where and threw them into this cell. They didn't even let him take his shoes and his mom must have been freezing all the way in her thin nightdress. Yet she didn't complain.
"What these people always want, Chris. Money."
"What did they do to Ronan? Do you think he's...?"
"I don't know, Chris. We have to sit and wait. Kellie must have come home by now. She will call the police. They will find us. And if not the police your father will. Your father will always find us, Chris. You can count on that." 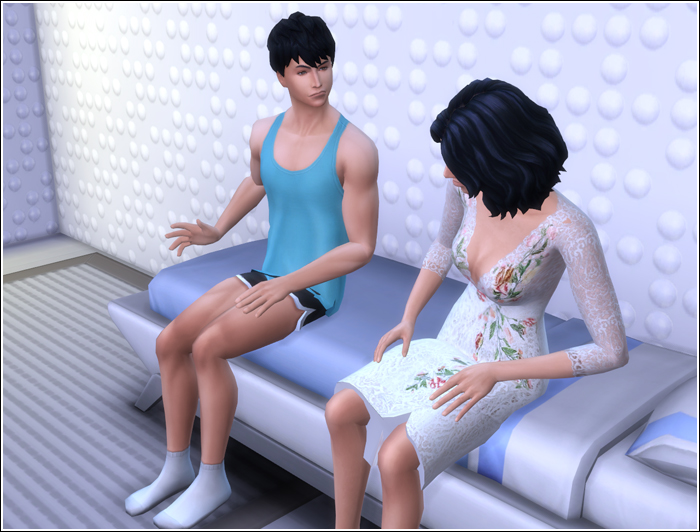 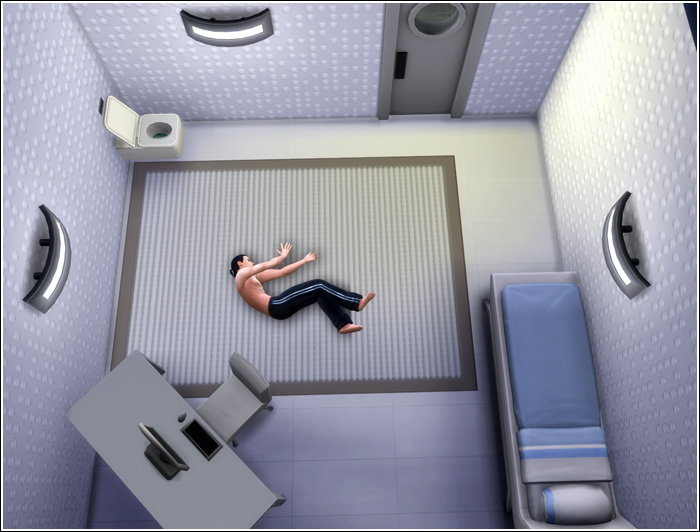 Author's note: the honor of building the place where Beryl and Chris are being held fell upon the amazing swcheppes. If you want to explore it, feel free to dowload it from the gallery under her ID swcheppes. I made some changes to it, so don't hope to find any spoilers. ;o)
Powered by