Chapter 2.16
When Beryl returned home, Babs was the only one present to welcome her. Andrew and Batyr were at work. No need to say it was a very happy reunion. Nothing could pull Babs apart from her found son now. She almost didn't notice that Beryl was unusually quiet and soon after her arrival she disappeared in her room. However such things rarely escape a mother's attention. 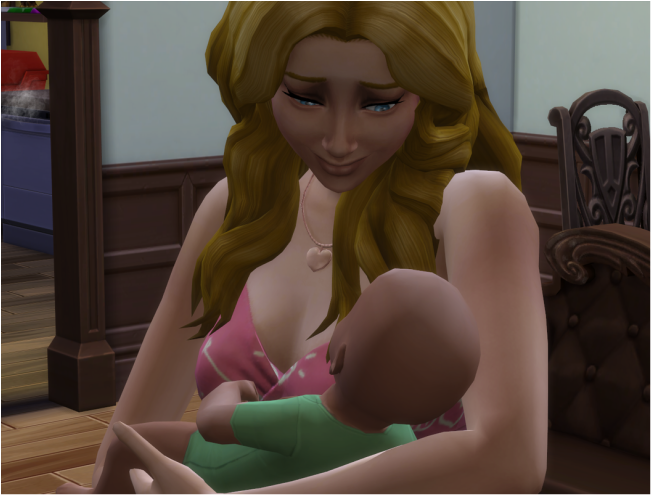 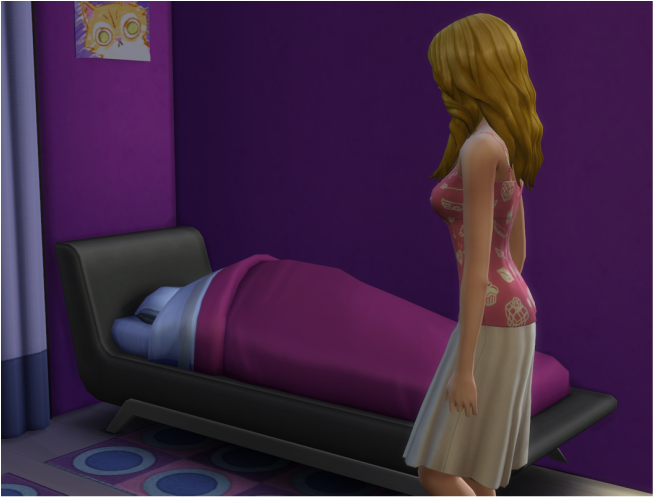 Beryl peeked out from under the blanket. Her eyes were red and puffy.

Babs was perplexed. They had the baby back. They should be celebrating. What could possibly happen to make her daughter so unhappy? 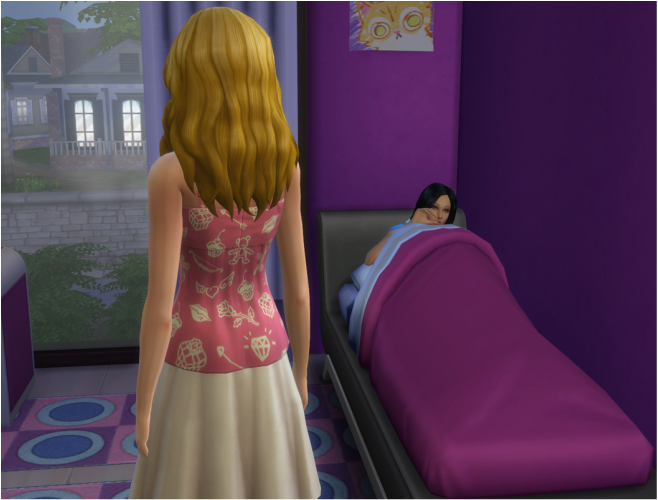 And so Beryl did. She told Babs about the night Tony first contacted her, how they met and then saved Brian together. She told her how she fought her growing feelings toward Tony, how the police questioned her and what Tony did to get her out. She even told her about the night she had spent with Tony. 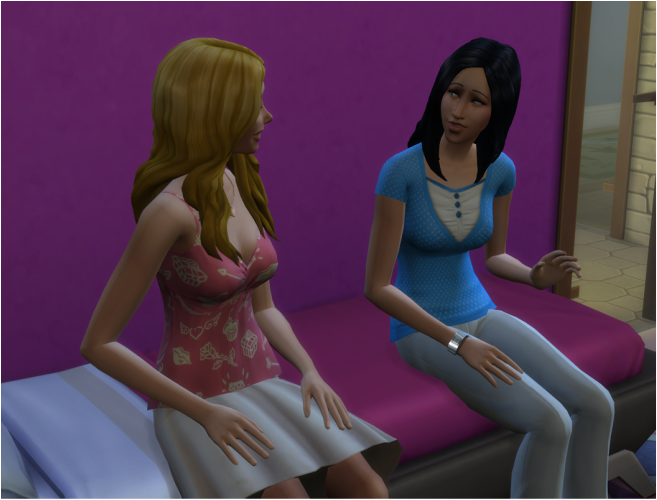 Babs: "So this man is actually a criminal?"
Beryl: "Yes. Although he never treated me badly. There was something about him that made me want to strangle him and kiss him at the same time. I guess the urge to kiss him outweighed the urge to strangle him in the end. He saved Brian, mom. He didn't take anything in return." 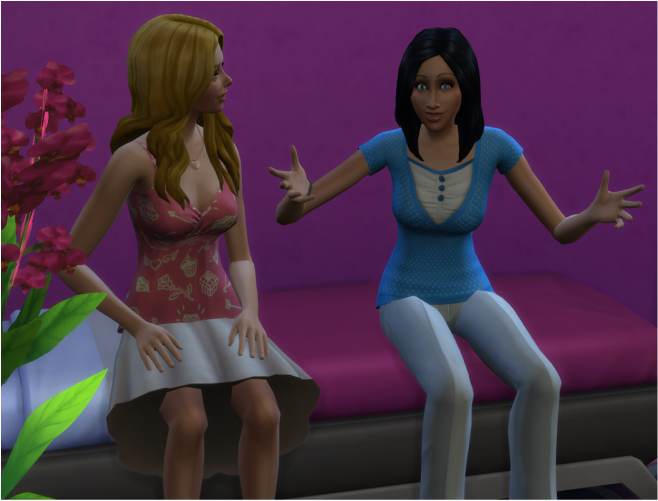 Babs: "Oh, didn't he? I hope you at least used a protection."
Beryl: "Um... we didn't. I mean, it happened all of a sudden and it was my first time, so what are the chances I get pregnant? But the point is that I love him and I have no way to contact him. I don't know whether I'll ever see him again. I already miss him so much." 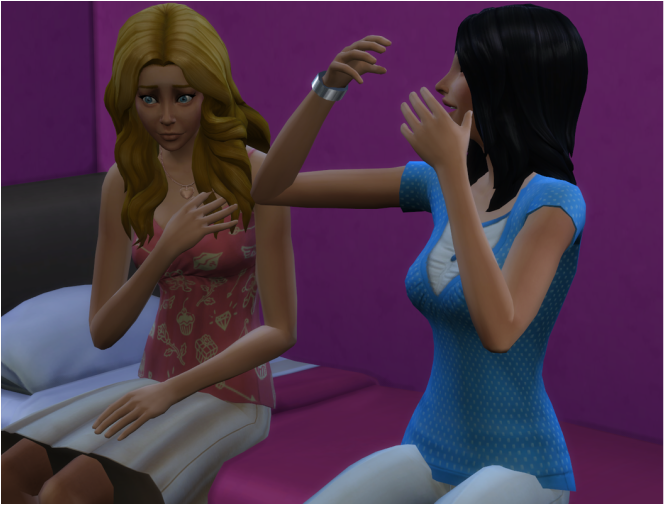 Babs: "You woohooed with a stranger and you didn't protect yourself? What were you thinking? You're an adult now. I wouldn't  expect such irresponsible behaviour from you. You must take a pregnancy test. Now."

Babs realized that she had failed to educate her daughter in woohoo matters. How could this happen? Most kids knew everything from the Simnet even before they reached teenagerhood these days. How come Beryl didn't? 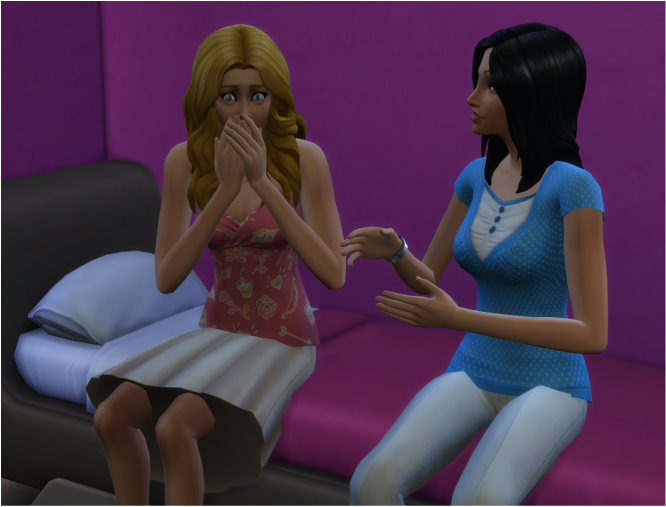 Beryl went to the bathroom to take the pregnancy test. That's all she needed to get pregnant atop of all this mess. 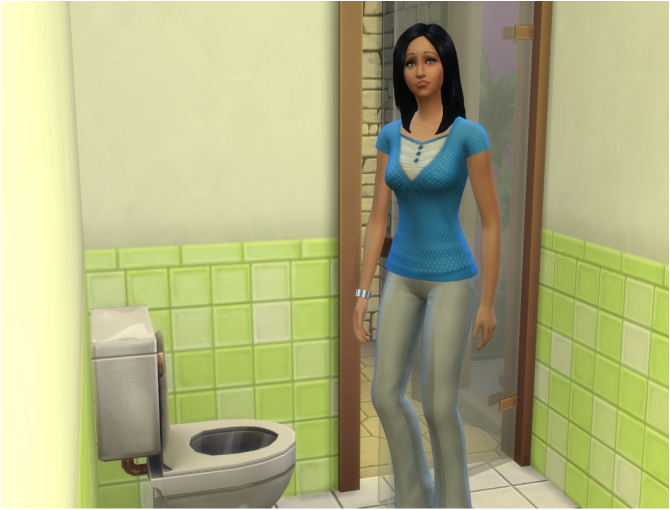 It was the longest and terrifying couple of minutes she ever spent there. 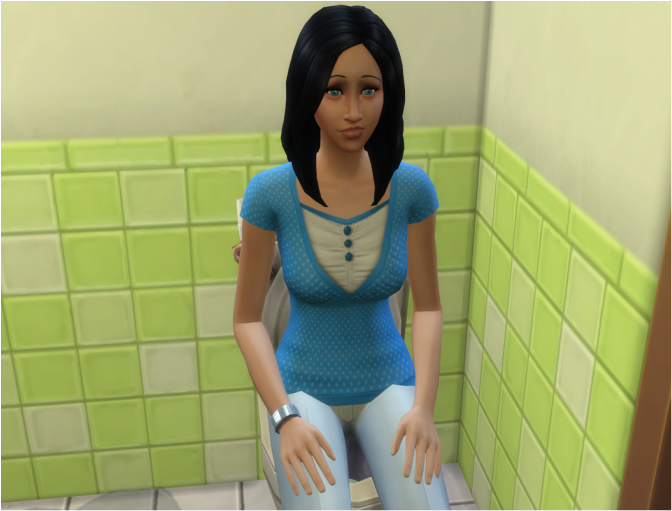 The test came out positive.
Just my luck, she thought. My first woohoo and I end up pregnant. 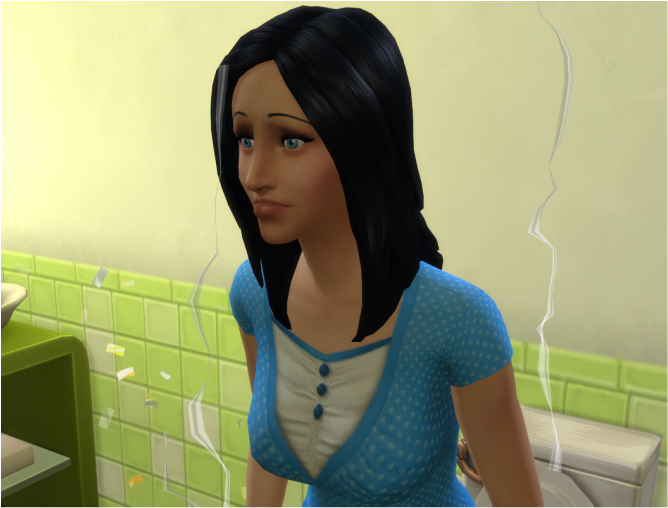 What am I gonna do? I have no means to tell Tony he's going to be a father.
​How could my life turn in such a mess in a couple of days? 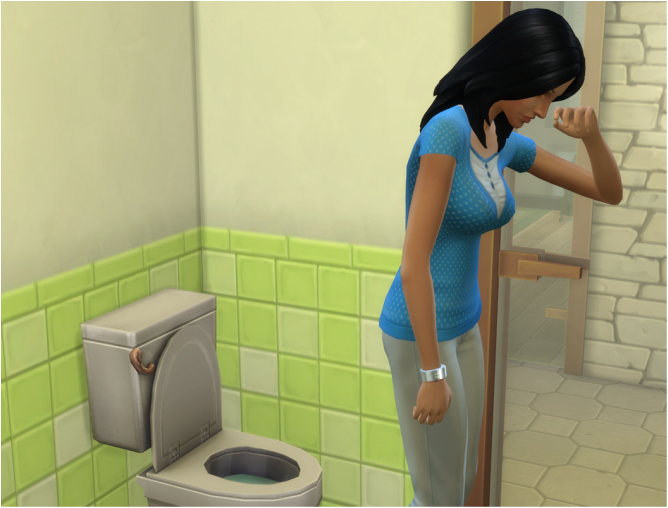 She tried to picture herself with a big belly.
​Goodbye pretty body. 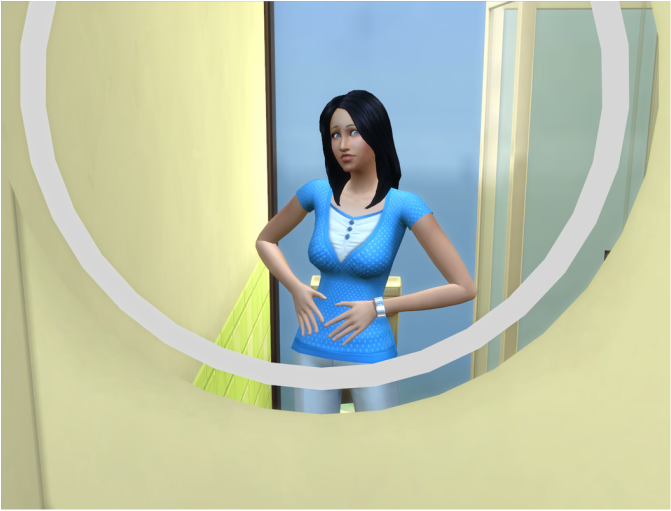 She couldn't bear the idea of being a single mother.
I'm not ready for this. I'm so lost! 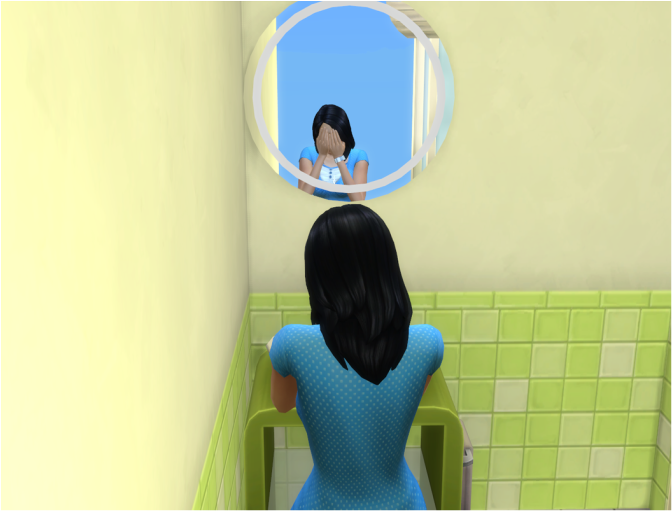 Feeling devastated she went to tell her mother the big news. Babs took it surprisingly calmly.

Babs: "I know this is far from what you would want or what any of us would want for you, Beryl. But in this family news about babies are always welcome. We will help you as best we can, your dad and me."

Beryl turned even paler than she already was. "Oh plum. How am I going to tell this to dad?"
​
Babs: "You don't have to. I'll tell him when he comes home from work. What's done is done. We'll deal with it. We'll take care of your baby and we'll love him or her, don't worry."

Beryl still couldn't believe it. I'm gonna have a baby, she repeated in her mind. She felt less frightened after her mother's speech. Tony's baby. A boy or a girl with Tony's smile. When she thought of it she almost started looking forward to it. Almost. It was too early for that yet. Maybe it isn't such a bad thing. In case I never see him again, I'll have someone to remember him by. 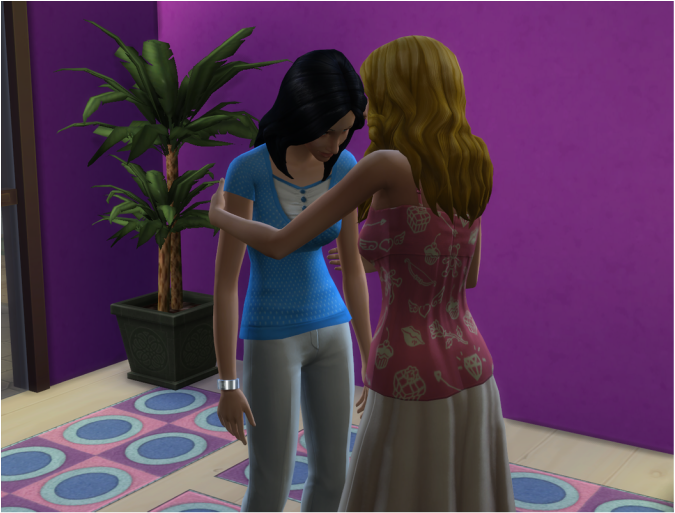 Beryl: "I don't know what I would do without you, mom. I almost forgot I'm not alone in this. Thanks for reminding me."
Babs: "We are family. We have to stick together."
​ 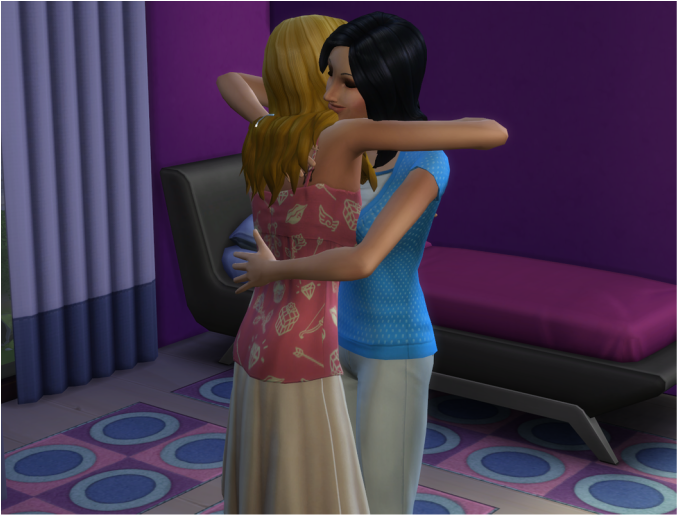