3.34 Beryl in Peril
Ronan's house was one of the modern bachelor lofts in Willow Creek. Beryl first used the doorbell, just in case, before she climbed over the low fence. The house door posed a different problem. Beryl tried to pick the lock, but it was more complicated than it looked in the RPG game she saw Chris play couple of times. No, she wouldn't get inside through the main door. 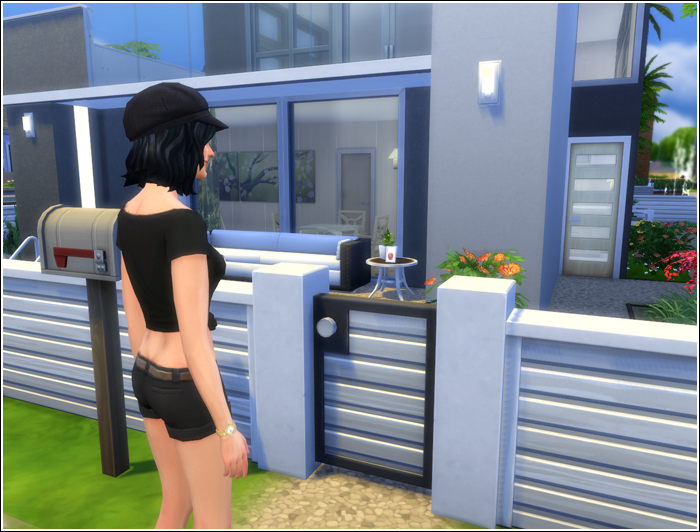 She walked around the house pushing at the windows until she found one that was open. This time climbing was a little bit harder because of the high heels she wore. Tony would not approve of these shoes she was sure about it, but she just couldn't resist wearing them to this outfit. 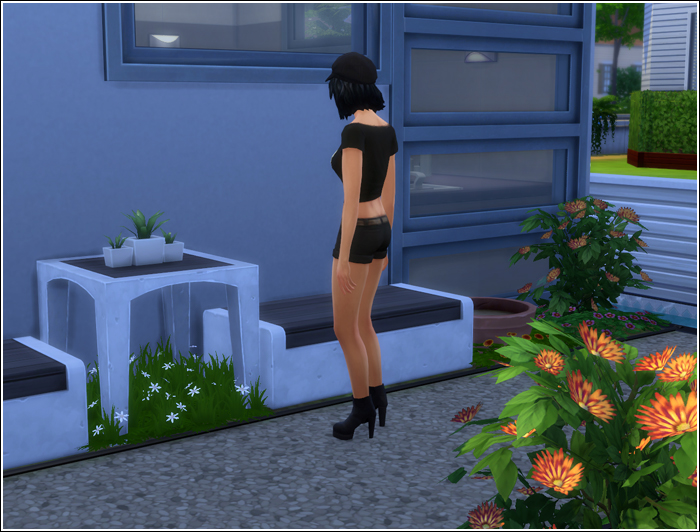 Once inside she headed straight to Ronan's bedroom. If there was anything to be found in this house it would be most likely there. He had his computer in there, not that Beryl thought she could hack into it, and his desk. Beryl decided she would start with the drawers. 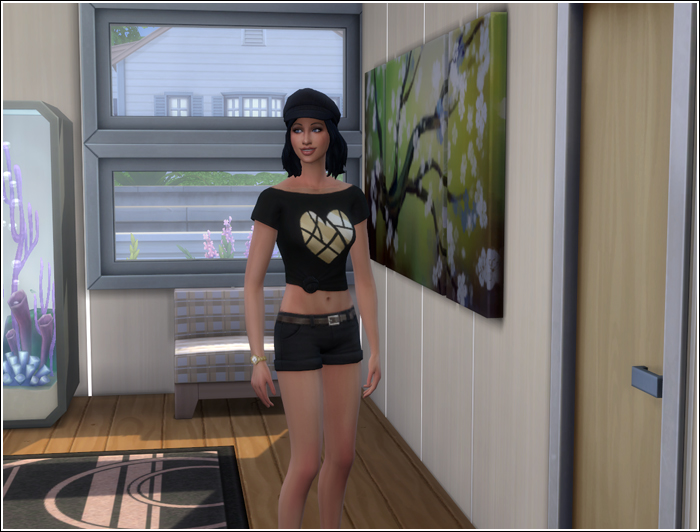 She checked the first drawer and didn't find anything of interest there. Only some bills that were paid in time and carefully stored, birth certificate and other documents related to Ronan's medical education and his work.

When she attempted to open the second drawer it turned up to be locked. A locked drawer could mean only one thing - secrets to be revealed! She tried again her lockpicking skills. This lock seemed to be somewhat less complex than the door lock. She almost managed to open it on the first try with her hairpins. Almost. "Dammit!"

Little did she know she's being watched during her rogueish efforts. But she was about to find out very soon, because the watcher decided to make his presence known to her. 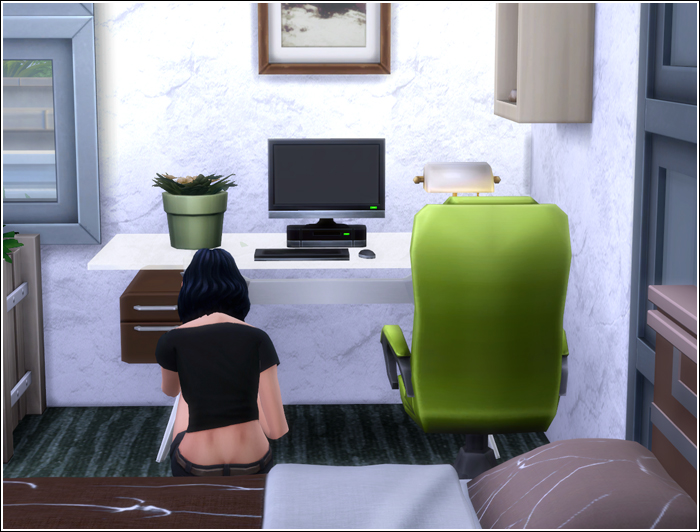 ​"There's nothing incriminating in the second drawer. I already checked." 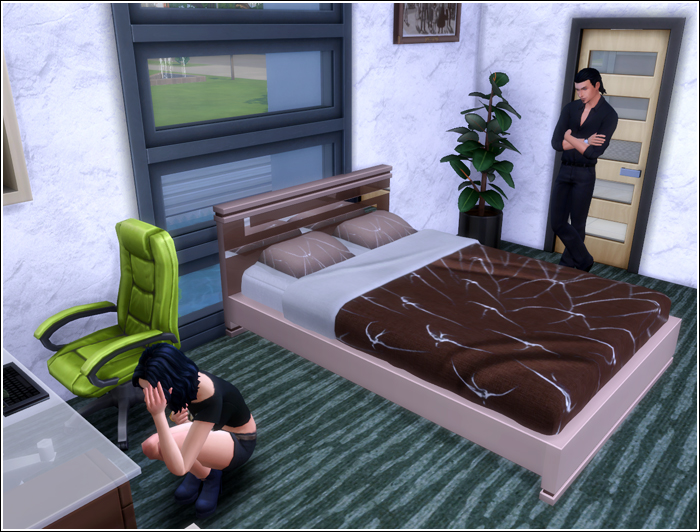 Beryl jumped away from the desk as if it had bitten her.

"Holy cowplants, you scared me to death. What the plumbob are you doing here, Tony?" 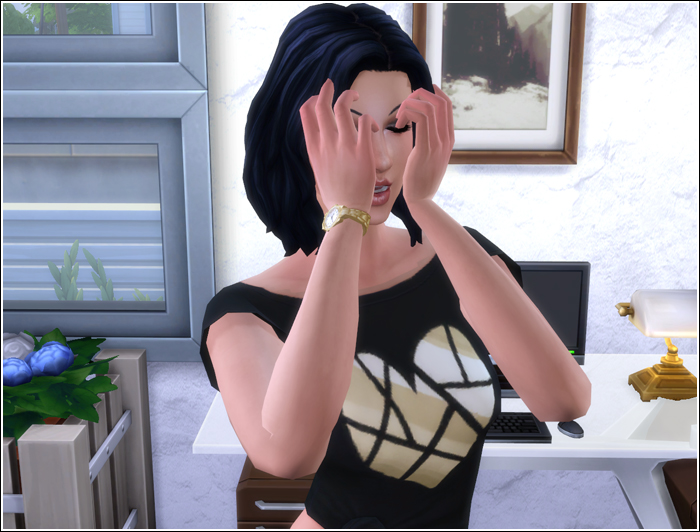 "Admiring the view. Watching your progress. Are you dabbling in my trade now, Beryl?" he said clearly amused. "I was such a bad influence, wasn't I? Although, may I express my disappointment over your choice of footwear for this...uh... mission of yours?" 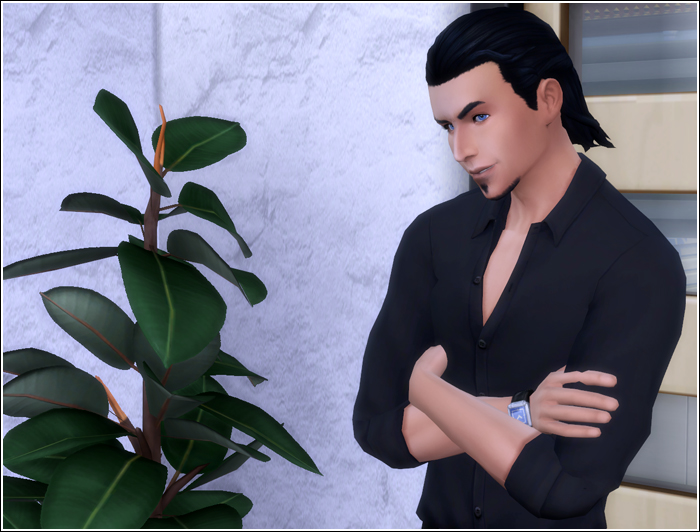 "What are you really doing here, Tony?" Beryl asked slightly irritated and very well aware that she's still not immune to Tony's charms. Seeing him standing there casually leaning against the bathroom door with his characteristic playful smile immediately raised her heart rate. Her body responded to his presence as always. Damn, all it took to turn her on was his mere voice. Good thing there was a large bed standing between them. Wait. Large bed, Tony and her in one room? This could end only one way - the two them meeting in the middle... Oh, watcher. I wonder if he's having the same thoughts as I am right now. 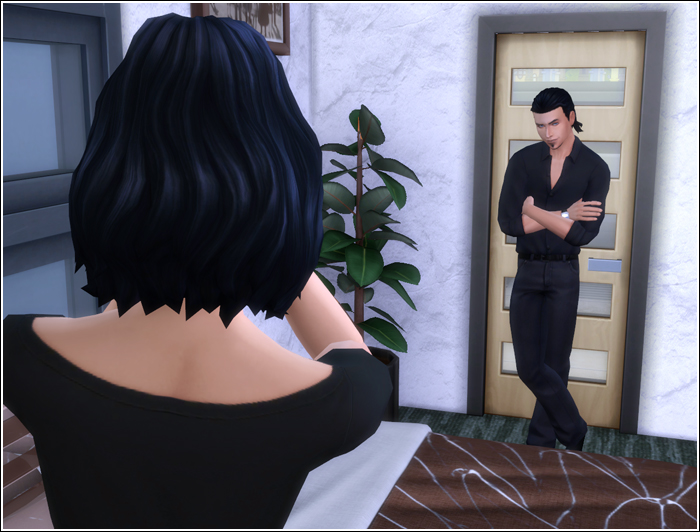 "I promised to keep an eye on you and Chris."

"That's your excuse for sneaking into the house of my fiancé? And how do you even know there's nothing incriminating in that drawer? It's locked!"

He gave her the remember who you're talking to look. "I looked in it and locked it again, of course." When he saw her face he added, "I see. You haven't mastered the cover one's tracks part." His lips made the tsk sound and he shook his head. "What am I going to do with you, Beryl? You should be punished for not being thorough in your preparations. Then again this situation might be a punishment of its own."
​He started moving slowly until he was positioned between Beryl and the room's exit. "You are exposed and stuck in a room with a stranger, your escape route cut off. What are you going to do, Beryl?" 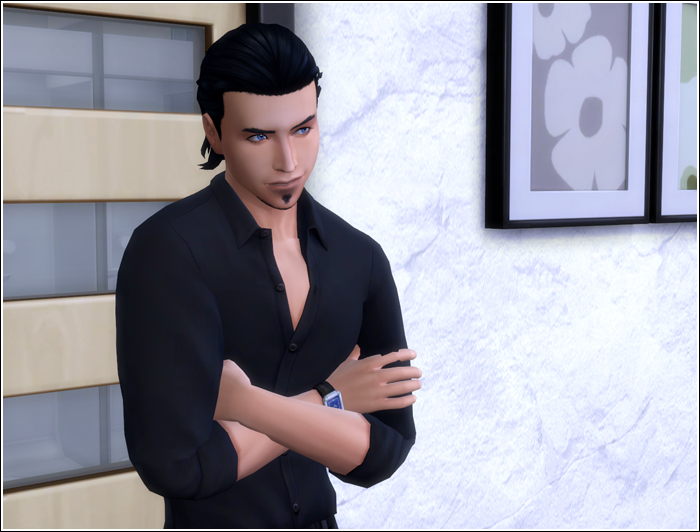 You bloody well know what, Beryl thought. "I'm sure me and the stranger would find a mutually beneficial solution to our situation."

"Yes? The stranger is listening," Tony said and that was all he did. 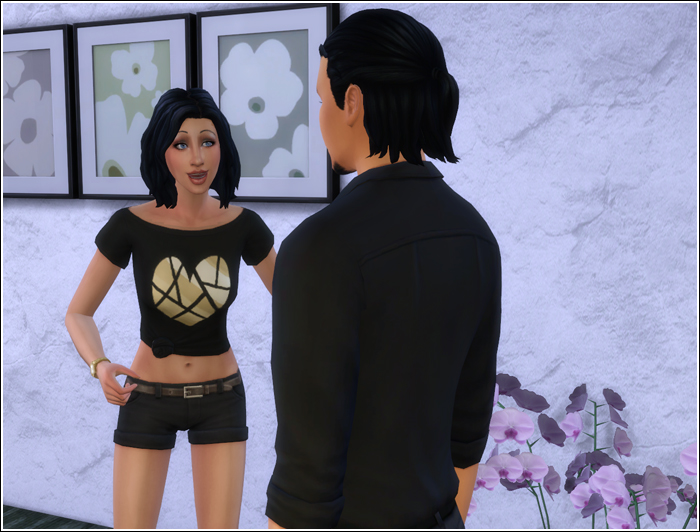 ​Beryl was confused. This was the point where Tony was supposed to take the initiative, pull her against him, draw her into the heat that never seemed to fully die between them and kiss her until she would almost pass out. Instead he was looking at her all serious. Is he too immersed in his stranger role or what? I want him to kiss me now. I'm yearning for his touch!  Then she realized what was going on. The little voice in the back of her head constantly screaming You're engaged to another man! gave her the idea. He's not going to make the first move this time. He was teasing me but he's actually offering me a way out. 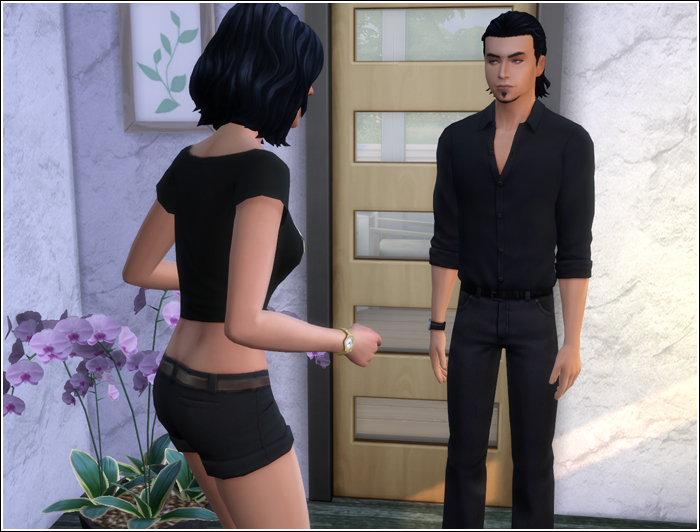 She decided she wouldn't leave. She had dreamed about him too much lately not to take this opportunity to have him. She ached for him. So she made the first move and completely ignored the little voice in her head. Come what may, she'll deal with it later. And his arms welcomed her, she tasted his relief over her decision in his sweet breath when he returned her kisses. 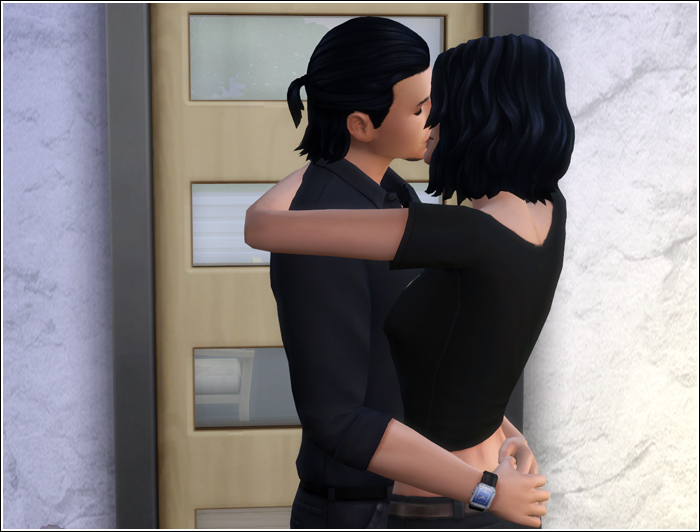 "Do you seriously want to do it here on the floor when there's a large comfy bed right next to us?" Tony asked when they ended up on the floor. "Not that I'm complaining."

Beryl then showed him how seriously she wanted exactly that." 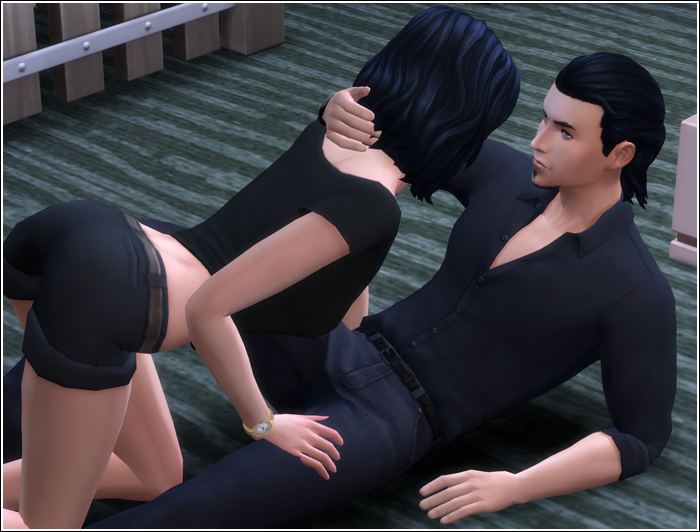