﻿She cries when she's alone
For all life's little knocks
Everything is supposed to make us tougher
Thinking it doesn't really show
But I know how she hurts
And I can't bear to see her suffer
​
(She's Too Much by Duran Duran)
3.4  The gangster and the Heiress
Tony already knew Beryl was at the party somewhere. Yet when he actually saw her, it felt like being shot in the heart. She must have been standing there for a while. She probably watched his quarrel with Marissa. Oh, plum. They must have looked like two lovers fighting, with Marissa running after him and grabbing his arm like that. Oh, plum. 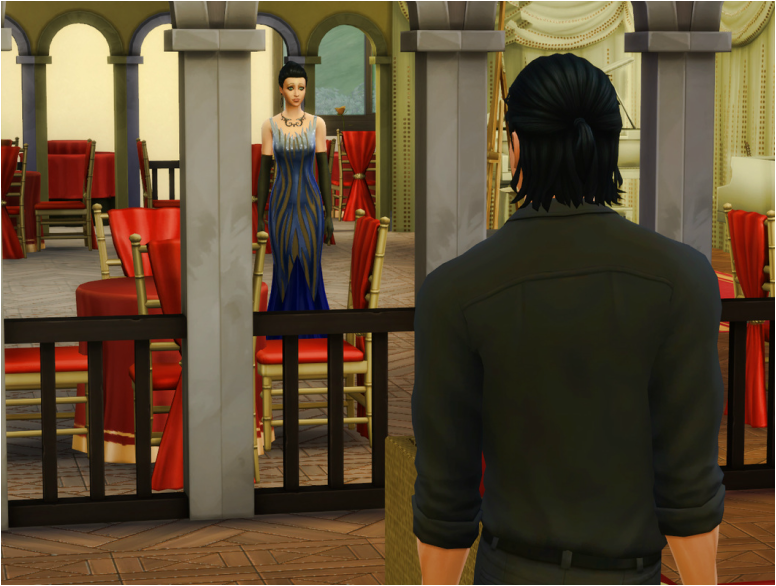 ﻿​
Beryl looked sad and stunning at the same time. Tony didn't fight the pull of her presence. The closer he was moving to her, the faster his heart was beating. 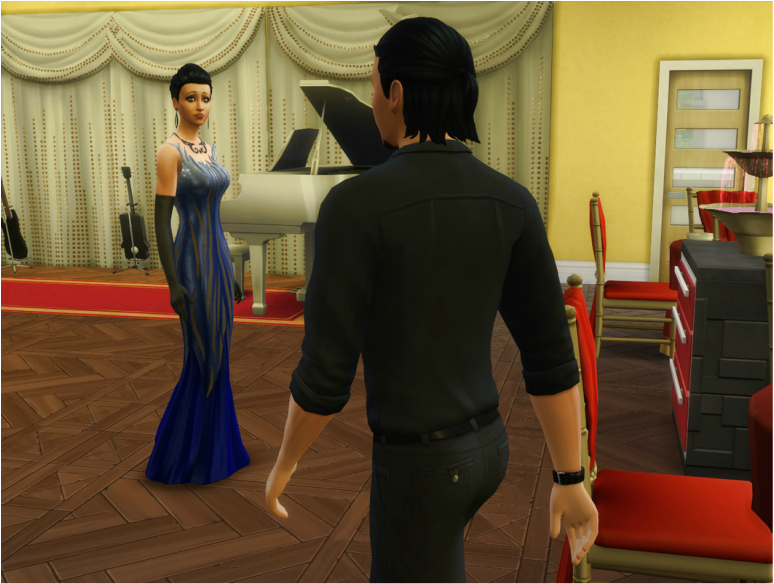 ﻿
​She was still just standing there, a deer caught in the headlights. When he came almost at arms length to her, she stepped back and stumbled. 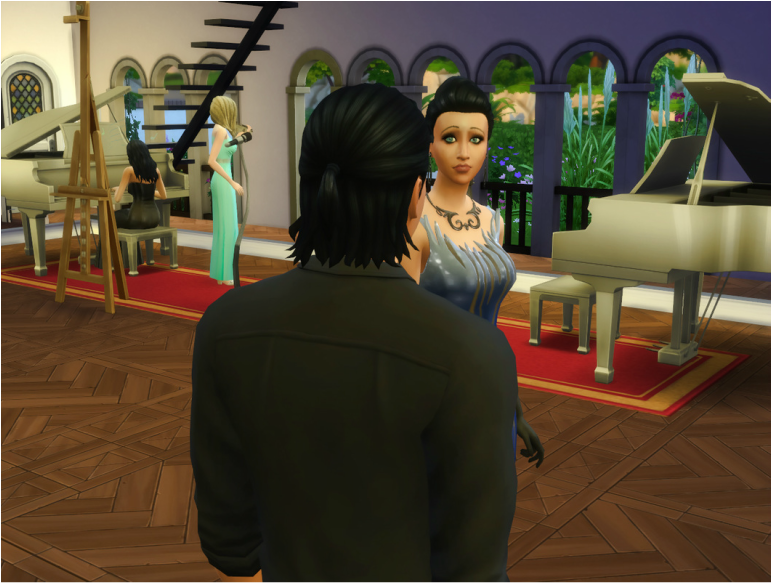 He swiftly closed the distance between them, catching her and pulling her into his arms.
"I've got you," he said, his words barely a whisper. 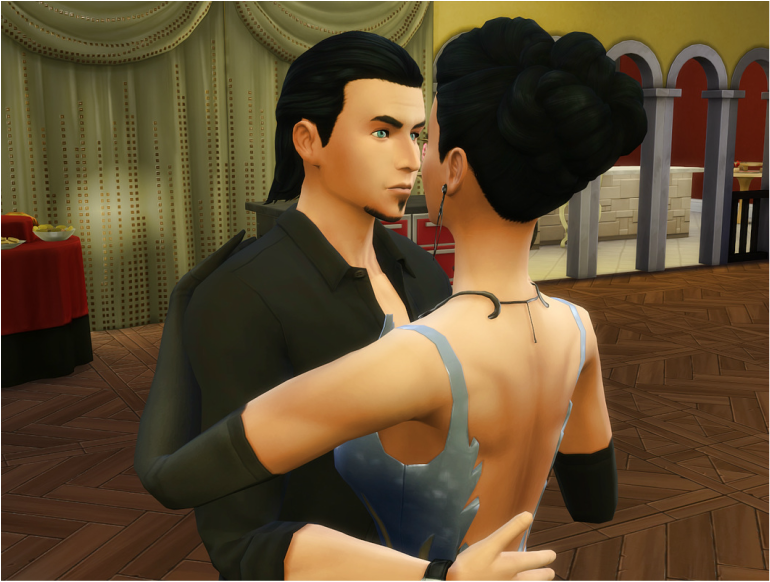 ﻿
When she regained her balance, she shot him a frightened look and then looked away.
"You really are bad with women, Mr.Corleonesi," she uttered.
The comment made him smile. "Yes, I am. Who would have guessed, miss Heffner, who would have guessed?" 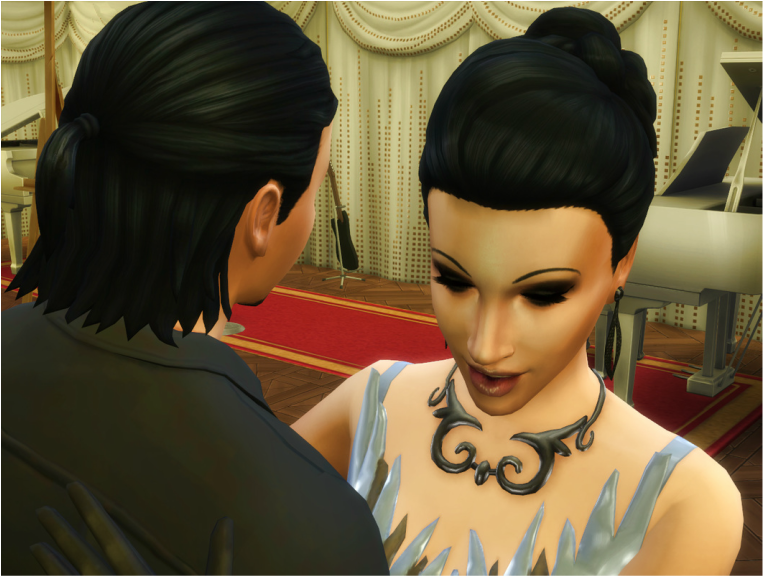 ﻿
She didn't need his support anymore, but Tony was reluctant to let her go. Instead he lifted her right hand with his left and gently pushed. Holding Beryl firmly, he smoothly stepped with his leg between hers, moving to the sound of a piano and violin the hired musicians were playing. To his relief Beryl didn't resist and mirrored his moves. 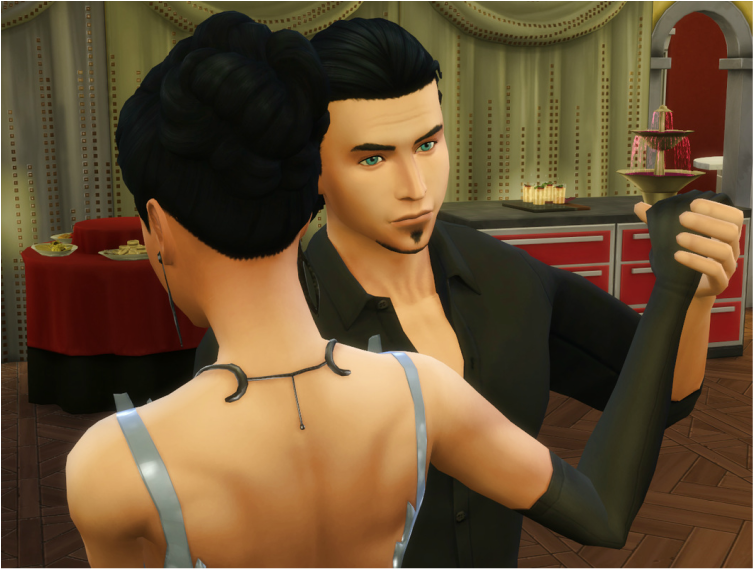 Feeling the bare skin of her back under his fingers was almost too much for him to handle.  And then there was her scent tickling his nose anytime his face came close to her nape. Their hips touched during the dance and Tony's mind was soon flooded with flashbacks of the only night they had spent together. No dress had been in his way then. 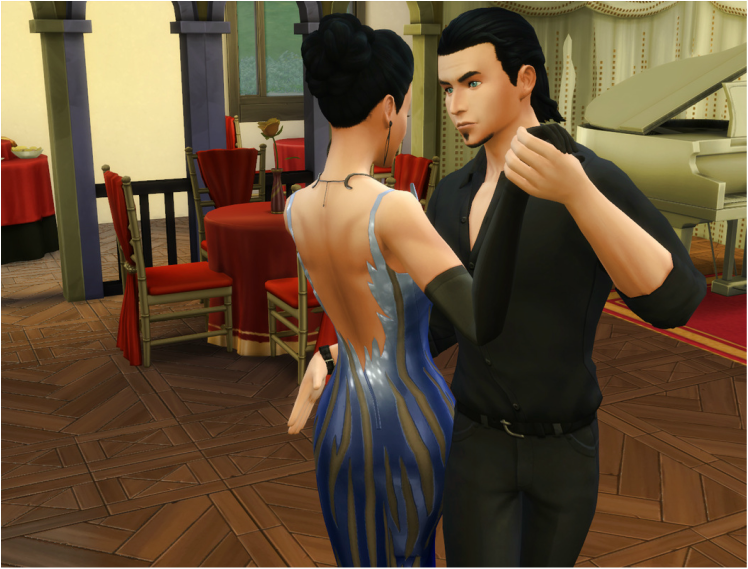 ​He cleared his throat.
"Care to try some bolder moves, miss? Or are you not feeling up to it?" he teased.
"Anything you can do, I can do also." 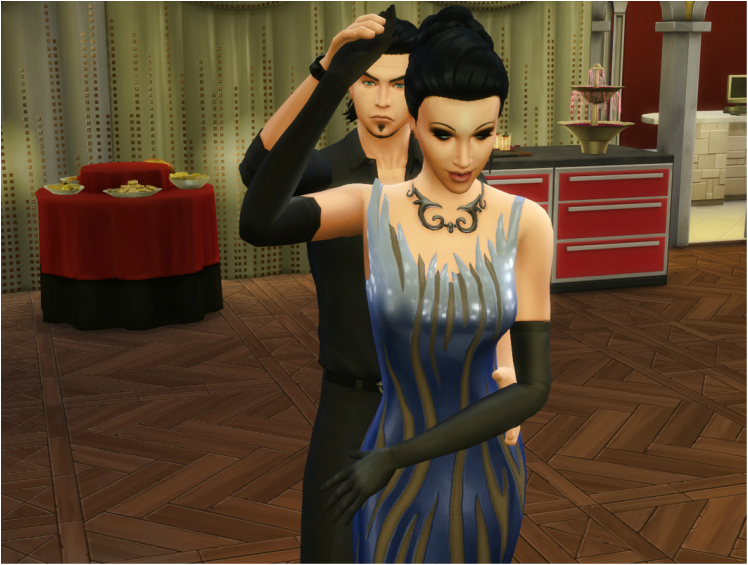 He went for it. 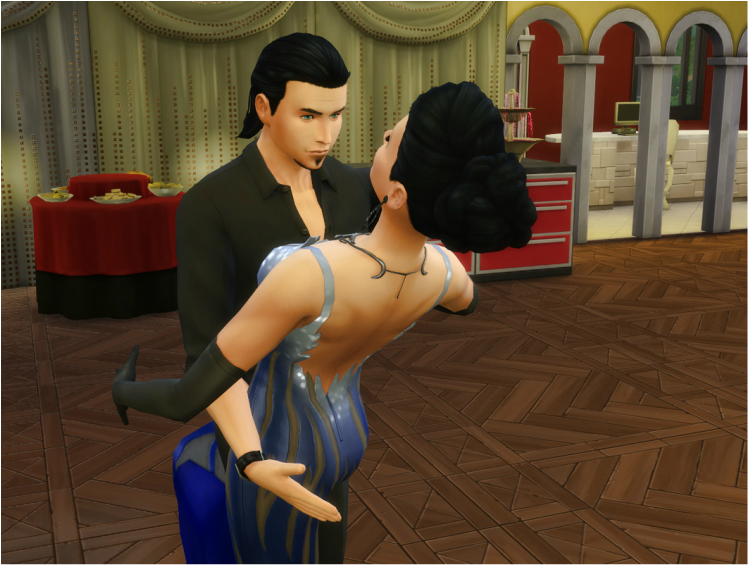 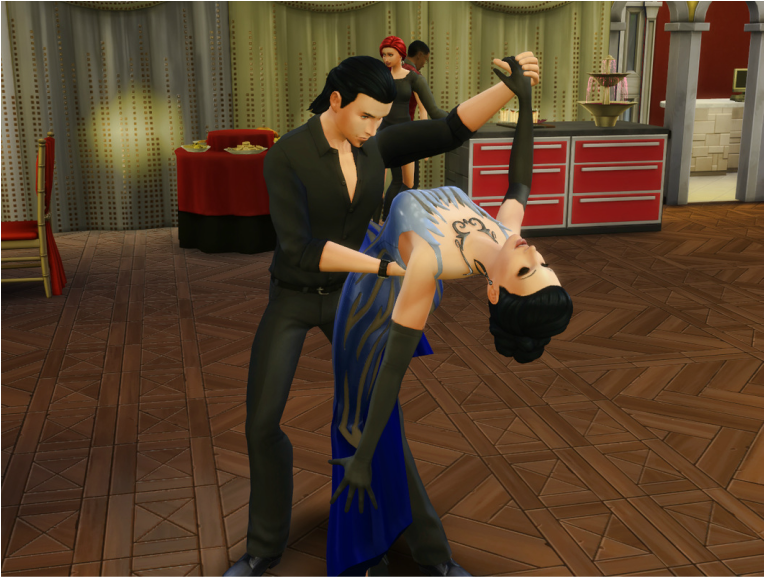 ​"Not bad," Beryl said caressing his cheek. "Not bad for a gangaster, Mr.Corleonesi." 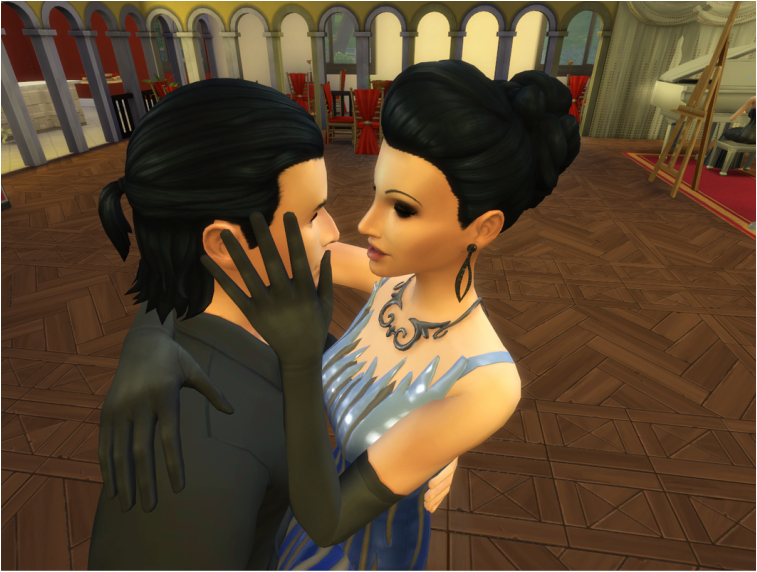 ​Tony: "Does it mean that you're happy to see me, miss Heffner?"
Beryl: "No. It just means you'll get a chance to explain. Because we're going to have a talk right now. You and me. The fun is over."
Tony: "You and me? Why, sounds like fun already!" 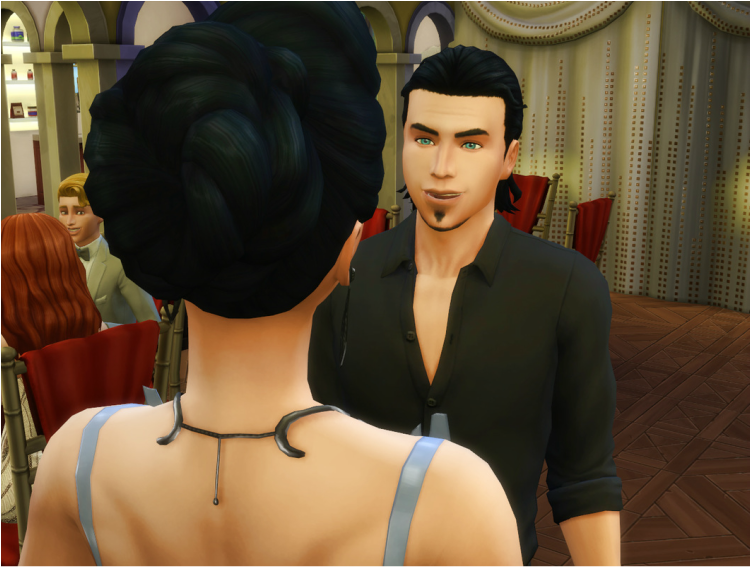 But then he saw that sad face of hers again and cursed his blasted mouth and shut it up. 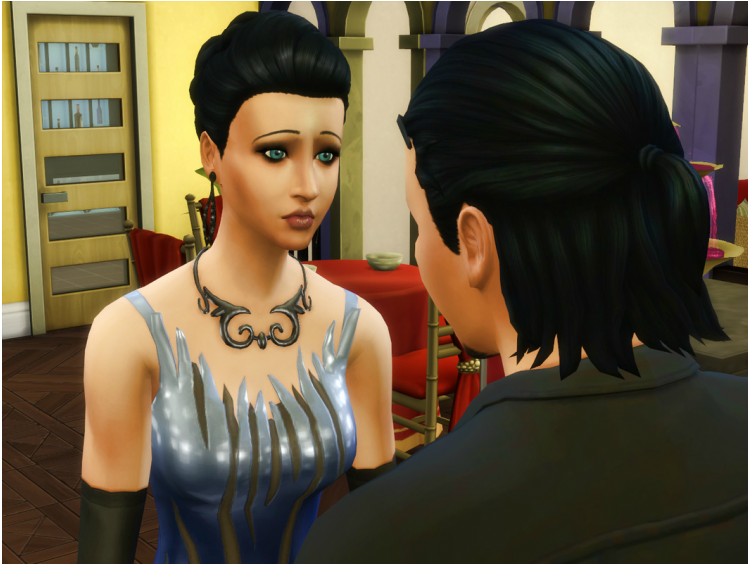