Ronan was fast-reading, skipping pages. His face told he wasn't thinking much of it. Beryl was glad she used different names and a little different plot in her story not to point directly to what this book was really about. And Ronan didn't know the whole story about her and Tony anyway so he couldn't put one and one together. To Beryl's relief Ronan probably thought this was a less than average romance novel. He closed the document before he even got to the introduction of the male character. Good. He cocked an eyebrow at her. "Well, you wrote a novel. Why are you showing it to me?"
"I want to have it published."
"So? Do I look like an owner of a publishing house?"
"No. I wanted to know if you're ok with this and that you will not consider it breaking our deal."
Ronan waved his hand. "By all means, Beryl. If you find someone who is interested in this trash." 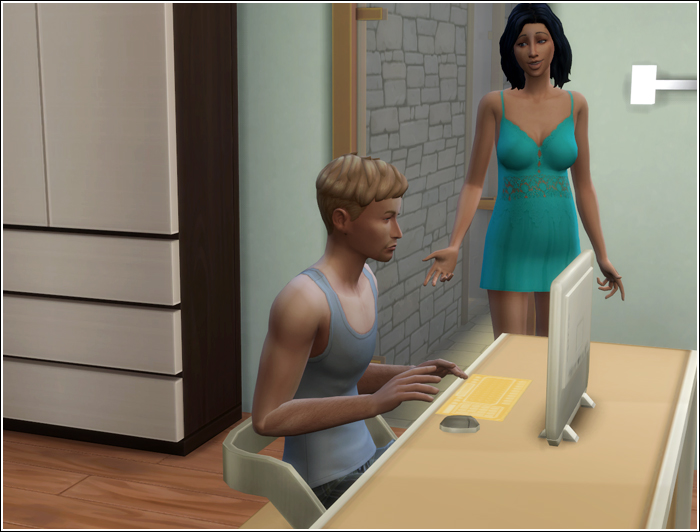 ​Beryl didn't even blink when Ronan belittled her work. "I need to meet with an agent. I already picked one from the Writers Market. We've been in touch for some time and she actually thinks she can sell my book. I will be meeting her tomorrow."
Ronan frowned. "You know that I don't want you to leave the house without me. How am I supposed to trust you? You could be meeting the lover of yours and plotting against me."
Beryl grimaced inwardly. I'm not the one who's the biggest plotter here, she thought. "I invited her to our place. I won't be going out. You can meet her too if you want. You can take a day off," she added sarcastically.
Still frowning Ronan fixed his gaze on her. "Don't play with me, Beryl. You don't have any aces in your hand. You really don't want to make me angry."
"I'm not trying to make you angry. It is me who has to come up with things to do here every long day, not you. Let me at least have this hobby."
After a while he nodded. "Alright then. Enjoy your hobby. Once the baby is born you won't have time for it anyway. Now come to bed." 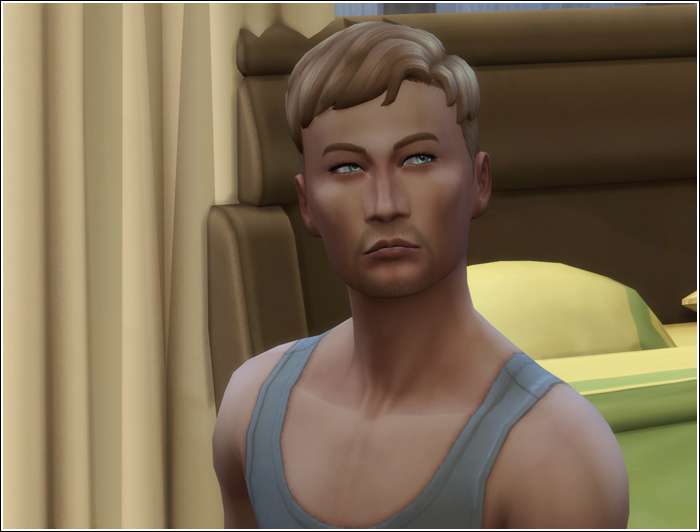 Beryl flinched. Ronan maybe despised her for the affair with Tony, but he still wanted her body. "We are newly weds. Do you wish to explain to your son why we are suddenly sleeping in separate bedrooms? You wanted a husband and now you have one. Our marriage is going on despite our little secret, Beryl. Besides, I still find you very attractive and the fact that I have something that another man wants and can't have anymore is quite a turn on."
At least she no longer had to pretend she liked it. 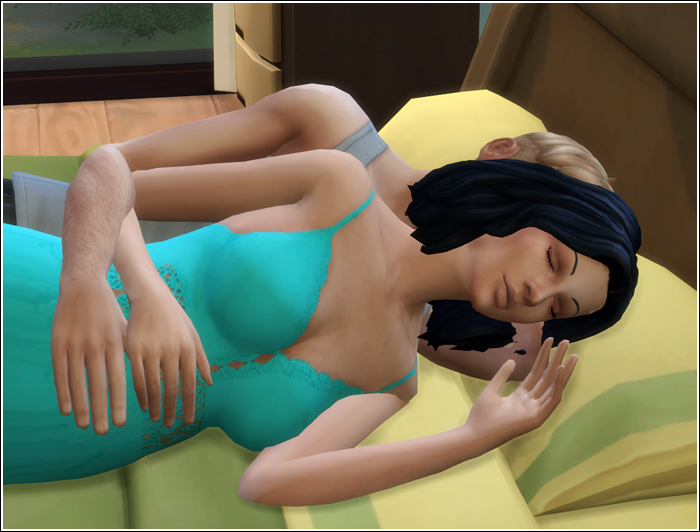 *  *  *  *  *
In the morning when Ronan got up for work, Beryl woke up too. Looking at him she was asking herself not for the first time if she would be able to kill him. It would only get her into another prison. But at least she wouldn't have to sleep with him anymore.
It can wait though, she needed to meet her literary agent before that. Even prisoners have priorities. 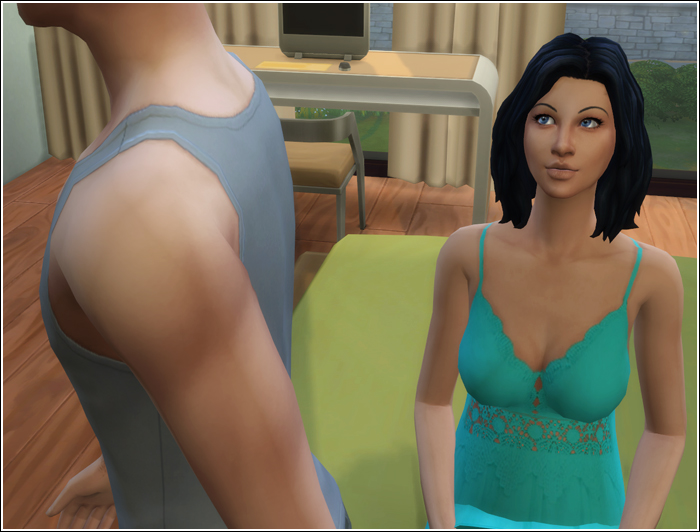 She's been looking forward to this meeting since she received the first email from her agent. In her current life of limited choices she didn't have many things to bring her joy. Hearing from her agent was one of those few things. 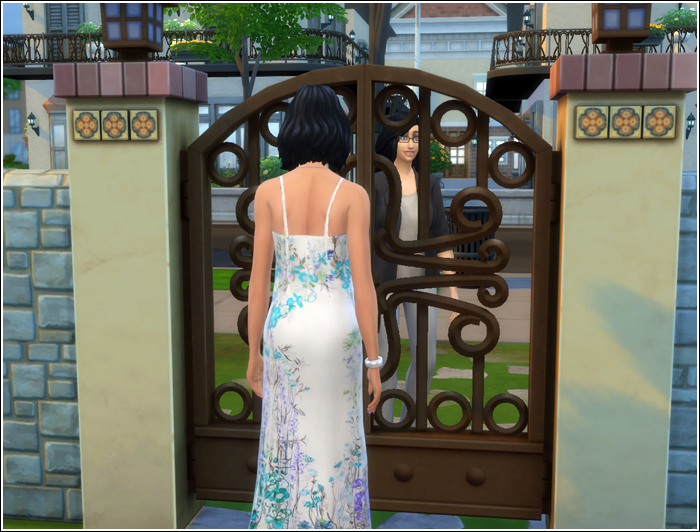 "It's such a pleasure to finally meet you in person, Mrs. Heffner!" The woman looked at Beryl's growing baby bump. "Oh and congratulations are in order as I can see."
"Thank you. And please call me Beryl. It makes me feel old when you call me Mrs. Heffner."
"Then you must call me Lee. I'm bringing great news Beryl!"
"You do? I so want to hear it! But first let's make ourselves comfortable and sit in the garden." 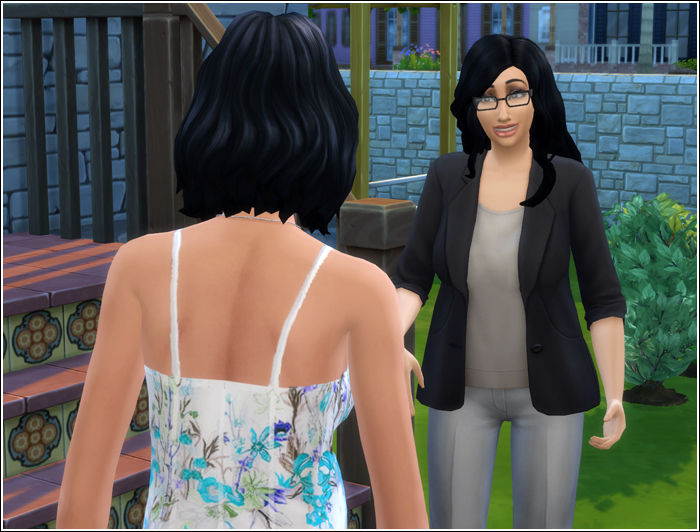 "So, what is the great news?" Beryl asked. Lee's excitement was contagious.
"I found a buyer for your books! Two actually! One of them is a large publishing house and the other is a rather small local publisher where I used to work. You did such a great job on your synopsis and the query letter. I didn't expect such quick response to be honest. I'm so happy for you!" 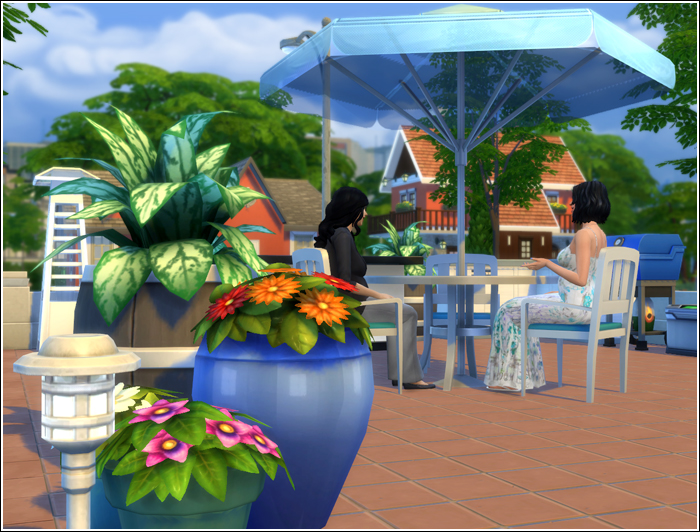 "That's really great news, Lee! But what happens now? Which publisher do I choose?"
"We could still wait for more replies from the other publishers if you want."
"No. I want to speed things up. I don't know what... how much time I will have once the baby is born. Let's pick one of these two. The large publishing house sounds good, right?"
"Yes. They have many authors under their wing. On the other hand I could probably negotiate better conditions for you at the smaller publisher because they are local and they know who you are. And as a former employee I know how things work there, not that it should be a decider." 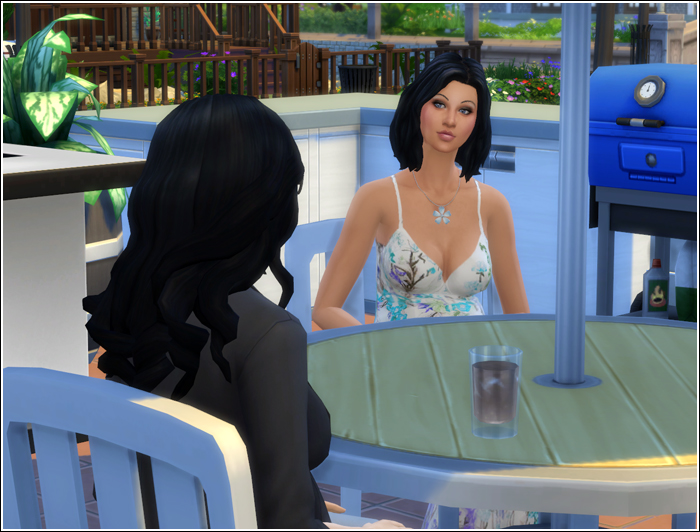 Splash!
​
Both women were momentarily distracted by Chris jumping into the pool. 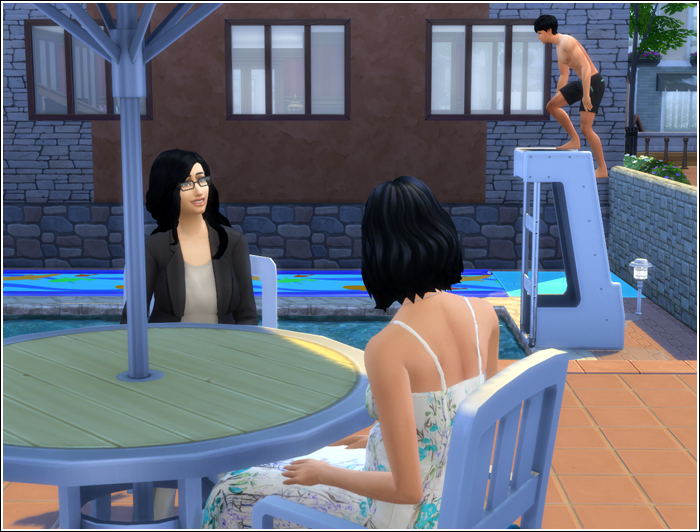 "Chris!"
"Yes, mom?"
"Can you come here for a minute?"
Chris reluctantly got out of the pool and joined them. Beryl introduced him to Lee.
​"Could you maybe use the rooftop pool for now, Chris. We are having an important conversation here."
"But I can't practice my jumps there."
"Chris..."
"Okay. I'll be in the gym then."
"Thank you, dear." 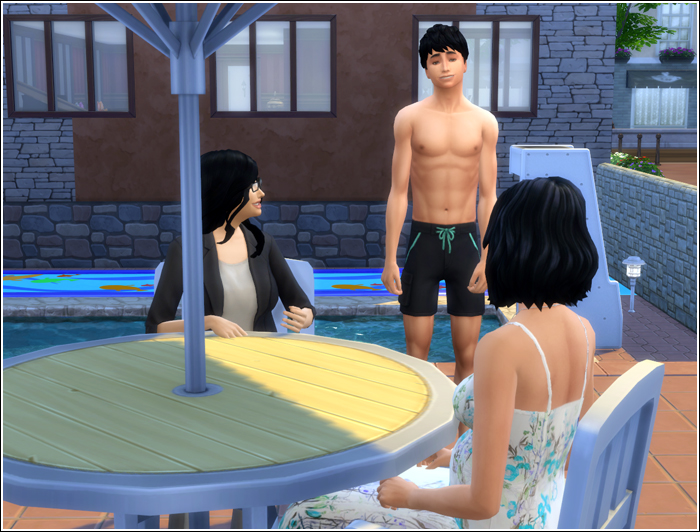 "Now where was I? Oh, yes, I remember. Why don't you decide this for me, Lee? You understand the publishing business better than I do. I trust your opinion."
"But it's your book, you should make the call."
"And I have by hiring you. Please, Lee."
"Alright. But don't hate me later."
"That will never happen."

And so Lee decided for Beryl that they're going to sell the book to the local Cupid Publishing. Plenty of paperwork followed and Lee visited quite often. 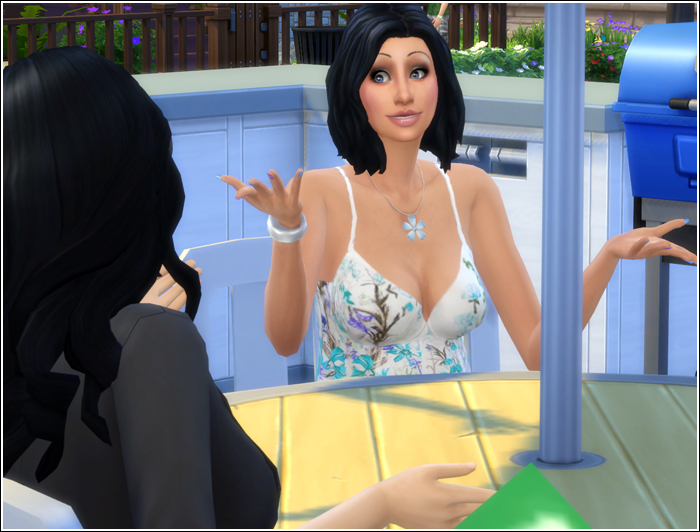 One day the two of them had an interesting conversation about her book and the characters.

"I never asked you, Beryl, but being a huge fan of Lessons of Love myself I have to. Is Enzo real? I mean there are rumours about you and a certain person of interest and no, I'm not judging you at all. Is Enzo based on him? I won't tell a living soul. I absolutely love Enzo and if there's even the slightest chance that such man exists it would make me very happy to know I'm breathing the same air as him."

Beryl was silent for a moment. "Yes. He's real," she said at last. Then they both giggled.

"I already told you Beryl, that Cupid Publishing is going to use your status of legacy heir in their advertising campaign. But they also want to use the rumours I was talking about."

It made Beryl nervous. "How?"

"They won't do it if we don't give them a green light. It's nothing to worry about, they just want to use cover models that look like you and a the person I mentioned. They think it could boost the sales significantly."

Beryl's eyes went wide. They can't! Ronan would go nuts! She pondered the idea for a moment. On the other hand, I could tell him it was decided by the publisher and that I had no say in it. Young authors often make mistakes. I'm sure he would fall for it. He already sees me as somewhat naive woman who needs his guidance. A smile blossomed on her lips. "I think it's a brilliant marketing move, Lee. Can you make it so that they believe they have my consent without me actually signing anything?"

Lee gave her a curious look. "Sure. You don't plan to sue them later, don't you?"

Beryl's day got much brighter with this whole idea of fake Tony and herself on the cover of her books. 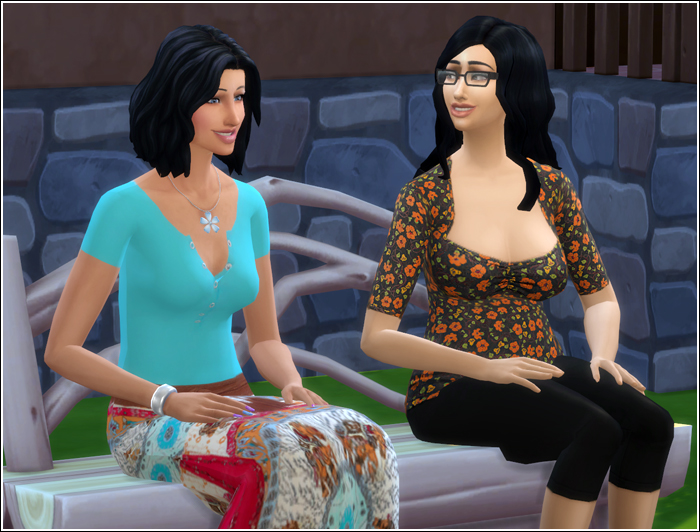 On her next visit Lee brought three other sims with her. Ronan was at work the day, luckily for Beryl, because one of the visitors was a very handsome male.

"This is our Enzo and Jewel," Lee introduced two of them grinning. "Their real names are Valerio Cassavedes and Tamira Lenona, our cover models. We need to make some changes of course, their hair for instance." 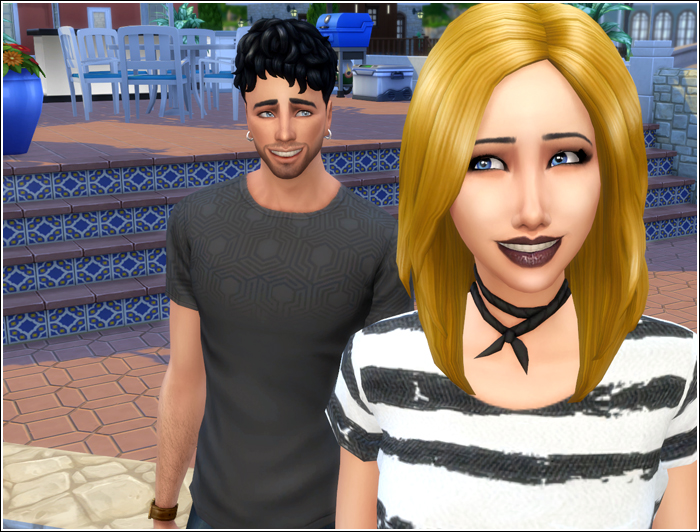 "And Mary is our cover artist. She will make it all happen."
"I'm so pleased to make your acquaintance," Beryl said.
"The pleasure is all mine, Mrs. Heffner. I've heard so much about you and your support of Oasis Springs Orphanage and how you yourself adopted a child. You inspire us all, madam."
"Oh, thank you. Please, call me Beryl. That goes for all of you." 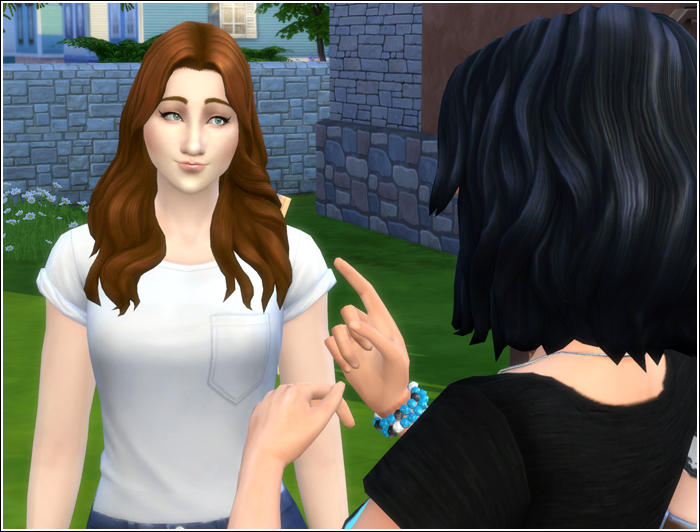 Beryl looked at Valerio. He didn't remind her of Tony at all. On the other hand... There was something about him.

"So, what do you think, Beryl? Do you like them for your characters?" 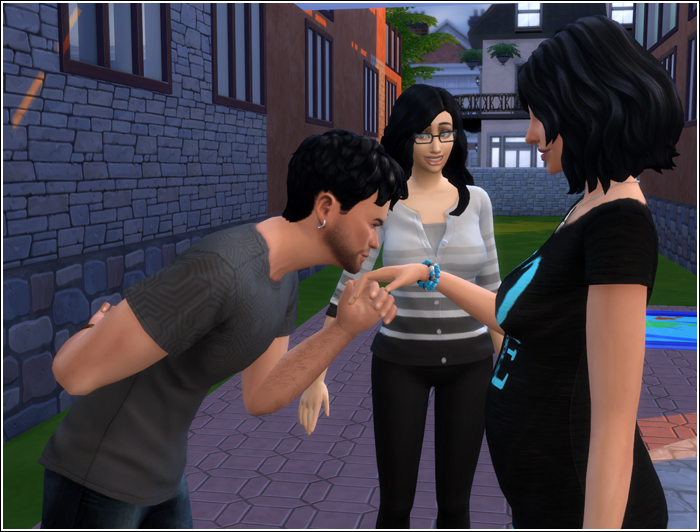 Beryl did. They were very entertaining companions and all of them spent the next two hours discussing the planned Love & Ruin series, the campaign and the characters. Beryl had such a great time. She almost forgot about all the misery her marriage was. Almost. 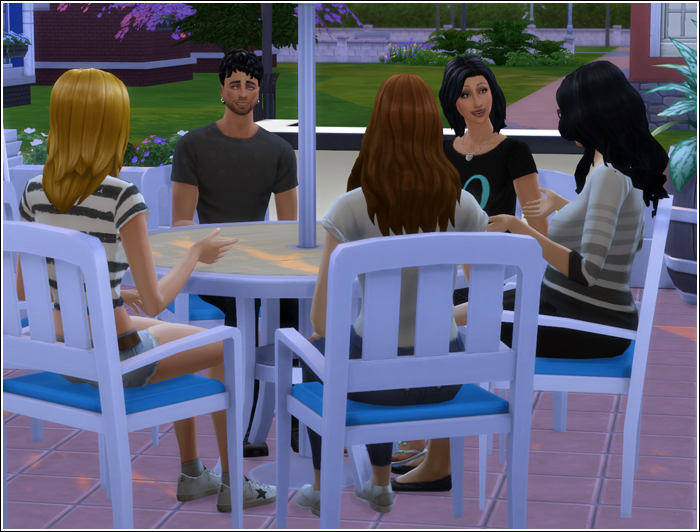 When Mary sent her the final version of the book cover, Beryl was in raptures. It turned out even better than she expected. She couldn't wait until it hits the shelves.
​ 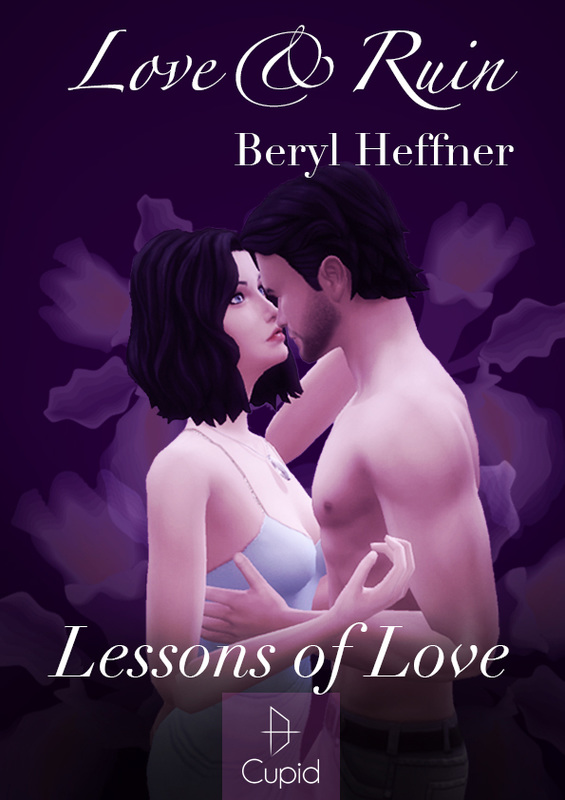