3.40 Love & Ruin (Part I.)
﻿
Staff members of the marketing department of Cupid Publishing knew their advertising campaign for the new romantic series Love & Ruin was brilliant, but not even they anticipated the effect that releasing the first book of the series would have. Lessons of Love hit Newcrest with the force of a shockwave. The book had first printing of mere 3,000. It sold out in a week.

People of Newcrest, especialy the ladies, welcomed this new and fresh opportunity to speculate about the Heffner family. Women who haven't given Beryl a second thought before suddenly wanted to become her and women who already wanted to be Beryl had now another reason to dream about being her. The reason's name was Enzo Olivieri (or Tony Corleonesi if you want).

Teenage girls suddenly became more interested in Chris Heffner because he was allegedly son of Tony Corleonesi (or their new idol from the book - the Phantom aka Enzo Olivieri). 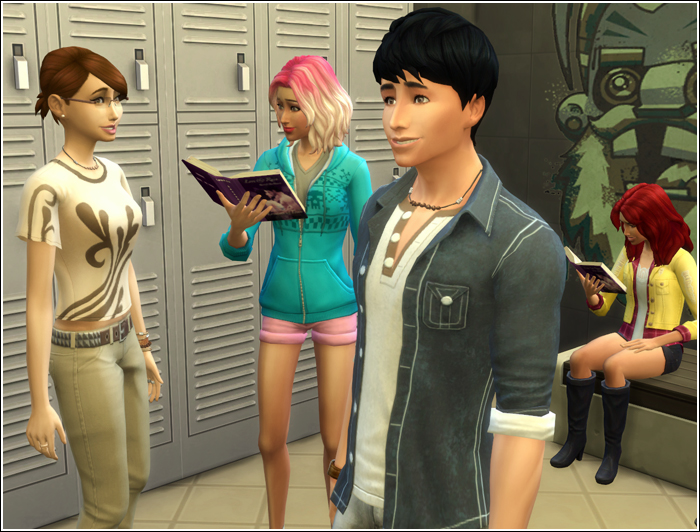 Chris himself wanted to know what this fuss was about and read the book too. He liked it from different reasons though than all the female citizens of Newcrest and adjacent towns. It gave him more insight into the relationship of his parents. He knew that the crime those two characters in the book were investigating was in reality abduction of his uncle. And he knew his mother and father well enough to see their personalities shown perfectly in the book. He could hear their voices as if they were present in his room reading their respective parts aloud. He often laughed while reading their bickerings and also felt tears stinging his eyes because the love between Jewel and Enzo (his mother and father) was almost tangible. After he read the book he loved his parents even more and was sadder than ever that they didn't end up in marriage. 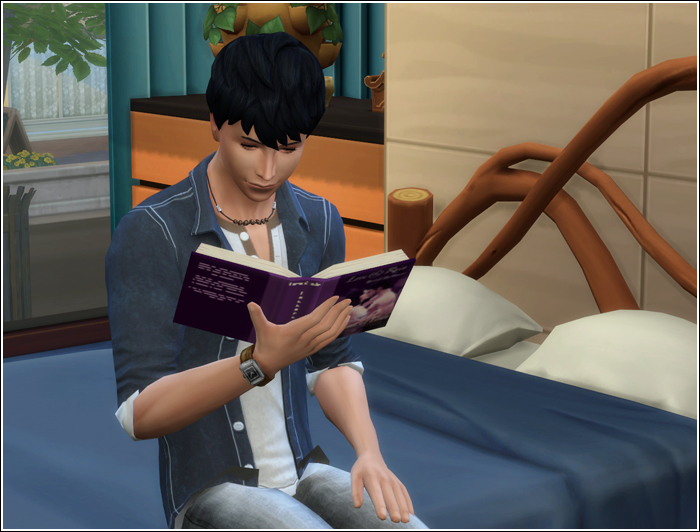 His father also read the book. It had Beryl's name on it, how could he not buy it? He took it for what it was, a manifest of their love. And it got him thinking that Beryl must be very unhappy in her marriage if she started reminiscing the old times. In fact, he hasn't seen her for months and it really bothered him. He was able to live from occasional glimpses of her when she went shopping or for a walk in the Samaritan Park her family had built years ago. But in the past months he's been denied even those. It didn't bode well. 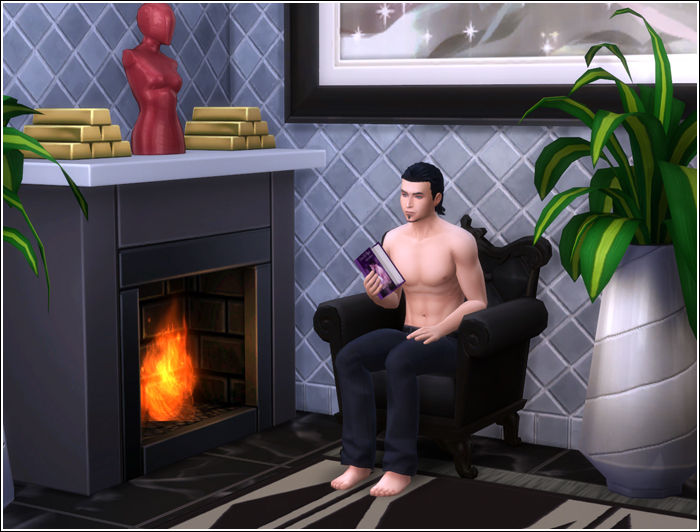 Even Kellie received her own copy of the book in the mail. It was sent to her by none other than her friend Thomas Nightshade. Kellie was very surprised at her mother's bold and descriptive writing in some parts of the book which made her blush. Still, it didn't stop her from reading it several times and falling in love with Enzo just like other women in her home town, but unlike Chris she had no idea that she already had the pleasure of meeting the real Phantom. Windenburg was far from the rumours that now dominated Newcrest and Thomas was respectful enough not to mention them in his emails. 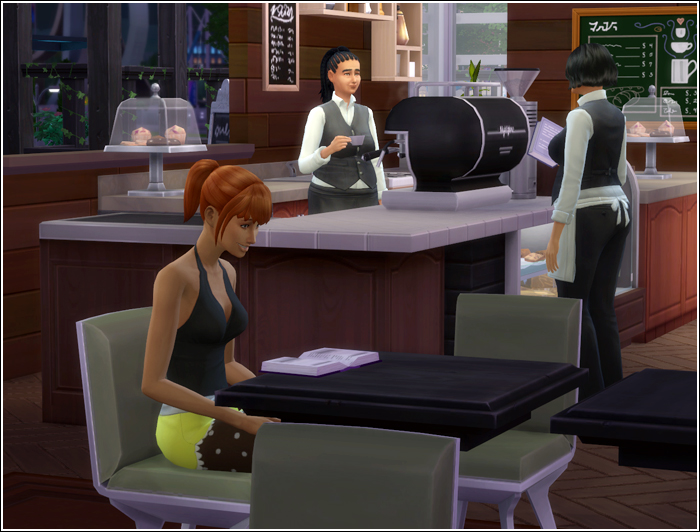 Ronan didn't read the book and swore he never would. When he saw the cover he went livid. He suspected he was tricked and fooled by Beryl until he talked to her. Apparently she was tricked too. She told him all teary-eyed that she felt ashamed and used when she saw the cover. Ronan immediately wanted to sue the publisher for libel but according to his wife there was nothing they could do as it wasn't stated in her contract that she had any say in the final look of the book. To make things worse the book became a bestseller and anywhere he looked he saw someone reading it, patients in the hospital, girls on their way to school, people in the park. All that to remind him of his wife's shameful affair with that damned felon. 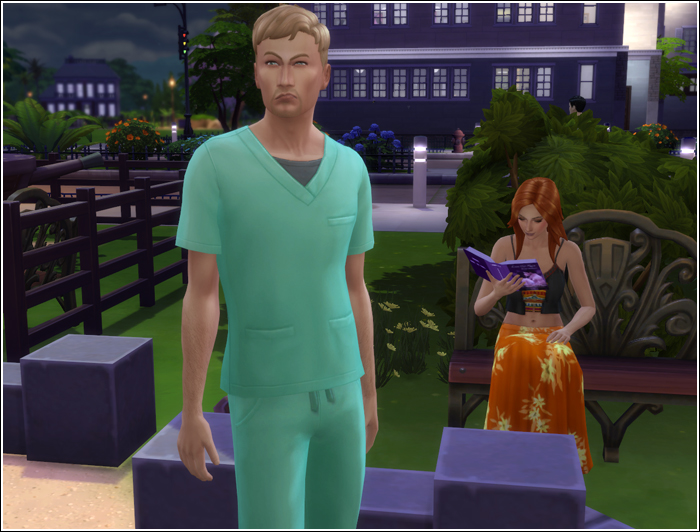 However, it wasn't the end of it. Beryl took into her head she wanted to go on a blasted signing tour! He put a stop to this idea at once. But then her agent intervened. Thankfully, Ronan almost managed to smother her enthusiasm by pointing out that Beryl is heavily pregnant to travel. She was now in her third trimester.
The two women put their heads together again and came up with a solution. They decided to include only Newcrest and the closest towns and only those places that could offer Beryl most comfort. "It's better than nothing. What do you say, Beryl?" the blasted agent asked his wife as if she could make any decisions about leaving the house. Luckily, Beryl was in her right mind to look at him before answering. "Ronan?"
He chose to be benevolent this time, although he wasn't beside himself with joy. "It sounds fine, I guess."
After a long talk and some hot sex with Beryl he agreed to allow her visit five towns tops. With him accompanying her of course. The happier she was the more he regretted his decision. 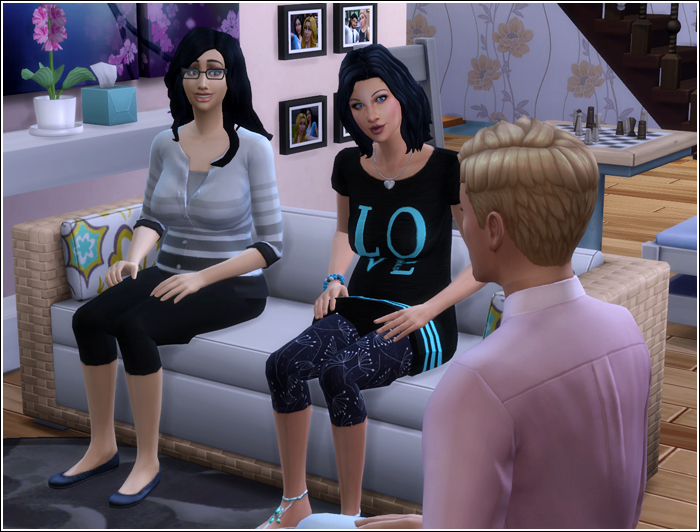 *  *  *  *  *
​Beryl was so excited about her first book signing. It was taking place in a small but cosy bookstore in Newcrest. 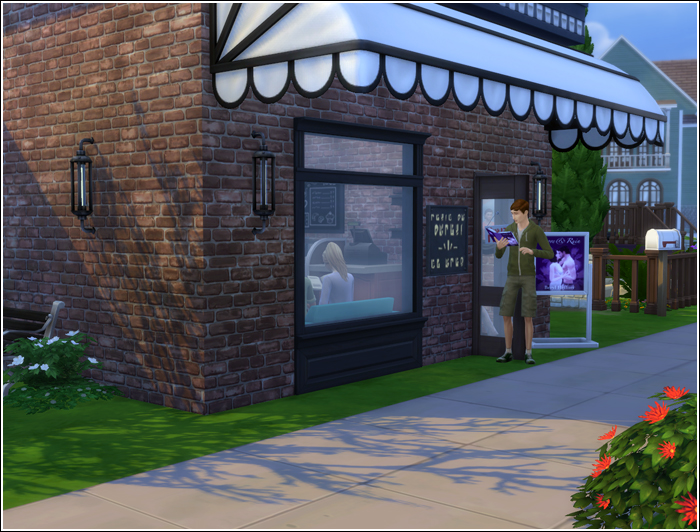 Lee made sure everything was ready before she arrived. Posters were in place, supply of books at the desk and comfortble chair for her to sit on. Beryl beamed with joy. Not even the presence of her husband could spoil her fun. 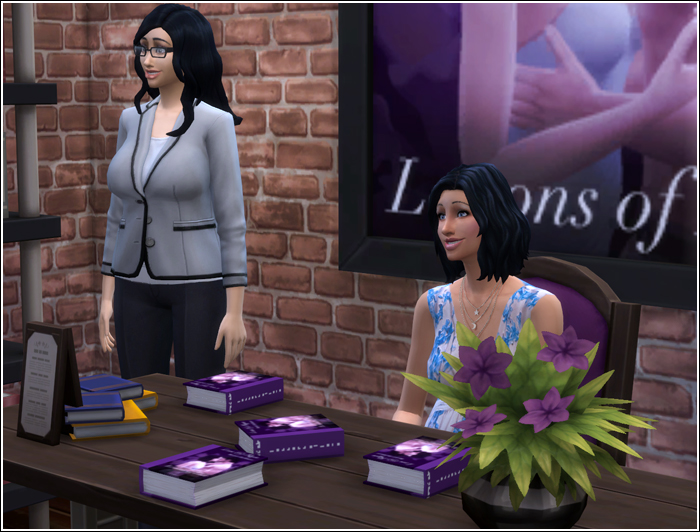 People started streaming in. Soon there was so many of them that they had to form a line. Beryl readily answered all their questions feeling proud that her book brought so much joy into these peoples lives. At least something good has come out of her home confinement. 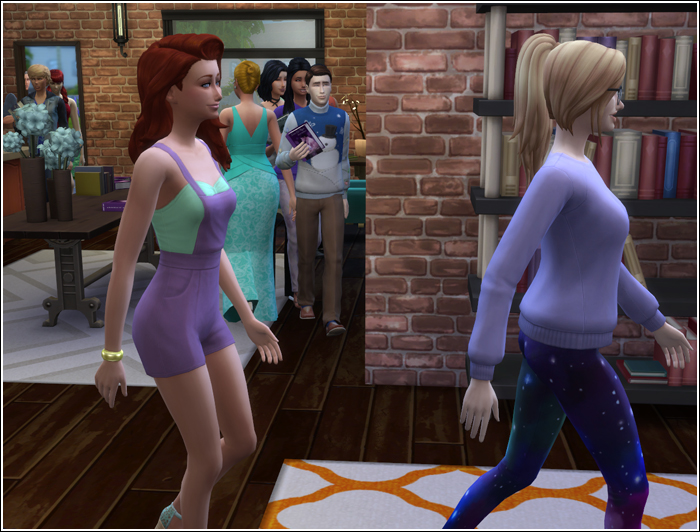 Valerio and Tamira, the cover models arrived too to show their support and were taking pictures with the fans. Especially Valerio was enjoying the company of all the ladies. 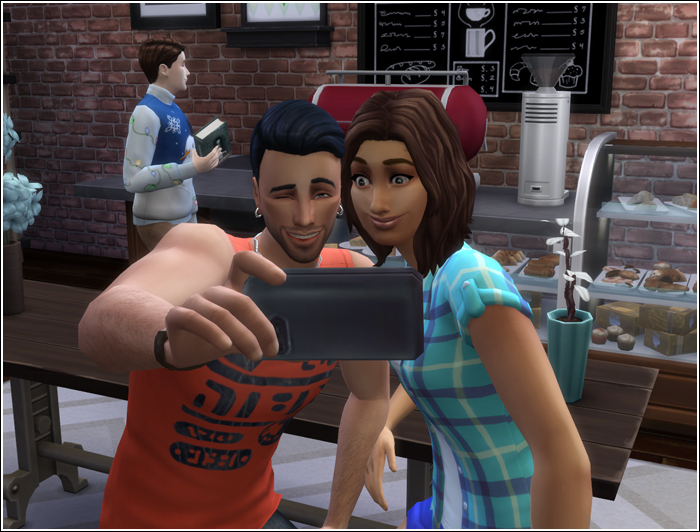 Everything indicated that this is going to be the best day in months for Beryl. 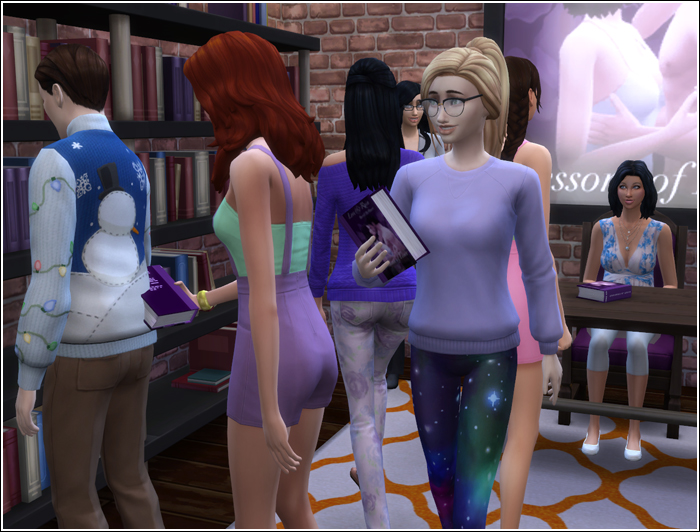 That was until Tony arrived. 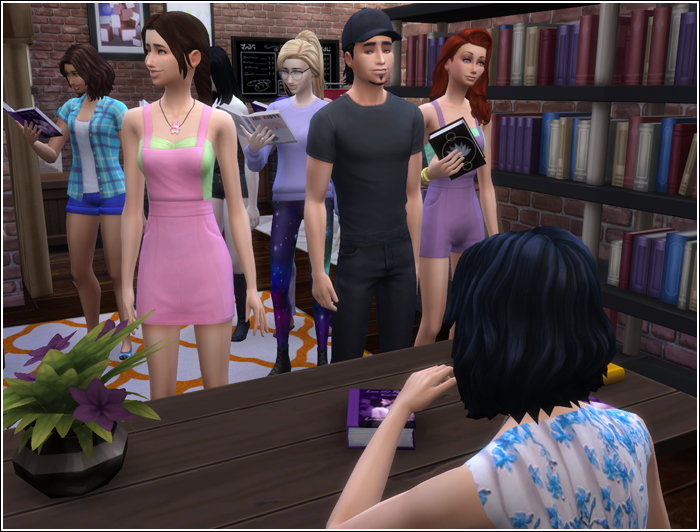 He put his copy of the book in front of her to sign and said, "Chapter twenty three. You've got that one wrong, Mrs. Heffner. He would never use her as a bait. Never." 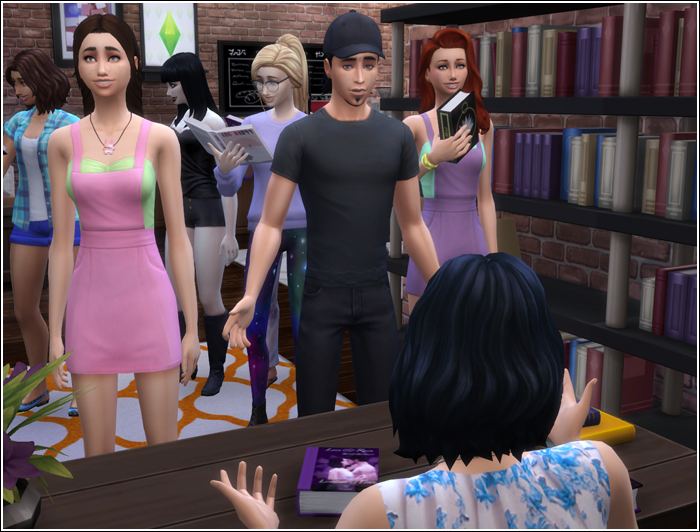 ​Author's note: Get your own copy of Lessons of Love for your sims by clicking on this link. Copy the file in your Mods folder. You will find the book in game when you choose purchase books via computer or bookcase, in the romance cathegory.

​The bookstore was created by Swcheppes. You can download it HERE.
Powered by