It was a sad welcome at my uncle's house. Aunt Marissa hugged me and whispered "I'm so sorry," to my ear. Uncle Brian called her before we arrived to inform her about the situation. I just stood there numbly until both of them led me inside. 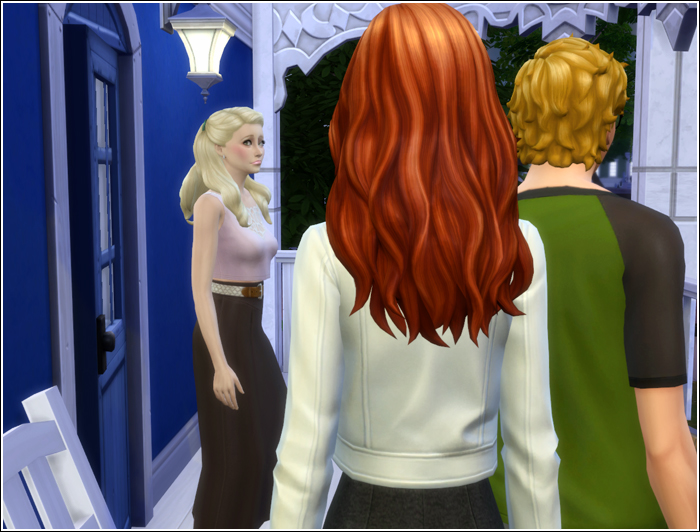 Marissa took care of my little sister. She fed her and lulled her to sleep in the old nursery of my cousins. Poor Celeste, she isn't even a month old and she already lost her father. The thought brought tears into my eyes. Will she become me? Never knowing her parents? I couldn't bear the idea. It was all too much for one person to process. 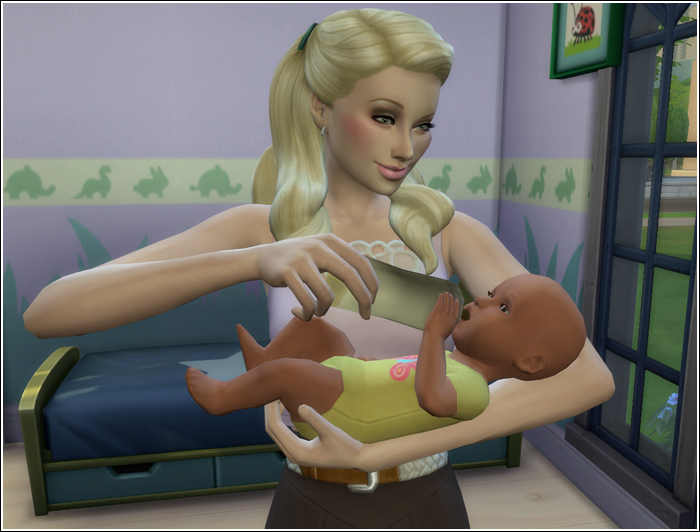 I felt dead tired and hungry, but when uncle Brian placed a plate with food in front of me I couldn't eat anything. My cousins Conor and Laura came downstairs. They were trying to be supportive, but didn't know what to do exactly, so they just occasionaly touched my hand or shoulder and we didn't speak much. None of us could understand why this was happening to our family. 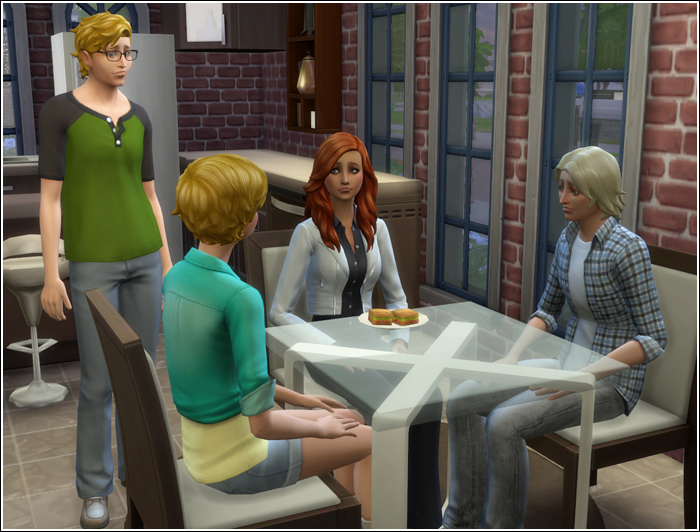 It was decided I would sleep in Conor's bedroom, since it was the only room big enough for another bed to fit in. Once we kids were alone, my cousins started talking. Conor's curiosity got the better of him to his sister's displeasure. 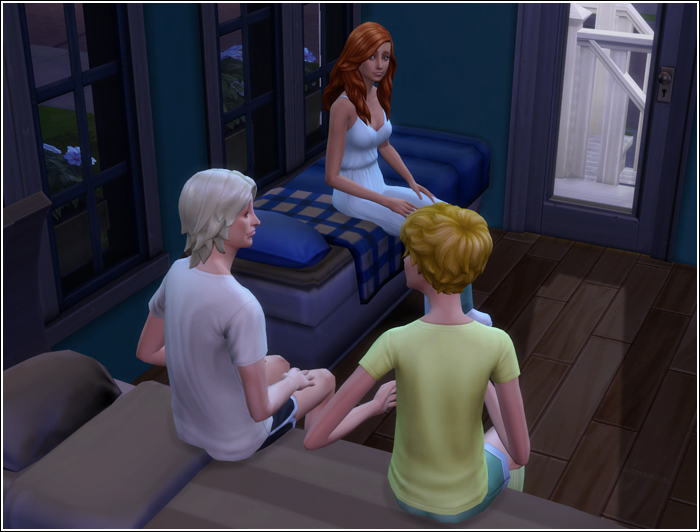 Unlike them I really didn't feel like talking. I crawled under the blanket, impolitely ignoring the two of them until they went to sleep. Soon I heard Conor's slow rhytmic breathing. As for myself, despite overall exhaustion the sleep avoided me. I could still see Ronan's body in my mind's eye.
​
For the first time in years I feared I would end up alone again with no family. But this time it would be much worse because I knew my family and loved them. I shouldn't have gone to Europe, I shouldn't have run away. I wasted a year I could spend with them. Oh, mother, Chris, please be alive, don't leave me. 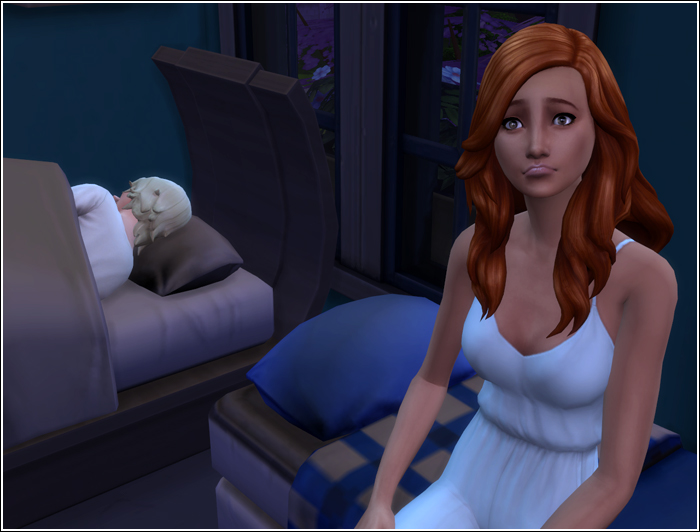 Pain. I felt it pulling me back into consciousness. I'm not dead yet then. I opened my eyes and squinted against the sharp white light. Another wave of pain exploded in my head. Oh, Watcher, this is not good. 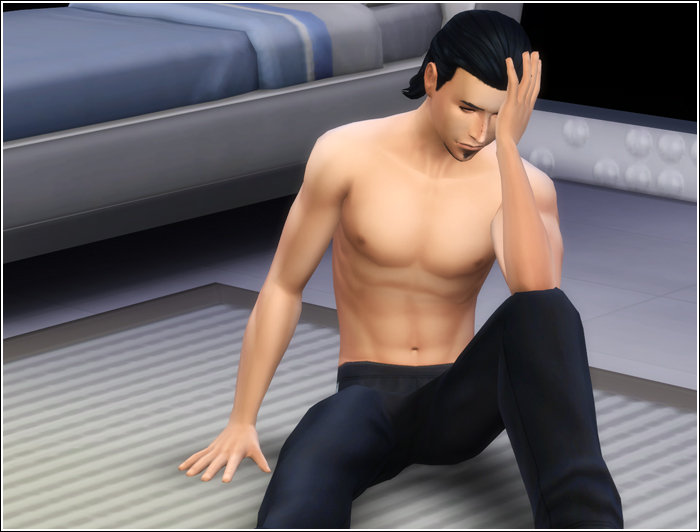 What else is not good? My breathing was a little bit painful. There might be few cracked ribs. Looks like they duffed me up pretty bad.
I remembered going for a jog to clear my head and think of a way to deal with that douche Ronan. I was too focused on solving Beryl's problem that I failed to follow my usual procedure when I returned home. I didn't check my traps. I opened the door and registered a fast moving object with the corner of my eye. I attempted to dodge the blow, but my reaction came a split second too late and they knocked me down, whoever they were.
I was alive. It meant I had something they wanted, but I was sure my mistake was yet going to cost me dear.
They might have won the first round, they even might win the second one, but I sure as hell won't let them win the third. 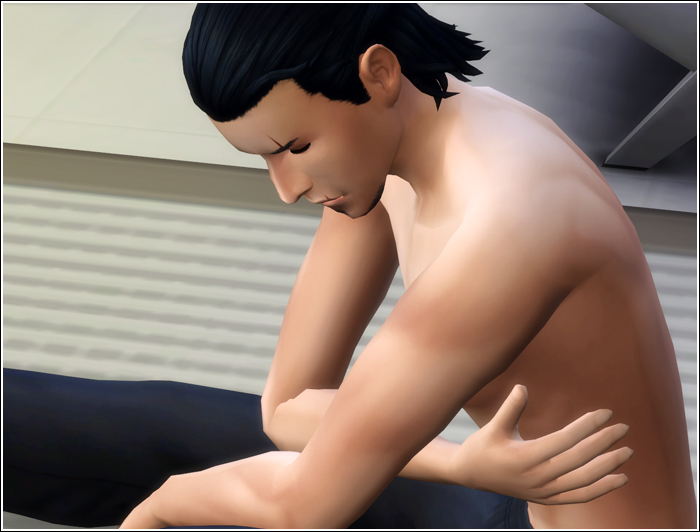 I checked the room carefully. The room was equipped with camera system. So they know I'm awake now. And they are not after my money if they can afford such modern place to hold me captive. The computer in the room suggested they decided not to meet me in person. Let's not keep them waiting then. 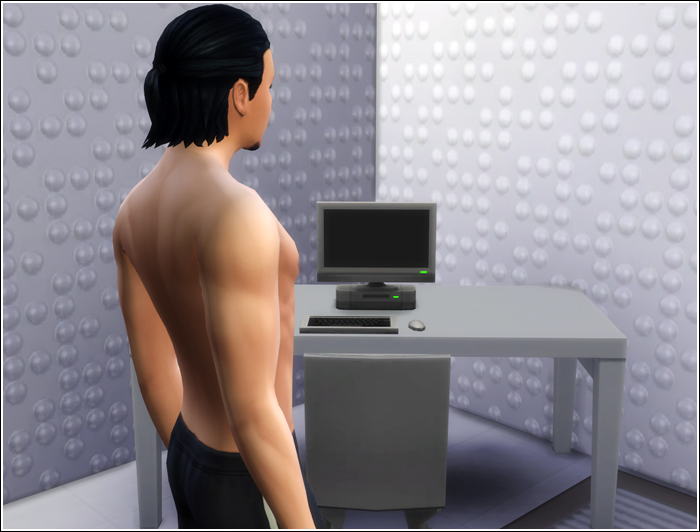 "Good morning, Mr. Corleonesi. Or can I call you Tony? ​I think I can. Did you sleep well, Tony?"

The Albino? Why the hell would he send his men after me? "Good morning, Mr. Lien. I slept well, thank you for asking."

"So you remember me after all."

"I remember all my former clients, Mr. Lien. Now, are you going to tell me, what I'm doing here?"

"That's strange. I thought you must have forgotten my name, Tony. I couldn't find another explanation why would you otherwise not only interfere with my business, but kill my employees, including a person I held most dear."

What? Fuck! I felt a lump in my throat and had to swallow hard. "I assure you, I didn't kill any of your people, Mr. Lien."

"Killed, caused their deaths, what does it matter? They are dead. The woman I loved is gone forever and her poor son grew up without her."

"Then I have to ask again, Mr. Lien, why am I here? Or rather, why am I still alive if this is what you believe?"

"I promised our mutual friend Michael Castelli not to kill you. At least not right away."

Michael fucking Castelli! Of course it was him again. Bloody backstabber!

"Michael was right, it would be too easy to just kill you. Very unsatisfying indeed. Instead, we're going to play a game, Tony. I find your skills useful and I'm in need of them. You will serve as my weapon for as long as it pleases me. Then I either kill you or find another use for you.
There are several individuals who are causing me trouble and I want them removed. That's where you come in. Some of these individuals are currently enjoying the fresh air of Granite Falls. What a coincidence that we are in Granite Falls too, don't you think?"

"And if I refuse to serve as your weapon?"

"Oh, I was really looking forward to the moment you would ask this question, Tony." The Albino bared his teeth. "I brought you gifts. Please, look to your left." 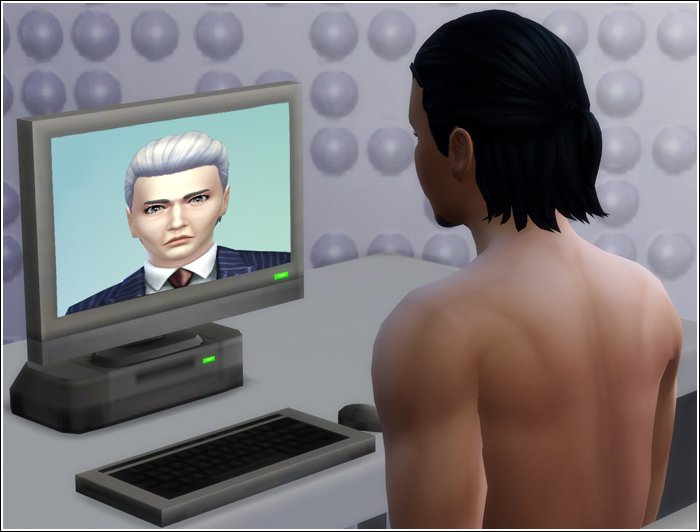 I heard soft buzzing and the paneling on the left side slid into the wall revealing a window into another cell identical to the one I was in. And there in their sleepwear sat Beryl and my son.
I was petrified.  They are dead, Tony, and you know it. It's only a question of how much extra time you can get them. Now you know why they let you live and what they really want. They want to break you. And they will most likely succeed. 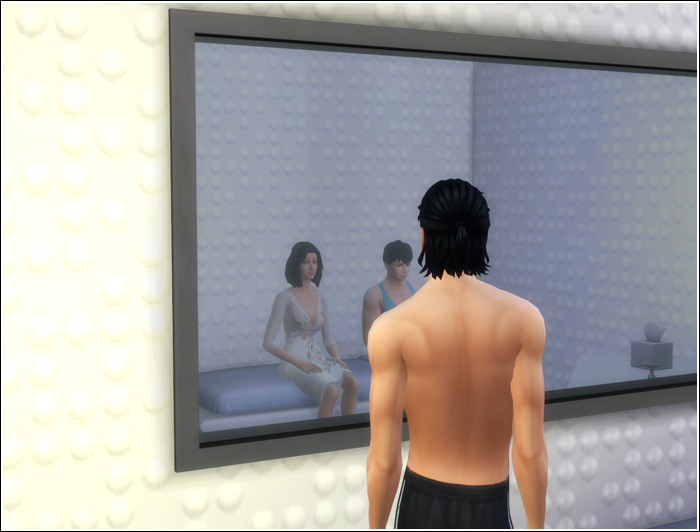 The voice in the computer kept talking I didn't listen to it until I heard another buzzing sound and the paneling on the opposite side started moving.

"...we also brought you your little lady dancer friend. I apologize for my men, they weren't sure which one of those two boys is your son so they took both of them. The more the merrier, right?"

...fuck! Son? I have another son? Is it possible or is it part of this game? ​Deep down inside I knew it was actually very possible. Watcher help them...

"I'm afraid they can't see you, nor hear you, Tony. Don't bother waving at them.
​Well then, I fullfiled my obligation as the host and introduced all our participants. Do you still refuse to play, Tony?" 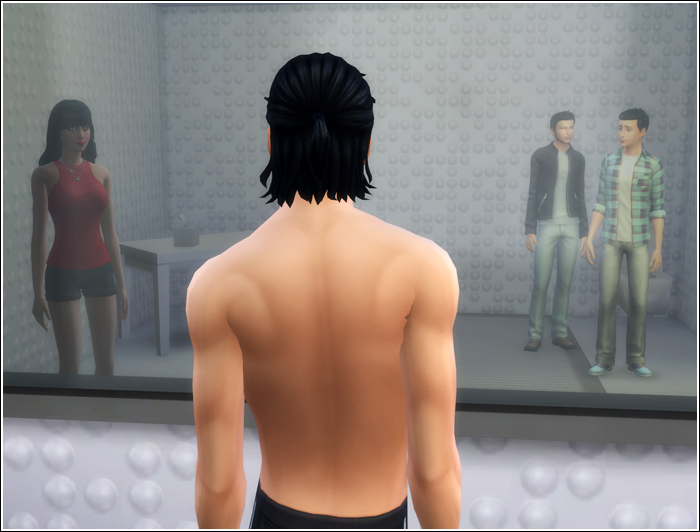 "Now, let me explain the rules to you. Listen carefully because I hate to repeat myself.
You will have one hour to get to your first target and eliminate it. ​You will pick up the gun on your way. You'll find the information regarding the location in the file on your computer just as the information on your targets. You'll be equipped with a phone and our special gps watch.
If you successfully complete your first task, one of the "Gifts" will be granted safe departure once the game in this area is over, no matter if you survive until the end of the game or not. But you don't decide which one of them it is.
You might save all of them one by one or none. If you try to call the police we shoot all the captives. If you fail to kill the target, we shoot one of them at random.  For each of your fails one of them dies. My men will follow you and watch your progress. Do you understand the rules, Tony?"

"Yes. Can I get some clothes and shoes?"

"That can be arranged. You have ten minutes to read the files, then my men will escort you out. Good hunting."

I studied the file and my mind was racing. I couldn't find any loophole in the rules. I won't be able to return in time when I get the gun. I have to at least kill the first target. Then maybe I could attempt to kill the men following me, but I have no idea how many of them there will be and what "toys" they're going to carry with them. I could get myself killed for nothing. No, I will have to follow the rules until I figure something out.

I opened the file with the info on the targets. Wait a minute... One particular name ignited a sparkle of hope in me and a plan started forming itself in my head. Maybe all is not lost yet. 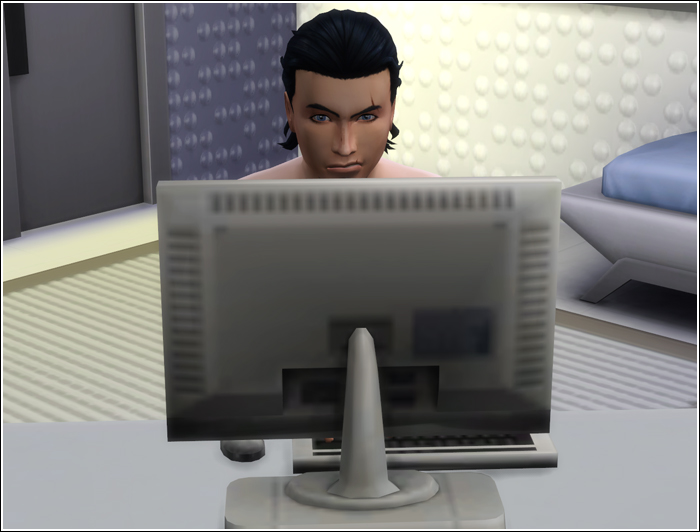