​3.15 Happy Birthday, Chris!
The day finally came. Beryl's little boy was having his first teenage birthday. She baked him his favourite cake. While the party guests were pouring in she couldn't stop wondering what would Christian's life be like. He often asked her about Tony and seemed to love his father, even though he didn't have much chance seeing him. Would Chris follow the same dark path as Tony. Hopefully not. For the sake of the legacy. 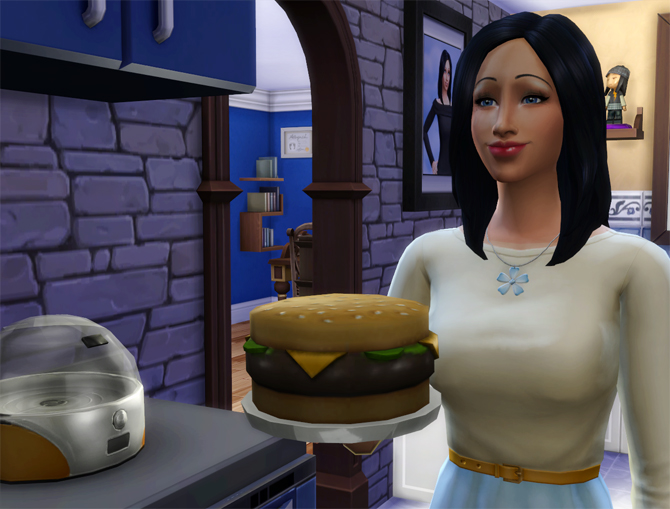 She was greeting the guessts and to her surprise Brian arrived accompanied by none other than Marissa Castelli.

"What is she doing here?" Beryl asked her brother when Marissa was out of earshot.
"She's my plus one," Brian said unfazed.
"You don't need a plus one for a family party."
"Look who's talking," Brian countered jerking his chin toward a guy waiting nearby. "What about your plus one, sis?"
"Um... that's Ronan. He's my boyfriend."
"I guessed as much. Well, I should probably tell you, that Marissa is my fiancé." 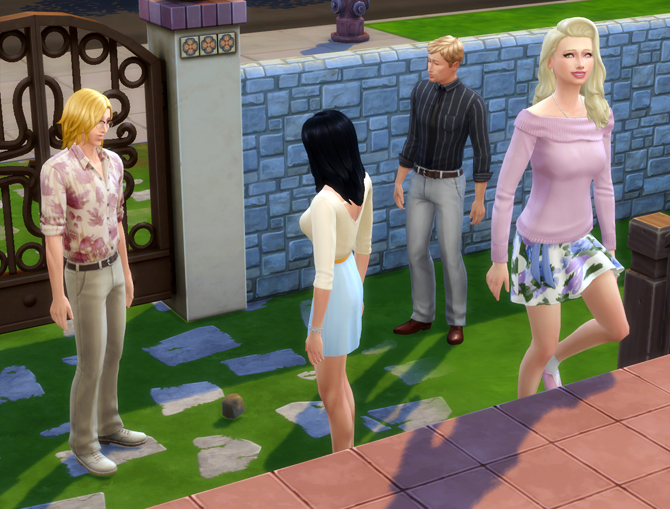 "What? When did this happen? How long have you been seeing her?"
"Sorry, sis, but that's between me and Marissa. We kept our dates private to avoid the attention of tabloid journalists."
"Are you sure you're not rushing things, Brian? What do you actually know about her?"
"I know enough to love her, Beryl. She's a good girl, just give her a chance. You'll like her."
​ 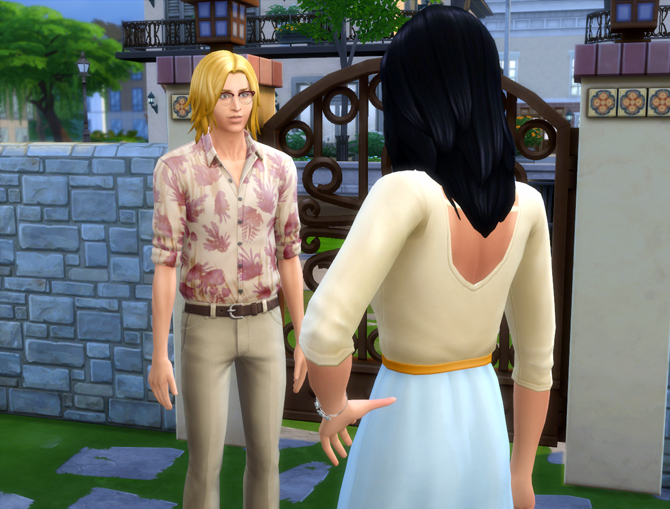 "I'm sorry, Brian. I didn't want to sound so harsh. If you love her, so can I. You have always been a better judge of character than me. I'm happy for you."
"Thank you Beryl. It would mean a lot to me if you could accept Marissa as a part of our family."
​ 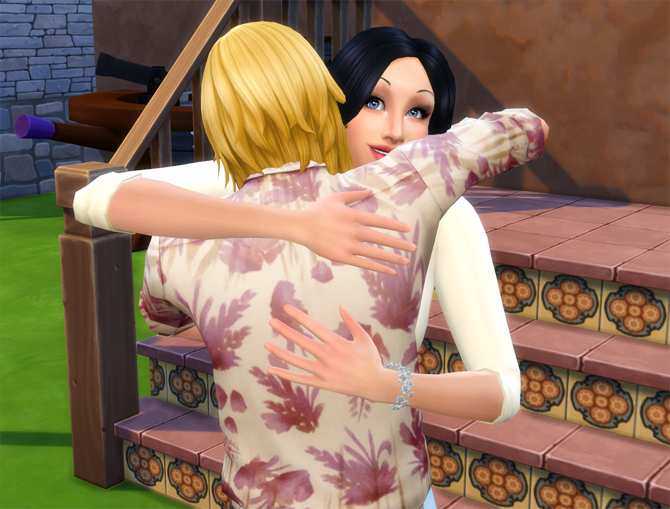 "I can't wait to hear what Bradley is going to say, when he finds out you and Marissa got engaged, while he's so desperately looking for his one true love in the middle of nowhere."
"Actually, I texted him. He replied, I quote: 'Isn't Marissa too old for you, brother?' That got me laughing, since I asked him the same question when he was making eyes on her at the party."
"I really hope he finds what he's looking for. I want each of my little brothers happy."
"And we want you to be happy as well, Beryl. Is it serious with that Ronan guy?"
​"Maybe." 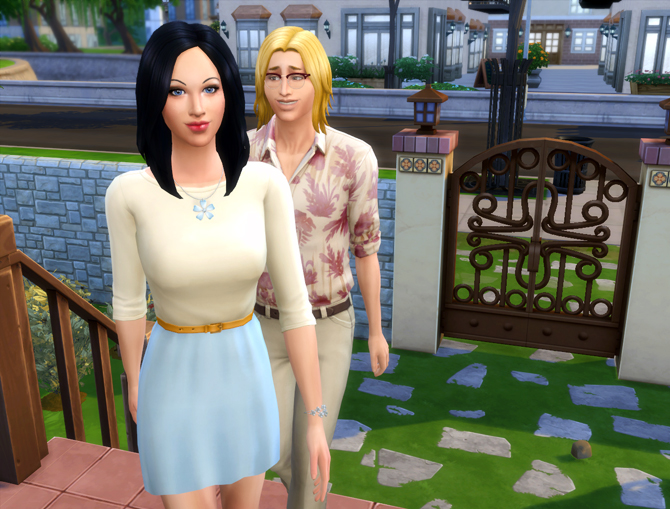 Brian found Marissa on the couch sipping from her drink to shake off her nervosity.
"Come, Marissa, let's play Don't wake the llama with the kids. Everything's going to be fine. I promise."
​ 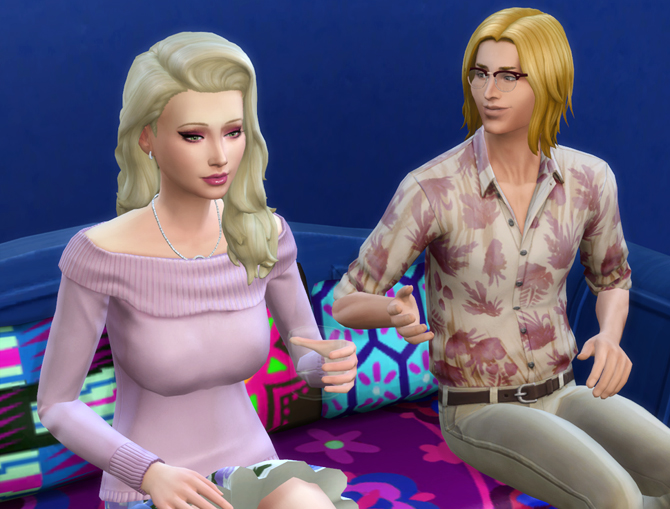 Chris and Kellie welcomed the opportunity to show their uncle and his beautiful girlfriend how it's done.
​ 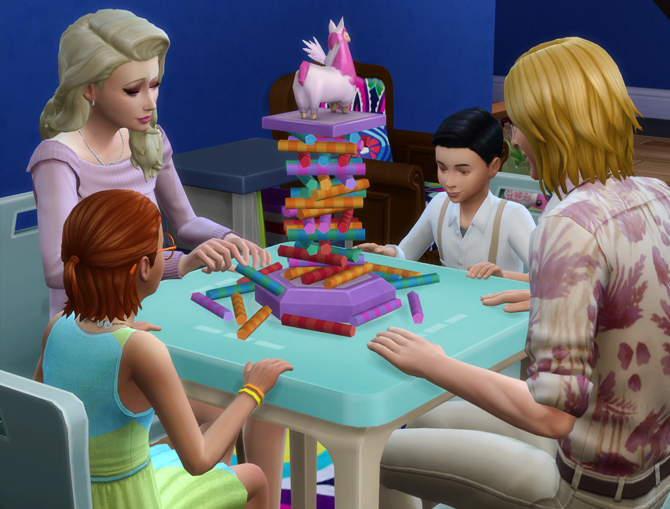 Brian was doing all he could not to wake the pink llama.
​ 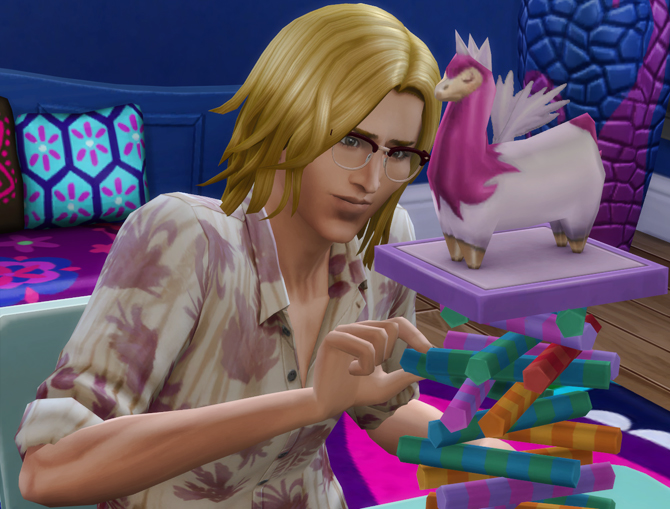 But in the end he was no match for the kids with their trained little fingers. He failed miserably and the kids rejoiced. Well, at least the game kept Marissa's mind off the argument with her father and lessened her nervosity from being surrounded by the Heffners. 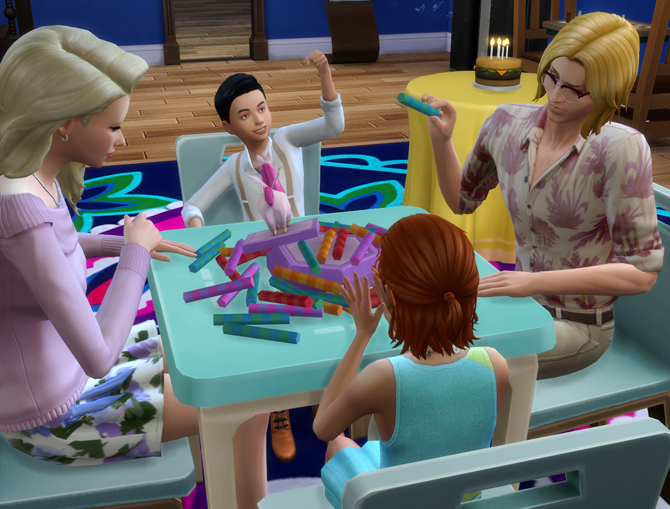 Brian's brother Bernd showed up too. When asked he admitted he's seeing someone, but didn't mention any particular name. And Brian didn't urge him to tell. He understood Bernd's need of privacy in the matter. They will learn in time. 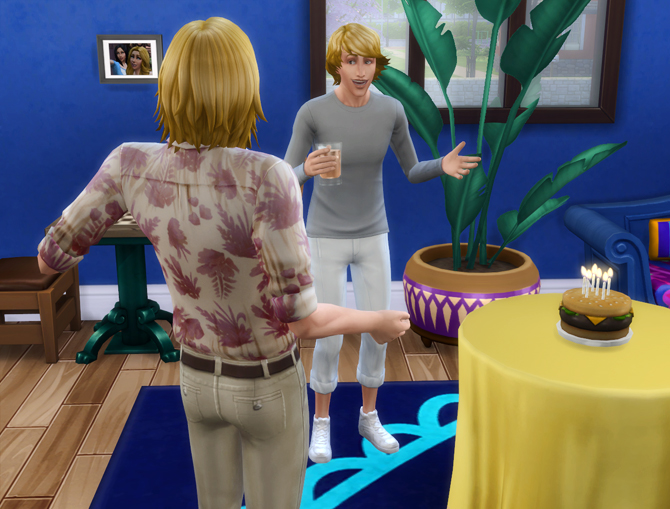 Elisa and Leona, Christian's cousins (and adoptive daughters of Beryl's oldest brother Bao) arrived to the party as well, although Elisa would probably be much happier at a party with kids of her own age.
​ 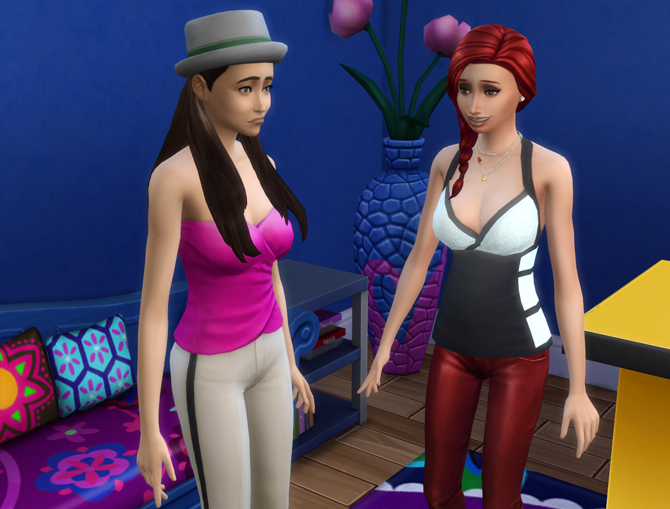 Kellie hugged her brother. "Happy birthday, Chris! I wish you could wait for me. Who am I going to play with now?"
"I'll still play with you, Kellie. But I need to age up, you know. Those Caliente brats are teenagers too now. If we both were still kids who would fight them?"
"You need allies, Chris! You can't fight them alone!"
"I know. I will find some at the high school, I'm sure." 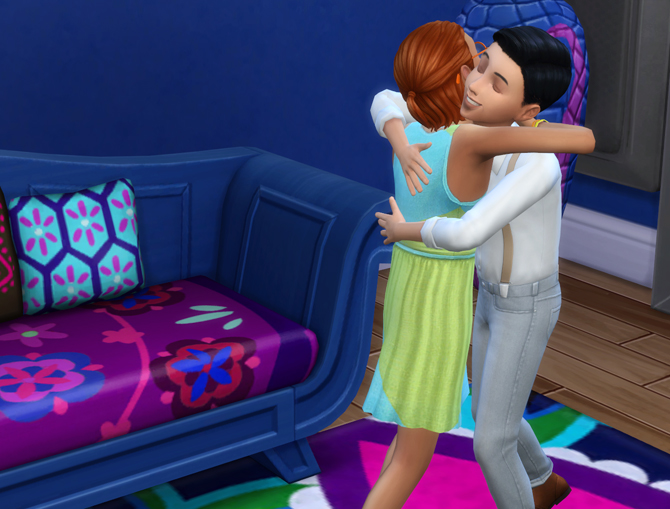 "Let me have one last picture with my little boy," Beryl insisted.
​"Okay, mom. Come here." 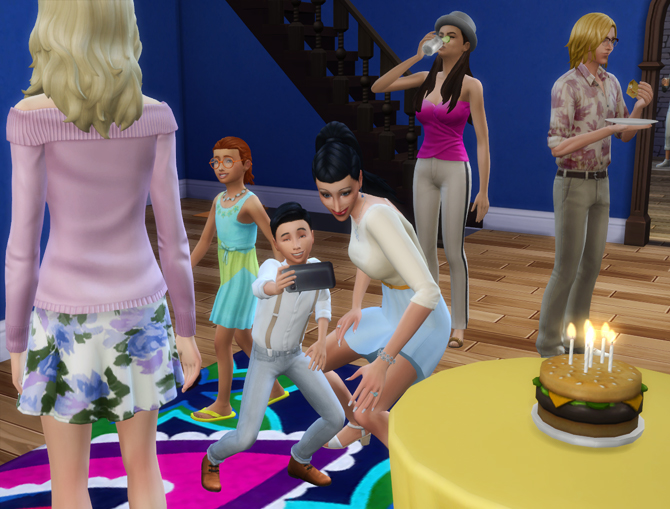 And then it was time for the birthday boy to blow out the candles and enter the next stage of his life. 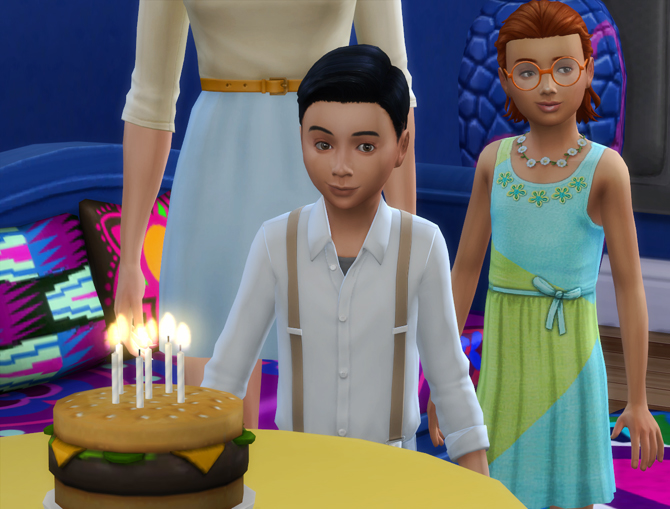 ​What should he wish for in his future? He didn't know. 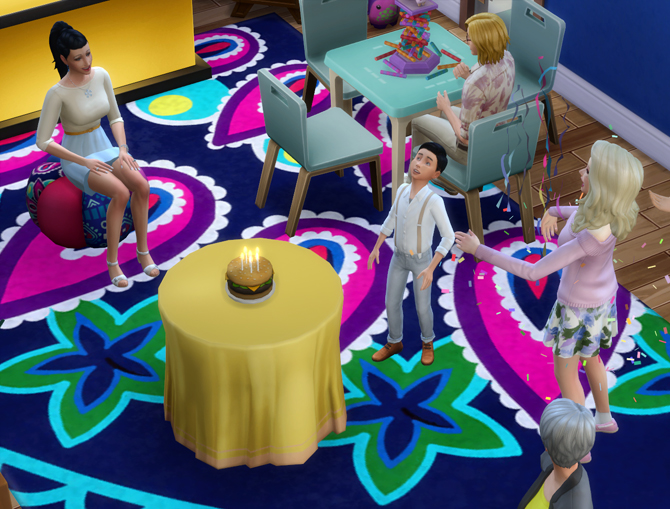 All he wanted was to have his father here at his birthday party. That was the most important thing. But his mother told him she texted him and got no reply. How could he forget about him? Where was he? Probably driving his fancy car elsewhere. I wish someone smashed his windows with a brick and puncture his tyres for not coming to my birthday party, then he would have to walk and you can't get as far away walking as when driving, Chris thought and giggled at the idea. 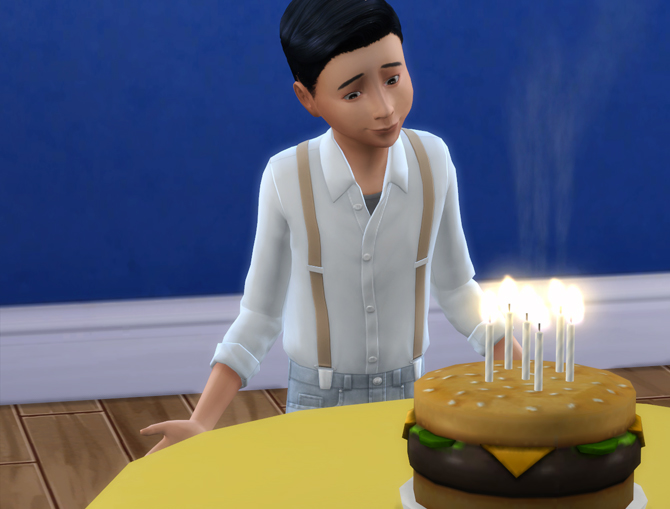 All it took was one spin and where there had been a little boy seconds ago, young man now stood.
​ 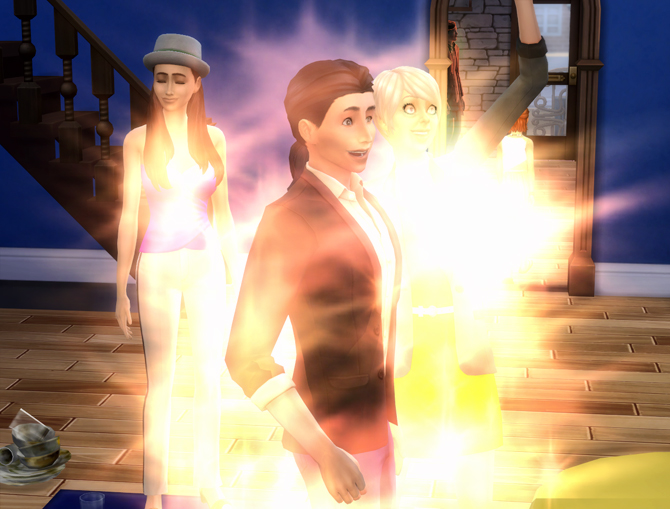 He took his first teenage selfie, but didn't like the ponytail much. He asked his mother to cut his hair right away. 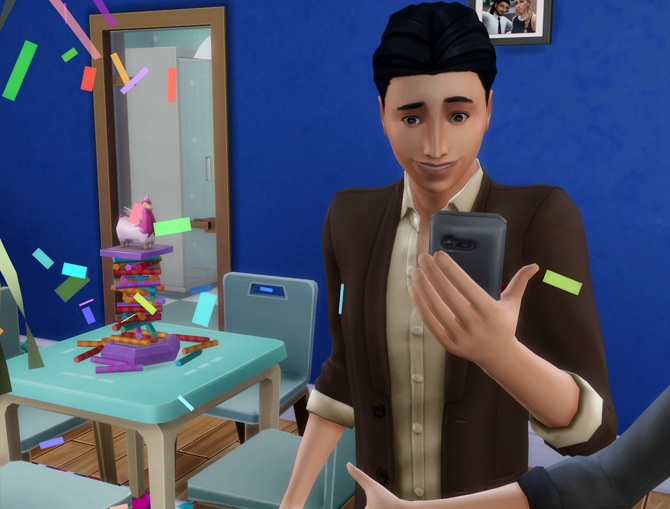 Then it was time to taste all those drinks he had been forgiven until now. Yes, life is going to be great now! 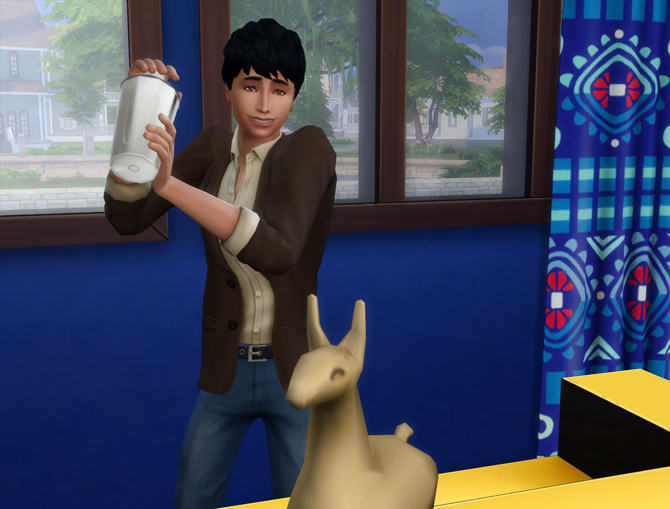 Beryl watched her son with mix of pride and pain. He turned out so handsome and now reminded her of his father even more. 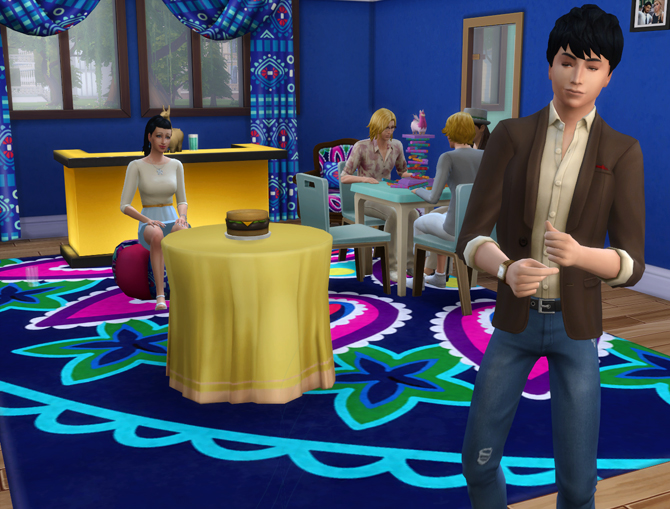 Later that night when Chris was standing at the pond in the backyard contemplating his future and what's it got in store for him, someone else joined him there. 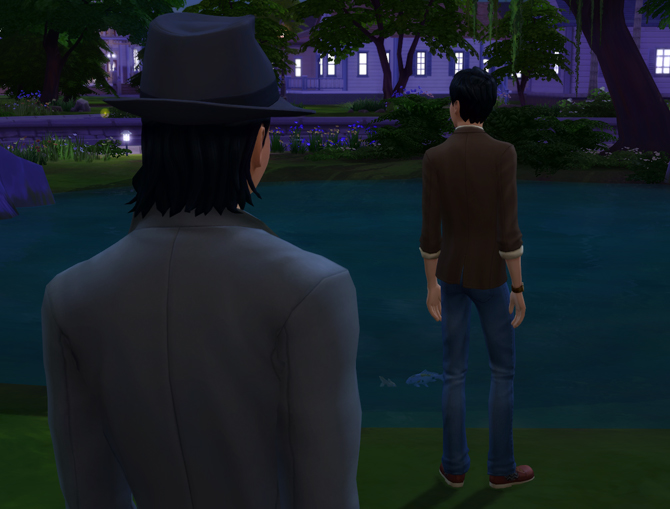 ​"Dad!"
"Catch!" his father said and tossed something in the air. Chris caught it and when he opened his hand there were car keyes on his palm. He looked at his dad quizzically.
"Your birthday gift. Last time I saw you, you liked my car. It's yours. White isn't my colour anyway."
"Wow! I don't know what to say, dad."
"You don't have to say anything. A simple hug for your old man would be nice though."
​ 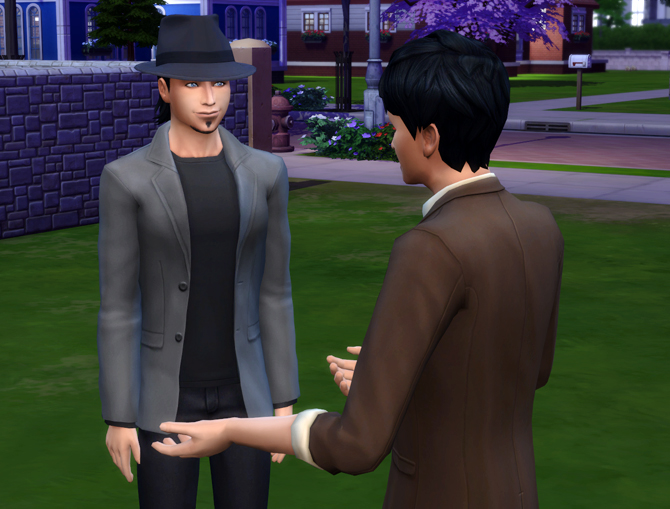 "A hug for a car. Seriously?"
"Yes. If it's not too much to ask."
"I'm glad you're here, dad. I really am."
"So am I. Sorry for not being around, Chris. It's been really hard not to see you growing up." He pulled away and held Chris at arms length. Look at you, my boy. You look really good. A little skinny though. You need to put some muscles on those bones. Will you do that? I want my boy to be strong. The ladies are going to love it too!"
"What ladies?" Chris asked innocently. Then they shared a laugh. 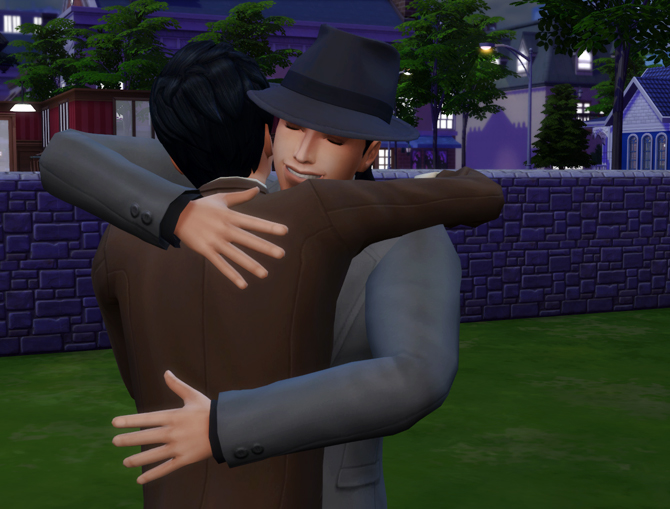 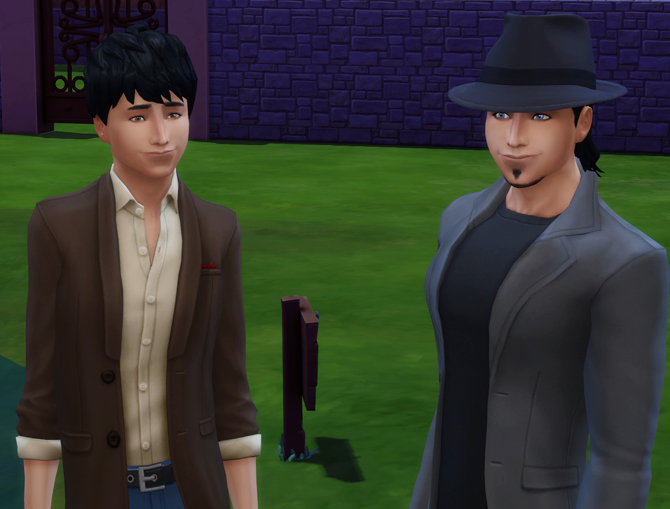 They slowly walked to the gate. Then they saw Beryl with Ronan. Tony took a deep breath. "You know what? Don't tell her anything. She might not appreciate it right now. Who is the guy anyway?"
"Don't know. Some Ronan Cain or Kane. Boyfriend of the month."
"Oh. Does he make her happy?"
"I suppose. But her eyes don't have the same gleam they had the night you kissed her in front of our house, if you know what I mean."
"I do."
​ 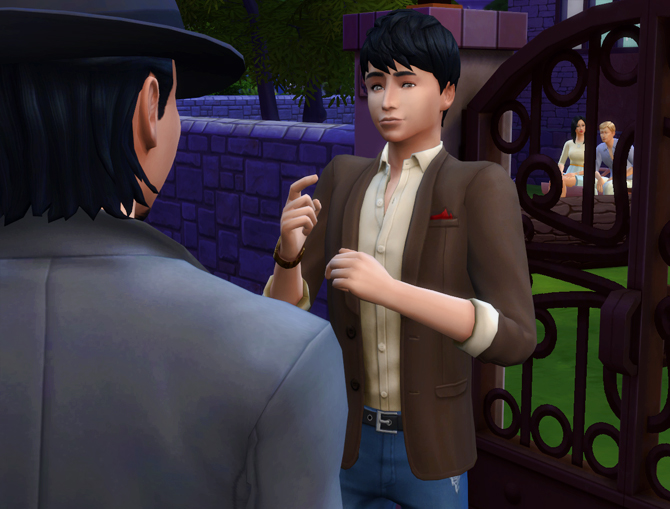 They said their goodbyes and Chris went to bed because tommorrow was his first day of Highschool.
​Tony lingered on to watch Beryl and this new guy he didn't know anything about yet. But that was about to change. 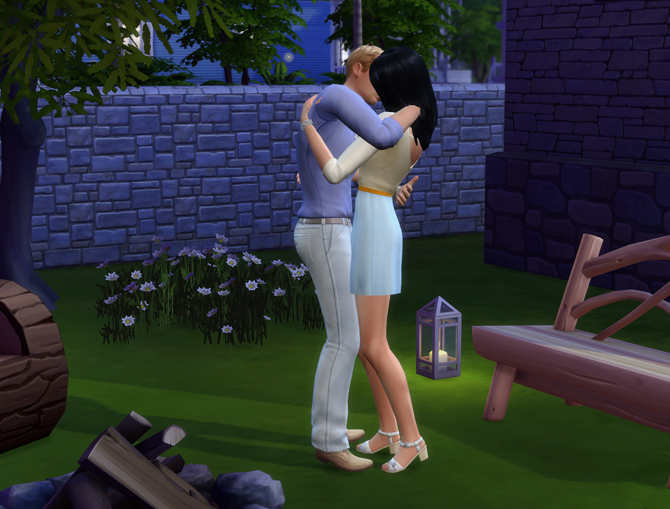 He also lingered long enough to witness one of the most important moments in Beryl's life.
​Things were happening too fast. Tony realized he didn't have much time if he wanted to do something about it. But did he? 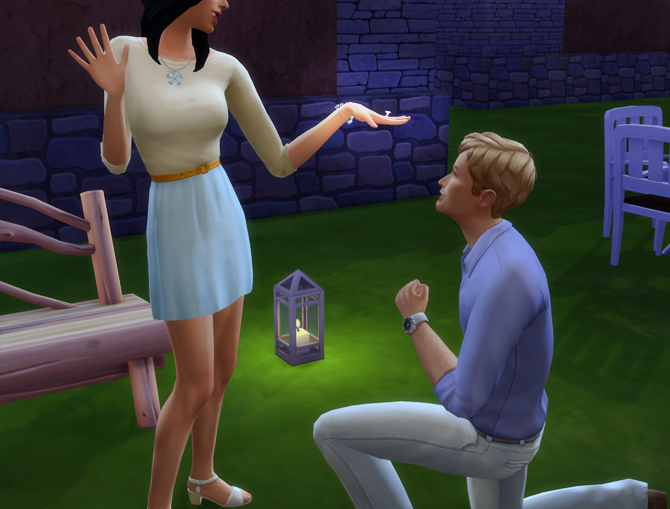