I came to school late today. Mom noticed Kellie skipped the breakfast and grilled me once again about what's going on with her. I tried to be as vague as possible in my replies, but I don't know how much longer I can do this.

I was lucky that our training hasn't started yet. Obviously I wasn't the only one who was delayed this morning. 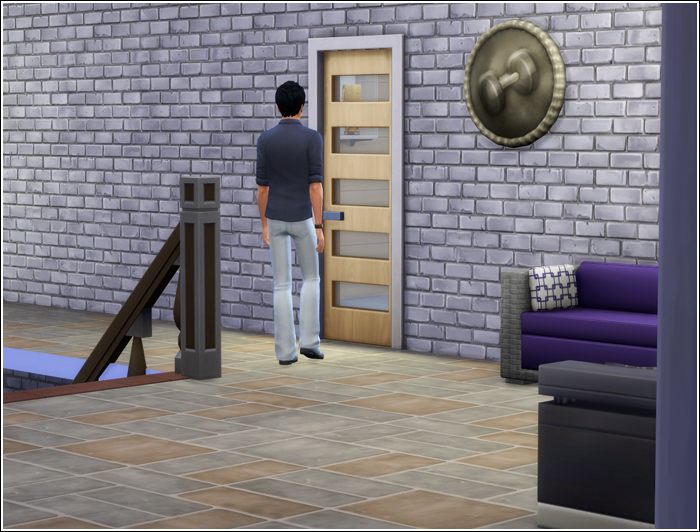 I was changing into my sportswear, thinking about how I was going to deal with all the stuff that weighed on my shoulders heavily, including the punishment of Max Caliente, when I overheard two guys on the other side of the lockers talking about a girl. 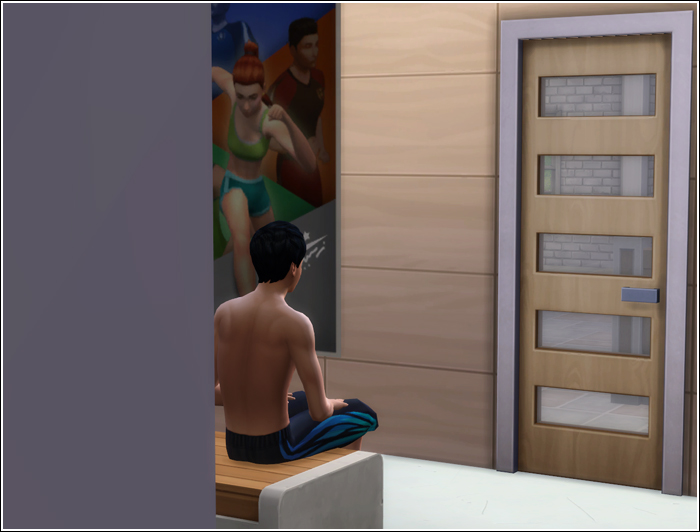 I thought their conversation was funny until I realized who they were talking about. 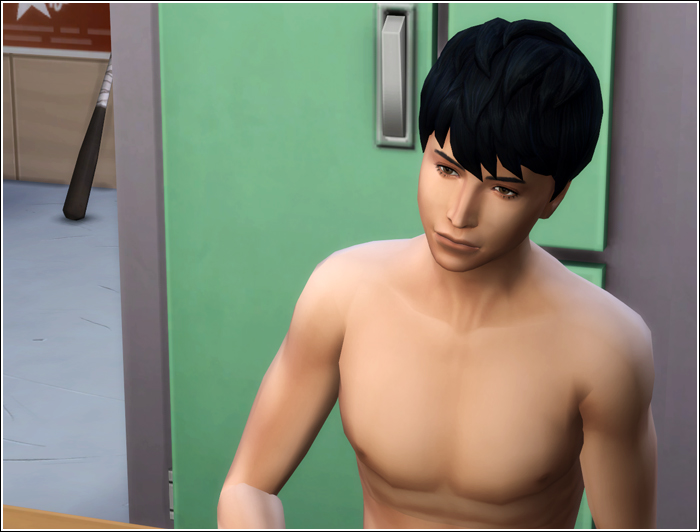 "...and have you seen this one, Darryl? Look at the dress. Pretty hot, huh?"
"Smokin'! Nice boobs! Who is she, dude? I need an escort for the next Friday's party."
"Come on, you really have no idea who she is?"
"Just tell me already." 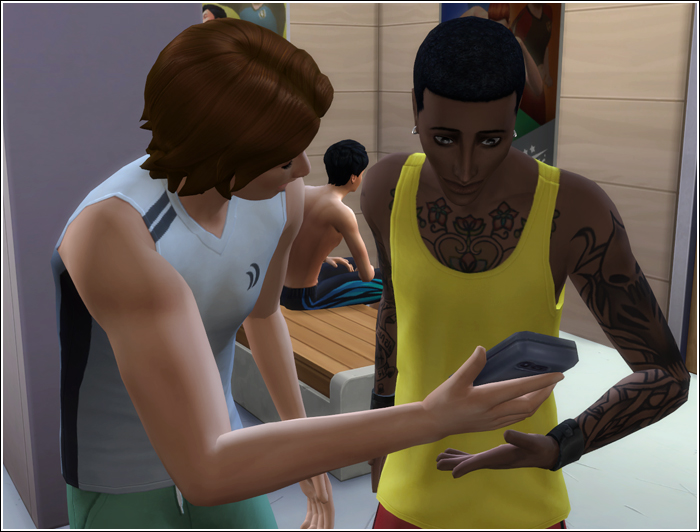 "That's Chris' Heffner sister, mate."
"Our Chris? But ain't that him she's kissing at the picture?"
"Yeah."
"Plum it...! Do you think he would still introduce me to her?"
"Before or after he's finished with her?"
"Dude! You're so funny!" 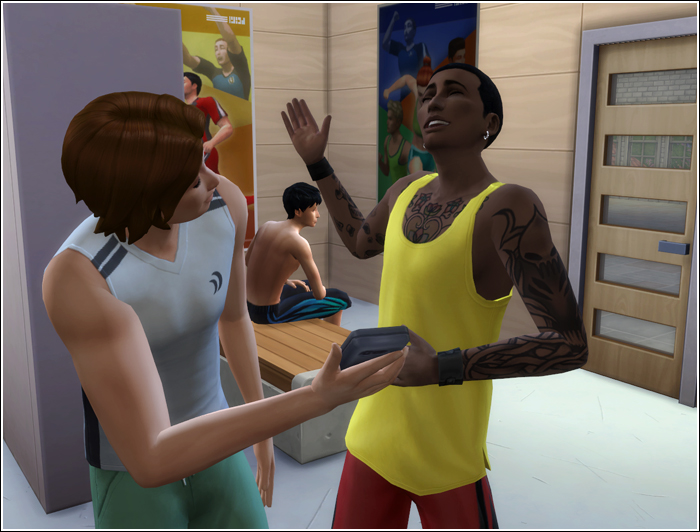 So, someone took a picture of me and Kellie that night. It didn't take a genius to guess who. Raven apparently wanted to have the last word. She targeted Kellie again to get at me.
Something dark inside me has awoken. I clenched the bench I was sitting on so tightly until my knuckles hurt. I wanted to hurt somebody, those two guys for having talked about Kellie the way they did. I had no idea where such rage came from. I knew I couldn't allow it to control me. It would only make things worse. But it was so damn hard to sit and do nothing when they were making lewd comments about me and my sister. 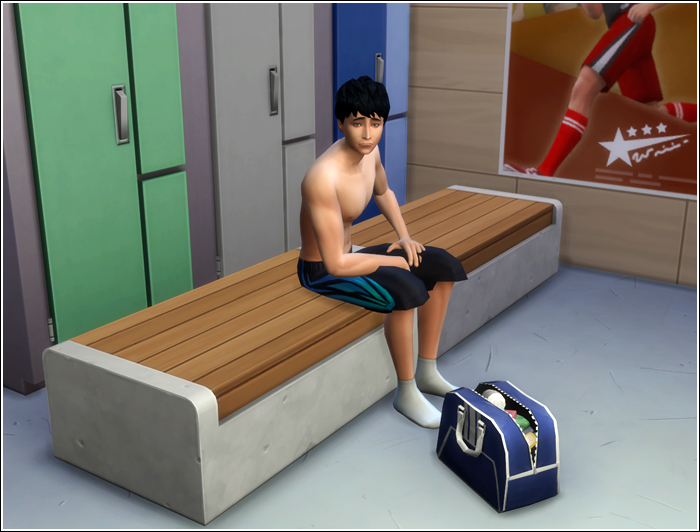 Unfortunately that was not the end of it. Darryl decided to bring up the matter of Kellie in the middle of the training. Maybe he just wanted to distract me from the game, I don't know. All I know is that he shouldn't have done that.

"Hey, Heffner. Saw a picture of your sis today."
"Oh, yeah?"
"I was thinking you could introduce us."
"Not going to happen, Simmons." 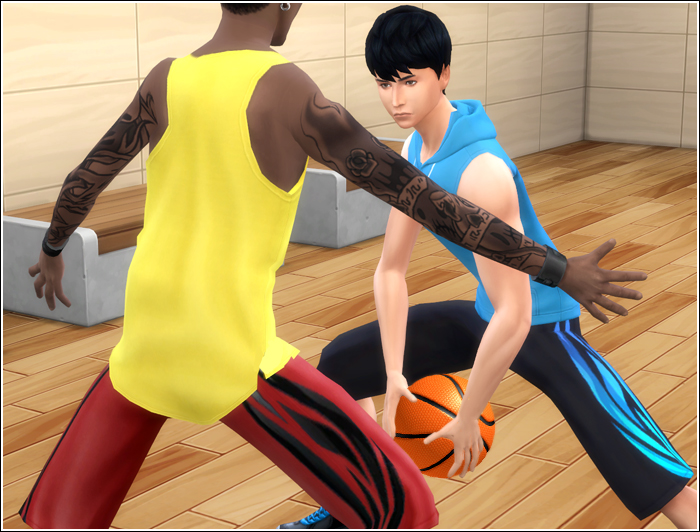 ​"Why not? I'm handsome. Ladies say I'm cute. And I will treat her nicely. I always treat my girls nicely. She would see a lot of good parties too."
"She's no one's girl and she most definitely won't be yours. Stay away from her! She's not for you!"
"So is it truth then? Are you banging her yourself, hehe?" 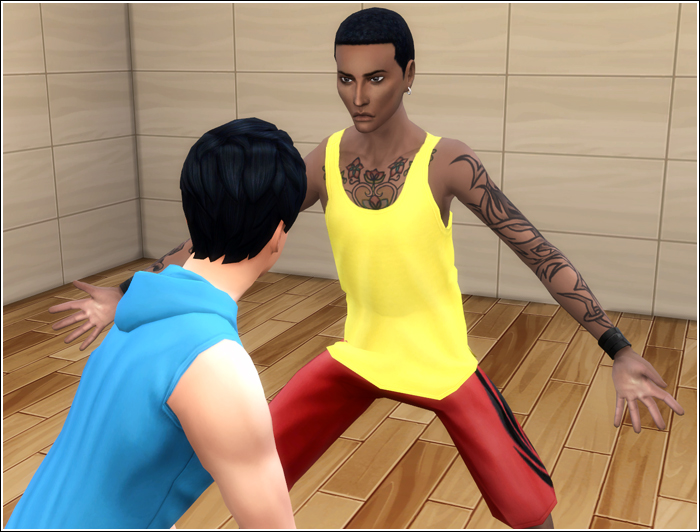 ​And that was it. I snapped. I've been under a lot of pressure lately. I needed to make things at home front okay again. I had to take care of Max and Javi. I needed to talk to Kellie and be friends with her again. I had to deal with mom's wedding too. I didn't tell anyone, not even Kellie when we were still talking, how sad I was that mom was going to marry someone who was not my father. I wanted her to be happy, but it bothered me at the same time.

The last thing I needed right now was to explain to every moron at school that I'm not sleeping with my sister.

I shoved the ball hard into Darryl's face. He wasn't expecting it of course. I heard a soft crack. The sound sent a wave of nausea through my stomach. I must have broken his nose. He dropped on his knees. With tears of pain streaming down his cheeks he was covering his bleeding nose with a palm of his hand and groaning into it. 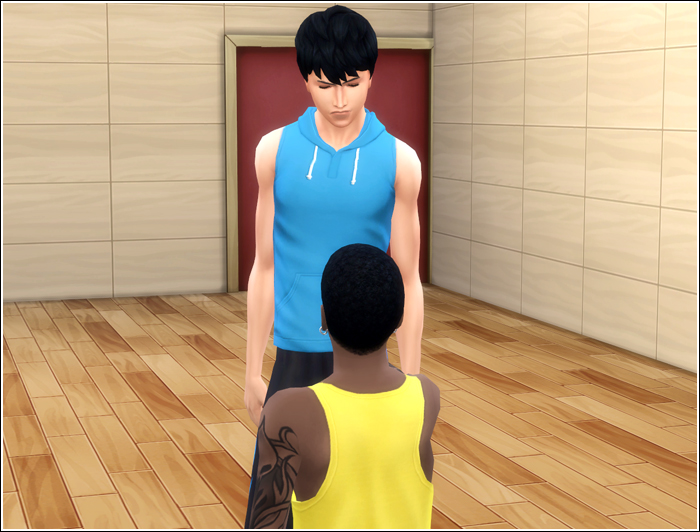 I felt oddly detached from my angry self in that moment. I would most likely hurt Darryl even more if the couch didn't start yelling at me and stop me. I thought of Max Caliente too and wished he was here, because in this state I would easily beat him up too. 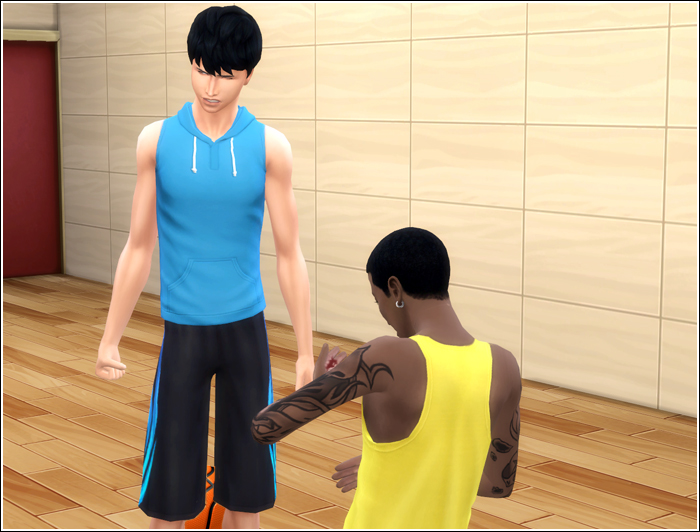 I ended up in the principal's office. Before I got there I cooled off and felt terrible for what I had done. Usually I tried to avoid violence. It only bred more violence and mostly you didn't accomplish anything. But I had two weak spots. Kellie and my mom. When someone was picking on them I started seeing red.

"Mr. Heffner, I heard that being a model student started to bore you to death and you decided to take on the path of a bully. Let me assure you that the path is a very short one and leads only out of this school."
"Yes, Mr. Leary. I promise it won't happen again." Please leave my mom out of this.
"No, it won't, if you want to keep studying at our school, young man. I have no choice but to notify your mother about your behaviour."
Shit. "Please, Mr. Leary..."
"Were you saying something, young man?"
"No, sir."
"You will also apologize to Mr. Simmons in front of his parents."
"I will, Mr.Leary."
​"You can go now." 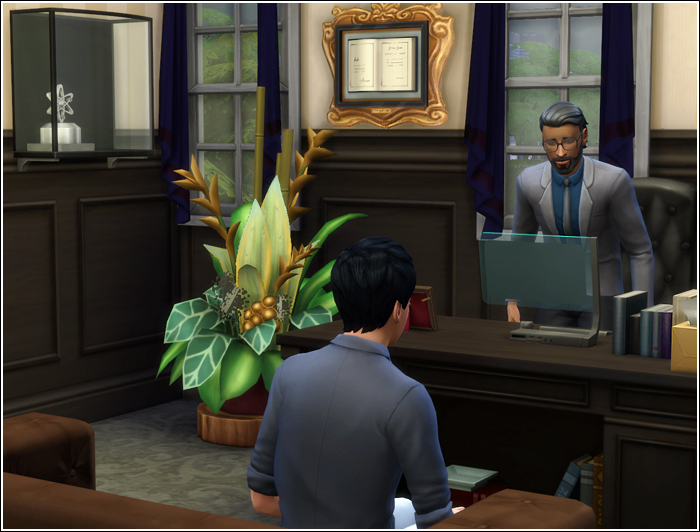 That went well. Now I'm a bully and a sister-banger. This day couldn't get any better. Or so I thought before I met Finn.

"Hey Chris. Have you heard what Raven Nightshade did?"
"Yes. The blasted picture of me and Kellie. I just broke someone's nose because of it and had a chat with the principal."
"What? What picture? I was talking about Raven spraying Kellie's locker with insults and throwing a drink into her face." 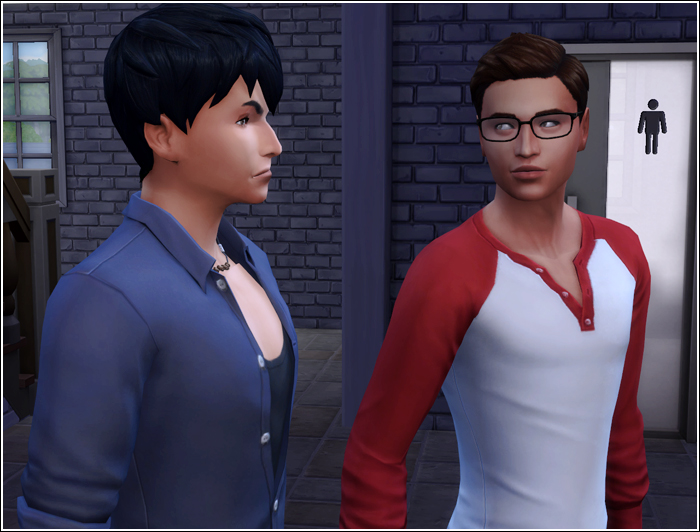 "What?!"
"You hear me. And guess what? Dale Huntington told me Kristi just stood there and watched it all and did nothing to help Kellie. It was Thomas, Raven's brother, who put a stop to it."
​"I swear, one of these days I'm going to do something bad to Raven.
​"That makes two of us." 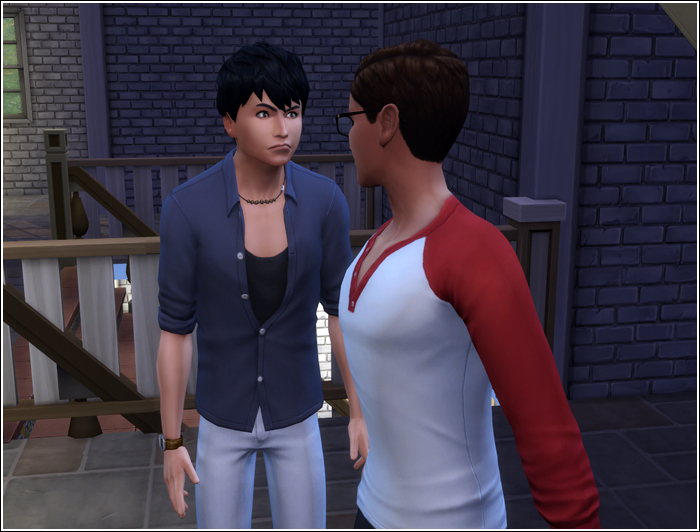 "What is wrong with people? First Raven started telling bloody lies about Kellie, then Max and Javier attempted to rape her in Oasis Springs and now this. When will they stop terrorizing her, Finn?" 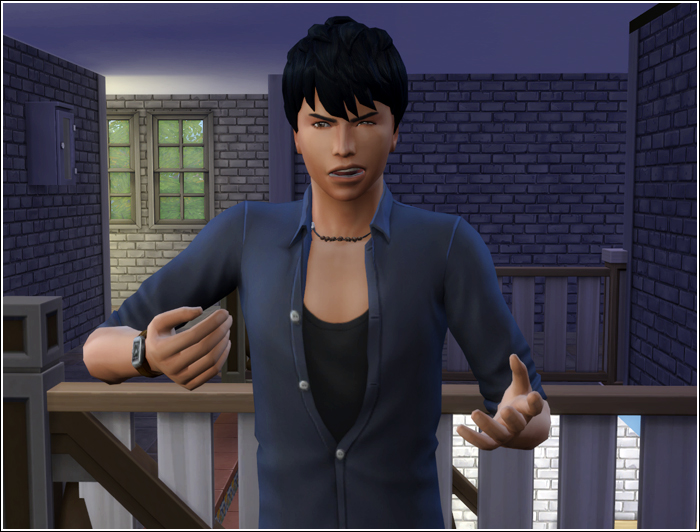 "They did WHAT? Those sons of bitches! What can I do to help, Chris? I need to do something!" 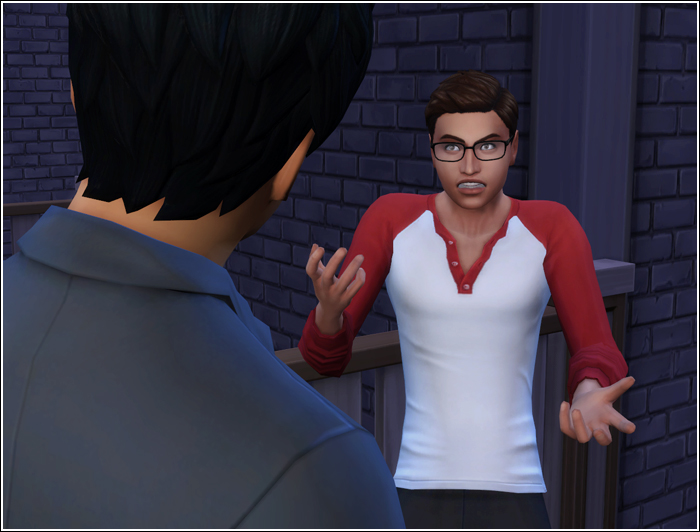 "Firstly, I want Kristi kicked out of our club. This is not how a friend should act. Secondly, we need to watch Kellie. She won't like it, but I don't want her to go anywhere alone."
"Of course, Chris."
​"Now I need to go and find her. Do you happen to know what class she has now?"
"Shoot... I heard that she went outside somewhere. With Thomas."
"Fuck. Let's hope he doesn't get any stupid ideas. I don't trust anyone these days. I wonder how many noses do I have to break to put an end to all this." 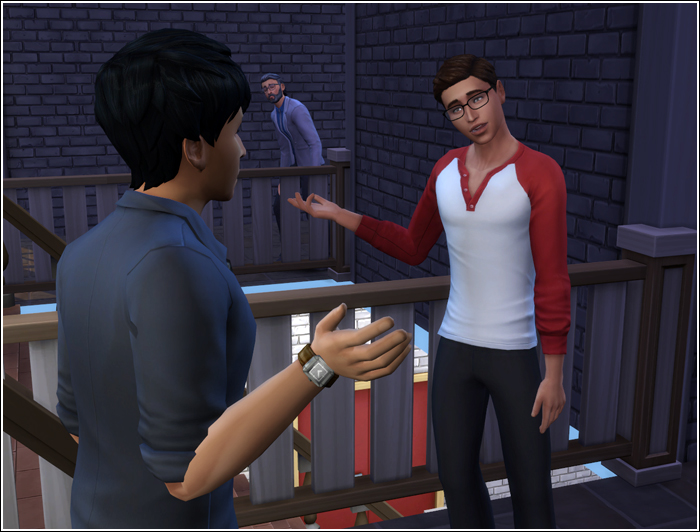 "Language, boys. And I heard you, Mr. Heffner. Don't forget what you promised in my office."
"Of course not, Mr. Leary."
Sigh. What else is going to happen today?

​Finn and I exchanged looks of understanding and then each of us went to do our part. 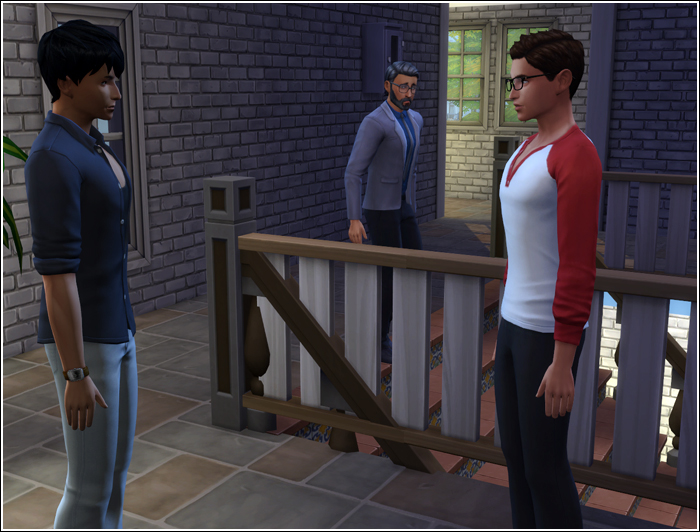 Okay. If I was Thomas where would I take Kellie? To the park most likely. 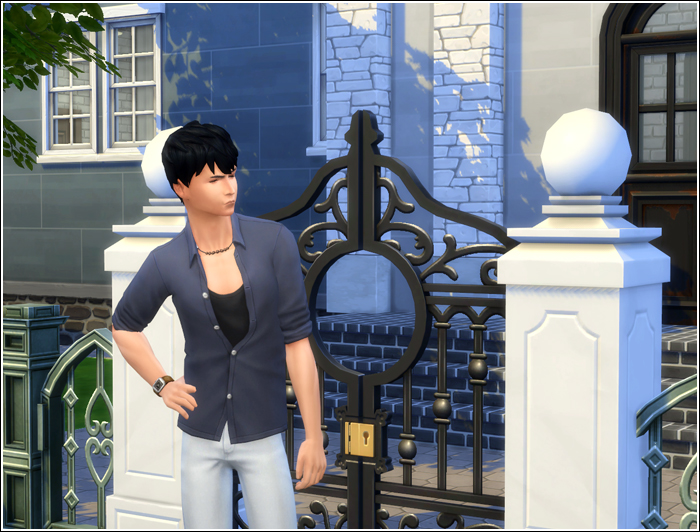 And indeed I found them there eventually. They were having a good time together. 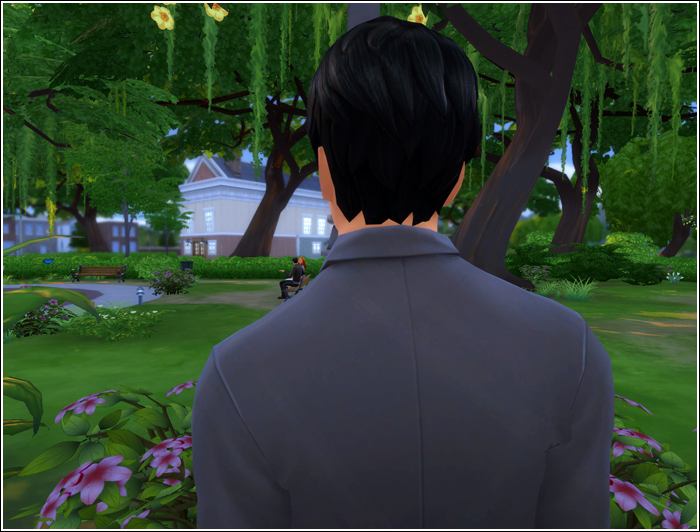 Kellie was laughing at something Thomas was saying. I felt relief that she's okay and a pang of jealousy too. It always used to be me who made her laugh. Now this guy was taking my place. He was there for Kellie when I wasn't. She was smiling at him. I missed that smile terribly. She's very beautiful as you must have noticed, my father said. And I didn't. Not until now when she was no longer seeking my company. 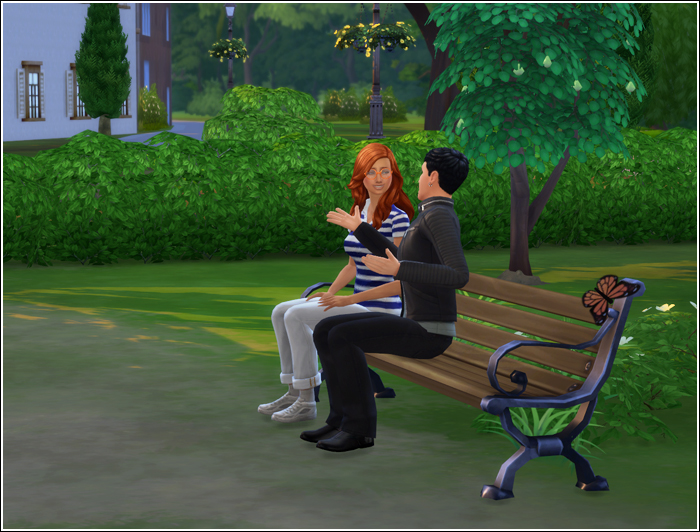 It really pained me to watch her smile disappear when she saw me. Thomas even felt it necessary to protect her from me. From me! Who else on Earth cared about her more than me? 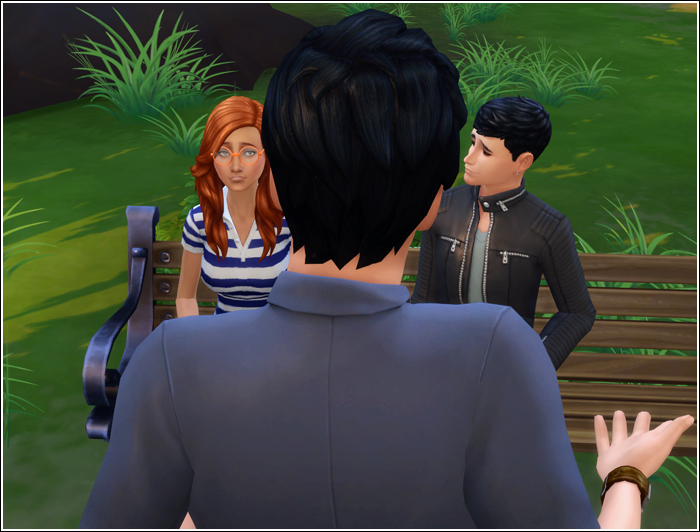 "We need to fix this, Kellie," I said when we were alone at last.
"I know."
"So why you keep avoiding me?"
"Because I was afraid. I thought I wasn't ready for this conversation."
"Are you now?"
She shrugged.
I told her what happened to me today. I also told her I heard about what Raven did to her. "I'm sorry, Kellie, it's my fault. I broke up with her and she wants to get at me by hurting you."
She shook her head vehemently. "What about the kiss, Chris? She didn't make that up. She must have felt threatened by me from the start. Even if only subconsciously."
I didn't know what to say to that. 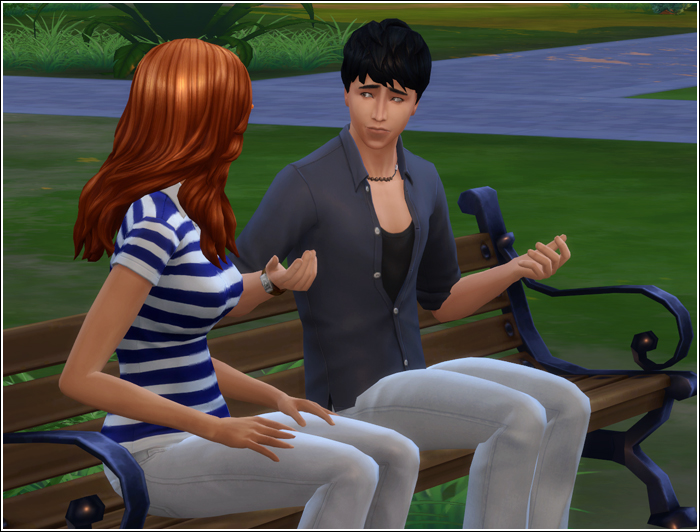 "I love you, Chris. I always have. I fought it, but to no effect. I kissed you because I love you. And if we weren't raised together it might have been okay. But the way it is... it would only bring shame on us. I would."
She has taken me aback with her frankness. I expected anything but this. Part of me was scared with her words, part of me felt warmed and moved by them. I took a deep breath.
"Kellie..."
She held up her hand. "I know you don't reciprocate my feelings. You made it pretty clear. It's fine."
Don't I? I wasn't sure what I felt anymore. "What are we gonna do about the mess in school? I can't let Raven or anyone else treat you this way. I'll never forgive myself for not being there when you needed me, Kellie. Especially when Max and..."
"So your father told you. Nothing happened thanks to Thomas. And I don't want to hear about it ever again."
"Shouldn't you go to the police and file a complaint or something?"
"And be dragged through more mud? No. As for the rumours about us two that I caused, I think I have a solution for that. At least where I'm concerned."
"You do?" I couldn't imagine what could possibly help with that. But my sister was a genius. She sure had a brilliant plan. 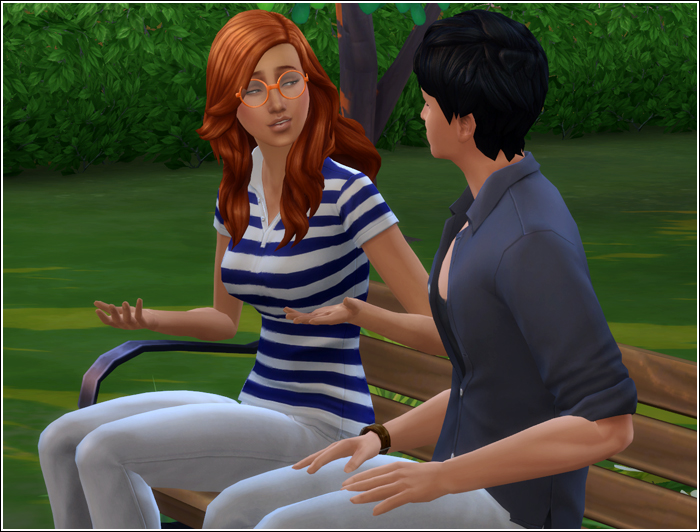 "Yes. I decided to apply to join the international student exchange programme. I'm pretty sure I'll get in easily."
"What? You're running away? That is your plan?"
"If you want to look at it that way, then yes. I'm running away. I'm sorry, Chris. I need to get you out of my head. I have to put a distance between us. Even if for a while."
"How long? And where?"
"Windenburg. For a year."
"A year!" I felt bad when we didn't talk for a few days and now I have to deal with her away for a year?
"When? And what on Earth gave you this idea?"
"If everything goes well with my application, I'll be leaving right after mom's wedding. As for what gave me the idea... Your father did." 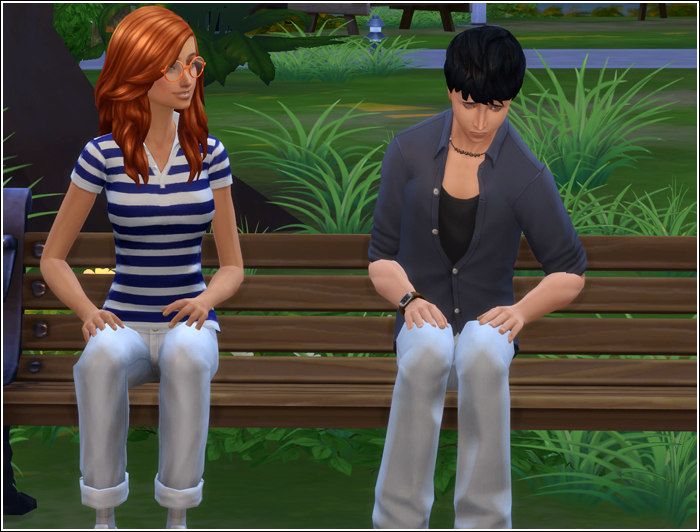 ​Why the hell would my father think it's a good idea to separate me from my sister? 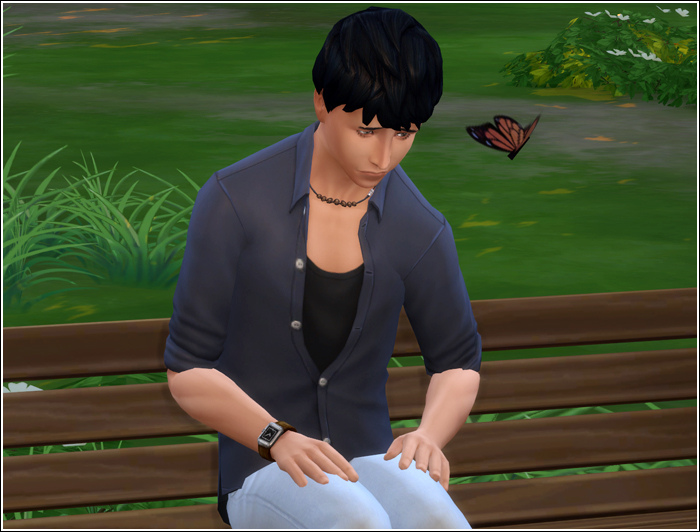